The Best Men's Hats Every Guy Should Know

Hone in on the right hat for you

We’re just going to come out and say it. Aside from baseball caps, hats are notoriously hard for guys to get right. Aiming for Cary Grant and looking more like K.Fed? Not ideal. But don’t give up hope! Much like the shoes you wear or the scent you spritz, the best men’s hats can take your style up a notch, setting you apart from your bare-headed brethren. Meaning? It’s worth training your topper game.

Here at SG HQ, we want to help you realize your headwear fantasies. Paired with the right outfit, you could achieve style icon status in your own right – and that’s what were all here for anyway.

Below, the best men’s hats, and how to wear them:

How to wear a fedora

How it got its name: Named after a French play, this hat was originally intended just for women. However, with its moderate brim and soft, customizable style, it quickly became a timeless men’s classic, too.

Why the fedora is one of the best men’s hats out there:

How to wear a Panama Hat

How it got its name: Deceptively not from Panama, but made famous from Roosevelt’s trip to the Panama Canal. Originating in Ecuador, the Panama Hat are lightweight, composed of weaved straw, and traditionally light-colored.

Who wears it: Of course worn by Roosevelt, this hat has also been made famous by Sean Connery, and Paul Newman.

What makes the Panama hat one of the best men’s hats to wear in a stylish way:

How to wear a Pork Pie Hat

How it got its name: Aptly named for its pork pie resemblance, this recently revived style is usually made of felt or straw. The pork pie hat is quite short with a round crown, flat top, and flipped up brim all the way around.

Who wears it: Originally popularized by Buster Keaton; however, you may remember this bad boy being worn by Walter White in Breaking Bad. Now, you’re probably seeing it more than ever as it’s in a trending upswing.

Why the pork pie hat is one of the best men’s hats to wear:

While we don’t usually play favorites, we’ve gotta admit. Of the three hat styles above, the fedora feels like the easiest one to wear in a stylish way. Of course, that’s not counting baseball caps, which we really do love!

Below, a few more outfit ideas for wearing with a wide-brimmed fedora:

Wear it Well: Keep your look relaxed with the top two buttons of your henleyundone and jacket open.

Just be sure to take the hat off indoors.

Wear it Well: Keep your flannel untucked to keep from looking like Farmer Dan at the farmer’s market.

Wear it Well: Ditch the jacket’s hood and rock it open whenever it’s warm enough out.

Psst: You can also wear a wide-brimmed hat with shorts.

Wear it Well: Tuck in your shirt, but leave your denim jacket open to show the small graphic print on your shirt.

Looking for more ideas on how to wear a denim jacket? We’ve got you.

Wear it Well: Cuff your jeans to show off your #sockgame. And if you’re feeling frisky, throw a denim jacket in a darker shade over the whole outfit for seriously rugged vibes.

P.S. Is this all totally overwhelming still? Then you might want to shop with Team SG!

Let us rescue you from shopping fatigue and sartorial apathy. Work with us to style upgrade ya, and we promise you’ll get a promotion at your job…No, just kidding. We obviously can’t promise that. But we can promise the kind of personal attention and care that will make you feel like the best version of the awesome guy you already are!

If you’re ready for a lewk to change your life, or simply jump right to the end of the shopping process, give us a shout. 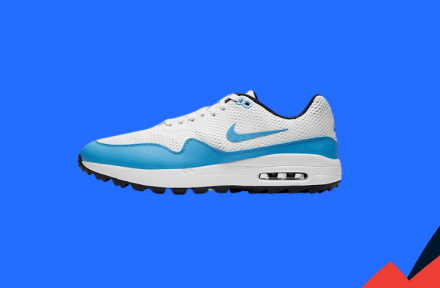 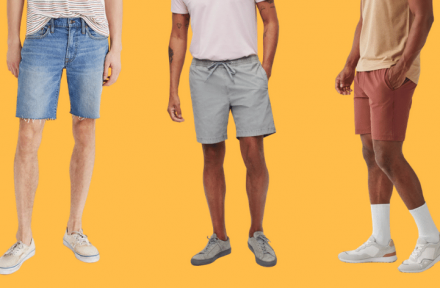 Style How to Wear Shorts: Style Tips and Outfit Ideas for Guys 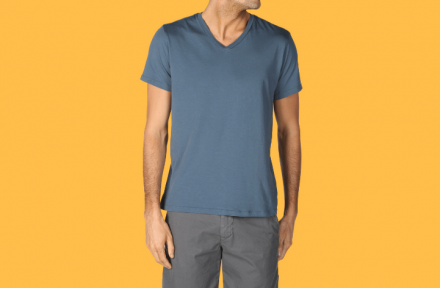