2013 Resolutions: A Look Back at the Wins (and Losses) of the Year - Style Girlfriend
Skip to content

2013 Resolutions: A Look Back at the Wins (and Losses) of the Year

2013 Resolutions: A Look Back at the Wins (and Losses) of the Year 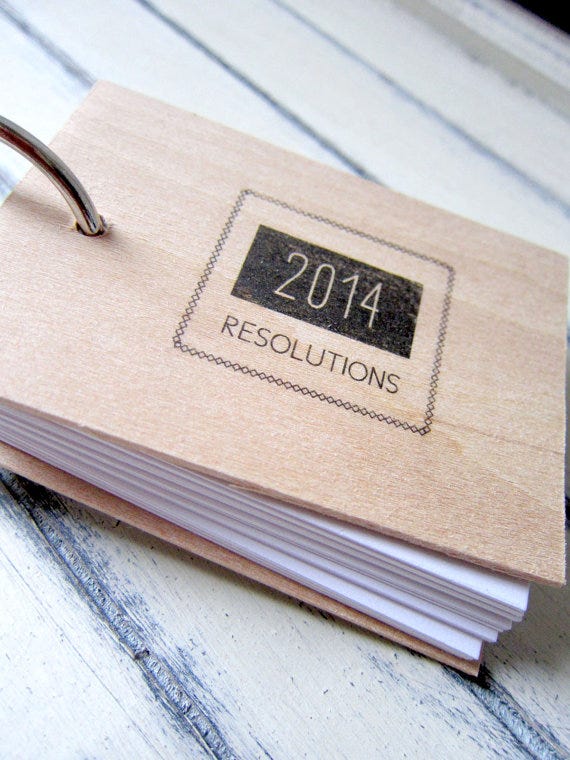 Happy New Year, guys! Did you miss me? I missed you. I can barely count the number of times a flash of an idea I wanted to share with you sat me straight up…before slowly rolling back over and going back to napping on my parents’ couch in Wisconsin whilst wearing very grungy sweatpants that I would never want any of you to see me in.

Once I finally got back to reality (and into real pants again), I considered what I wanted to write about this week – outerwear on sale? the importance of tipping your barber well at the holidays? Yes, all of those things, but first, I want to close the book on 2013 – with talk of resolutions kept and resolutions broken. Seems fair to keep myself accountable; I expect it from you guys, so it ought to work both ways.

So, let’s first look back, with my past year’s resolutions below. Let’s see how I did, and let’s hear about how you did with yours. Tomorrow, we’ll get to our goals (lofty and otherwise) for 2014.

“This year, I’m going to focus on buying less while reminding myself I’m really getting more.”

And I did! In 2013, I became the proud owner of a stupidly beautiful leather bag, a gorgeous and sturdy wallet that nearly set me in tears when I handed over my credit card to buy it, and a few great pairs of shoes. I even splurged on a few facials to keep my skin in check, rather than giving it attention only after disturbances (ahem) popped up.

And what about the personal resolutions?

They still fell under the “less, but better” mantra, though their scope was a little more broad. A reminder:

Nailed it. Her, American Hustle, The Hunger Games: Catching Fire, and all three Iron Man movies (I know! Can you belive I’d somehow missed those in theatres) topped my list of faves this year.

An ongoing process, I think. Sometimes it’s hard to determine who’s negative, and with whom I’ve just let a good relationship deteriorate into a bad one. For the most part, though, I’m much happier with the people I’m surround by (both online and off). Probably a good part of that is my reactions to them.

3. Get all “Save the Last Dance” on somebody

Ha, uhh, so this one..well, it didn’t go so well. But I tried? After a year feeling pretty badly burned by the endeavor early in the year, I think I might be ready to try again. But not an actual dance class this time – Zumba, maybe or some kind of cardio dance class? But not like, a DANCE CLASS. No one in leg warmers, no one who gives directions about moves I’ve never heard of without explaining them. Let’s take things slower. I need to learn to walk before I can dance, apparently.

4. Close up shop on Saturdays

Another one that I didn’t really succeed on. It’s funny. This seemed to be such a good resolution – I’ll get out more! Breathe in fresh air, give my eyes a break from squinting at my computer screen! But funny thing about loving what you do..it really doesn’t feel like work. When I tried to force myself not to work on Saturdays, it ended up stressing me more than anything else.

So I changed the resolution a few months into the year. Abandoned it, really. I started doing something ELSE first, though. With my half-marathon training, that something was my long run. But even after, I found a good deep clean of my apartment gave me a clear head for whatever I wanted to do after. Sometimes that was work; sometimes it wasn’t. But I felt better putting myself back into the driver’s seat of my time, rather than a well-meaning but ultimately wrong-for-me “should.”

What what! Check a-a-a-and check. Running two half marathons this year gave me such a sense of accomplishment. I think the only thing that could have felt better would be to pop a baby out at the end and receive an honorary doctorate from an ivy league. And be made a U.S. senator.

It just felt awesome to push your body beyond what you thought were its limits. Training and running these races made me feel like I could do anything, and I’ll continue to run them for years to come I hope (not anything longer, though..I kept hearing, “You’ll want to run a full after completing your first  half!”, but it’s simply not in my bucket list. Major respect to anyone who does ’em, though)

6. Fight the good fight for girls

Yes, SG is about clothes, but it’s really about living with style in all aspects of your life. And I love that we can have open, honest conversations on here about just how to do that. In 2013, I started talking more about the stuff that somehow seems to fall in between Mars and Venus. If any of this helps you understand the mysterious female mind a little better, I’m glad. For both my happily married readers and those readers still happily looking, I could probably do a better job of talking about how to be a good partner. Expect (a bit) more of that in 2014.