A rebuttal to "Say yes to the suit"

My friend Steve is getting married (he bought a tuxedo; his groomsmen are renting) at the end of this month. He had some things to say about my stand on groomsmen buying suits for a wedding. I’ve included his argument below, in its entirety. My comments in italicized parentheses within:

“See, girls have dreamed their whole lives about getting married (true) and being bridesmaids in each other’s weddings (false). There is not a single guy who has ever spent one minute worrying about being a groomsman in someone else’s wedding. While girls think it’s an honor to stand as a bridesmaid, guys think it’s a hassle and would much rather sit in the back and heckle.  Now, in addition to making them miserable by forcing them to stand near somebody who’s getting married (miserable? miserable’s a pretty strong word. are you sure your friends like you?), you want to force them to spend hundreds of dollars on a suit / tuxedo AND a shirt AND shoes? (nope, I never said anything about a shirt and shoes)

You know this, but suits and tuxedos are expensive (hence my reccos of 9 tailors and Suit Supply). The premise of your piece is not just that guys should HAVE to spend the money because girls have to do that to be bridesmaids.  It’s also that guys should WANT to spend hundreds of extra dollars on a suit or tuxedo or an outfit for a wedding, and that’s just nonsense (agreed. I didn’t say anything about wanting to – we’re talking pure obligation here). You’re inviting people to a wedding because you want them to be there, and they’re coming because they want to be there. You shouldn’t introduce money into that equation – selecting bridesmaids and groomsmen shouldn’t be about money, it should be about friendship (true, but then you shouldn’t say yes to being in a wedding party if you can’t afford it). Why do you want people resenting you on your wedding day because you forced them to get a specific kind of $500 suit and have it tailored just to your liking (you’d rather them have it tailored to someone else’s liking?)?   And by the way, for every bride who sits there with her bridesmaids and is flexible in allowing them to pick out something reasonable and fun as a bridesmaid dress, there are 75 others who force people into terrible, expensive clothes and earn the ire of all of their bridesmaids for months before the big day (yup, and you do it because you love them. If you didn’t why would you be in the wedding?). That’s something the groom is able to avoid entirely, which is lovely. There’s no reason to change that.”

…Alright, you’ve heard both sides. What do you think, asking groomsmen to buy a suit: is it a “do” or a “don’t bother”? 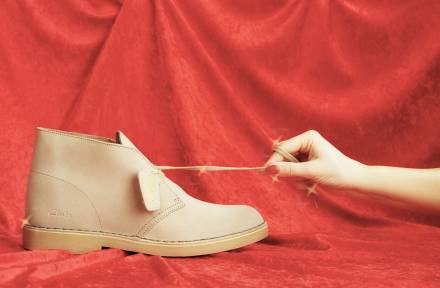