Skip to content
Ask Style Girlfriend (No Really, Ask Away)
5 Reader Questions We Love to Revisit 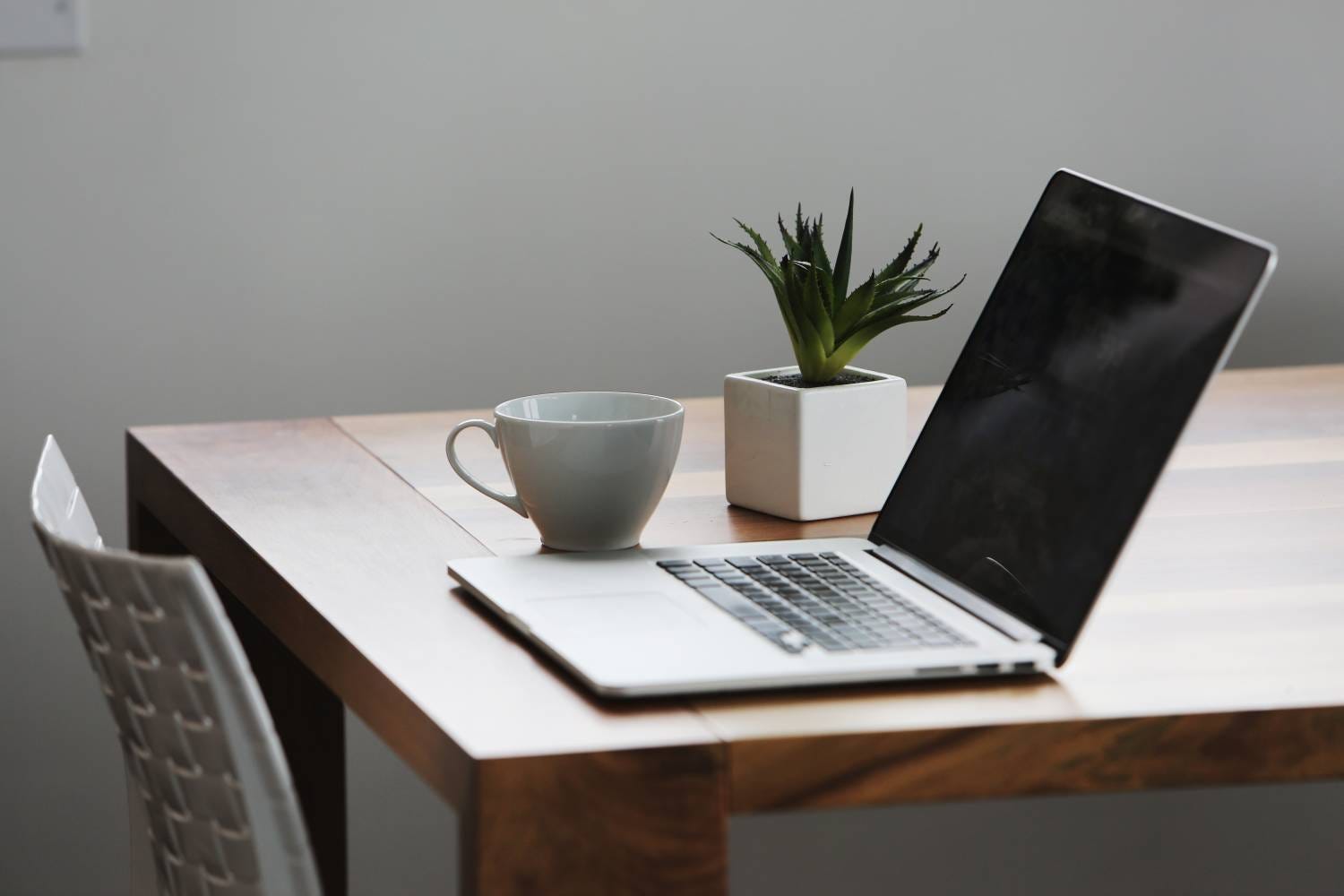 Reveling in reader questions – both old and new – is the most powerful encouragement there is here at SG HQ. Because when it comes down to it, that’s what we’re here for: to be a friendly female resource for any complex quandaries or quick questions that are thrown our way. We love it. Your questions are the pep in our step, the fuel to our fire, the reason it was nearly impossible to choose only five questions to highlight today.

Dive into the SG Manifesto.

From dating to dress shoes, there’s a lot that goes into designing your life to be just the way you want it – and it can get overwhelming. That’s where we come in. Have a question about going sockless? You got it. Mulling over a new bedding set purchase? Give us a shout. We’re in the “making your life more awesome” business, so calling on your trusty Style Girlfriend(s) is just another shortcut to leveling-up. Take a peek at these reader questions and shoot us an email, tweet, or some good ol’ fashioned sky writing with your own questions…

A few oldies but goodies that remind us why we love when you ask Style Girlfriend:

1. Anonymous considers compliments (and how to take them)

I’m a college student and several of the lovely coeds here often tell me, “I like your shirt/sweater.”(Uniform= Fitted Express 1mx Shirt + V-Neck Sweater + Jeans + Grey Suede) What’s a good response? Girls probably face this problem(?) routinely. However, I may be wrong since college has ruined my view of women. Apparently some of you don’t love everything pink, know how to dance, or have an innate desire to wear heels (I’m re-evaluating my entire worldview).
-Anonymous

Compliments can be tricky to navigate a proper response. I think the hardest part is to to be gracious and accept the kind words instead of deflecting them (“What? Me? This old thing? Nooo…”)

When I’m talking to a fellow female, I have the (bad?) habit of saying, “Thanks! I got it for XX (cheap-o, discounted price) at XX (big box store/thrift store/my mom’s closet)!” I’m all for spilling my sales secrets…or maybe I just want to brag about the good deal I got. When complimented by a guy, I just say “Thank you” then smile demurely. At least, demure is what I’m going for.

For you? I’d start with, “Thanks, what’s your name?” and go from there.

As for college “ruining” your view of women, I don’t think it’s a bad thing to know that we aren’t all walking around en pointe wearing pink Juicy sweatsuits. Although, a little secret for you: we do all love to dance, just not necessarily when other people are watching. 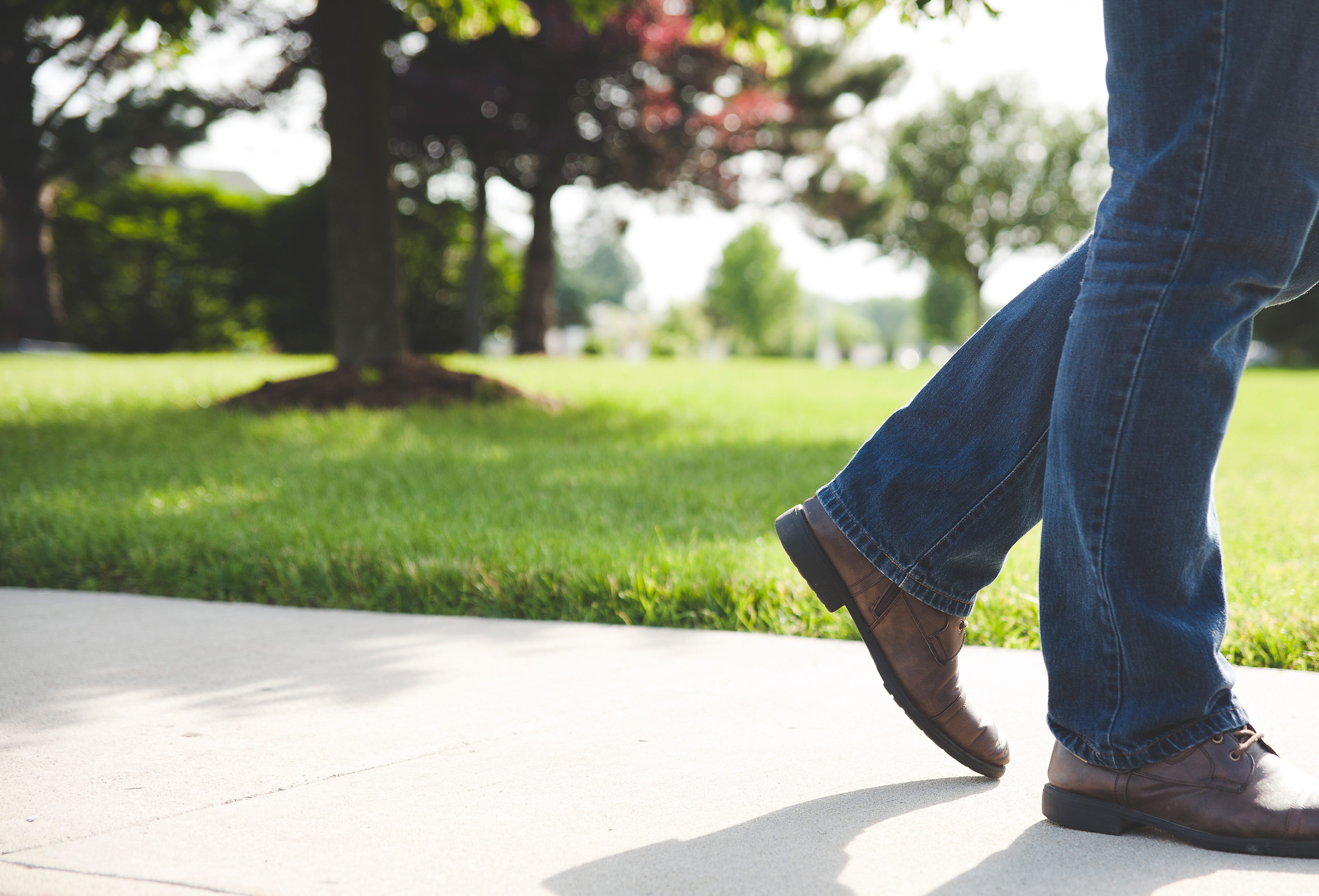 I work on my feet a lot, and I have to be in stylish, business-casual attire. I’ve found plenty of shoes that look great but start to hurt after a few hours standing. And I’ve found plenty of shoes that stay comfortable through the grind but look like they are made for the elderly. Are there any business-casual shoes out there that look AND feel great?

A solid question, and one I get from a lot of guys. Obviously you want to look good at work, but not at the expense of your dogs barking at the end of a long day.

(…Of course, while I maintain that until the trend in guys’ footwear includes a 3-inch stiletto heel, you don’t really know what painful shoes feel like, but I need to at least feign empathy. I know. You’re welcome.)

So I checked in with the experts on this one, and here’s what I found out:

“Mens’ shoes are always stiff at first, but then should become more comfortable,” says Dr. Ira Meyers, a podiatrist in Hungtington Valley, Pennsylvania. Luckily, brands are getting on board with the idea that while a dress shoe needs to ultimately keep its form (and so by necessity is somewhat rigid), it can – and should – cushion your feet as well.

Cole Haan was one of the first brands to understand dress shoes’ dual functions, integrating Nike Air technology into several of their men’s and women’s lines. Shmancy sports cushioning in the shoes increases support, which is what keeps you from wanting to trade your shoes for flip flops by 3 o’clock.  The Zero Grand line offers a fashion forward look. However, most Cole Haan shoes ring in between $250-$300, and while Evan, you didn’t add a price range, I wanted to keep things a little less expensive if possible.

For his patients, Dr. Meyers recommends brands like Florsheim, Bostonian, Johnston & Murphy, and Rockport. Like Cole Haan, these more old-school brands are starting to trick out their work shoes with technology traditionally reserved for your workouts. Rockport, for example, uses cushioning by Adidas in its dress shoes for added comfort.

As for the looking good part, I browsed Meyers’ brand suggestions and picked out my faves for you.

Johnston & Murphy offers four lines of “comfort fit” shoes; my favorite was the Optima line, which offers a cushioning system and full leather linings that should keep your feet cool and comfortable.

Since Bostonian is part of Clarks, I looked over there to see what they had, (Bostonian’s selection was a little stuffy/old-man-ish). Some of the models boasted an “Ortholite® footbed” which sounds like you should be sleeping on top of them, but again, offers more cushioning than a regular dress shoe.

I was curious as to your thoughts on novelty knots on neckties such as the trinity knot. Are they only for casual outings or can they be taken into formal settings? 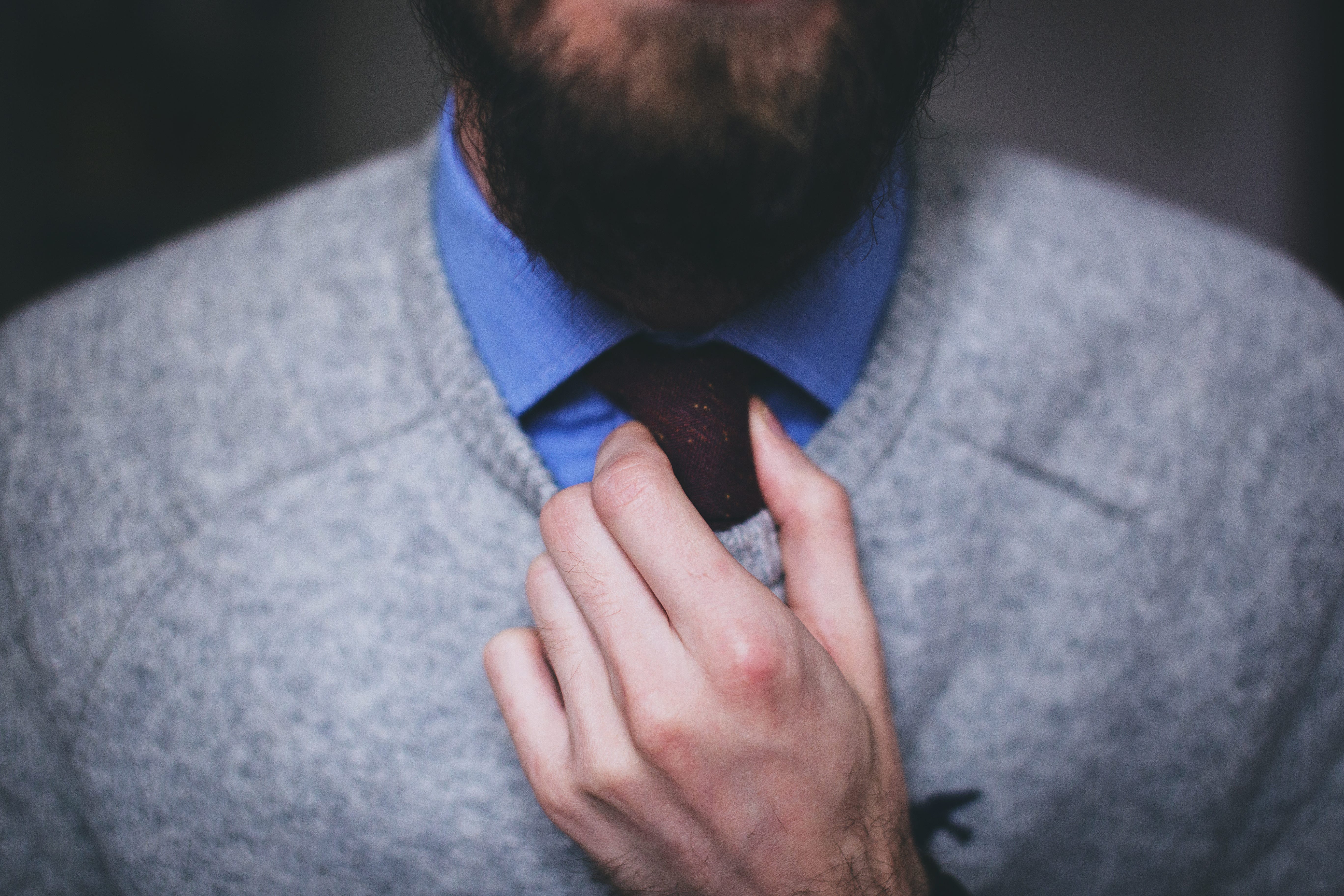 When it comes to your neckwear, women only notice a guy’s knot when it’s out of proportion to his frame. If you go with a huge “sports commentator knot” (as I like to call them) we’ll think you’re trying a little too hard. If it’s just something that’s a little fancy or different, but still a normal size, I say go for it. Maybe it’ll even spark a conversation – all those summers spent making thousands of friendship bracelets won’t be for nought.

4.  John on making the most of his wardrobe

I’m a young professional (31 years old… okay, moderately young), I love style, but I have to confess, I’m super rough on clothes. Every sweater I purchase lasts 3 or 4 times before it either stretches or looks dated.  Do you have any recommendations on good looking clothes that will last for someone who doesn’t take great care of their clothing?

Apart from that, and I would just say, make sure you’re investing more in the clothes you treat the worst. Like shoes, suits, coats, etc. I love Target, for instance, but would never buy jeans from them. Know what really needs to last, and invest in those items. So: undershirts, go for the cheap-o Hanes, but for a dress shirt, go Gant Rugger, Brooks Brothers, etc.

The other thing I would say, and this is perhaps not so hygenic-sounding – don’t clean your clothes as often. Suiting only needs to be dry cleaned once a season, and jeans can go many (many) wearings without being washed. If you don’t put your wardrobe through the spin cycle as often, they should last a bit longer.

5. Anonymous wonders “what’s he got that I don’t?”

I just spent the past week in New Orleans for the Final Four tournament and was just baffled by the number of well dressed beautiful woman walking around with men who look like they just stepped out of the gym (or worse, much worse).  I get it, I was at a basketball tournament, but really the games only make up about nine total hours over the course of the week of events (and fine dining).  I actually see this everyday, but the volume during this trip was staggering. Why do so many women put up with this when it ultimately detracts from them? 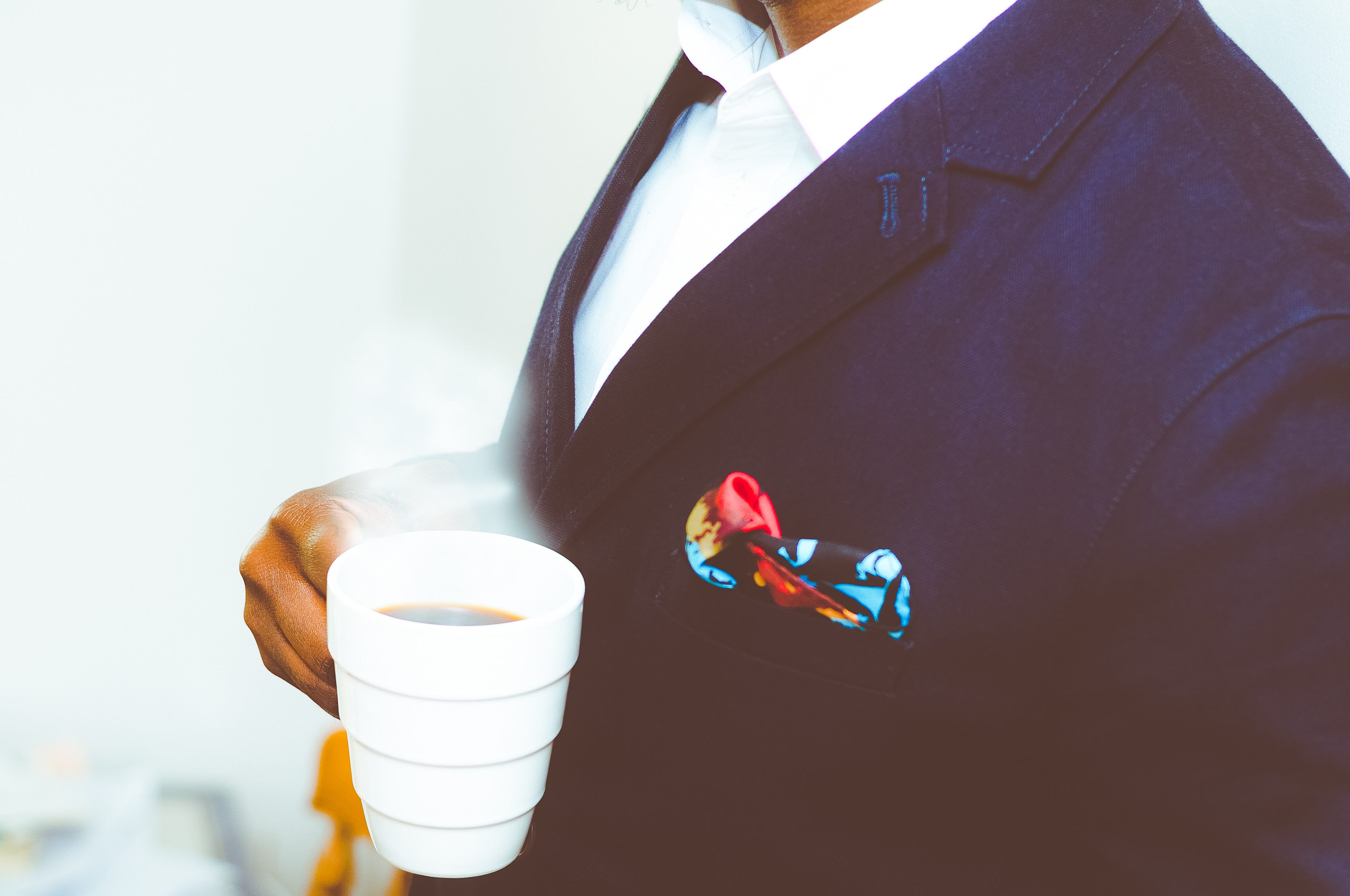 First off, I want to start all sentences with “I was doing [insert cool activity in enviable location here] last weekend when…” but sadly, mine more often start with “I was watching a marathon of The West Wing when…” and then ends with “I fell asleep.” But no biggie.

What you saw in Nola may make you mad, but like you said, it’s not uncommon, and I’d argue it has nothing to do with these ladies’ attraction to activewear. Women tolerate clothes, but love the man. I think there’s a good reason a lot of good guys – a lot of perfectly well-dressed good guys – don’t have a girlfriend: confidence. The same guy that pushes through an extra set of chest flies at the gym – and then walks out wearing his workout gear – is the same guy that’s confident enough to ask a girl way out of his league out on a date.

Because it’s as simple as this: Girls go on dates with guys who ask them.

Not all of them, of course. We have our standards (well, some of us do), but the answer to the unasked question is always no. The guy in the football jersey that goes after a girl out has a 100% higher chance of getting the girl than the guy in pressed khakis twiddling his thumbs in the corner.

I think physical fitness and romantic success have a lot to do with each other. Not because a girl only wants a guy who can shred cabbage on his abs (though, wouldn’t that be fun?), but because guys who feel good about their bodies generally feel pretty good about the rest of what they bring to the table, and it shows.

Of course, a guy’s confidence can come from other things – a keen sense of his own intelligence, having boat loads of money stashed in the bank, or sure, wearing a sharp pair of dub monks to the office. A sound body is just one “lucky penny” that a guy can use to boost his confidence.

So the next time you see a guy in an graphic tee and his arm wrapped around the waist of a beautiful girl, stop this from playing on repeat and think: what do I have going for me that would give me the confidence to ask out a girl like that? Because if that dude can, you certainly can. So what is it? A good sense of humor? A job you love (even if it doesn’t make much money)? Impeccable style? Are you captain of your intramural soccer squad? Whatever it is, it’s more than good enough to match that guy.

So go on: ask a girl out, and change the proportion of bros in sweatpants with beautiful girls.

How do you level-up your life?