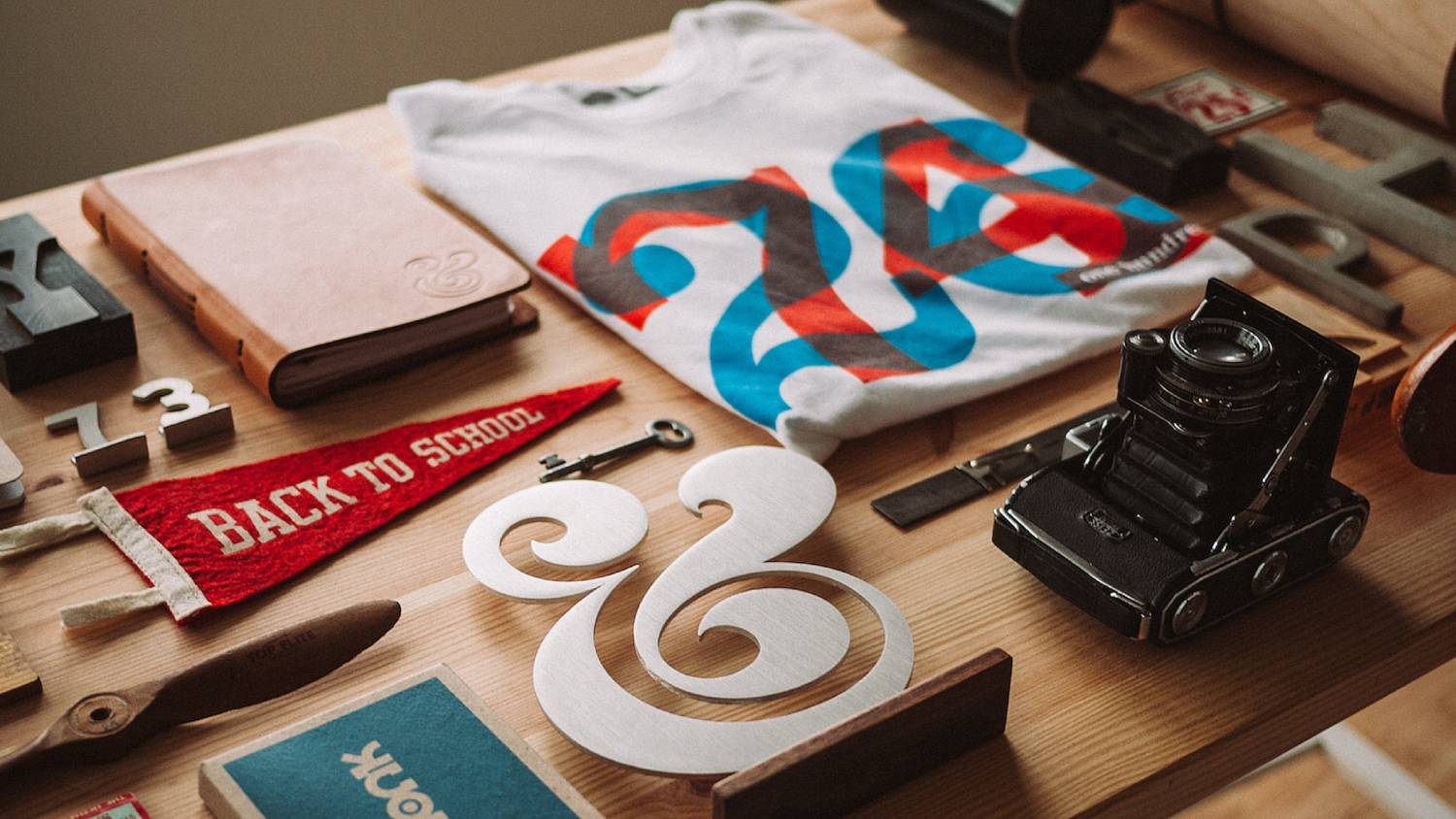 Guys. GUYS. How is it almost September?

I always feel like the end of summer always sneaks up on me, and this season has been no exception. I could have sworn I just fished my warm weather tank tops and sandals out of storage, and now I’m getting ready to pack them away again.

Check out my pre-fall favorites below, then share your own August picks in the comments below:

A movie worth seeing in the theatre 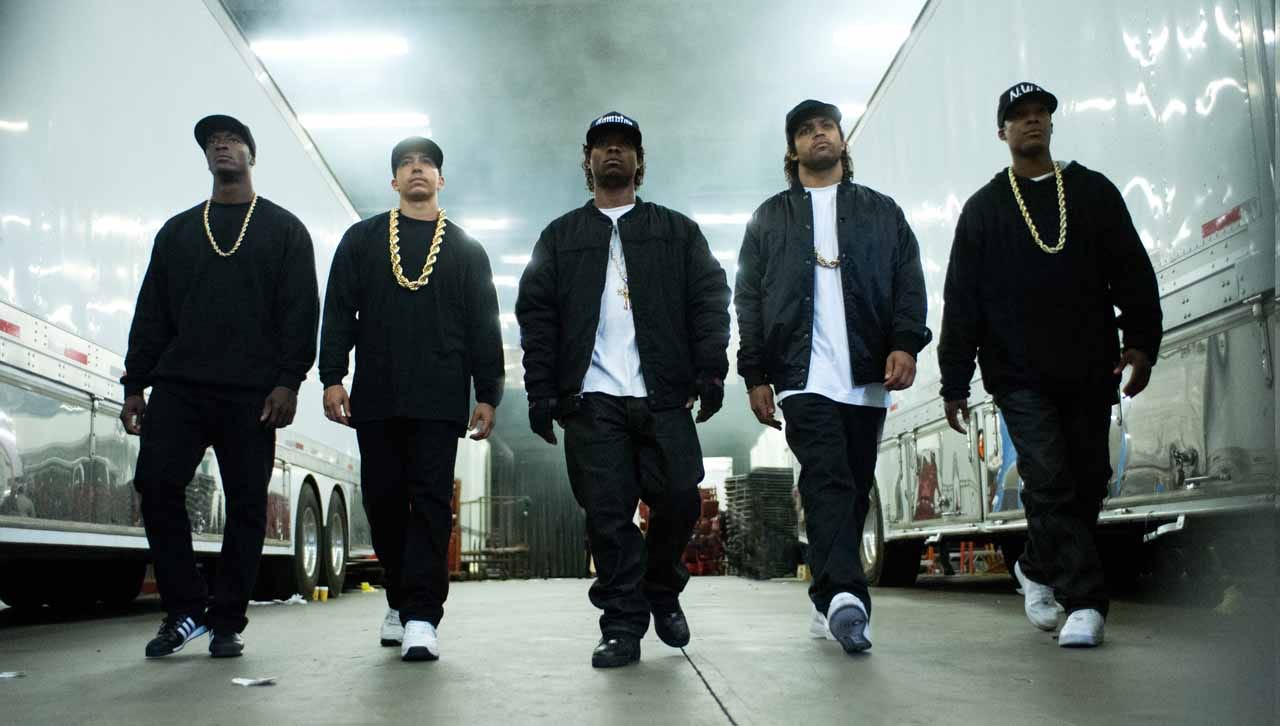 I saw the amazing Straight Outta Compton while vacationing in Maine – a 1pm weekday matinee thanks to so-bad-you-had-to-laugh weather (it cleared up the day I left, naturally) that completely torpedoed any outdoor plans.

But it’s okay! Because tanning is bad for you and this movie was GREAT.

Before seeing the film, a biopic on the rise of west coast rap group N.W.A., my familiarity with Eazy-E and the origins of gangsta rap was hazy at best, mostly relegated to E’s posthumous appearance in the music video for Bone Thugs-N-Harmony’s “Crossroads” (a classic if there ever was one).

When the group’s seminal album “Straight Outta Compton” about late 1980s inner-city life rocked the music world, I was more interested in debating who reigned supreme in the boy band scene. Beyond that, growing up in suburban Midwest with two parents, good schools, and a big backyard, the desire to scream “F*ck tha Police” at the top of my lungs didn’t hit me til much later.

Which, of course, is why this film resonates so strongly today. The themes of police brutality, racism, and disenfranchisement are not relegated to the past; we’re still struggling through them today. If you haven’t seen this movie yet – run, do not walk – to the theatre. This is a film to see on the big screen.

Scents of the Season

I don’t know about where you live, but in New York, you can quite literally feel fall creeping in. It’s not that it’s straight-up cold yet; it’s just…not hot anymore.

Personally, I’m totally fine with the drop in temperatures.

Why? Because fall is great. You get to pile on layers and layers of clothing and look cool and chic and interesting. What’s bad about that? Even the folks in more temperate climates can take the change of seasons to throw on a light sweater or jacket, even if it’s just for fun. Thats a good thing.

While it’s not quite cool enough yet to layer up in knits and flannels, autumn-scented candles are helping me get in the fall spirit. The scents above, from high-end Le Labo to Nate Berkus for Target, are sure to get you similarly psyched for the end of summer.

{Want more on home fragrances for the grown man? SG’s got you covered}

I don’t know if it’s a new moon, or the changing tides, or just coincidence, but it feels like there’s a lot of change happening right now. Like, a lot a lot. New jobs, in new cities…babies…break-ups…make-ups. All of it.

And while I’m a big believer that all change is for the better, it doesn’t necessarily make that change any easier to process. It’s like ripping a band-aid off your life as you know it.

A friend of mine, for instance, is popping out a baby boy in November (good!) and has been trying to figure out how to continue running her six-person public relations agency while she’s home on not-quite-a-maternity leave (not bad, but..not easy).

At times like this, my morning routine comes in super handy (have any of you adopted some sort of quiet time or meditation in the mornings? Let me know in the comments!). 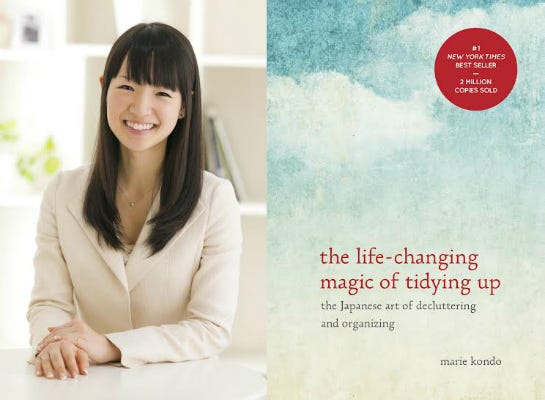 I’m the first to advocate for a good closet purge having a direct positive impact on your life, so I knew I’d love The Magic Art of Tidying before I even got my hands on it. With a move coming up (see: change, above), I’m taking the opportunity to use cleaning consultant Marie Kondo’s “KonMari” method to simplify before packing things I don’t want, don’t use, or don’t know why I had in the first place.

But don’t let the seemingly simple premise fool you; this book is about wa-a-a-y more than taking a feather duster to your knick knacks. This purge goes deeper than old bank statements and ratty t-shirts; it goes to your SOUL (insert “oooh” sound effect here). 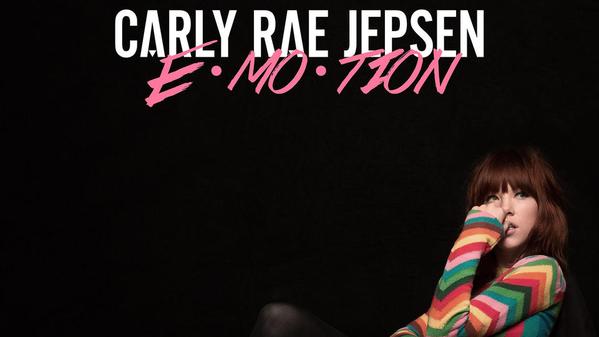 If you think I’m listening to anything but the new Carly Rae Jepsen album from here ’til the first snowfall hits, you don’t know me at all. 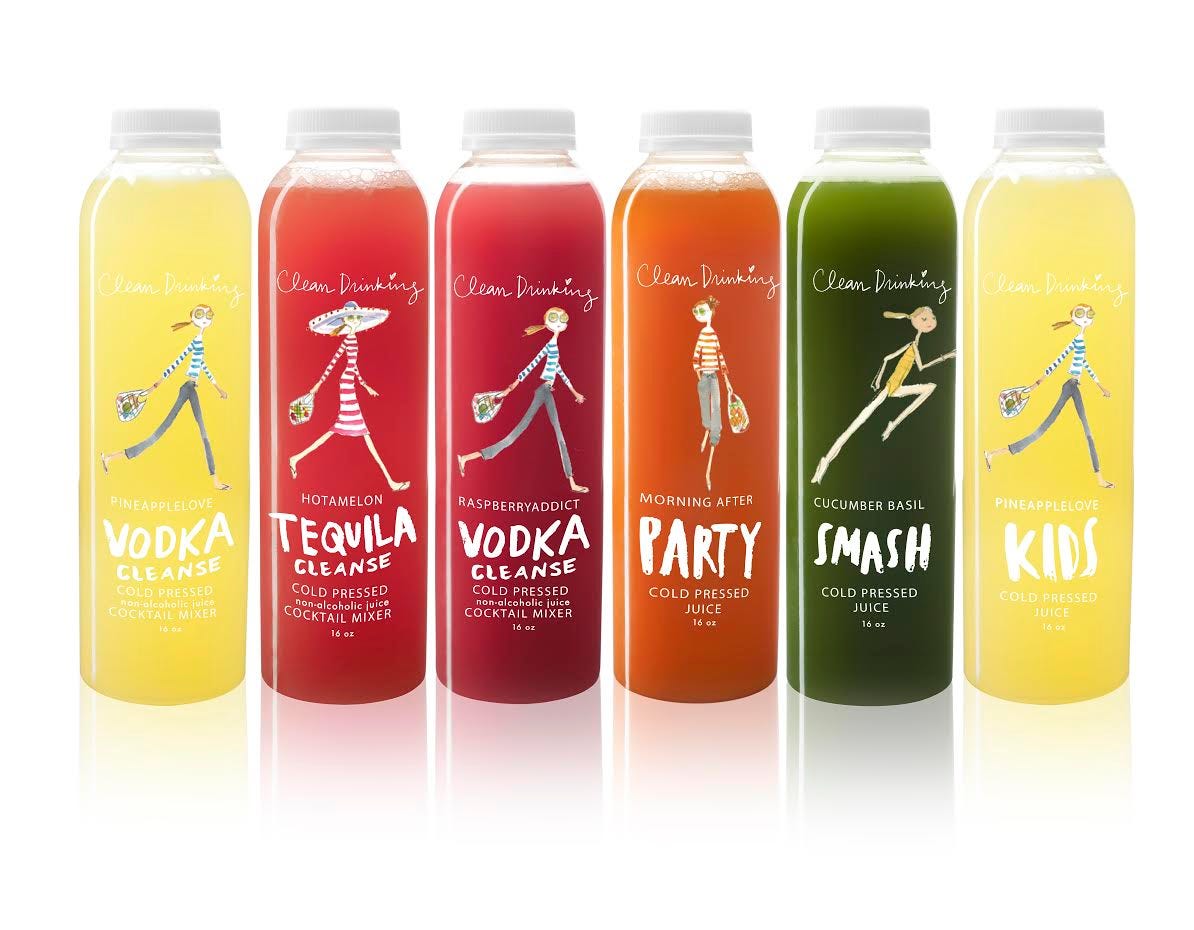 It was bound to happen: my love of juice and my (equal but opposite) love of a good cocktail…coming together to make beautiful music in my highball glass.

The cold-pressed juice cocktail mixer trend is alive and well in NYC, and hopefully making its way soon to a bar cart near you.

Companies like Clean Drinking and Ripe Bar Juice expound the virtues of a dirty martini consumed with a clean conscience. Too many cocktail mixers rely on added sugar, preservatives, and – gag – high fructose corn syrup for taste; why not go straight to the (natural) source for your sweetness? Consider them cocktails, all…well, juiced up.

It’s a funny time of year for your skin – you’ve been consistently coated in a thin layer of perspiration for the past three months, and it feels like all of a sudden the moisture gets sucked out of the air and all of a sudden, your face feels dry and tight. It’s the perfect time for a mask – YES, I SAID IT, YOU GUYS NEED TO USE A MASK.

This one, from #SGapproved fave First Aid Beauty, is made from oatmeal, fruit extract, and shea butter. All great for adding moisture back to your skin. Just apply a generous layer after washing your face, wait ten minutes, then wash it off. Easy.

Making you laugh (and looking good doing it) 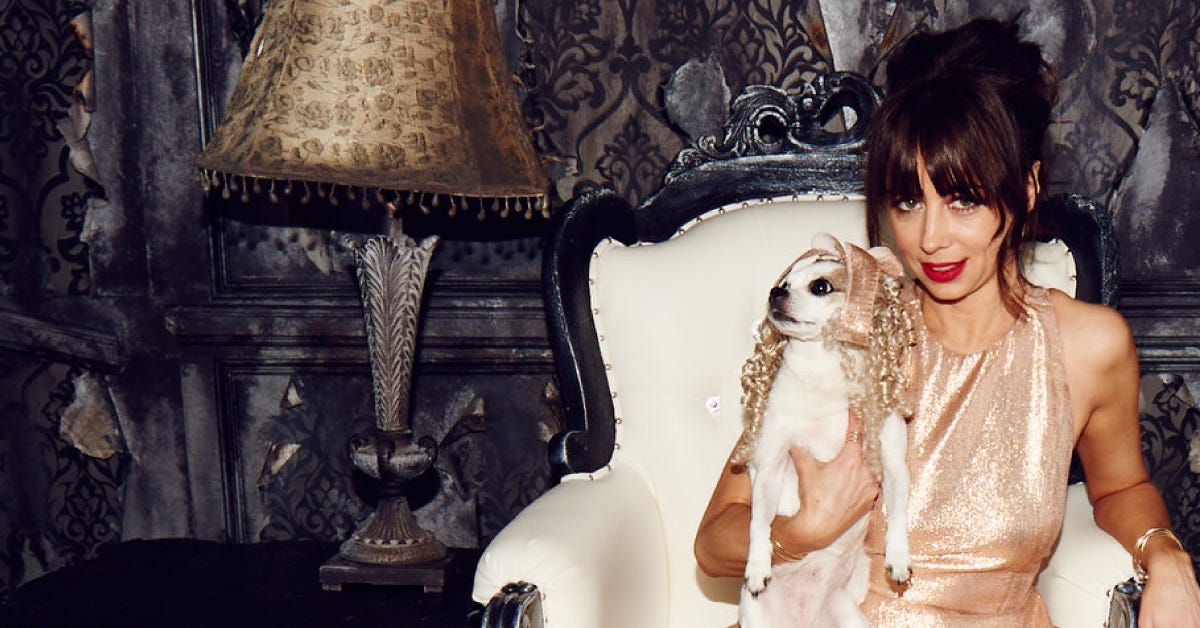 If you enjoy the sound of your own laughter while watching television alone, I highly encourage you to check out Natasha Leggero’s new comedy special on Comedy Central.

I’ve been obsessed with Leggero for awhile now. She kills at roasts (watch her take literally everyone to task on James Franco’s roast here), and – like fellow comedians Aziz Ansari and John Mulaney – Leggero bothers dressing up to perform. She looks like Audrey Hepburn in Breakfast at Tiffany’s while talking about toilet babies. As GQ’s Maggie Lange put it, “While other comedians are trying to out-casual each other, she’s sitting with impeccable posture, dripping diamonds, dripping disdain.”

WHAT WERE YOUR FAVORITE FINDS THIS AUGUST?