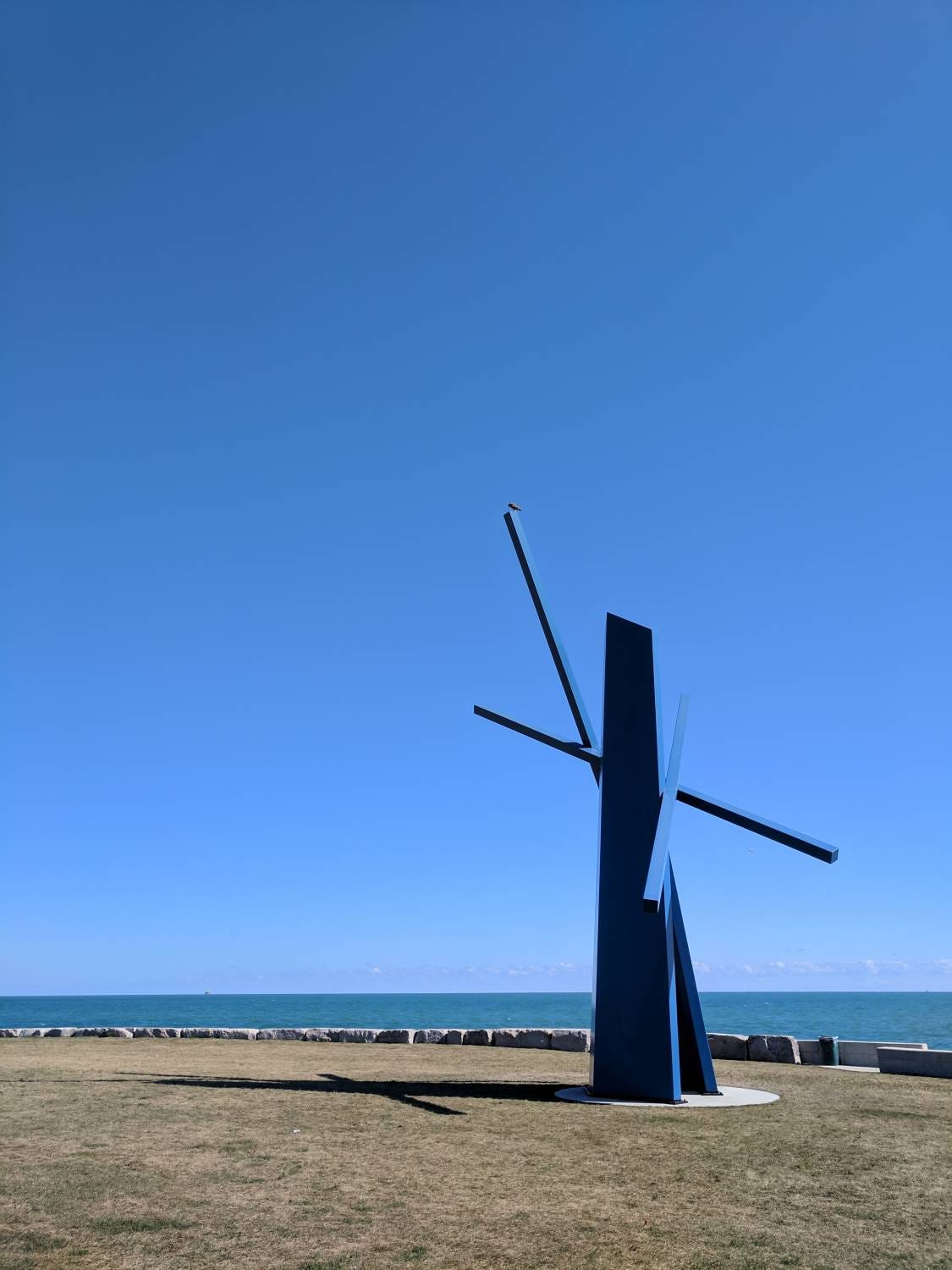 Consider this a call to arms to all the brothers, best friends, long-time bros, and overly-involved grooms: it’s time to take back the bachelor party. For every boozy-but-basic trip to Vegas, there’s a cooler, more interesting city you guys could be visiting.

So the next bachelor party weekend you plan – your own or a pal’s – consider Chicago. It’s centrally located, making it not too far to travel to, no matter where you’re traveling from (in the continental U.S., anyway). It’s also an honest-to-goodness city (sorry, do I sound defensive? That’s the perpetually overlooked for travel Midwesterner in me), with amazing food, cool hotels, and fun experiences to match.

Regular non-Midwesterners media people seem to be really into it, too. Bon Appetit even named Chicago as the Restaurant City of the Year for 2017.

Below, check out where to go, what to eat, and how to spend your non-strip club-visiting* nights in Chicago

*I’m assuming you can find those on your own

Sure, the Magnificent Mile gets all the attention, but head west if you’re looking to do some local browsing while in Chicago. If your buddies are amenable, hit up Notre and Billy Reid in the West Loop, or trek even farther west and hit up Stock Mfg. Co. for menswear designed and manufactured right in Chicago. It’s 2017; you can shop for jeans with your guy friends and not make it weird.

HANG OUT AT HERITAGE

Need to get some quick work done and everyone else is still sleeping off the night before? Head to Heritage Bicycle (there’s a few in the city) for coffee, free wifi, and a cinnamon bun. Do not. Skip. the cinnamon bun.

If you’re there during baseball season, sure, definitely go to a game. If not, head over to Wrigleyville anyway to take a stroll through “The Park,” a year-round gathering space just outside the stadium that constitutes the third phase of a $750 million renovation including bars, restaurants, and a new boutique hotel called Hotel Zachary, slated to open in 2018.

Chicago is like, chock full of culture, guys. There’s architectural boat tours! And museums! And Hamilton! Okay…you probably can’t get tickets for you and all your bros to Hamilton, so console yourself by proposing to a painting of an heiress at the Art Institute or challenging a sea otter at the Shedd Aquarium to a duel.

In the morning, consider the Left Coast in Lake View for a light, ‘avocado toast and a green juice’ kind of situation. If you’re looking for more of a ‘sit down and put a full meal in your belly’ kind of place, you could do worse than Mortar & Pestle, which has an eggs with foie gras on the menu that will make you want to take a nap directly after and is absolutely worth it. And besides, you’re on vacation.

For lunch, try Dryhop Brewers for classic American fare, and don’t skip the beer flight. For pizza, try Pequods or Chicago Pizza and Oven Grinder, both in Lincoln Park (the latter, one of many restaurants my sister and I have had too much wine and cried during desert…it’s a growing list).

At night, head to the West Loop for dinner and easy access to good nightlife within walking distance.

El Che Bar makes lots of people’s “must visit” lists, and for good reason. Delicious Argentinian food (it’s a full restaurant, don’t let the casz name fool you) in a thoroughly modern, downright clubby space, and a rum old fashioned—popular in Buenos Aires, according to chef John Manion—will make you want to linger well after the dinner plates have been cleared.

At the risk of sounding obnoxious, if you have any friends who are members of Chicago’s Soho House, in the Fulton Market district, see if they can get you and your pals in. The rooftop is a really fun place to spend a night out, with plenty of other floors to retreat to when the cold weather kicks in.

This may be neither here nor there, but Prince Harry met Meghan Markle at the London outpost so you never know who you’re going to run into (not that you’re looking to meet chicks if you’re the groom), but those unattached will inevitably meet some interesting Chicago beauties.

Want craft cocktails? Hit up The Violet Hour in Wicker Park. Live music? Head to Schubas. Need to definitively prove you’re in Chicago to your friends on Instagram? Grab a drink one night at the Signature Lounge, the Hancock Tower’s bar and restaurant on the 96th floor with killer views of the city (especially from the ladies’ room, if you happen to find yourself in there for any reason). The menu’s not cheap, but you don’t have to pay—or wait—to get in, meaning you break just about even.

There’s a new Ace Hotel in town, which is massive, but also seems to be insanely busy, all the time. Head upstairs to Waydown, the Ace’s rooftop bar, before heading out, and be sure to try the Fat Love, made with mezcal, cardamom, and bitters.

WHERE ~ELSE~ TO STAY

AirBnB: You can find The Sono on AirBnB or book directly on their website. A single-family home converted into an airy bed & breakfast, you and your pals can snag individual rooms, re-congregating in the morning for breakfast at the large communal table in the kitchen before heading out for the day. As my sister (via Murtaugh from Lethal Weapon), says about sharing beds and sleeping on pullout couches, “I’m too old for this sh*t.”

Bro Down: at The Conrad, right off Michigan Avenue

You’re going to want to bring layers. It’s not called the windy city for nothing. Just because it’s the midwest, though, doesn’t mean you can get away with looking schlubby – again, defensive Midwesterner here. We have style! And even if you do run into more than a few folks wearing Bears sweatshirts at the bar, it doesnt mean you and your pals should drop your standards in the windy city.

WHEN WAS YOUR LAST VISIT TO THE WINDY CITY?