The Fallacy of Effortless Style - Style Girlfriend
Skip to content

The Fallacy of Effortless Style

The Fallacy of Effortless Style
It ain't easy being breezy 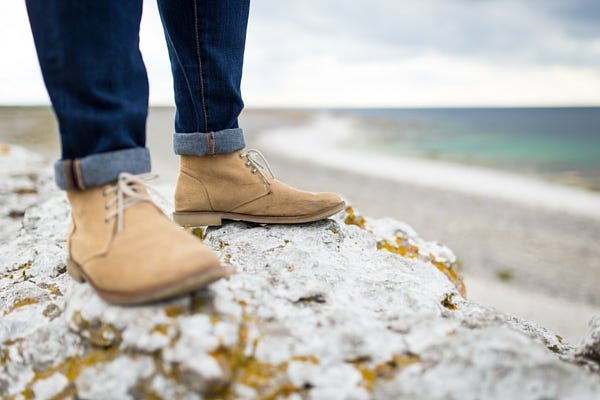 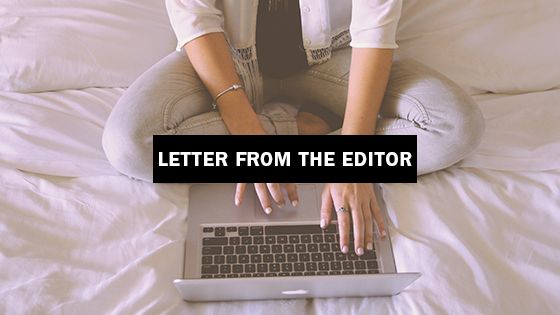 Let me fill you in on the dirty little secret about achieving breezy, effortless style – it can feel like kind of a pain in the ass.

We talk a lot on Style Girlfriend about how guys can make big changes with minimal effort. Tuck your shirt in. Get your pants hemmed. Wash your face at night.

And that’s all true. You will see impactful results – a boost in confidence, compliments from friends and loved ones, an extra lift in your step – from even small pushes outside your style comfort zone.

But it doesn’t always feel so small to start. Sometimes a “little bit of effort” kicks off with what feels like “a lot of hard, obnoxious, monumental freaking effort.”

Consider learning how to style your hair.

Let’s say you get the best haircut of your life and buy the $32 tiny tin of whatever-it-is the stylist put in your ‘do. The next time you get out of the shower and go to recreate the breezily tousled look you left the shop with, it looks…off. And then it continues to look off for the next week. First it seems you’re using too much, then too little, then your hair looks too piecey, then too fluffy.

But eventually you get it down. Or maybe you don’t, and you trek back to the salon or barbershop for a quick tutorial (“Oh, I rub the gunk in my hands first, and that warms it up before I put it in my hair…”) and things just click. After that, it’s easy. After all that effort, doing your hair really DOES take just a little bit of effort.

A few years back; a friend and I were heading to our alma mater for the annual “Blue White” football team scrimmage. We got to her parents’ place late, and starving. Upon inspection of their kitchen, we decided to split a box of macaroni and cheese (because falling asleep immediately after eating kills the carbs, obviously).

I watched as she proceeded to retrieve measuring cups, divide the butter into tablespoon portions, set the timer for exactly seven minutes of boiling.

Now, I don’t mean to brag, but after a childhood spent eating mac and cheese almost exclusively (picky eaters unite!), I can take that blue box to perfectly cooked bowl of cheesy goodness with my eyes closed and one hand tied behind my starch-loving back. When I watched her agonize over every step, I realized that just because something’s easy for me, doesn’t mean it’s easy for other people. At least not at first. Of course, if she made it…oh, roughly a thousand times more, she could do so without consulting the recipe, too.

That’s a lesson I’ve had to learn – and relearn – in my life. When I first left advertising to write, I had a lot of angst around the idea that I had talent, not just ambition.

“It’s just writing. Everyone can write,” I’d tell myself in my darker hours.

Which, sure, is true, in the same way that I can carry a tune but no one’s filling stadiums to hear me do it anytime soon.

It’s the same with style. Don’t get discouraged by street style blogs or paparazzi pictures of guys looking head-to-toe perfect in that “This ol’ thing?” way. Instead, get inspired. And then, take notes. You too can jauntily tie a bow tie, get the perfect fit to a blazer, roll your jean cuffs just so…it’ll just take some time, and some practice.

Talking about Jay Z, Kanye West once said (and yes, I am in fact planning to reference Yeezy in all my editors’ letters in case you’re keeping score), “You can never see the sweat.”

In contrast, the TLOP rapper pointed out that he still gets out of breath on stage, that he sometimes goes on misguided (but epic) rants, that he talks about the process of getting to greatness – and how bad he wants it – maybe too much. With Kanye, you can see the sweat.

Now, sweating for a worthy achievement isn’t a bad thing; if it’s worth achieving, then it’s worth the sweat. But it’s interesting that even for Kanye – who truly believes he’s absolutely the greatest, with an abundance of talent and possibly some kind of manifest destiny on his side – that he still has to bust his ass to make something of it. He doesn’t like that the world can see him sweat, but it doesn’t mean he’s going to stop trying.

I hate when you can see the sweat. I don’t like people seeing me grapple through the bad to get to the good.

Shortly into my year abroad in the south of France, a local student told me over coffee (because of course over coffee) that I’d never truly learn the language if I couldn’t get comfortable speaking it badly.

In my defense, it wasn’t really my fault. I’d studied the language for just three semesters before deciding to transplant to the country for an entire year. Not to mention I was still trying to shake my Wisconsin accent, forget about sounding smooth with a French one…

And yet. The student’s off the cuff remark landed with me somewhere between a denouncement and a prophecy. I never did become fluent, though my comprehension is still pretty good, since I listened a whole hell of a lot more than I talked. Because I didn’t want to conjugate the subjunctive incorrectly. To mix up the gender of a noun. To hear me learning.

I didn’t want them to see the sweat.

So I just…didn’t speak. Not much, anyway. I try not to have regrets in life, but I do regret living in a foreign-speaking country for an academic year and not getting over myself long enough to push through getting bad to getting…if not great, at least not so bad. I didn’t put in the effort to find my way to effortless.

“Unstudied” is a word often used to describe someone’s chic, easy-looking style. “Effortless” is another. These words are bullsh*t.

If you can get it through your head that anyone whose look looks unstudied has actually dedicated loads of time, attention, and – yes, sweat – to the final product, you’ll be better off for it.

So if you aren’t a “natural” at dressing well, remember no one is. Keep working. Tie that bow tie a hundred times, fuss (then re-fuss) over your hair, work that tie knot ’til the dimple winks at you. Whatever you do, just don’t let the act of becoming effortless keep you from getting there.

WHAT “EFFORTLESS” ELEMENT OF YOUR STYLE ARE YOU STILL WORKING ON?

Let SG slide into your inbox with shopping picks and style tricks, each week.