On New Year's Resolutions: 2018 for Style Girlfriend
Skip to content

Letter from the Editor: On New Year’s Resolutions

Letter from the Editor: On New Year’s Resolutions
Here's to 2018 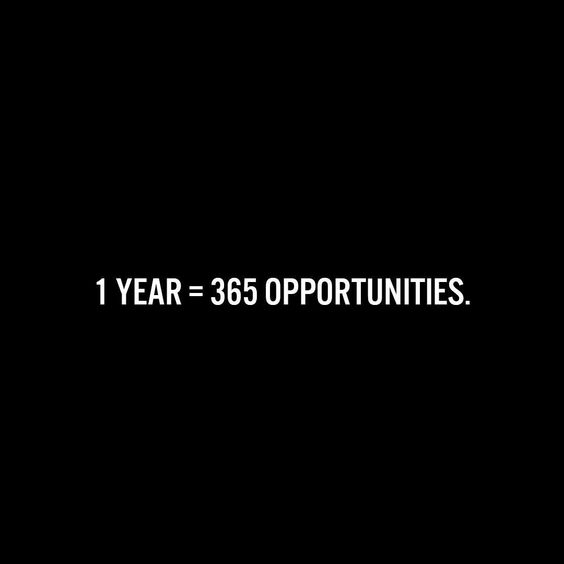 I’ve never understood why people hate on New Year’s resolutions. I love them. LOVE. Kicking off a brand new year with enthusiasm, and the determination to hit “reset” on your entire freaking life? Rolling your junky mental and emotional garbage out to the curb? Reflecting on the past in a spirit of optimistic pragmatism, considering what you learned, rather than where you failed? Using that new information to set positive goals, and feeling empowered by the collective consciousness of knowing that a bunch of other people are out there trying to work on their sh*t, too?

Of course, we have the opportunity to start over every day we wake up, but just like fitting into a tux for your upcoming wedding can kickstart healthy habits, or a job search gets you to finally update your resume, any reason to jump start motivation is exciting and useful in making change. So here’s me, reflecting back on 2017, and looking ahead to 2018. Join me with your own reflections and resolutions in the comments below!

If you could distill your 2017 into one word? What would it be? For me, the word is (unfortunately) panic.

Sure, a lot of that is the constant threat of nuclear war, but also this is the first and longest time I’ve been single since college, and—whadda ya know—it happens to coincide with the season in my life where I’m feeling ready for not just a relationship, but a long-term, all-in commitment: marriage, a partner, a family.

There are plenty of reasons for finding myself faced with this hella awkward timing, and trust that I’ve discussed them all ad nauseum with my therapist, so I won’t bore you with the details here (but tl;dr, it’s my parents’ fault, and also I never learned how to love myself—lol whoops x 2).

Add to this the fact that Style Girlfriend went into a bit of a holding pattern this past year, with growth stalled and the better part of the last six months spent questioning our mission (read more about that here, and direct your hot takes here), which was hard and scary and strange.

I also went from having one full-time employee to having zero (Brittany moved back to Florida and opened a kickass social media consulting agency!). I felt panicked about how to share that she’d moved on, and that I wasn’t replacing her (for now), because I’d never learned how to leverage support in a way that had an impact on our bottom line. Ack.

The “right way” for a business to grow, I told myself over and over again, is one employee leads to two leads to a dozen leads to me shaving my head and becoming the next Jeff Bezos. Or something.

For me, it was enough blows to my ego to necessitate body armor. I started to feel panicked about my personal life and professional life in a way that made every decision (go on this date? sign up for this social media scheduling tool?) come from a place of fear (what if the date’s another dud? what if I subscribe and it doesn’t help?) instead of hopeful vulnerability (but maybe he is! and it might!)

So in 2018, I want to allow myself to live my life. To make mistakes (knowing they won’t topple me) and to commit to learning lessons, rather than beating myself up for mistakes. To growing. Not retreating. It’s cliché to resolve to live in the moment, but I want to remember that worrying about the future only harms my present.

This is a very specific reference, but on the short-lived (and highly underrated IMO) show The Conversation, photographer Amanda de Cadenet interviewed Miley Cyrus. This was back in the waning days of Hannah Montana, when the Disney star was starting to wade into adulthood and assert her independence. Speaking about that bastion of female teen idol martyrdom, saving yourself for marriage, Cyrus said that for so long, she’d been saying one thing on the subject, and only gradually did she realize she believed another. For her, it wasn’t true to who she was any longer, but it had been a part of her identity for so long that she had already outgrown the skin before realizing she had even shed it.

I thought about that interview a lot this year.

For so long, I have been the “hustler” among my friends and family, and I’ve been comfortable (too comfortable) associating that identity with another label I wear, that of “entrepreneur.” If you run your own business, you have to work 24/7, 365, right? Right?!?!

At Christmas, our family picks secret Santas to streamline our gift-giving. Before revealing who they picked, each person describes that family member so people can guess who has who. This year, my father had me, and he said, “This person is the hardest-working person I know. She never gives up.” And everyone knew he was talking about me. Obviously he meant it as a compliment, and of course I’m proud of my strong work ethic, but my first thought was, Oh no. Oh, how sad.

Because I feel really ready to be someone who’s not defined by struggle. Like being the funniest person in the room, or the quickest with a smile, or, I don’t know, for the amazing hand woven Moroccan rugs I could learn to weave. I don’t want to be the person who works all the time. Who can’t fit through the door because she’s carrying the world on her back. I’ve outgrown that identity.

Beyond that, I am ready for Style Girlfriend – and everything in my life, really – to feel a bit more stable. I don’t want to have good months and bad months. I still will, of course, but I want to be able to, with some precision, be able to predict that they’ll all…mostly…be good months. While I’m not sure exactly what that looks like, I’m excited to feel safe in a new identity of someone with work-life balance.

Resolution # 3 Focus on what only you can do

The ambivalence I began to feel about fashion as the focus of Style Girlfriend really came to a head in 2017, and I realized it’s time to make a change. I felt out of lockstep with the women who inspire me and who are holding men to account, while all I was doing was helping them pick out new pants.

I know, I know; it’s deeper than that, and I’ve always said that Style Girlfriend is about more than just fashion, but I started to feel strongly that using fashion as the main entry point for the site was too narrow.

So this feels like the right time to put my money where my mouth is. In 2018, we’re shaking things up to ensure the editorial focus of Style Girlfriend gets back to its roots of sharing the female perspective on how men can be their best selves. Yes, appearance is a part of that, but it’s not everything.

Style is clothes (and all that goes into your overall look), sure, but it’s also about living with culture, and acting with character.

You have probably seen this coming for awhile now that I am feeling super called to widen Style Girlfriend’s lens to the entirety of what makes a man a good, worthwhile (worth dating, worth hiring, worth befriending, worth marrying) guy in 2018 – a guy living with style in all that entails – but it’s worth putting it down for posterity here.

So here we are. I’m out of a relationship, down an employee, and trying to figure out how to grow my business and as a person in 2018.