On Guilty Grooming
Are you letting shame get in the way of living with more style and confidence? 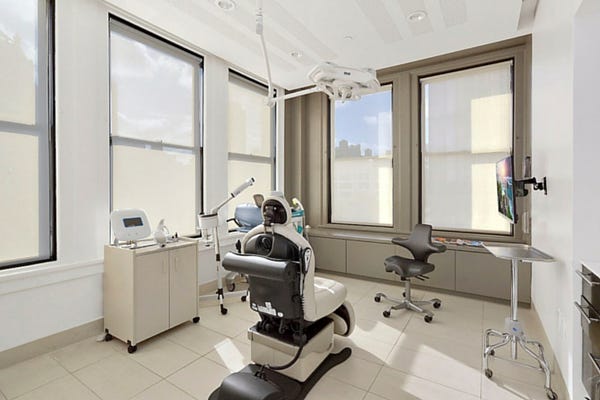 Let’s talk grooming, guys. Not the “must do’s” like brushing your teeth or combing your hair, but the “could do’s” – the extra stuff that maybe you’ve thought about trying but haven’t. Or that you’re doing now, but not telling anyone. I call this “guilty grooming.”

Even today, men and women alike are expected to strike a balance between caring about one’s appearance….but not appearing to care too much. It’s exhausting.

We can probably all agree on what counts as caring too little – the basic tenets of society dictate that you should probably not noticeably reek, and that any open wounds ought to be covered.

Read all of Megan’s “Letters From the Editor”

From there, though, it’s a crap shoot. What counts as caring too much is totally subjective, and has changed in recent years with the rise of celebrity culture rocket blasting our expectations around appearance into another orbit.

It feels a bit like you can’t win – if you don’t care enough, you’re a slob. If you care too much, you’re…a Kardashian, basically.

I’ve always maintained that taking control of your personal style isn’t about the clothes in your closet, it’s about confidence. Because how you feel about yourself impacts the way you experience your life. The same applies to grooming. If a great haircut makes you feel like a million bucks, then it’s a worthy investment in the same way that a tailored suit or polished shoes are.

The question is: If a certain grooming habit improves your confidence, is it “covered” in this hazy, unspoken spectrum of what’s acceptable in our society? Is there a line or a limit men simply cannot cross? Is a spritz of fragrance okay? Using a facial serum? What about botox?

For me, my hair has always been an insecurity I’ve struggled with. My sister and I have an inside joke about pinpointing a person’s “one true beauty.” The expression comes from something Amy says to her older sister Jo in Little Women. Jo’s just sold her hair to make money for the family in wartime, and when she returns home and takes off her hat, Amy sees her short hair and exclaims with dismay, “Oh Jo, your one true beauty!”

Like Jo, my sister’s one true beauty is – hands down – her hair. It’s shiny and thick and naturally wavy in that Victoria’s Secret angel kind of way. It’s downright unrealistic, is what it is.

My hair is not thick. It’s not wavy. It’s straight, and fine (not thin! that’s rude) and while there’s some shine to it, it’s not nearly as reflective as my sister’s mane. I swear, you could check your teeth for food on the side of her head.

I’ve thought about this a lot over the years. One Halloween, I wore a pretty credible-looking wig and briefly considered just never taking it off (granted, it was pretty late on Halloween, so my judgment might not have been so great). With every limp ponytail and underwhelming updo, I’ve felt a sense of lack and self-consciousness around my hair.

So during Men’s Fashion Week earlier this month, in between presentations for Public School and Nautica, I ducked into RPZL and got myself some hair extensions.

“Guilty grooming” services like hair extensions are getting at once more accessible and less taboo. RPZL’s genius is in shortcutting the middle man. With a smarter supply chain strategy and new technology, the beauty industry start-up is able to offer a service once reserved for celebrities and Real Housewives to regular gals like your Style Girlfriend. The founders, two brilliant women from the corporate world, realized that if women are willing to pay $40 for just a blowout, that many of those same women will carve out room in their budget for hair extensions. Why? Because having great hair is a huge confidence booster.

Like hiring a trainer to get you into shape, or a business coach to help you make it to the next level in your career, there are plenty of investments we make in ourselves that others might see as extravagances. To me, though, a strong body, career, and sense of self are what help us get out of bed in the morning. Should you go into debt over them? No, but don’t discount their importance, either.

The extensions process itself was strange, but simple enough. The stylist took two sections of “new” hair, about an inch and a half wide each, and a little longer than my own, and sandwiched my hair between them with strong pieces of tape. The result, my hair’s volume doubled in a little less than an hour.

When it was all done, I looked in the mirror and was stunned into silence (which is saying something, for me. I loved what I saw – I looked like a total bombshell! Who wouldn’t want that? But also – and this is important – I loved that I felt like me. In the same way I imagine someone who’s gotten a facelift after years of looking older than they feel, or a hair transplant after premature balding – there’s a sense of symmetry that comes from looking like the “you” in your head looks like the you in the mirror. 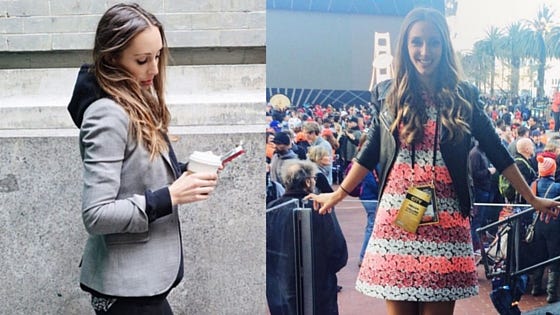 WHAT’S IT ALL MEAN

In the days and weeks since, I’ve felt both keenly aware of my “guilty grooming” extensions but also totally at home in my new follicular reality.

I remember they’re there constantly, when I scratch at my scalp and when I wash my hair with the mandated sulfate-free shampoo (something I probably ought to be doing by now anyway, given recent studies).

Other than that, it feels totally normal to have this amount of hair. When I look in the mirror, I like what I see. Even without makeup on, or having gone through my previous routine of blow drying my hair and then putting it into velcro rollers to add volume, I think my hair looks great. I think I look great. And feeling great about how I look creates a feedback loop, making me look even better.

It’s not an exaggeration to say these extensions have noticeably improved my quality of life. I recently read ABC news anchor Dan Harris’s book 10% Happier, on taking up meditation, and while I wouldn’t credit my extensions with a full 10% bump, I’d say they pulled through with a solid 3-5%.

Amy Winehouse once answered a journalist asking if the singer’s iconic beehive was “hers” by saying, “It’s mine because I bought it,” which I think is such a brilliant shutdown and also an apt description of the sense of ownership we have over those things we do with intention. The things we do for ourselves – the measures we take to make us feel like our best selves – those are the things that are most ours, because we took the time, spent the money to get there.

It’s a few weeks later now, and the extensions are starting to grow out. I have to decide soon whether to simply have them removed, and go back to my fine-haired existence, or if I make the room in my budget to keep them up. There’s a part of me that’s worried if I take them out, I’ll feel like I’m at “less than,” when really I’ll just be back where I started. What I’ll have lost, though, is the confidence that came with the hair. The symmetry – the “That’s me” in the mirror.

If you’ve ever wondered about “guilty grooming” – from teeth whitening to pedicures, to laser hair removal to botox to nose jobs to whatever, know you’re not alone. I’d love to hear from you – what you’ve thought about doing, what you’ve done, how you felt about it. Don’t feel guilty, feel proud that you took control of your confidence. I know I am.