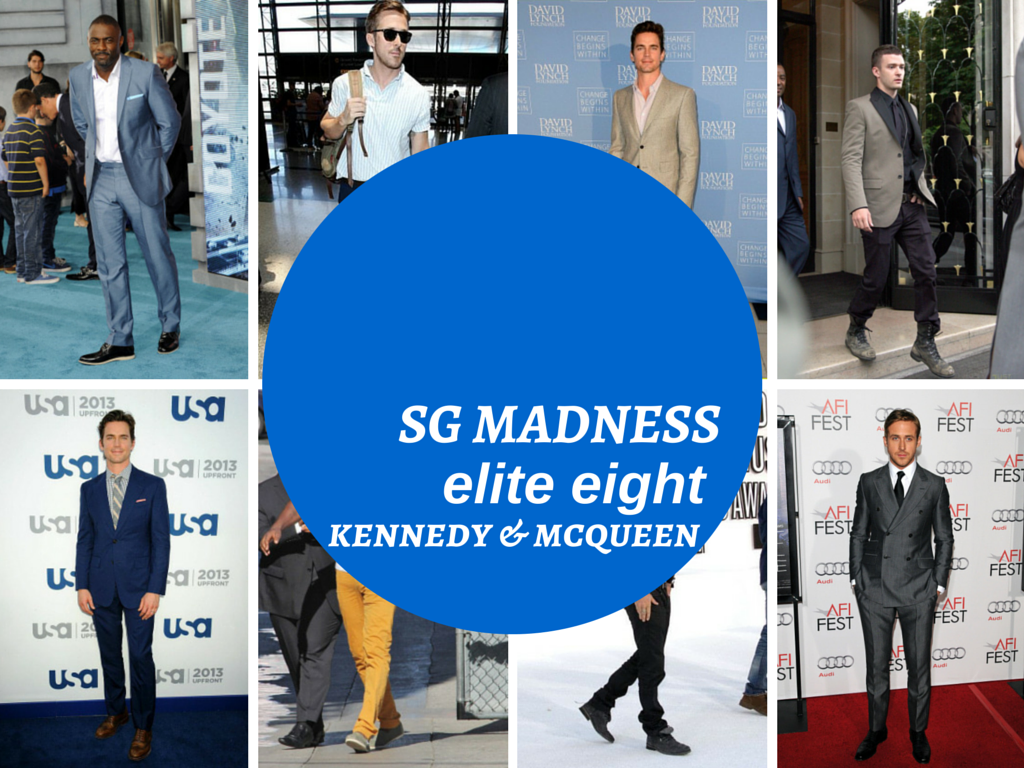 We’ve reached the Elite Eight! Vote for your picks to move on to the Final Four in the Kennedy and McQueen regions before 9PM EDT. And remember, you’re NOT supposed to vote exclusively based on the outfits in this post, but on all outfits they’ve worn in the past year. 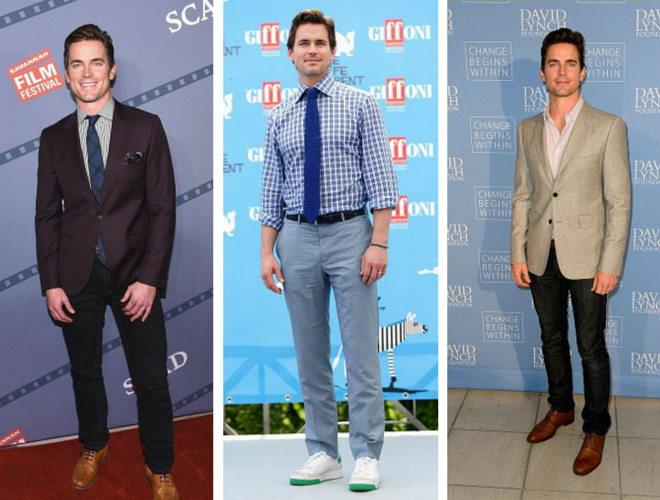 These face offs are only getting harder. While Matt Bomer looks consistently stellar on the red carpet when in a suit, his casual game isn’t the strongest. He hasn’t mastered the sleeve roll (but we have and you can too, here!) but he definitely is tight with his tailor. 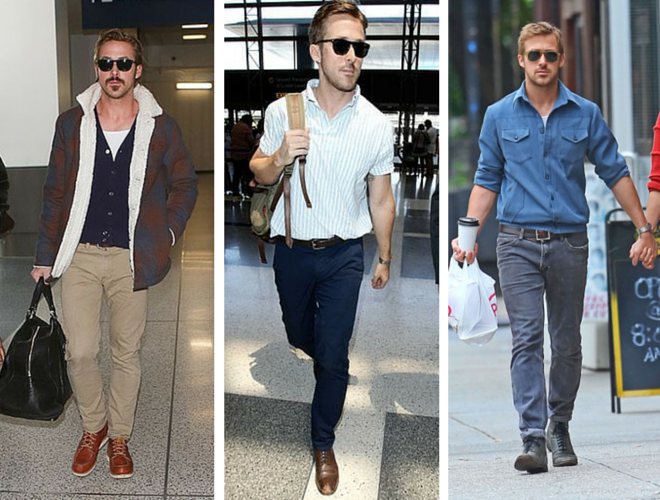 The Gos looks great everywhere – walking the red carpet or coming out of the airport.  He isn’t particularly trendy – he picks traditional wardrobe basics, but makes them intersesting with his accessories. A blousy short sleeve button up with skinny pants and a backpack could so easily go Dwight from The Office but obvi Gosling turns it into the coolest casual date look. 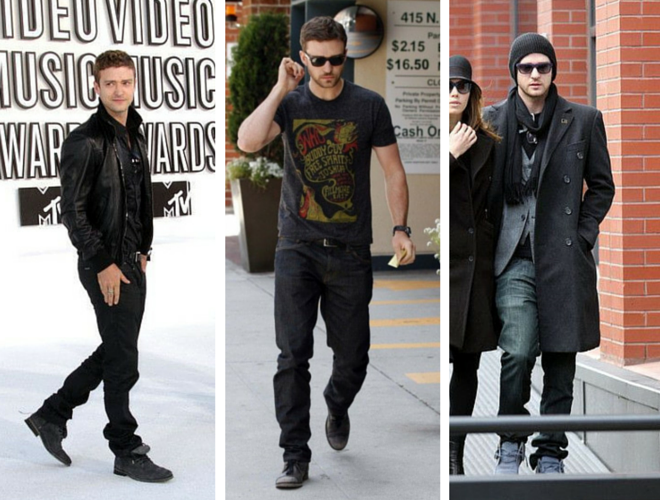 Justin is a multitalented famous person who also happens to have a pretty good grasp on fashion. His only real mistakes of memory were in his boy band days, in which someone else was definitely dressing him. He keeps it safe in all black sometimes, but he loves to mix it up with interesting layers and bold graphics. Also, we would have a former mouseketeer face off if JT and TheGos get through to the Final Four. 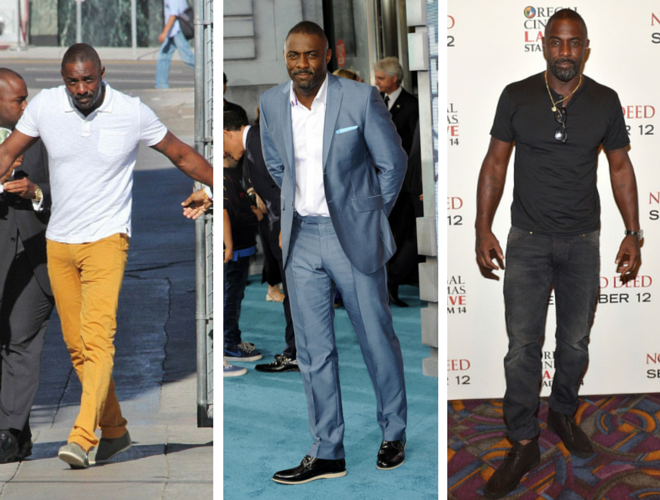 Idris Elba proves that yellow pants are totally cool and amazing. Idris’s colorful wardrobe puts you in a better mood (science, people), but his all black outfits always have an accessory or extra something to make them just as special as those yellow pants.

Make your case in the comments and tune in for the second half of the Elite Eight tomorrow morning at 8AM.