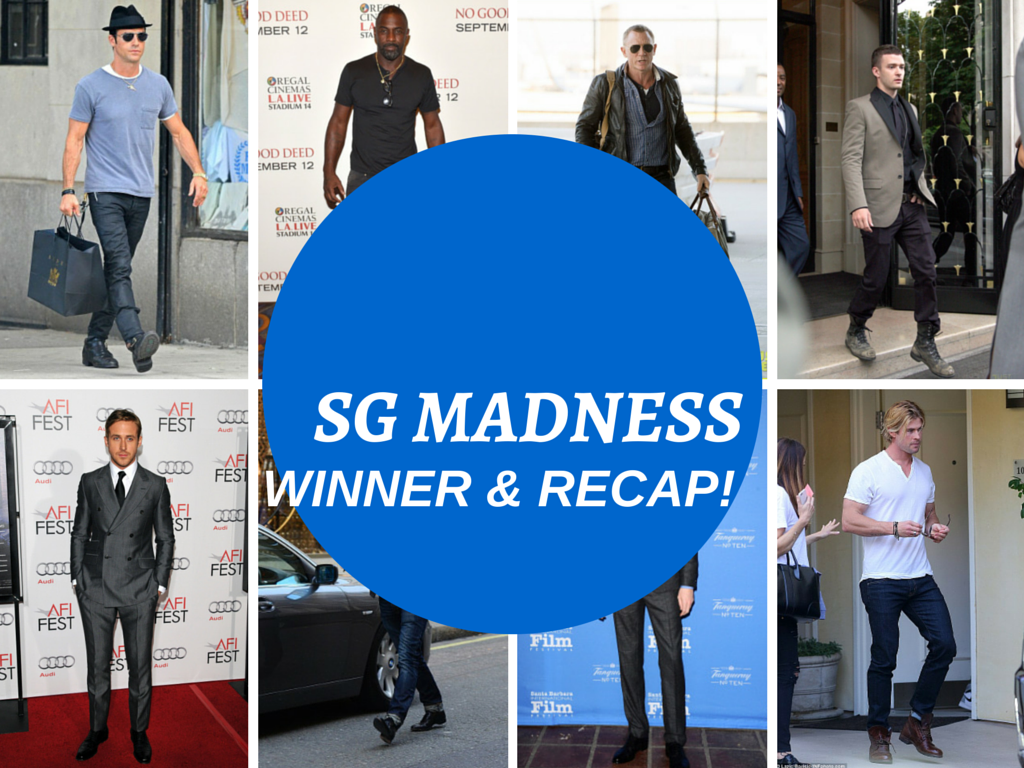 And just like that, Men’s Style Madness is over! What a great run, huh?

Let’s take a look at the completed bracket:

So it’s official: You voted Daniel Craig your Man of Style of 2015.

You guys loved Craig’s adaptation of clean classics mixed in with some rugged elements. While the Bond star can obviously pull off a suit like no other, he also maintains a very put-together wardrobe off screen as well. And we agree, we’d steal his look any day for you guys.

BUT BUT BUT there was obviously some kinks somewhere along the line: Passionate Twitter fans muddying the voting waters, not enough of YOU the reader voting for your favorites, not necessarily following the rules about voting on a contender’s body of work, rather than the look right in front of you, and ::ahem:: letting your man crushes cloud your eye for style with heart-shaped glasses.

So let’s accept that this was the first year, and with that, some room for error. Probably at least 15% error which is totally unacceptable in chemistry but this is like Gym-meets-Home Ec so I’d say we’re okay for being freshmen.

WHAT COULD HAVE BEEN (AKA THE BIGGEST UPSETS ACCORDING TO GABI)

With no less than 20 upsets, I realize that making brackets is probably not my (Will) forte. Here are a few contenders that I thought should have made it a little farther:

1. A$AP Rocky: This guy’s experimental style may not be the closest to what we show on SG, but he definitely can serve as inspiration.

2.Harry Styles: Guys! Harry dresses just like a modern-day Mick Jagger! What’s not to like about that? Not sure why he didn’t make it to the end is all I’m asking…

3. Russell Westbrook: I am completely unsure of how Dierks Bentley beat this Westbrook. He is definitely not into basics, but that makes him so much cooler. He is geek chic.

4. Jimmy Fallon: You guys said he wears his jackets a little too tight, but I think that’s honestly my favorite part about the way he dresses.

5. Sam Smith: There weren’t even enough picture of Kevin Love out of uniform for me to include 3 full length pictures of him in the first round. Sam Smith had both red carpet and street style looks that were on point and worthy of having a full body shot, so it should have been a no-brainer simply for showing up.

6. Nick Wooster: I know some of you had this fashion genius in your Final Four, and he definitely would have made it had he not been matched up against The Gos in round 2.

7. Jason Sudekeis: Clearly, we love Jason here at SG HQ! But Idris deserved to move forward. If only you had been in the bottom of Basquiat instead of McQueen you could have been the sneakerhead representative of the Elite Eight.

8. David Beckham: There was obviously something fishy in the voter pool the day that Beckham lost in round 2.

9. Aziz Ansari: I get that Chris Hemsworth is aspirationally hot, but is he well-dressed? He wears a lot of vests over t-shirts, guys. Like, a lot. Aziz is Tom Haverford IRL, meaning, he knows how the cut of a suit flatters a shorter frame, and should have definitely had a few more W’s.

10. Idris Elba: Dude has style and could have gone all the way.

And now that that’s out of the way, here’s a little Post-Tourney question that we had hoped would have been taken care of yesterday: 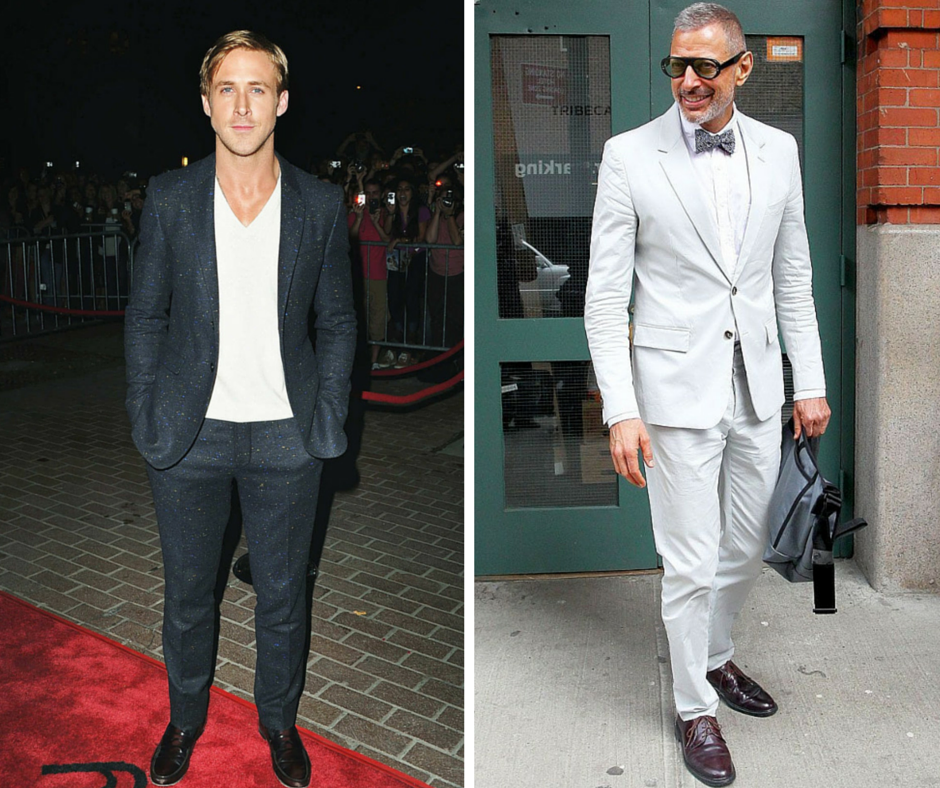