We’re at the end of Round 3 already?! Make sure you vote for the Sweet Sixteen candidates in Basquiat region, too! 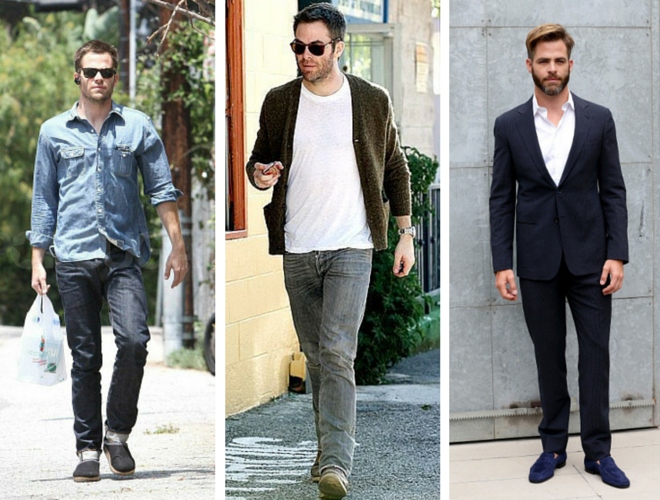 Even with scruff on his face, Chris Pine looks put together.  He manages to pull off denim on denim (though it looks like he could use our sleeve rolling tutorial!) and blue suede shoes with a blue suit. Also, grey jeans and olive green nubby cardigan: the greatest brunch ensemble ever?

Justin Theroux’s style could be described as a British motorcycle bad boy – and that’s, like, three individually attractive character tropes – so it’s definitely hard for a girl to resist, but also probably pretty cool to you guys too. Everything is cut slim so sloppiness is easily avoided, and dark, neutral colors are easy to mix and match – sounds pretty easy to translate into your own wardrobe, right? 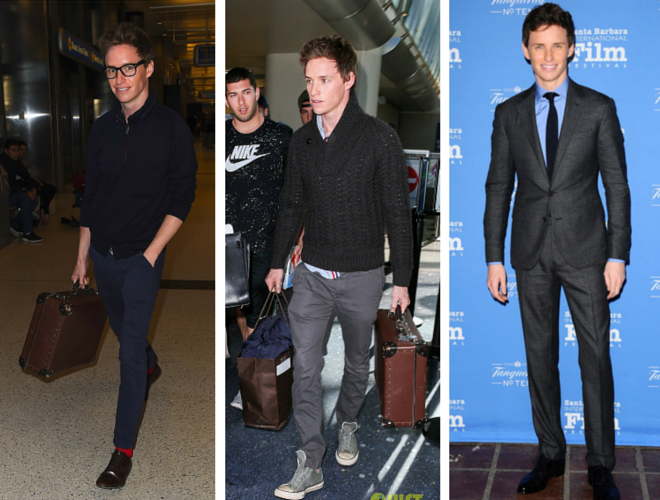 Eddie’s suitcase is fashionable. He’s a great example of how to dress when you’re traveling to feel comfortable and still have style. I think of all the remaining contenders, he may have the most colorful collection of suits, which will definitely have to be compiled if he moves on. 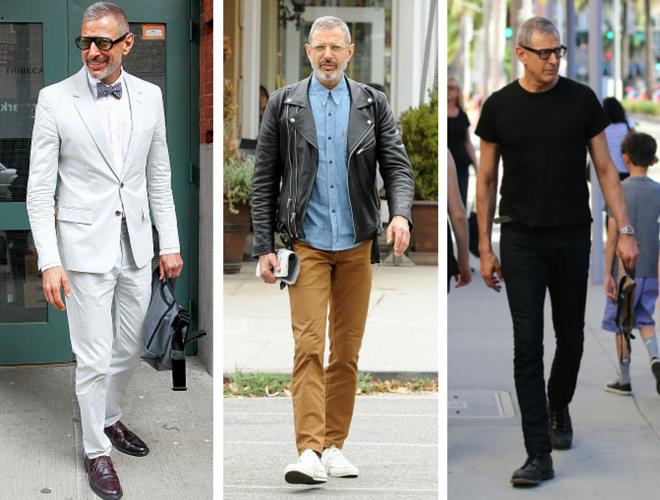 Jeff Goldblum style is undeniable. The middle outfit alone could seal the deal on this whole bracket; It’s literally a perfect example of “Everything you should have in your closet and how it should fit.” He can wear a totally tonal outfit without looking like a busboy and he can wear big silly sunglasses with a simple white suit. You go, Goldblum.

Get your vote in before 9PM EDT tonight – and sound off in the comments!