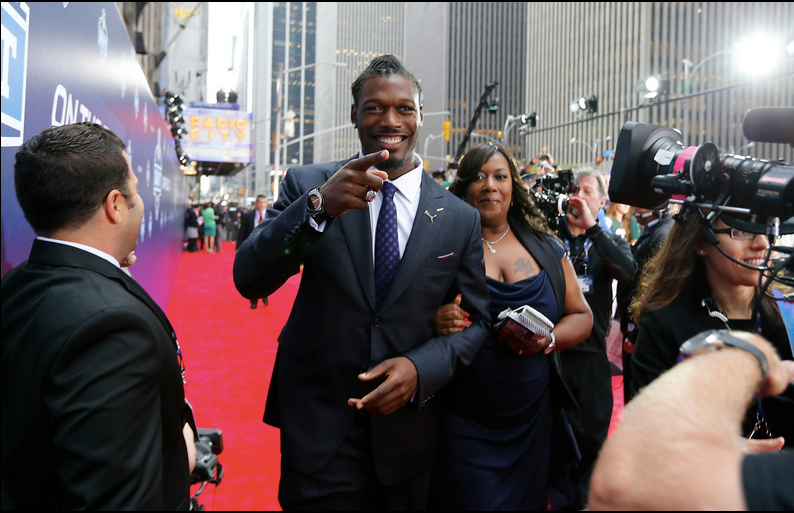 Last night, I had a chance to hit the 2014 NFL Draft red carpet with NFL Fan Pass, to ask players about their game – their style game, that is.

Literally, I was these guys’ first stop. Before doing their best model poses for the pit photographers…before getting cheered or jeered by the fans amassed in a huddle on risers…before heading inside to wait to hear their name called and become instant millionaires…they had to face me, sticking a microphone in their face and asking how they got dressed that day. 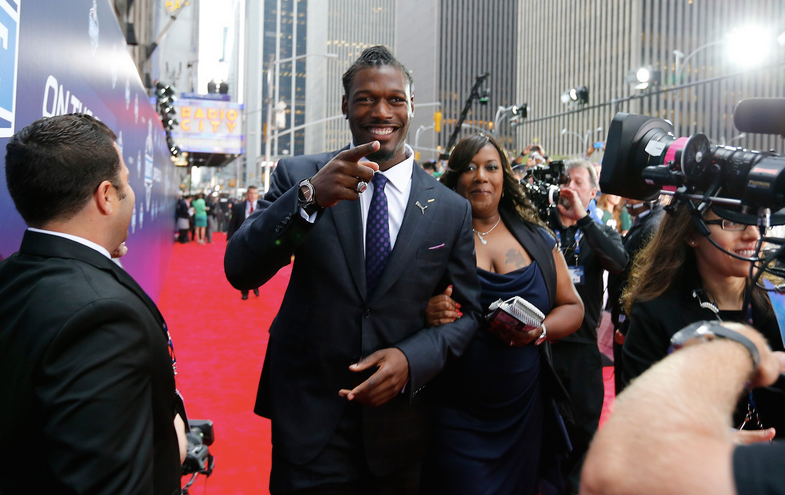 Pulling up to Radio City Music Hall here in NYC, the athletes, accompanied by their moms (Mother’s Day is this Sunday, guys. Don’t forget!), got introduced to the crowd over a loudspeaker, then ushered over to my roped-off holding pen. Did they expect me to ask about how they felt about their chances? Which team they hoped to go to in the first round? Who knows, but what they got was, “Who are you wearing?” Because that’s how I roll.

How’d I do? Well, I totally blanked on Taylor Lewan’s look in the video naming my picks for “best dressed,” but I did think he looked good…he just was definitely not wearing a cream dinner jacket, so don’t bother correcting me in the comments. I definitely facepalmed hard enough for all of us when I saw the clip this morning. But I did get Jadeveon Clowney, the league’s number one prospect and ultimate #1 pick (heading to the Texans) to pirouette for me, so that felt pretty empowering

Overall, these guys were more than happy to talk about their personal style, though most did also say they feel more at home in a football uniform than a suit. I get that, but I will say they ranked above last year’s class in terms of seeming at ease in their outfits. I think style – and suiting in particular – is just something these athletes are getting comfortable with sooner and sooner, which is good, because they’re about to get invited to a lot more parties, and they’re going to have to dress the part of NFL superstar. Go hard or go home, right?

Check out the videos above, then tell me:

Who was your top pick for best-dressed?