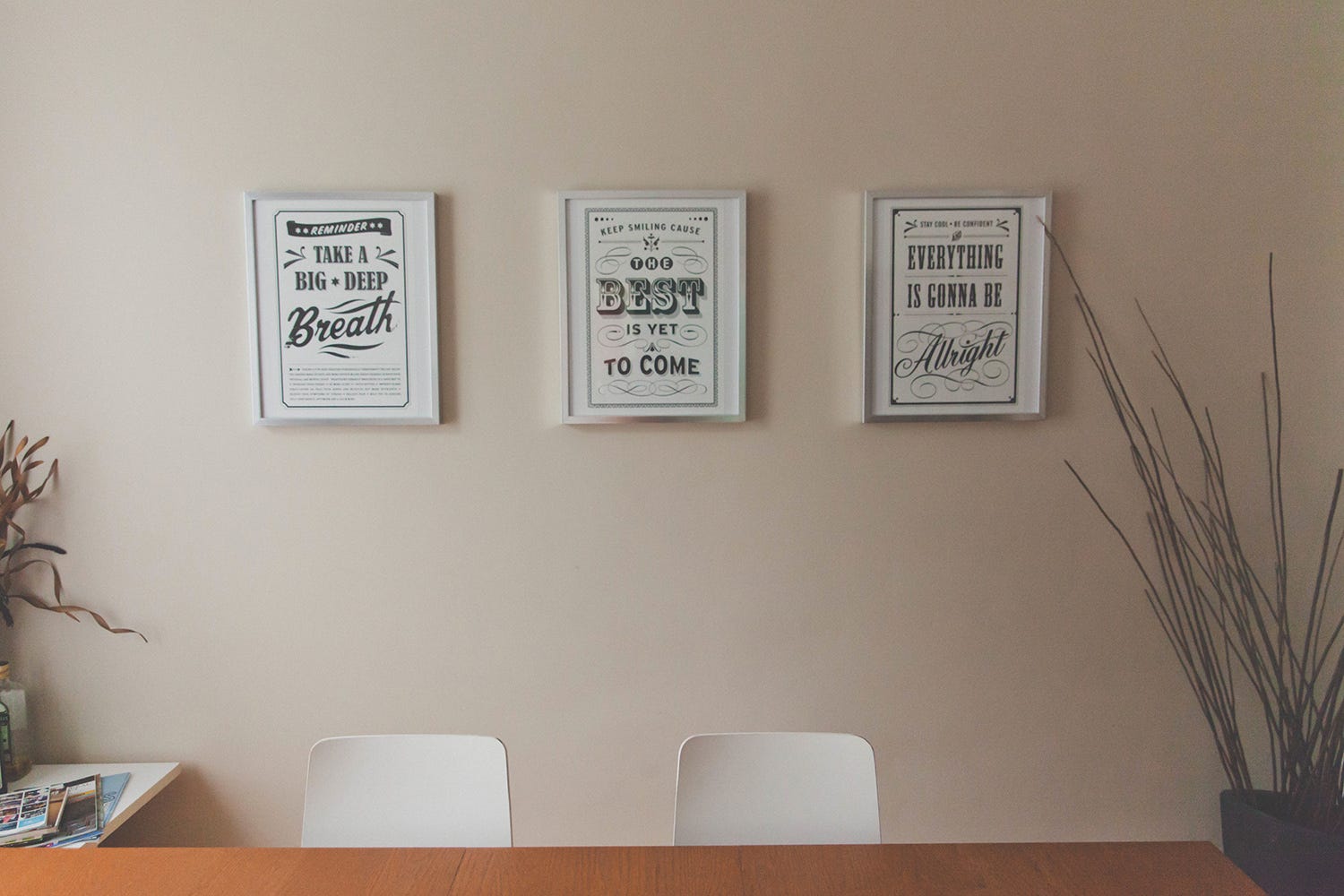 Hi, my name is Megan, and I’m a perfectionist.

When I was younger, I thought it my duty to inform everyone I loved and cared about that they were living their lives wrong. But not to worry, a 12-year-old girl in her older brother’s hand-me-down windpants and a bowl cut was here to help. I’d thoughtfully explain all the ways they were throwing their lives down the toilet – from the sports they liked (how could anyone like anything but gymnastics and diving – NOT COINCIDENTALLY the two sports I played) to the classes they took (anything but English, my favorite class, was a waste).

When they didn’t listen (they’d never listen), I would get judgey. Very judgey.

As I got older, I realized that – as it turns out – I didn’t have a monopoly on right and wrong. My patient parents and understanding siblings will tell you I’ve mellowed out a lot. Heck, get enough Old Fashioned’s in them, they’ll even tell you I can be fun to be around sometimes. Sometimes.

What changed? Well, I realized that the best intentions didn’t always result in the “right” results. I grew up wanting to get married and have kids and live next to my sister and her kids in Wisconsin while AT THE EXACT TIME be a high-powered businesswoman in New York City. Turns out it’s not possible. Shoutout to #HavingItAll.

The bone-crushingly hard part is that even when your life is beautifully imperfect, it doesn’t make the perfectionist impulse automatically vanish.

Especially as it relates to Style Girlfriend, I struggle with reconciling the desire to “put myself out there” while not wanting anyone to see the growing pains while I figure out how to do those things well. I never expected to run my own business; now that I am I want to do it…right.

I’m satisfied to report that I am trying a bunch of new things, and am pretty terrible at all of them, if I do say so myself.

I released a podcast that’s not perfect yet. In episode 001, I basically forgot to introduce my guest. Listening to the intro on episode 002 this week, I cringed at my tone – we recorded it six times thanks to some technical snafus, and my energy was waning. My interview skills are still of the “trying to make a good impression on a first date” variety, and while I’ve heard from multiple people what a good microphone we have, it doesn’t sound close still to the quality of the other podcasts I listen to.

Now, to refute all those claims in (nearly) the same breath: the intro of your first podcast should probably be terrible or you waited too long to put it out, I think the conversations still turned out interesting and fun, and the other podcasts I listen to are produced by companies who make things for people to listen to for a living, like NPR and Maximum Fun, so yeah, it makes sense that my little mom and pop shop of a podcast doesn’t sound quite the same. yet.

I say all this because I’ve let myself get away with not having as much fun as I could have because I didn’t want to ship anything til it was perfect.

While I still believe in doing your best – from assembling a wardrobe you can be proud of to completing a project for work – “your best” can never happen if you don’t do anything at all. Your best can only be compared to what you put out into the world.

Will you make some missteps? Sure, maybe you’ll have a lapse in judgment and come home from the mall in leather pants, or maybe you’ll try a new shirt and tie combo and all day just feel like it’s not working.

A few tips I’ve learned along the way on making perfectionism work for you:

We’ve all heard it: “Don’t let perfect get in the way of good.” For perfectionists, this maxim applies double. You can expect to see a lot more coming out from Style Girlfriend in the near (and far, for that matter) future; none of it will be perfect, but it will be good.

Something that can be a challenge for me is recognizing I don’t have to do everything on my own. I started a company on my own. I live on my own. I might be independent to a fault. A phrase I’ve been incorporating a lot lately is “You don’t have to reinvent the wheel.” Obviously I want to provide you guys with ideas, information, and advice that you find useful and helpful (while also hopefully keeping you interested and entertained!), but I’ve started to lean harder on those around me who’ve been through the paths I’m traversing now. It’s humbling, but helpful.

always have a post-mortem

What gets measured, gets managed. After you’ve tried something, review it – what worked, what didn’t, what you can do better next time. Anything. A new outfit. A new recipe. A new podcast. This puts you back in control, and prevents you from getting caught in that feeling of “not-quite-good-enough-but-can’t-figure-out-why” that makes perfectionists want to duck back under the covers and hide.

You want everything to be great. That’s not a bad thing. It’s only bad when you let it keep you from doing anything. But don’t forget to give yourself a pat on the back – not just lashes – for holding yourself to high standards.

Sign up for the the Style Girlfriend newsletter, and get stylish tips and shopping picks delivered right to your inbox.