On the Election
a letter from the editor 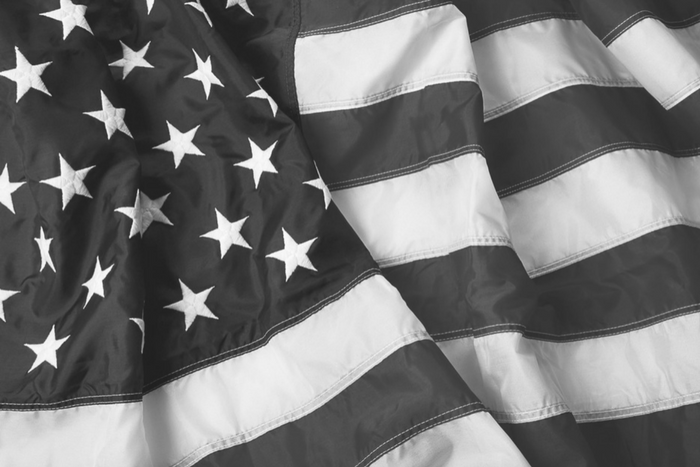 Yesterday, I woke up at 5:50am to vote. So bright and early it wasn’t even yet bright. The polling place was right around the corner from my apartment, so all I had to do to exercise my rights as an American citizen was roll out of bed and shuffle down the street in my sweatpants.

I felt nervous, but excited. Every four years, the engaged citizenry of our great country comes together to make change, to decide a president. To make our voices heard. To vote. What an amazing opportunity. How lucky we are to be alive right now.

This morning, I woke up later. Magical thinking, I suppose, that somehow everything unfolding last night could be turned around during my REM cycle. Because last night, the country’s loudest voices told me to sit down and be quiet.

The results of this election legitimize an insurgency of hatred that terrifies me. Do you agree that Muslims should be banned? That we should build a wall to keep Mexicans out, and draw up refugee blacklists? How about sexual assault; do you believe women need to just deal with it if the perpetrator has a show in primetime? That war heroes ought to be mocked, not lauded, for their service?

I don’t. And I’m so sad that I woke up this morning in a country where our president-elect does. Where half the nation apparently does, too.

My sister is a teacher and my brother works for the government, and I’ve always felt some embarrassment that, for a living, I run a website that shows men how to shop smarter. I’m not molding young minds, I’m not selflessly working in public service.

But here’s the thing: I love what I do, and we do help people. I’ve heard over and over from readers like you that the boost in self-esteem you’ve felt from improving your personal appearance has had ripple effects through your entire life. You’ve asked for – and received – promotions at work. You’ve had amazing dates with amazing women you’d previously thought out of your league. You’ve held your head higher leaving the house each morning because you feel good about yourself in a way that you didn’t before finding Style Girlfriend.

The confidence Style Girlfriend instills in men is the same confidence I get from running it. The results of this election, then, feel like a personal rebuke. How dare I have the audacity to think I deserve the same confidence as a man gets to feel? That’s not my birthright; it’s theirs. This isn’t my country. It’s yours.

This election’s results tell me that many men feel threatened by women like me. Women who’ve joined men in the workforce, some of whom have climbed over them on the career ladder. Women who believe they’re more than their looks, or their husbands, or their babies.

Make no mistake, though. We’re not going anywhere. Through this election cycle, I never once threatened a move to Canada if the results didn’t go the way I wanted, and I’m not going to now. I honestly couldn’t imagine having the need to follow through on such a threat in the first place, but here in the light of day, this sober morning after, I stand by it. I’m staying right here. In my ambition. In my assertiveness. In my femaleness.

Today, I make my small protest. Today, I take Style Girlfriend away. We’ll be back tomorrow – older, wiser. But today? Today I mourn the fact that many of you voted yesterday against me. Even if you don’t admit it, even if you can’t admit it to yourself, that’s where we are. I’m sorry you feel threatened by my success, but when I win, it doesn’t mean you have to lose. But today? Today we all lost. So I’m taking my ball and going home because I don’t want to play anymore.