Give up for Ben, our #OOTW winner!

You get a Winston Set from Harry’s, you lucky man, you!

Here’s what Ben has to say about his look

“I know I made a few mistakes but I think I should get bonus points for being 5′ 6″ and taking a 6′ bombshell to formal.”

That tie looks awfully familiar…maybe from my DREAMS?! But alas, it’s from the Tie Bar, which does come up in my browser history. Coincidence? I think not. I also have to give props to your date for matching her nail polish and her skirt exactly, YOU GO GIRL!

First of all, props to Ben for rocking a killer amount of confidence with his look. I have a feeling he could be in a mumu and still have that huge smile on his face. Perhaps that has something to do with the lovely lady standing next to him? Second props go to Intern Gabi for somehow divining the nail polish shade on Ben’s date’s nails. You are so much better at being girly than me.
As for where Ben made his mistakes? You got me. Really. I suppose he could have added a sportcoat, but maybe he had it on earlier, but took it off when the dance floor got jumping. It’s hard to break it down to The Wanted and 2 Chainz and whatever else THE KIDS are listening to these days while feeling restricted by heavy suiting. I don’t know.
Otherwise, as a guy on the shorter side, I think Ben did a great job of putting himself in clothes that cut close to his body, thereby making him look every inch of his height. I like that he skipped a belt, as that accessory can have a way of breaking up the visual line of your outfit, making shorter guys look a little, well, shorter. For guys of average to above-average height, belts pose no such problem, but it’s just one of those little tricks that shorter guys should be aware of. Hope your formal was a blast, Ben, and congrats!
And, as always, the details:

Do you think Ben should get the bonus points? 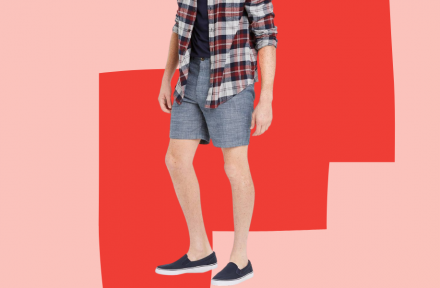 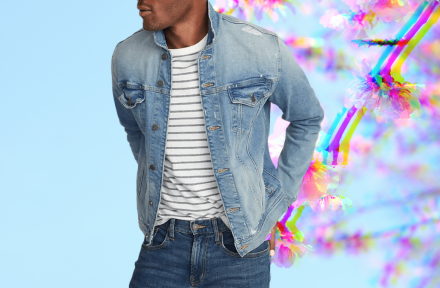