Politics and Dating: How to Talk Politics with Your Dates - Style Girlfriend
Skip to content

Politics and Dating: How to Talk Politics with Your Dates

Politics and Dating: How to Talk Politics with Your Dates
3 ways to keep the conversation cordial 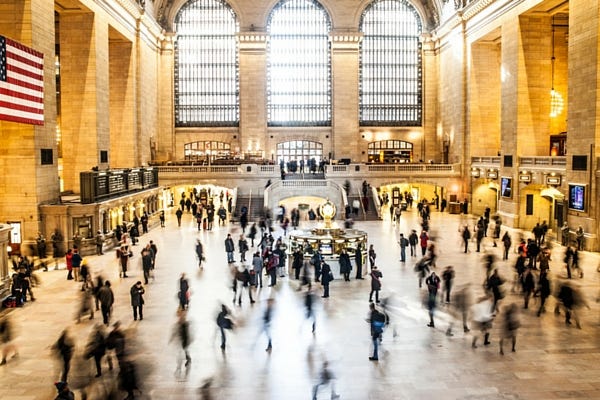 Emily Post and my southern ancestors say that you should never discuss religion, politics, or money in polite company.  Ever.

Listen, it’s election season and Donald Trump is – still – running for president; when it comes to politics, the rules have gone out the window and all bets are off, as far as I’m concerned.

Why? We live in a very politically charged world: Between mass shootings, attacks on Planned Parenthood about shadily edited videos, ISIS, and landmark Supreme Court cases being decided, it would be almost impossible to not talk about politics (Sorry, that got a little dark. Scary world, guys, scary world).

Plus, my 9-5 job at a news website deals heavily in the political world through news coverage and political events, so it would be weird for it not to come up when I get asked what I do (though I also love adding: “I also write a dating column on the side,” because that normally causes panic to flash across my dates’ faces).

And like for many people these days, especially the 20- and 30- something generation that came of age in a post-9/11, Obama-as-president era, politics interest me to no end. On a broad scale, it really doesn’t matter to me what side of the political spectrum you sit on as long as you are invested in the political future of our country and respectful of views that differ from yours. Because at the end of the day, I firmly believe that the ability to vote in a democratic system is one of the most important freedoms we have in America, a freedom that people around the world would and do literally die for, so why wouldn’t you want to invest in that freedom?

So, it’s important to me that the person I date is up to date on, and into, politics as well. That they have an interest in issues, whether they are social or economic. For example on our very first date, the guy I’m now –wait for it–  dating (pause for freak-out), flat-out said “So, I know you’re not supposed to talk politics on a first date, but how do you feel about gun control?” We had been talking very abstractly about current events and our first date was a few days after the Colorado Springs Planned Parenthood Shooting. I swooned that he wanted to talk about about specific political subjects. A couple dates later, we talked Guantanamo. That’s romance.

I think it is absolutely necessary to be able to talk about politics with a potential love interest or long term partner. Not only can it make for engaging conversation, but it can also weed out potential partners whose political views may be a deal breaker for you before you get too far in a relationship (yes, I said it, and really, I think it’s OK to have political deal breakers these days – you wouldn’t want to be envisioning children with someone only to find out they don’t believe in vaccines, would you?).

So how do you talk politics and dating? It’s pretty simple, if you follow these three tips:

Especially if you disagree with your date’s political views, try not to be dismissive and instead be open to conversations. As you fellas know by now, I identify strongly as a feminist. It’s no secret – to the point it was very prominent in “about me” sections on dating profiles. And yet, many of my dates seemed to feel the need to challenge me on this stance, or seemed very surprised (seriously guys, read the bios of your dates you meet online). Let’s examine how that goes.

By the way, every single one of these situations actually happened:

Situation A:  (After my date volunteered to me his political leanings, and I said I fell on the opposite end of the spectrum ) “Yeah that’s cool as long as you aren’t some sort of feminist or something – yuck.”

The problem: Immediately put me on the defensive. This guy had just got through telling me that he didn’t think poor people deserve welfare, and I suddenly seemed to be the one who was awful. In one fell swoop my opinions and stances were shut down and implied as “crazy,” and there was no room for discussion because I knew I was never going to get through to him the legitimate definition of feminsim. Pass.

The outcome: Drink on his head. Kidding. I drank two more old-fashioneds and went home.

Situation B: “I saw that you identified as a feminist on your profile, could you explain how you define that?”

The problem: There was no problem! What followed was the definition of feminism (political, economic, and social equality for the sexes) and why there was the continued need for women’s rights and equality. Followed by an engaging conversation on how the “F” word gets a bad rap, and how, upon reflection, he supposed he was a feminist as well, he had just never defined it like that.

The outcome: Great discussion on a first date.

But obviously it’s not all about reactions to my stances. I went out with a guy last fall who was entirely on the other side of the aisle from me. That in itself is not a deal breaker (we’ll get to deal breakers). He asked me to talk about my job further and I mentioned we had just hosted an event with some prominent Republicans, and were planning one with Dems as well.  From there he volunteered to me that he was a tea partier and loved Rand Paul. I chose to go with a response similar to the one in Situation B above. I was truly curious as to why and we had a brief but nice chat about his reasoning for supporting Paul. The outcome? We knew where the other stood and still managed to have a nice evening.

We all have deal breakers when it comes to dating. That is TOTALLY fine. Everyone is allowed to have them.

But what about political deal breakers? One, it’s very important for you to know yours and two, you shouldn’t feel that you need to compromise your own moral compass for someone else.

If you talk politics on an early date and uncover that your love interest is completely opposite on something you see as a deal breaker, you can re-evaluate things accordingly without being in too deep.

Take a friend of mine. She went out with a guy a few times and it was going well. On the fourth date, they started discussing politics and the Presidential primaries. He said, point-blank “I would never vote for a woman president.” Why? He just didn’t think women were “up to the challenge” of being president, regardless of qualifications. Yikes. She walked out of their date. That statement, for her (and if we’re being honest should be for anyone), is 100% a deal-breaker. And that’s fine.

So you need to figure out your deal breakers. If you know you can’t date a woman who doesn’t support the armed forces, or who thinks we should build a wall to rival the Great Wall of China on the border, that is truly ok. Just know why you feel so strongly, and be able to defend your position, should the situation arise.

My deal breakers are a woman’s right to choose and marriage equality. But beyond that, if you identify as a Republican or Libertarian or Communist or whatever, that in itself is not a deal breaker – as long as you can back it up with facts. You think the GOP’s tax plan is better suited for your goals of retiring at 35? Fantastic. You think we need a different approach to dealing with ISIS? Let’s discuss.

Conversations where two people can disagree while respectfully and smartly defending their positions is intoxicating and can be quite electric.

One of the most important things to remember about talking politics with someone is that you are unlikely to change their mind, especially if they are passionate about the subject at hand.

And you need to be OK with that if you like the person enough to keep seeing them. We all know you should never go into a relationship hoping to change the other person, and that goes for their politics, too. If you like everything about a person besides the fact that they want Hillary to be indicted for Benghazi, you need to figure out if that’s a deal breaker for you, because you need to know you (most likely) won’t change their mind.

And don’t try to trap your date into “seeing” why they’re wrong, or try to back them into a corner. One of the most annoying things for me is when men (yes, this has happened multiple times) triumphantly say something along the lines of “how can you demand equality when you went to a college that discriminates against men by not letting them in. Huh? HUH?” Because – one – eye-roll, that’s the oldest “gotcha” argument in the women’s college book and two, really? What were you hoping to accomplish? Make me suddenly “realize” holy moly you’re right- my college that aimed to further the empowerment, education, and promotion of women is a crock of hooey! Yeah, not gonna happen.

Instead, if you disagree with someone, respectfully ask them to explain their position. And it’s totally fine to counter what their saying with, “Ok, but on the flip side couldn’t you argue that x,y, and z are also true?”

I went on a date with a guy who volunteered that he was a staunch supporter of Ben Carson. Again, I was pretty curious as to “why” and asked (NB: This also happened to be the same week that Dr. Caron’s own campaign manager went on record saying that Carson had almost no knowledge of foreign policy, so I really was curious). So when my date said “well, I think he really knows what he’s talking about and has some great ideas,” I countered with a reference to the article and other recent events surrounding Carson.

Did I expect to change this guy’s mind or suddenly turn him into a Clinton supporter? Absolutely not. But did we then get a couple lively minutes on Ben Carson’s foreign and domestic policy knowledge? Yeah, we did. Which was great and a nice conversation change from “So how many siblings do you have? What do you like to do for fun?”

So political party animals, what do you think? Any tips and tricks for talking politics on an early date? Any must-tell tales of disaster or success? And if anyone wants to talk feminism, holla at me!

Lizzie Thompson lives in New York City where she works in media and freelance writes. She recently realized that instead of just talking with  her friends about their dating lives, she could turn those sometimes-lousy, often great experiences into real-world advice, in the hopes of helping even just a few good men date with a little more style. You can follow her on Twitter.