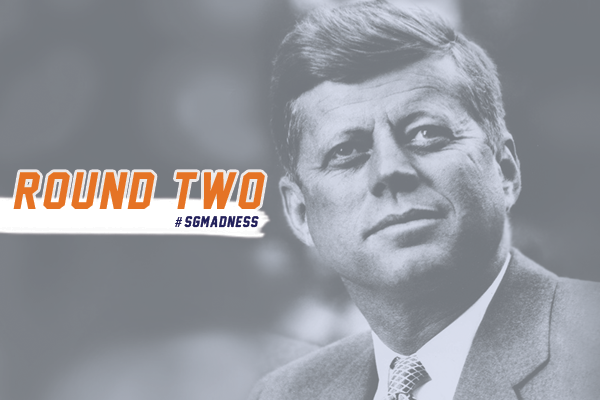 Welcome to the Madness! Voting is simple – pick the most stylish guy by clicking on their name in the match up – no login required. Feel free to share your bracket with us and sway a few votes in the comments below. So, who ya got? 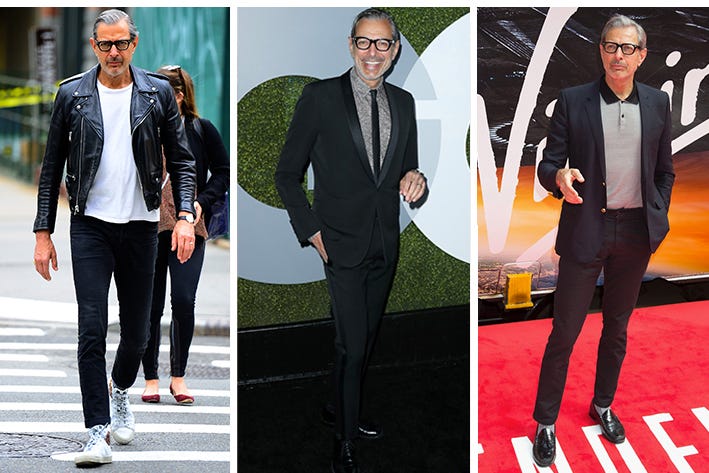 Jeff Goldblum has seriously nailed man chic. You guys appreciate his attention to fit and how he styles himself in a way that feels fresh, especially compare to his contemporaries. He knows how to not overstep into youth fashion – skinny jeans look great on him, but he’ll leave the drop crotch pants and long tees for the kids, thank you very much. 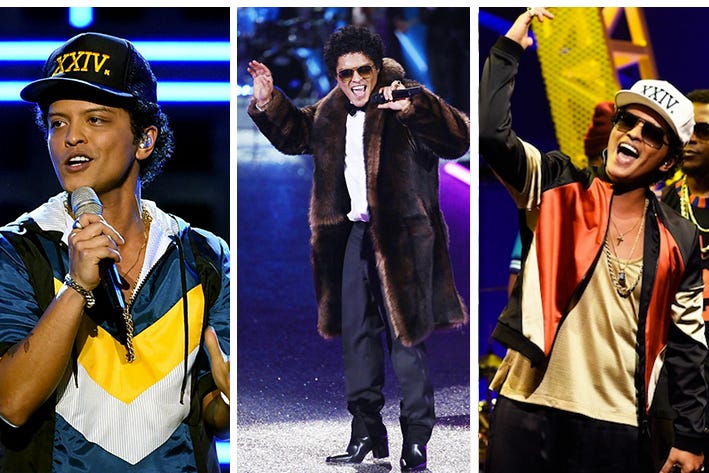 You guys love Bruno’s willingness to experiment with his style, even if you don’t necessarily see the same level of said experimentation happening in your wardrobe on a daily basis. Regardless of what styles he’s wearing on stage, he always looks cool in a way that feels uniquely him – and it no doubt as to do with his confidence in his style. Sometimes, all it comes down to is comfort and preparation – for Bruno that could mean donning his 24K cap and some shades, or it could as simple as a little antiperspirant. 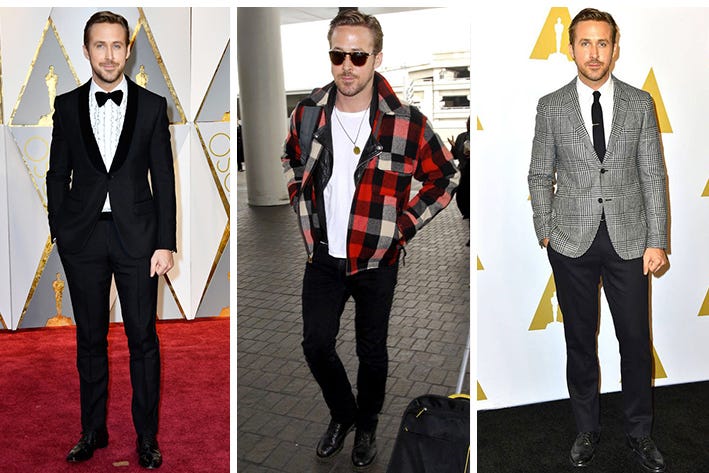 Ryan Gosling moved into Round 2 by no surprise to anyone. It still shocks me (and you guys?) that the Gos hasn’t already won, but I feel he is definitely not in his final heat yet. He knows how to turn up an outfit just a few notches in a way that adds interest without feeling overwrought. His style is thoughtful, but not unattainable which translates to, “oh, I could see myself in that,” and who doesn’t love that? 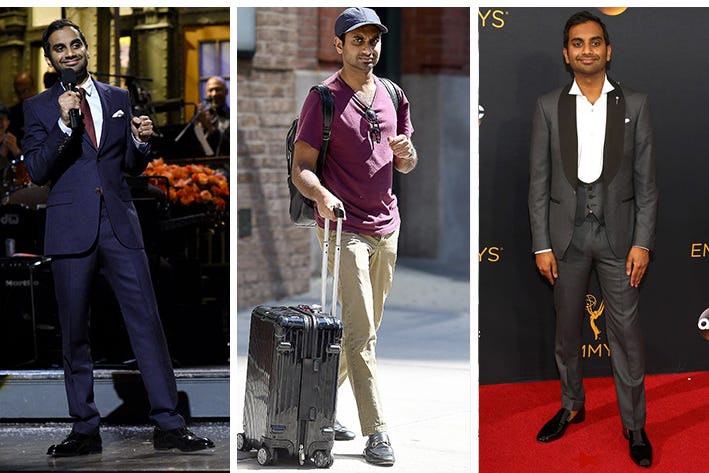 Aziz’s classic style also feels easy to achieve with a close relationship to your tailor, and an openness to wear very cool shoes. He knows how to dress to flatter his lithe frame, and he knows how to accessorize in a way that still feels manly. Like the Gos, Aziz’s style doesn’t feel like a stretch for the average guy and who doesn’t like to hear the phrase, “stars – they’re just like the rest of us”? 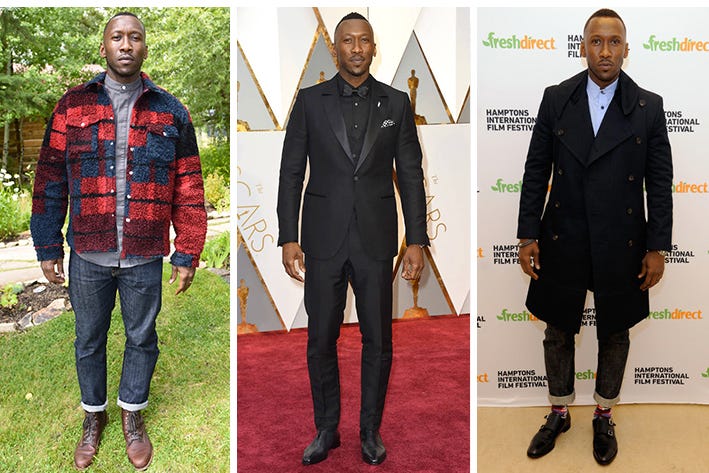 Was anyone else sweating all over their bracket when things got close between Ken Bone and Mahershala Ali? Thankfully my bracket wasn’t busted, and hopefully yours wasn’t either. Mahershala definitely demonstrates fit is king and the devil is in the details – he is maybe the greatest example of the difference made by a single cuff on your jeans. 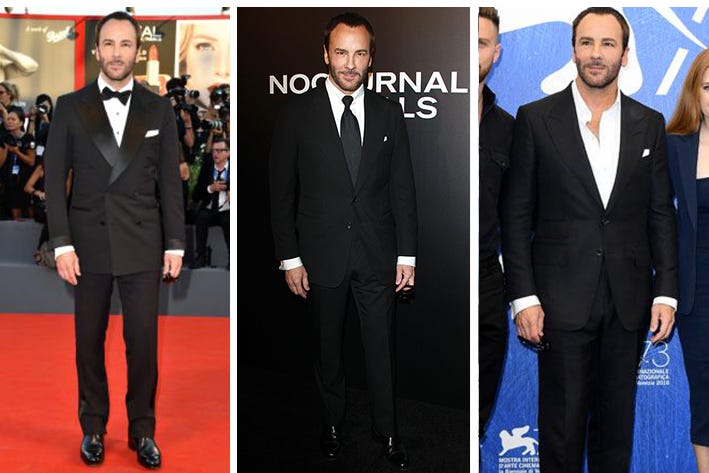 Things were literally tied up between Tom Ford and Edgar Ramirez – but Tom Ford pushed through with a single vote. And that’s what Men’s Style Madness is about – does your style hold up to your competitor? Tom Ford may be the master of suiting, but what happens when his competition has one of the best looks on the carpet from this past year? 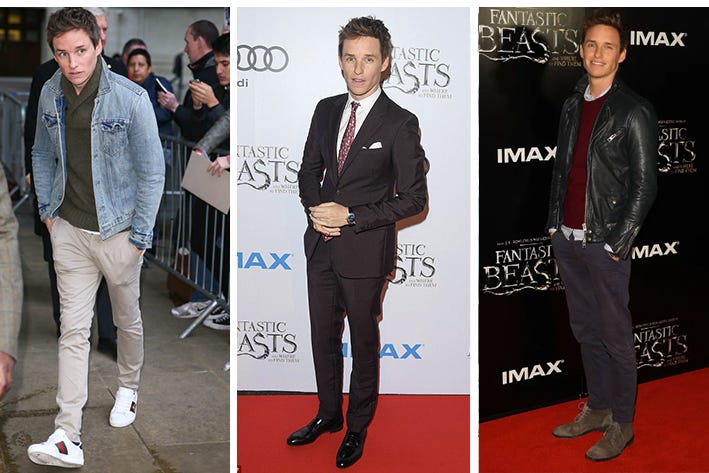 Eddie always looks well put together. He’s keen to layering in a way that never feels forced but always feels interesting. He’s another example of a slim guy being in touch with his tailor – he’ll opt for skinny styles more often than not, but even if he goes for a straight leg, it is cut in a way that doesn’t overwhelm his frame. 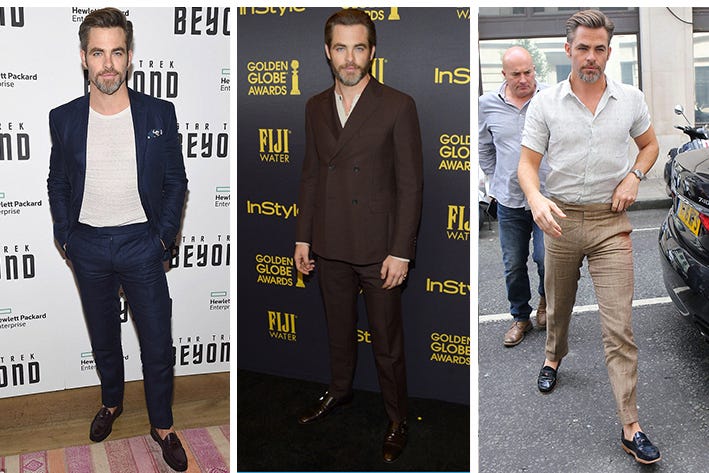 Chris Pine’s style harkens to the gentleman of yesteryear but with all the benefits of modern fit. He always looks comfortable in a suit, and his hair is always spot on (for a fresh ‘do like his, try this Dove Men+Care shampoo and conditioner that we love).

WHERE HAS YOUR BRACKET BEEN BUSTED?