September 2015 Picks
What I was Wearing, Eating, Drinking, Reading, and Listening to this month

Guys, what a month!

We released the fall style guide (over 2,400 downloads, and counting) and launched Undressed – the new Style Girlfriend podcast – on iTunes. I got to meet a bunch of SG readers at a fun Bonobos event here in New York City. I stalked Drake (to no avail) while in Toronto, where I spoke at a men’s conference about taking control of your personal style. Oh, and I somehow found time to move, too.

Below, all the things that kept me busy, happy, and sane in September 2015. What I was…

My businesswoman’s blazer collection! My favorite white blazer saw a lot of action this month, thanks to New York’s Indian summer. I don’t mind the 80 degrees for as long as Mother Nature will still send them to us, and on the mornings I woke up to a slight chill, I reached for a blazer instead of a jacket. I’m just not ready, you know?

Want to jump on my blazer bandwagon? Here’s a few I love for you guys this fall:

For music, I’ve been blasting Ryan Adams’ T.Swift 1989 cover album and Hamilton – The Musical on repeat. If you haven’t heard either or both yet, please stop everything you’re doing and rectify the situation immediately.

On the road, though, I’ve been mostly dedicated to podcasts. Having recorded the first few episodes of Undressed (subscribe here! and leave a nice review here!), I’m in major research mode.

A few of my favorites: How to Be Amazing with Michael Ian Black; Magic Lessons with author Elizabeth Gilbert; Whistlestop, a delightful romp (YES, I SAID A ROMP) through presidential campaign history hosted by Face The Nation’s John Dickerson; and The Tim Ferriss Show (somewhat begrudgingly..he’s such a bro, but he does get great guests!). All these hosts are great interviewers, intelligent speakers, and book interesting guests. It’s like watching Sesame Street, but with my ears and I’m an adult; I’m learning while having fun!

…Not super healthily, to be honest. I just moved and all that’s in my fridge right now is coconut water (shout out Vita Coco 4 lyfe).

My new place hovers on the border of Chinatown so have scarfed down my fair share of late night dumplings (fried, never steamed). Once my kitchen is in order, though, I’m psyched to try and cook these. 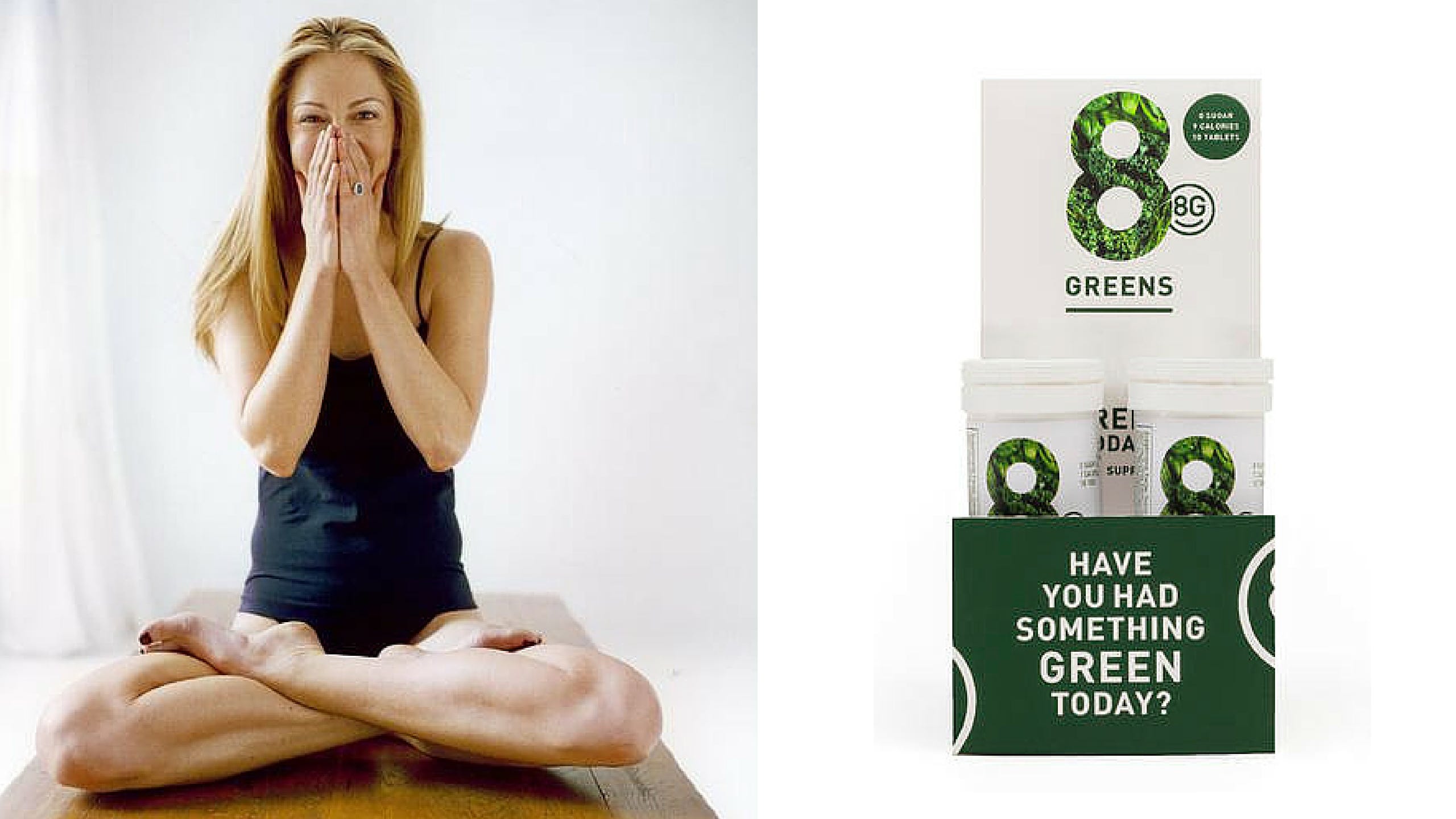 In light of my heavy dinners, I’m excited about my new secret – liquid – weapon: I found a new way to drink my vegetables.

Even when my pots and pans aren’t stowed away in unopened boxes, I’m not always good about getting my greens in. I don’t know what it is, but I just have a hard time considering a bowl of spinach to be an entire meal. I realize this side-dish-masquerading-as-a-main is most commonly referred to as a “salad” but you’re not fooling anyone, BORING BOWL OF VEGETABLES.

Enter 8G greens. The supplement, which comes in the form of small fizzing tablets you drop into water, was developed by founder Dawn Russell during a battle with cancer. Made of dehydrated greens, including spinach, blue green algae and more, 8G makes it easy to achieve maximum daily veggie intake without having to spend your entire day – you know, eating vegetables. Each tab contains the vitamin equivalent of 20 cups of broccoli, 18 cups of carrots, and 10 cups of asparagus. It tastes a lot like Emergen-C, which I already love and drink pretty much once a day from November through February. Obviously noshing on vegetables is still on my list of ‘to do’s’ but this makes the process a little more pleasurable. 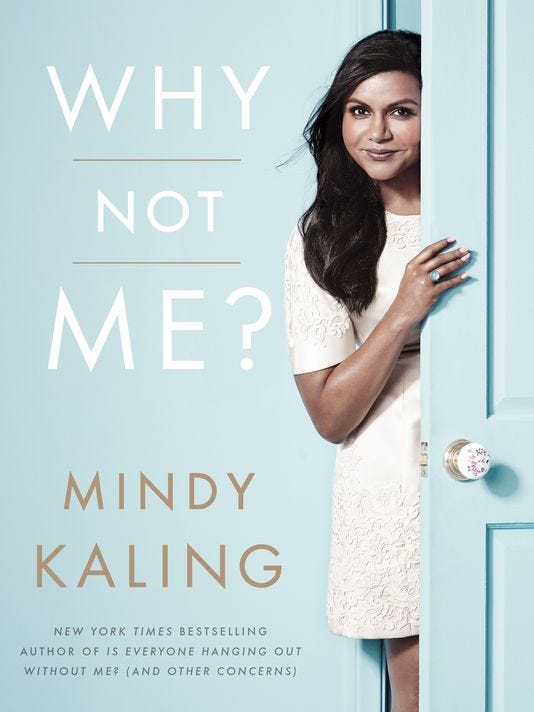 The best compliment I can give Mindy Kaling is that you can practically hear her as you read her new book, Why Not Me?

Aside from relating to the actress/writer on a very #GirlBoss level, Why Not Me? is just a fun read about Hollywood, boys, and running the show (literally, she’s not only the creator and star, but also the showrunner on Mindy Project). 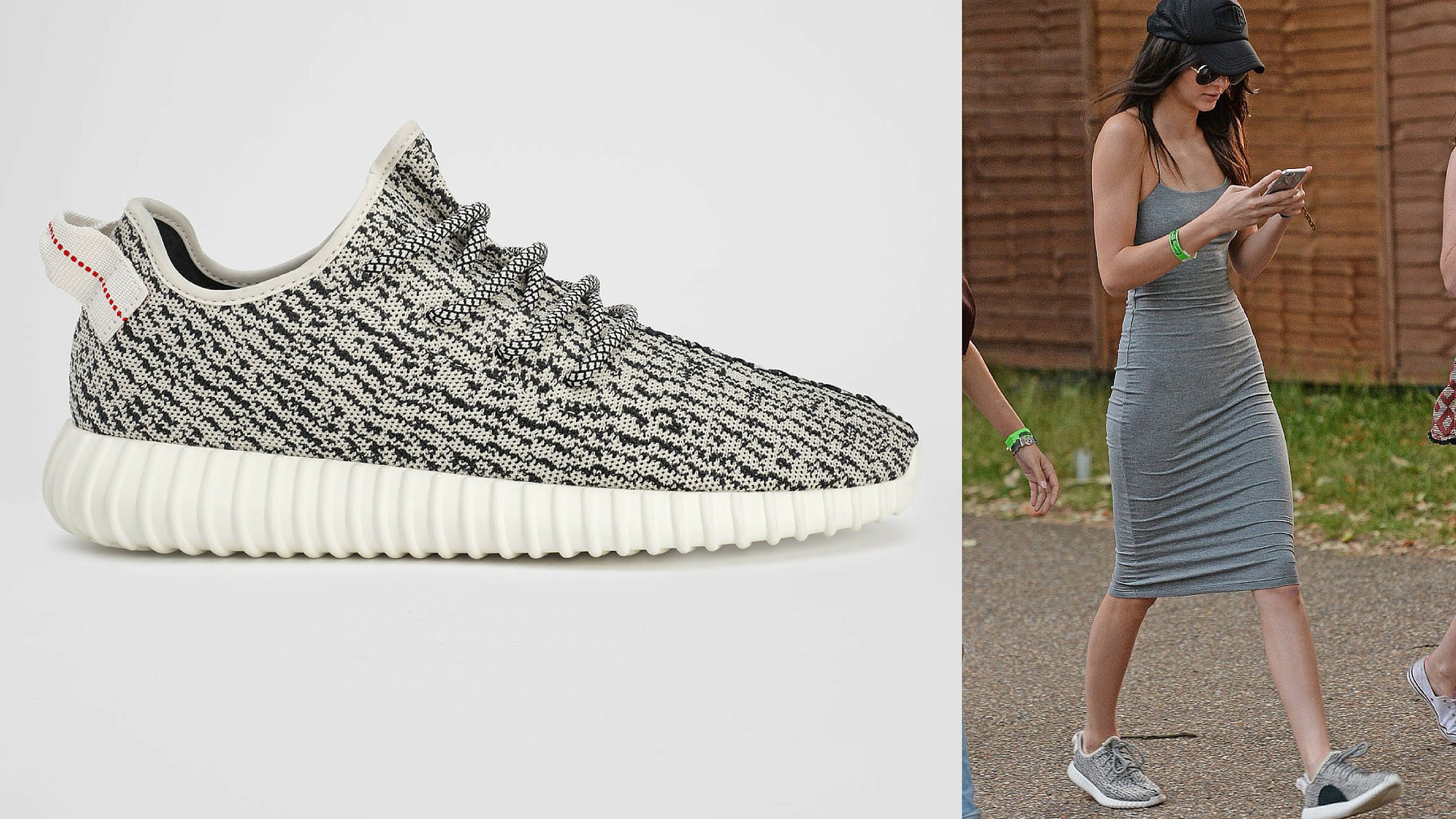 How I know it’s completely ridiculous, yet I still want Yeezy Boosts. Look how cute Kendall Jenner looks in hers!

I know she’s going to read this because she’s the one that schedules this stuff, but I can’t tell you guys how lucky I am to have Brittany, Style Girlfriend’s new online editor, onboard. This month while moving into a new office, moving into a new apartment, traveling, launching ten zillion projects, and working on ten zillion more, she really held the fort down at SG HQ. Be sure to show her some love in the comments, which will hopefully be a good reminder for me to tell her how much I appreciate her every day.

What were you wearing/eating/drinking/watching/thinking about this month?