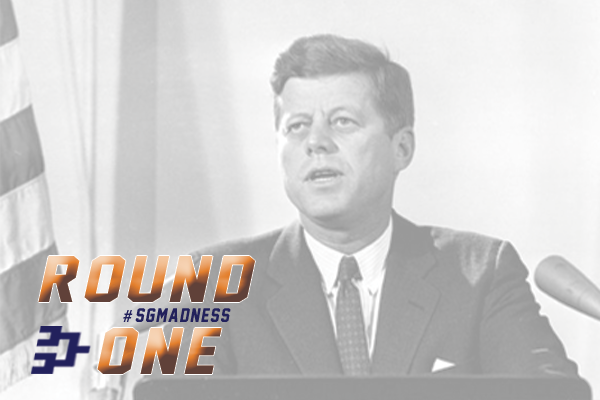 It’s Round 1 of 2018’s SG Madness. Below, vote your favorites through to see your picks in the Fashionable Final Four. 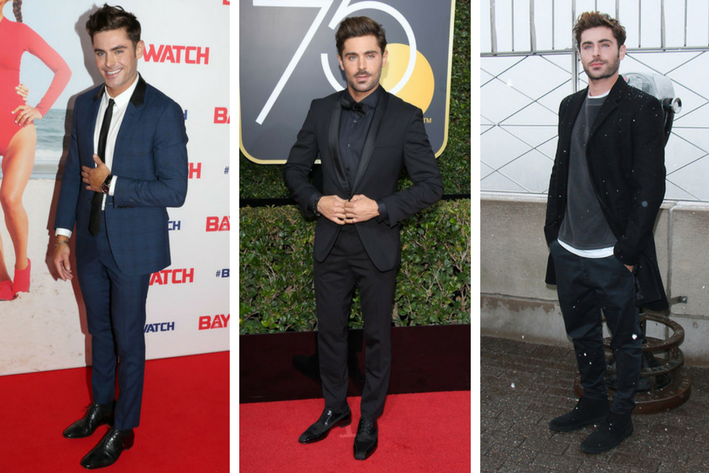 The former Disney child star has grown up into a pretty stylish grown ass man, if you ask us. Look, would we have seen any of the movies he was in this year (Baywatch, Greatest Showman)? Not a chance, but if they gave us these red carpet lewks, then they were worth it. 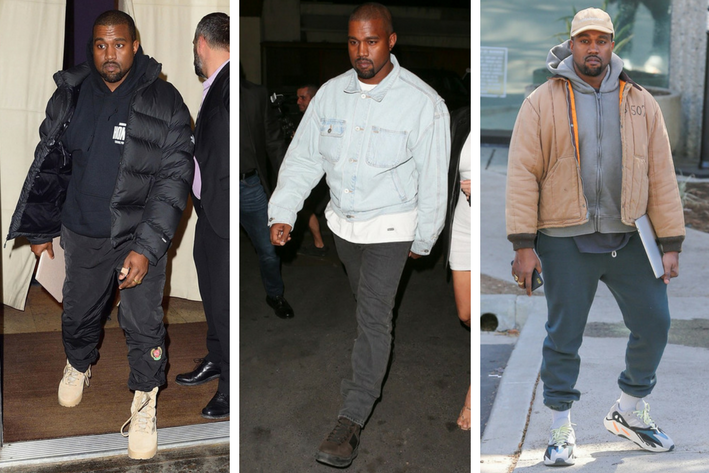 Kanye got a low seed this year because he deleted his Instagram account, again. But that doesn’t mean he’s been out of the spotlight.

Photographed mostly walking from his car into a building, or from a building to his car, the rapper and Kardashian-adjacent family member has been giving us all the feels this year with his ’80s-inspired, Judd Nelson in The Breakfast Club vibes.

Is it for everyone? No. Does it work for Kanye? Absolutely. 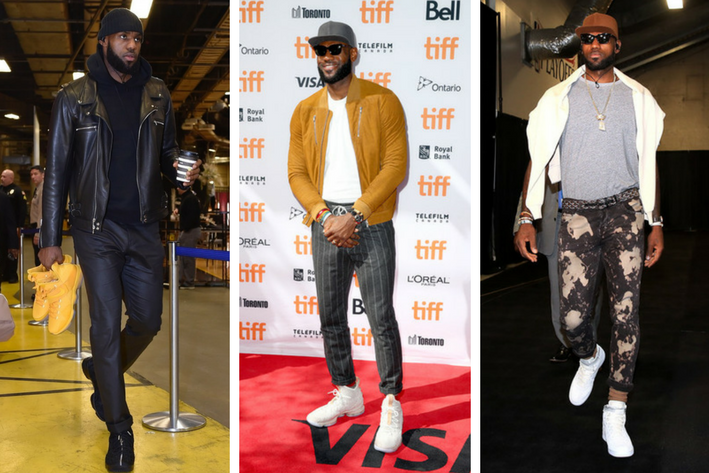 At this point, how do you make any “best of” list and not include the king? Lebron may be Lakers-bound, but we’re more interested in seeing where his style goes in years to come. If you’re with us on that, give him your vote. 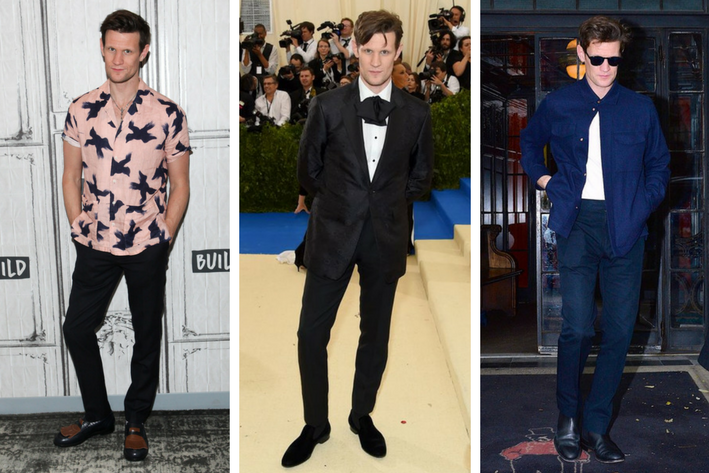 The Crown‘s Matt Smith is perhaps the most British pick in this year’s bracket. Yes, including Prince Harry. Never one to shy away from a trend, Smith’s style might be too much for some people, but for us, it’s just right. 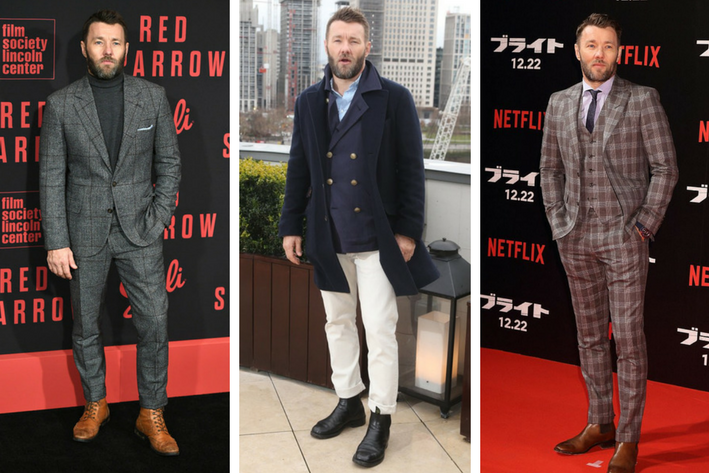 Okay, so you might be wondering how first-time SG Madness contender Joel Edgerton got a first-place seed. That’s understandable. Basically, we saw him showing up to all his Red Sparrow press calls looking fly af, and then when we went to place him, we found that he has a bazillion Instagram followers, and voila.

He still feels a little under the radar to us, to be honest, but we’ll see where he goes from her! 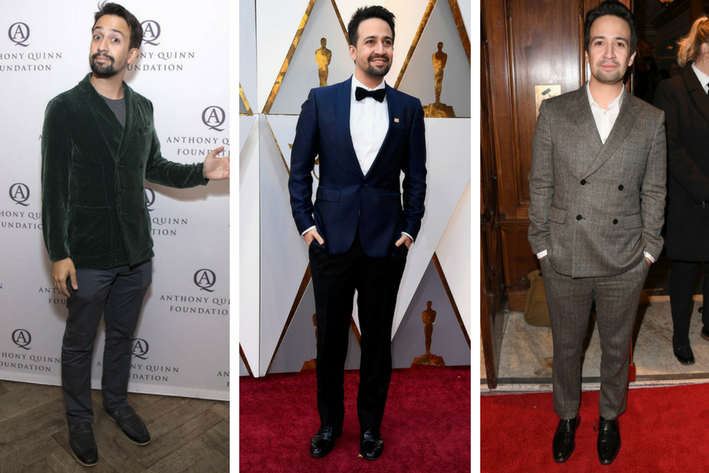 A 16-seed in our bracket, a number 1-seed in our hearts. We’re so proud of Hamilton‘s Lin-Manuel Miranda for finally getting rid of that shawl-collar sweater (or at least burying it deep, deep in his closet for awhile) that we had to include him.

Though to his credit, he’s also picked up his style game big-time this year. As his Alexander Hamilton sings, “There’s a million things I haven’t done, just you wait..” why couldn’t one of them be an SG Madness upset?!

Will Edgerton edge out Miranda? 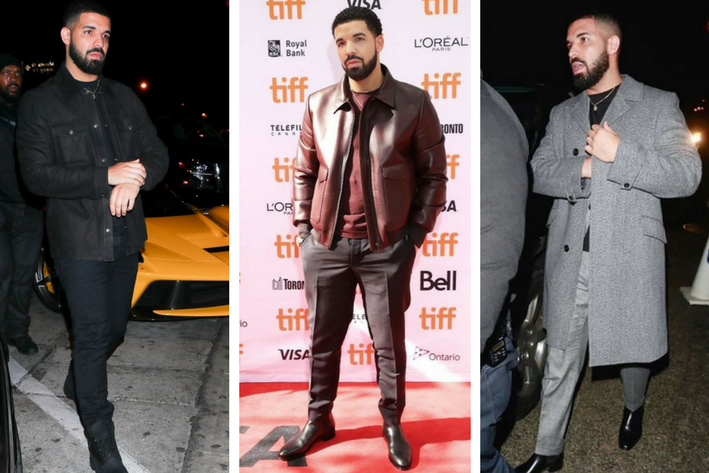 What can we say about Drake that he hasn’t already said about himself? The man is “overdosed on confidence” and looks it. He manages to split the difference between a closet full of streetwear and suiting so well we’d say he even has a future in fashion. Oh wait… 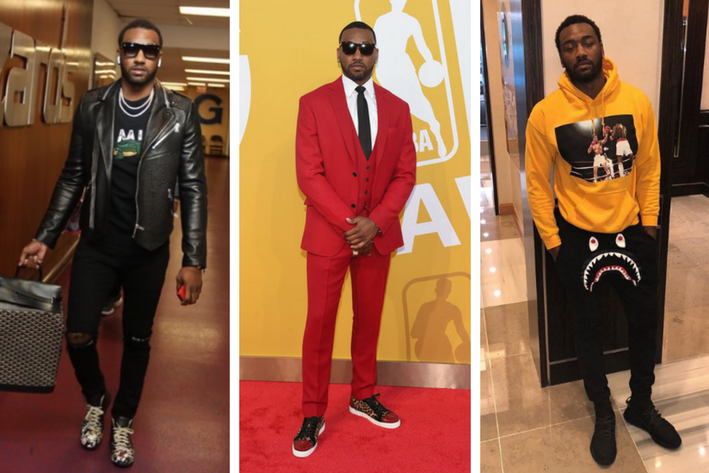 The Washington Wizards point guard is a first-time SG Madness contender, and we’re surprised it’s taken this long for the North Carolina native to hit our style radar. Look at him above in head-to-toe red somehow not looking like a Deadpool knockoff! Look at that leather jacket! Look at those ridiculous, and ridiculously fun, sweats!

We’re all in on Wall. Wonder if you are too? 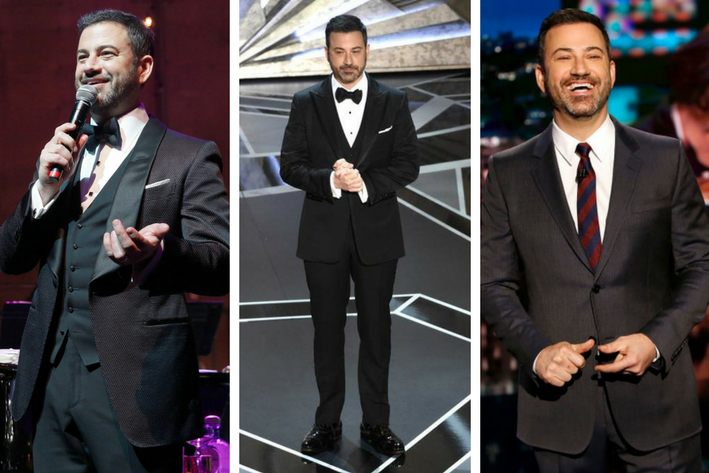 Late night’s everyman, Jimmy Kimmel has enjoyed a higher profile this year,hosting the Oscars for the second time this month, and even landing on the cover of GQ in January.

The man knows how to wear a suit, and he seems truly comfortable in his own skin. Both add up to a big helping of strong personal style. 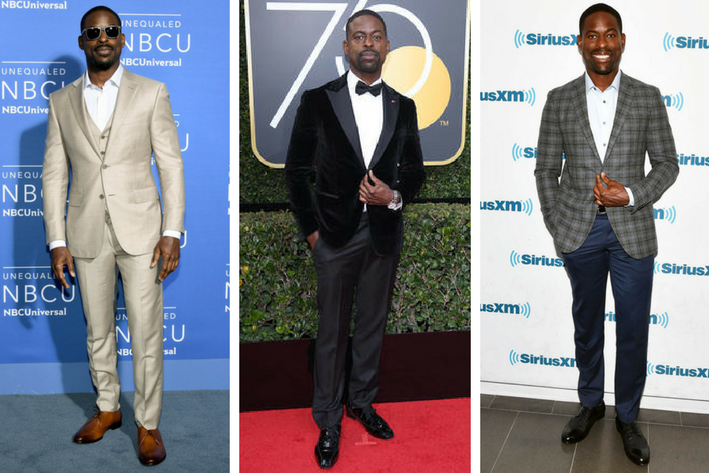 Sterling K. Brown (the “K” is for Kathleen! lol) is everywhere these days. In a good way, like matcha lattes, not a bad way, like Lime-A-Ritas. 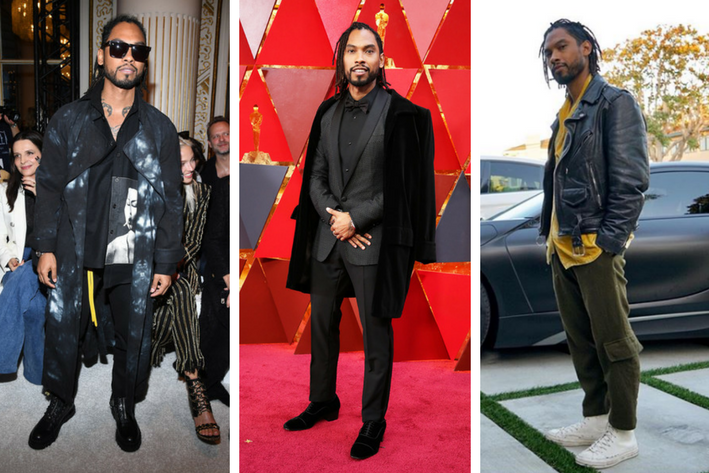 Can anyone but Miguel dress like Miguel and get away with it? Probably not, but honestly we’d pay good money to see someone try. 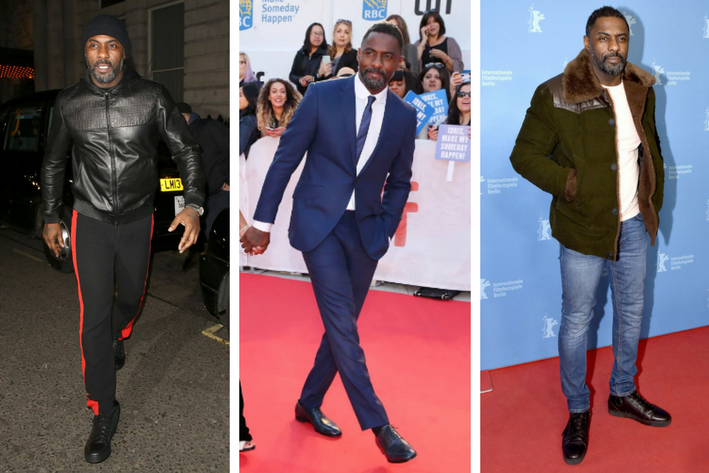 Last year’s second-place finisher, Idris Elba is poised to make another strong showing in SG Madness 2018…if he can get past Miguel in the first round, that is.

What do you say? 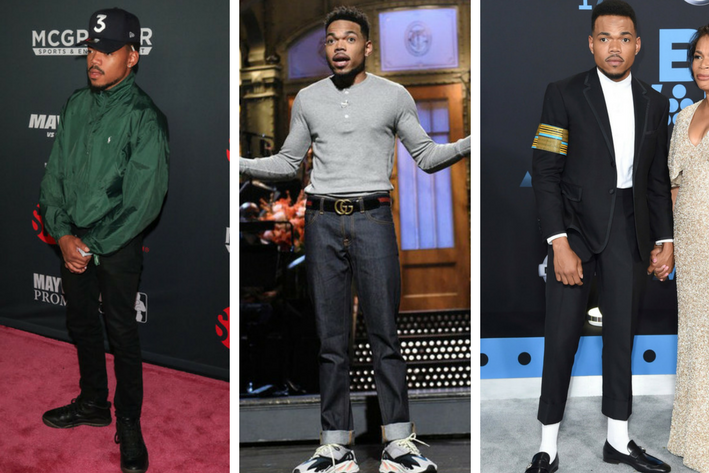 Another strong contender from last year’s SG Madness, we can’t say enough good things about Chance the Rapper and his totally unique brand of personal style. If you vote him through, however, we’ll get a few more chances. 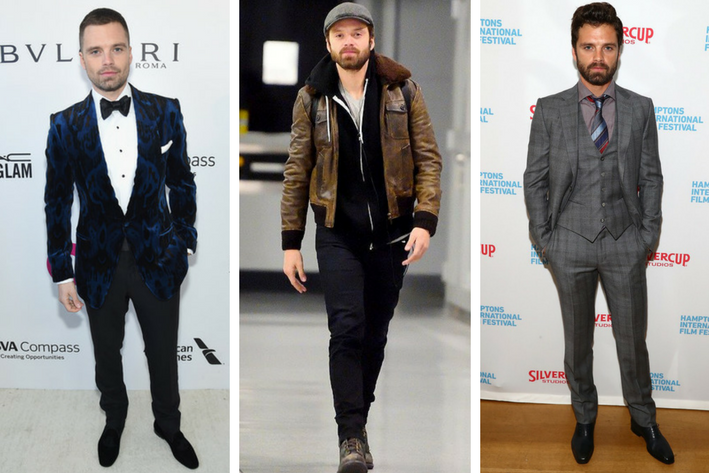 Not so fast, though. The Avengers‘ Sebastian Stan is poised to give Chance a run for his money this year.

Designer Todd Snyder says, “Sebastian and I attended the CFDA awards a few years back and we became good friends. I love his style because it’s effortless and cool. He has an old Hollywood classic vibe mixed with a little rebel attitude. I like when he mixes street style with sartorial items like suits, sneakers and a varsity bomber”. 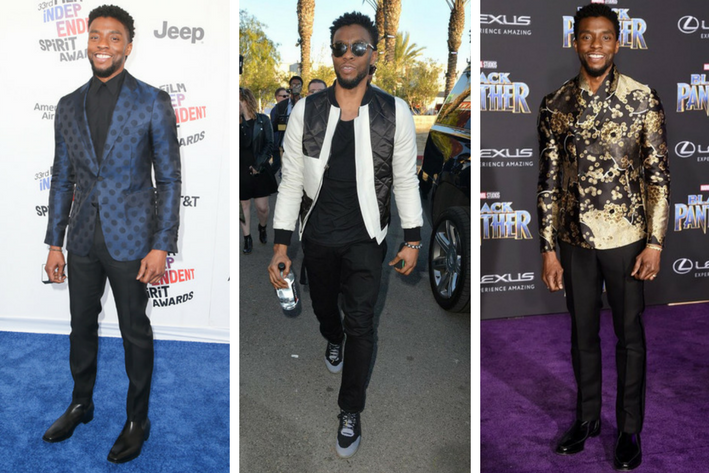 We’ve just got one thing to say about the style of King T’Challa, aka Black Panther‘s Chadwick Boseman: 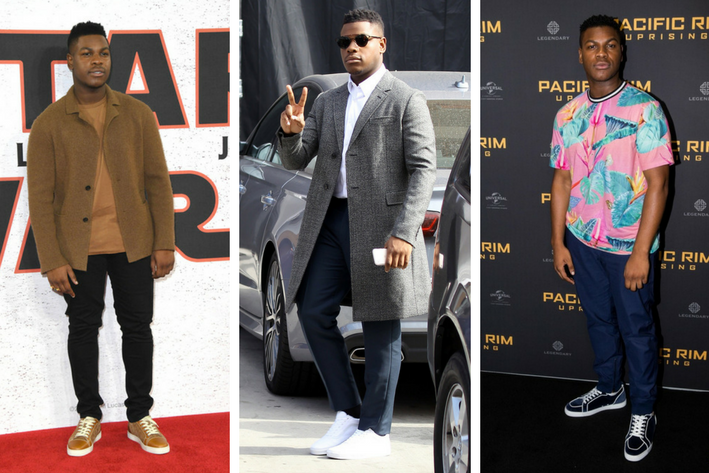 Facing off against Boseman? Another action hero – this one, from a galaxy far, far away. We love Boyega’s youthful style on and off the red carpet, but will it be enough to best the Black Panther? Only you can decide.

WHO DO YOU THINK WILL SAIL EASILY INTO ROUND 2?