SG Wants to Know: What Shortcuts Can You Cut Out? - Style Girlfriend
Skip to content

SG Wants to Know: What Shortcuts Can You Cut Out?

SG Wants to Know: What Shortcuts Can You Cut Out?
Because we can all do better 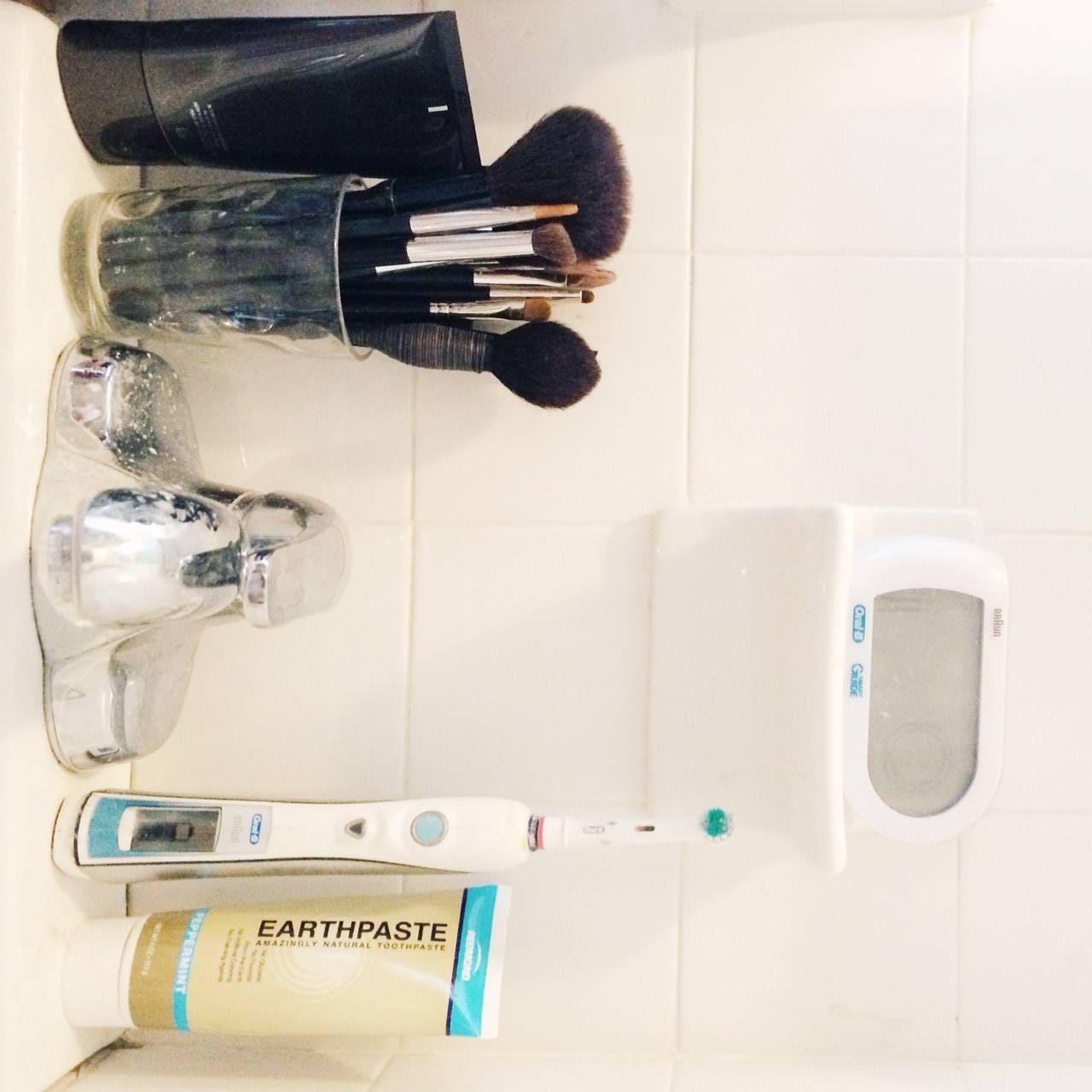 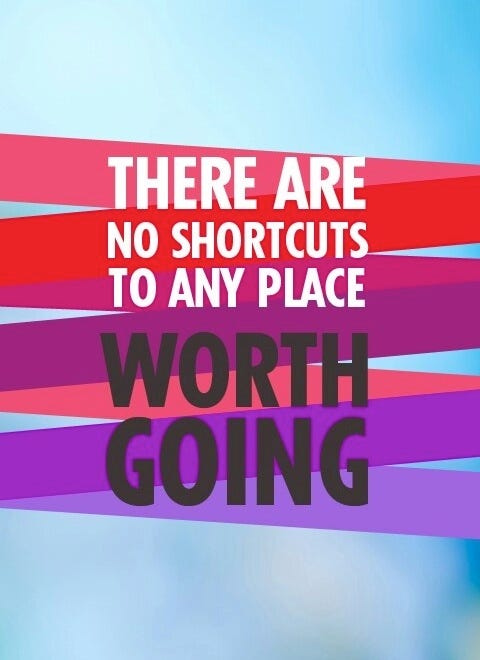 If I asked you right now, “Is there anything you know you could do better, but for whatever reason just…don’t?” would you have an answer?

Probably something immediately sprang to mind, and almost as quickly, I bet you stomped it down with excuses, justifications, or even acknowledgement mixed with resignation.

Maybe you could put in more quality time at the gym. Or make eating healthy more of a focus. Maybe you wore jeans today for the fifth day in a row because you didn’t want to be bothered with putting together a more stylish outfit. Maybe you walked out the door this morning without telling your wife or girlfriend just how much you love her.

For me, recently, it was my toothbrush.

For Christmas a few years ago, I asked for – and received – an electric toothbrush. It’s not that I’m the most boring gift getter in the entire world (though I am eyeing a new tea kettle that I think is going on my birthday wish list…). Rather, my dentist told me that I brushed “too vigorously” and was rapidly cleaning away half my gum line. Whoops.

While there’s something about such constructive criticism that feels a bit like a win – I brush too well! – that’s neither here nor there.

This handy-dandy rechargeable number came with its own little clock to mount next to the sink. When you turn on the toothbrush, a timer starts. Every 30 seconds, your toothbrush vibrates a little, and you move to the next quadrant of your mouth. It goes on like this four times, til you’ve hit every tooth, and spent two whole minutes getting your oral hygiene on.

Doesn’t sound like much? Do something for two minutes.

One day after returning home from a trip, I brought my travel toothbrush – the kind I’d brushed away my gum tissue with – into the bathroom. I didn’t have the energy for a two-minute dental session.

After that, the travel toothbrush didn’t make it back into my carry-on.  I was using the old-fashioned, “manual” toothbrush and probably brushing for 30 seconds, max. And – I’m sure – brushing too hard all the while.

Finally, I had to admit, I was too reliant on that toothbrush.

But it was so easy! And right there…

I realized, I rely on an “extra toothbrush” in so many areas of my life. When I spend a slow twenty minutes on the treadmill, instead of taking an hour long bootcamp class.

When I wear my hair in a ponytail because I don’t feel like taking the extra half hour to wash and blow it dry, even though I know I look better – and subsequently feel better, more confident, and more attractive – with a clean, polished ‘do.

When someone calls me on the phone and I half-ass the phone conversation because I can’t pull my eyes away from my computer screen, or a magazine.

When I make a box of macaroni and cheese from my cupboard instead of cooking something fresh – with vegetables and an expiration date.

After considering all this, and recommitting to the intention with which I want to live my life, I realized that little decisions – yes, like what toothbrush you use – ladder up to a big impact on your life. If I can’t honor my health for less than five minutes each day, what else will I let slip? How can I trust myself to commit to good behaviors?

The toothbrush went back in my carry-on, where it belongs, and I reacquainted myself with my Oral-B. 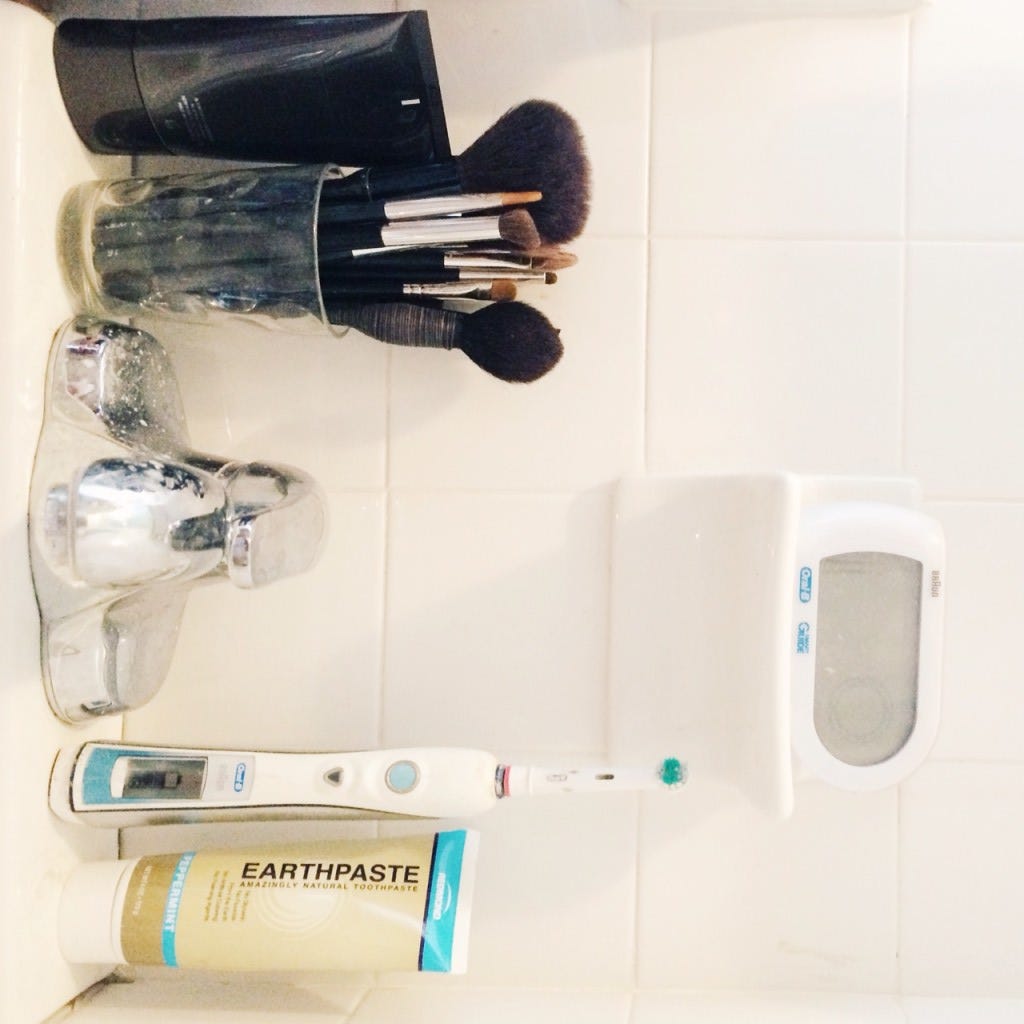 What’s the “extra toothbrush” in your life? How do you combat using it?