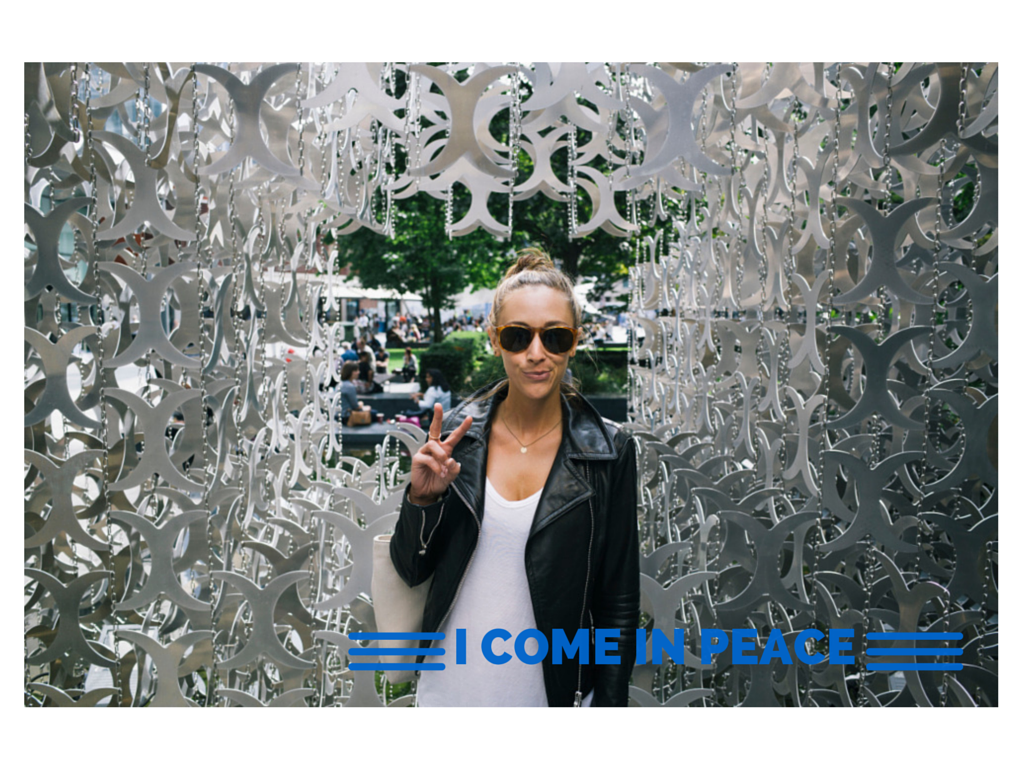 Watching a band play at a bar over the summer, I secretly (or not-so-secretly…SG was a few brambles deep at that point) snapped this picture of a girl standing in front of me: 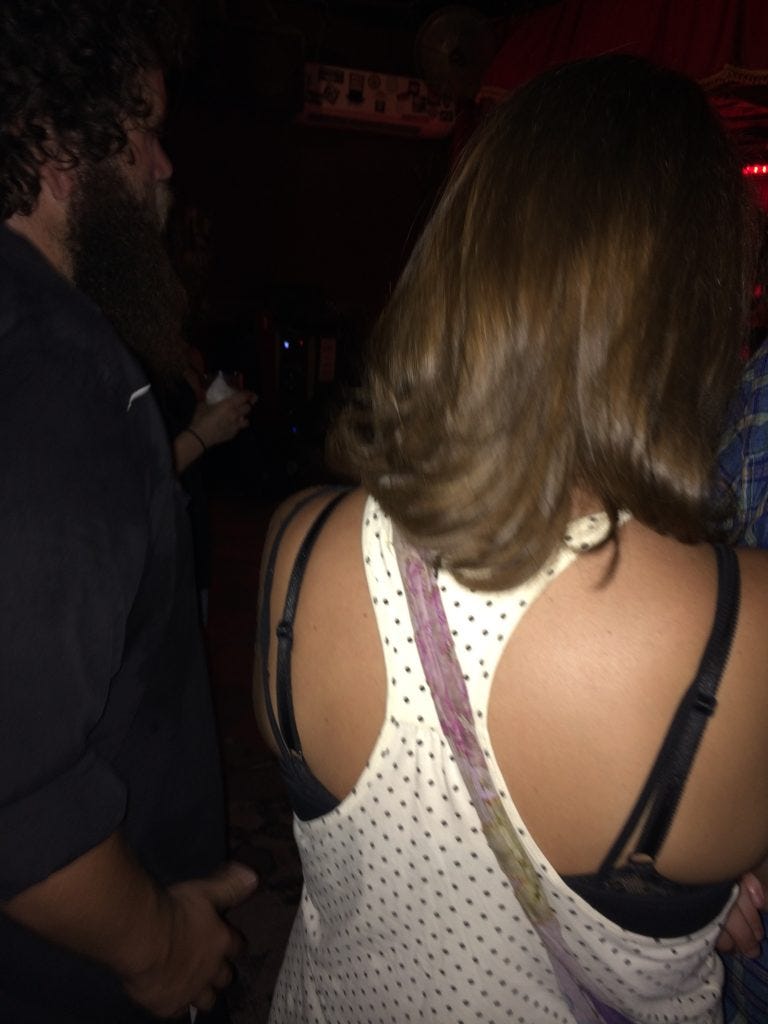 In case you’re having trouble deciphering what you’re looking at in my gin-infused photography, that polka dot shirt s what’s known as a “racerback” tank top, where the two straps in front connect at the back of the neck to become one (sing it, Spice Girls). She’s wearing this uni-strapped top with a bra that has – as you can see with your own two eyes – two distinct straps down the back. Two straps, one top.

A quick primer in women’s foundation garments: racerback bras exist solely to be worn with tops like the one above. That’s it. A good strapless bras would also work with racerback tank top, or any top where you don’t have the luxury of sleeves to keep undergarments…under your garments.

In my boozy state, I couldn’t help but wonder, what style missteps on the men’s side do you see that drive you bonkers? Suit pants puddling at a guy’s ankle? The dreaded stitch left unsnipped in a new jacket’s vent? A brown belt with black dress shoes?

And do you think there’s ever an opportunity to enlighten your less-stylishly inclined brethren? Obviously I couldn’t tap this girl on her multi-strapped shoulder to inform her that what she wears impacts people’s opinion of her, and shouldn’t she want her clothes to project a positive impression blah blah blah. But if we were friends? And I said it nicely?

What’s your biggest style pet peeve you see on other people, and have you ever said anything to someone about their appearance?

Sound off in the comments…on this and how much you love brambles (they’re the best!)