How Skater Style Took Over the World

How Skater Style Took Over the World
Comfort, function, and really cool t-shirts 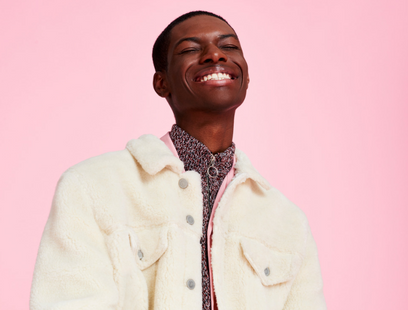 We’ve partnered up with ASOS for a month-long style series full of fall tips and tricks. Whether you’re headed back to school or just ready to upgrade your look this season, we’ve got you.

If you’ve walked down the street in a major city over the past few years, you’ve probably noticed that there are lots of guys are dressing like skaters — even the ones who’ve never set foot on a board.

Dickies work chinos. Checkered Vans. Coach’s jackets emblazoned with the flame-licked logo of Thrasher, the cult skater magazine founded in the 1980s. It seems like nearly every stylish young guy—from college campuses to the corner offices of creative industries—is dressing like he spends his free time perfecting his kickflip. 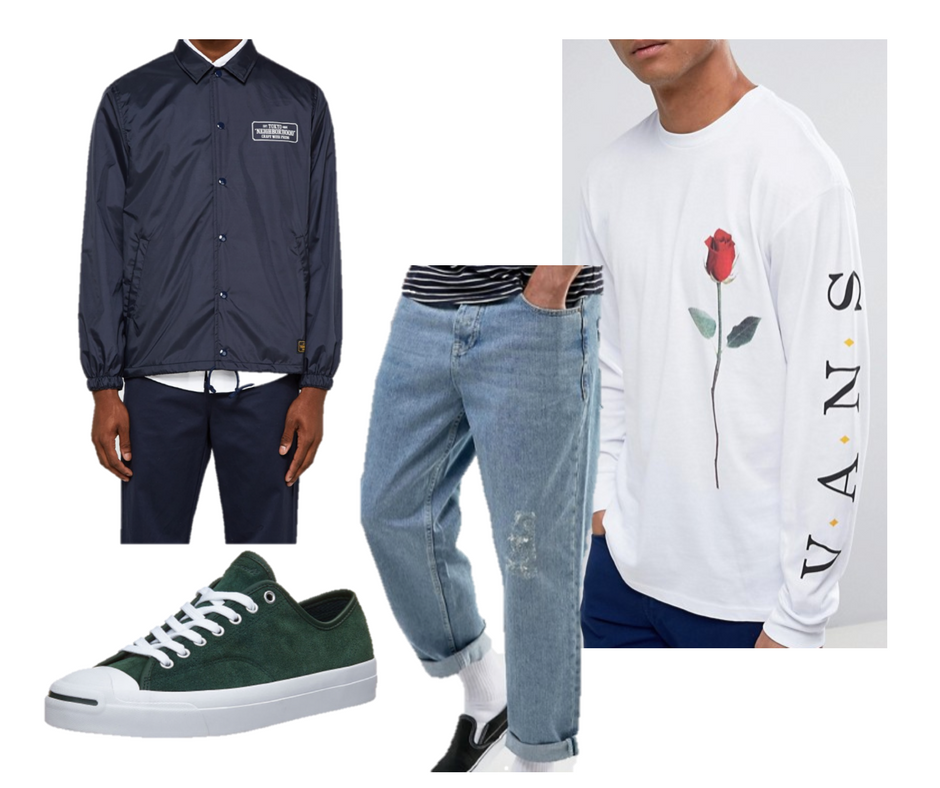 That’s because the 60-year-old sport—and its famously laid-back attitude—has appealed to people all around the world. From the California surfer dudes who adopted it in the late 1950s as a pavement-friendly alternative to riding the waves, to the cool Scandinavian guys who have made skating a central part of urban life. (The city of Malmö — Sweden’s capital and its largest town — has gotten so board-friendly that it employs an “ambassador” who brings skaters’ concerns straight to the city council.)

Add in a handful of widespread cultural touchpoints—like Hugh Holland’s landmark photo book Locals Only, the 1986 Josh Brolin film Thrashin’, the skate-friendly stars of MTV’s Jackass, and the emergence of the X Games, to name a few—and it’s no surprise that its aesthetic would beckon to guys outside a skate park.

Skater style is the perfect departure from the tailoring and skinny jeans that have dominated men’s wardrobes since the early aughts. After all, skating is first and foremost a sport—one which demands a pretty wide range of motion if you want to stay upright.

Each group that has adopted skating and skater style has imbued it with their own sense of identity. But its wearers have also preserved a central focus on an appealing looseness and practicality. (ASOS just released a new denim style, called Skater Jeans, that make a relaxed fit look even more comfortable.) 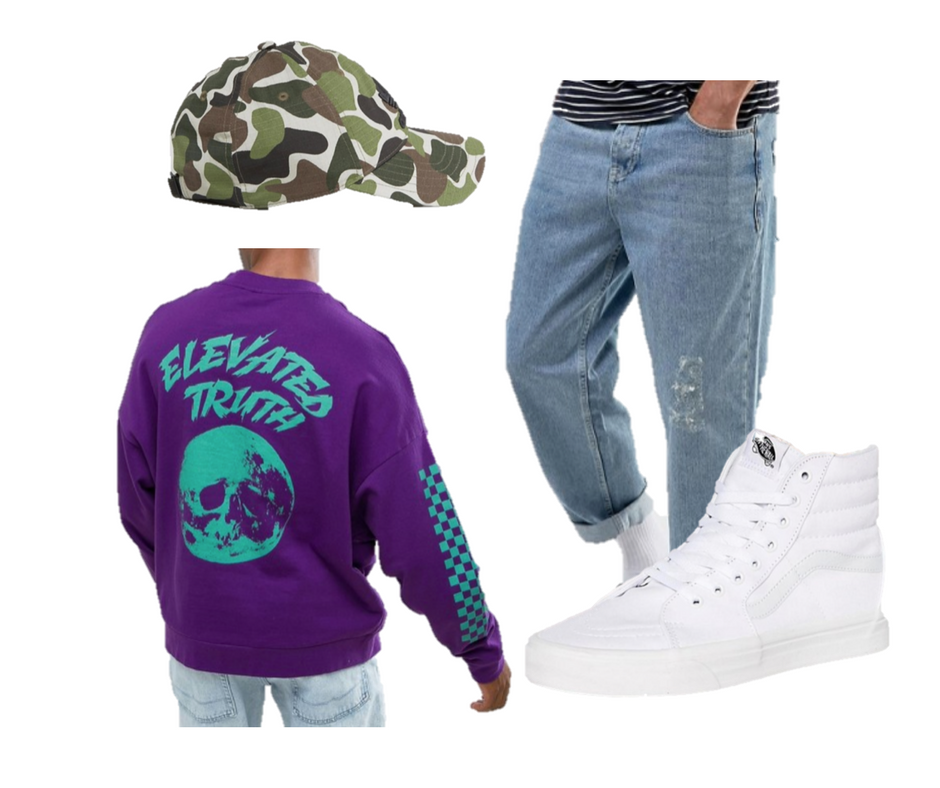 The first skaters, those California surfers from the 1950s, hopped on boards wearing the same board shorts they wore in the water. Skaters in the 1970s wore colorful shorts or cut-off jeans that enabled their legs to move freely. The punks who followed them were, perhaps, a little less colorful, giving rise to a uniform of cargo shorts and black t-shirts with sardonic sayings or logos.

Today, the predominant skater style look is a restrained, clean minimalism (influenced by the clean-lined designs of Stockholm’s WeSC, or Copenhagen’s luxe brand Norse Projects) that still allows guys to get on and off the board gracefully. 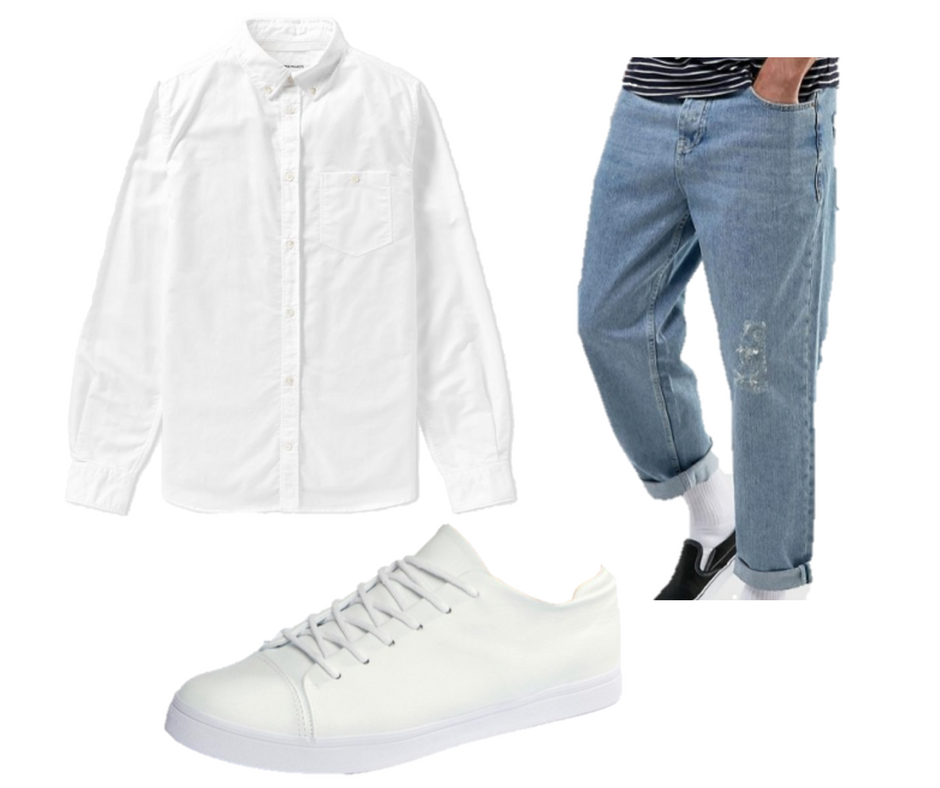 And while you might have gotten called a poseur for wearing skater staples (and not actually being a skater) 20 years ago, that won’t happen now. Because skater style has transformed from a specific cult look to one of the style world’s most commonly referenced ways to look as cool as you are.

HAVE YOU EVER GONE THROUGH A SKATER PHASE?*