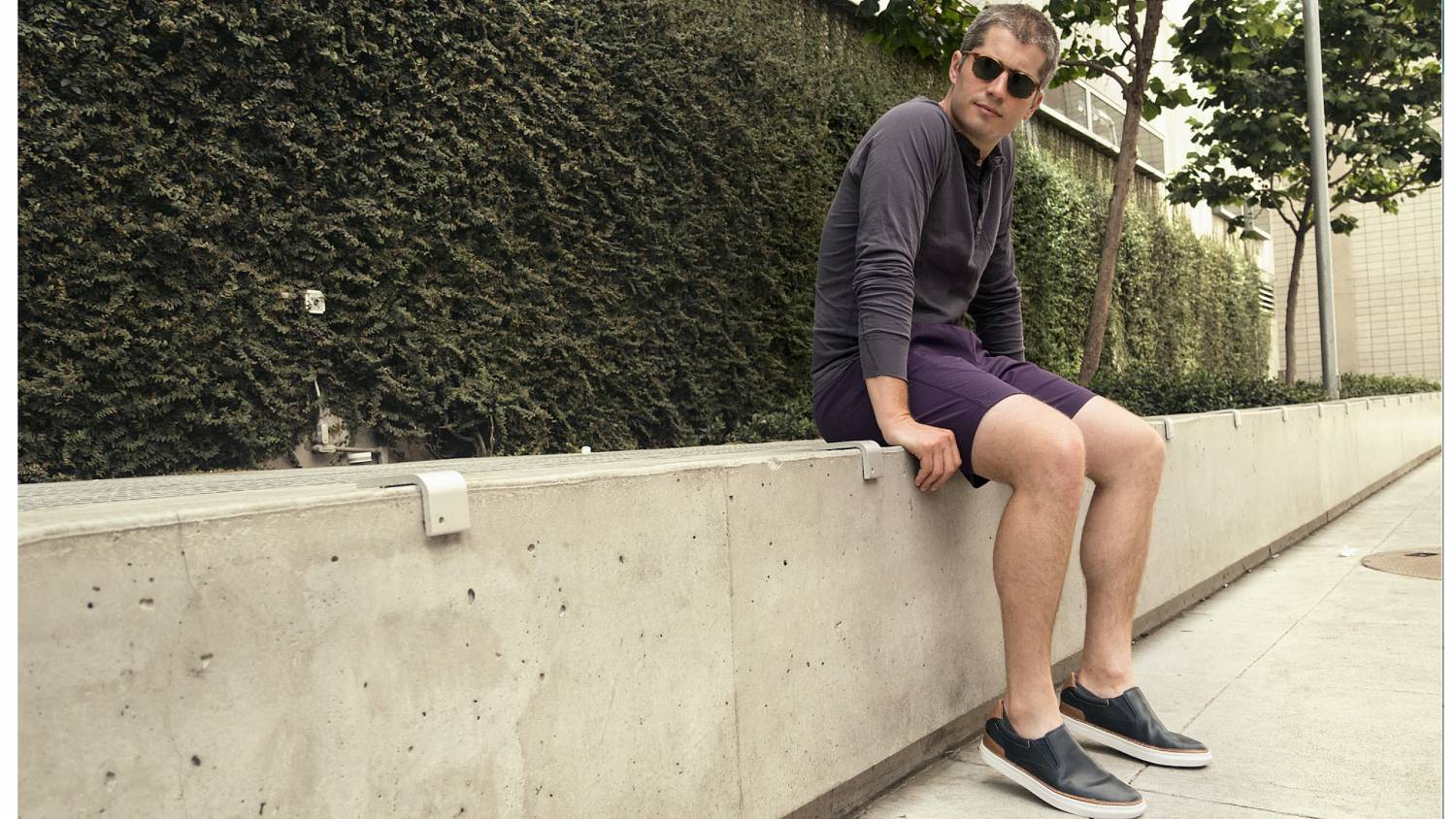 For David Wolfe, it’s all about simplicity. You won’t find a sentimental ripped college t-shirt stuffed in the back of his closet, or a pair of pants that he hasn’t worn in ages but swears he will…soon.

Instead, he’s all about trimming the fat with a style that’s all about functionality and quality – two elements he incorporates into his own clothing line, Olivers Apparel. I first discovered Olivers after complimenting a friend on his shorts one day at lunch. “They’re Olivers! Oh, you should check them out; you’d love them.”

At Olivers’ headquarters in San Francisco, Wolfe and his team design and produce quality activewear shorts for men that can easily transition from a hike to errands to a date (yes, really). Here, he chatted with Style Girlfriend about his California upbringing, favorite workout, and his own personal – and very simple – style. 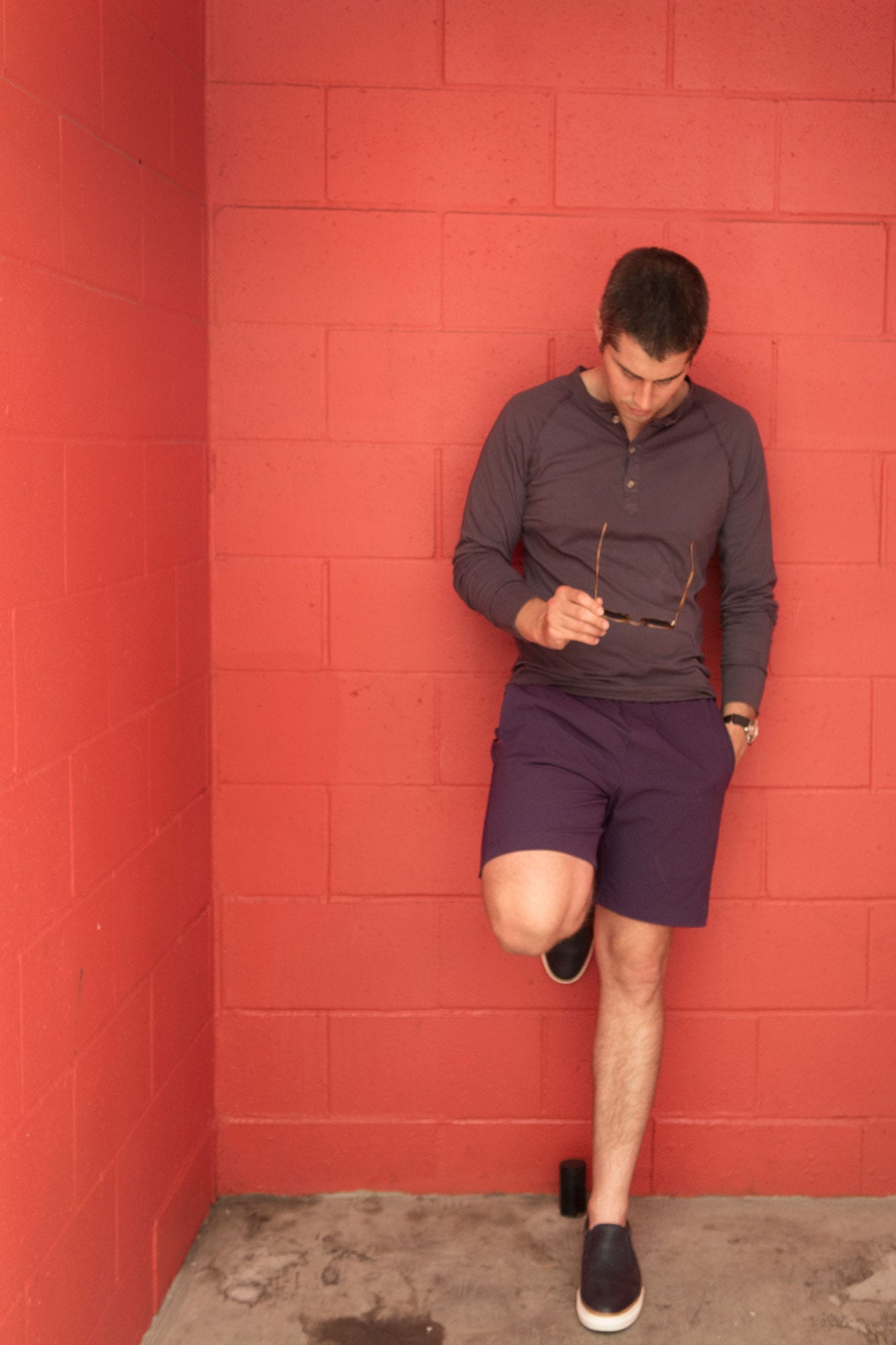 {David is wearing Hush Puppies’ Tucker Nicholas in navy. Get it here}

Where did you grow up? How did your upbringing impact your personal style?

I grew up in Los Angeles. I’m certainly influenced by living in California, both in terms of having a casual style and a lot of the visual cues that I look to are drawn from nature, specifically here in CA.

I was also largely affected by my mother’s appreciation for things that were aesthetically pleasing. She’s a great cook, used to garden and paint, had an appreciation for architecture, and has even served as a docent at the Getty and LACMA.

San Francisco – and start-up culture in general – has received flak in menswear circles for its dressed-down aesthetic. CEOs in hoodies and all that. What do you think of men’s style in San Francisco? What works? What could guys do better?

People in SF dress casual. San Franciscans value comfort and functionality – you can always use an extra layer because weather can be unpredictable. And guys that have a sense of style out here tend to do classic American workwear well.

There’s an overarching laid-back vibe that I think guys (and girls) could elevate – investing in higher quality, better fitting staples would be a good place to start. Also, I like neutrals, but neutrals all the time can look tired – adding some pops of color here and there is an area guys out here could work to improve.

What was the moment you decided to start Olivers?

Tough to recall a specific moment (then again, I have a really bad memory), but I think it was a lot of small things that added up. I knew I wanted to start a business, and was observing where I felt a personal pain point in my own life. So if you try to imagine a Venn diagram focused on personal pain points, interest, and market opportunity, Olivers felt like a perfect fit. 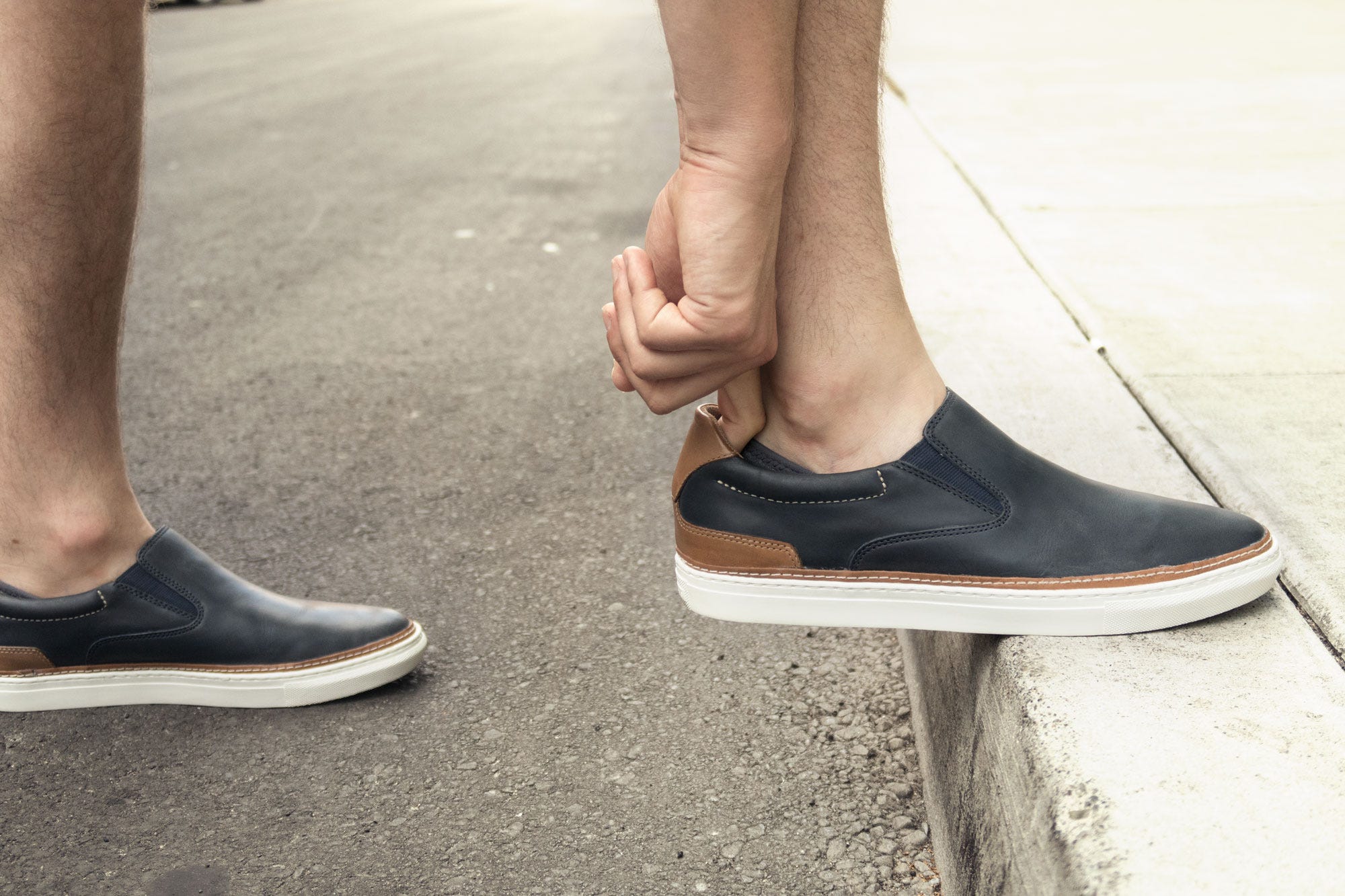 So why men’s activewear?

Olivers intersected a lot of things that mattered to me, which made it a nice launching-off point for starting a business.

Who is the Olivers guy?

We felt – at the surface level – there are a few big players in athletic apparel space that are telling similar stories focused on glorifying pro athletes as hero figures and building products that cater to core audiences of the big brands, which are 16 to 24 year old men.

At Olivers we wanted to make it not about the professional athlete but about the aspirational qualities that a 25 to 40 year old guy would relate to, and build a product that caters to that guy. With the big brands, the fits aren’t as discerning, the color palette isn’t as mature, and fabric choices make for a slightly cheaper product. We wanted less bright neons, and a smarter color palette.

What you were doing before you started the company?

Before starting Olivers, I was working with a Stanford professor who had a private consulting practice at the intersection of psychology, technology, and business. He was helping consumer companies better understand how to get and keep users – and I was doing research for him.

Where do you draw the line with activewear in everyday life?

Nowadays there is a push toward casual office wear, but how you have to dress depends largely on your job and what you do. In a casual work environment, smarter athletic clothes totally work with the commute and then to work out after. Areas like finance and law, not so much. 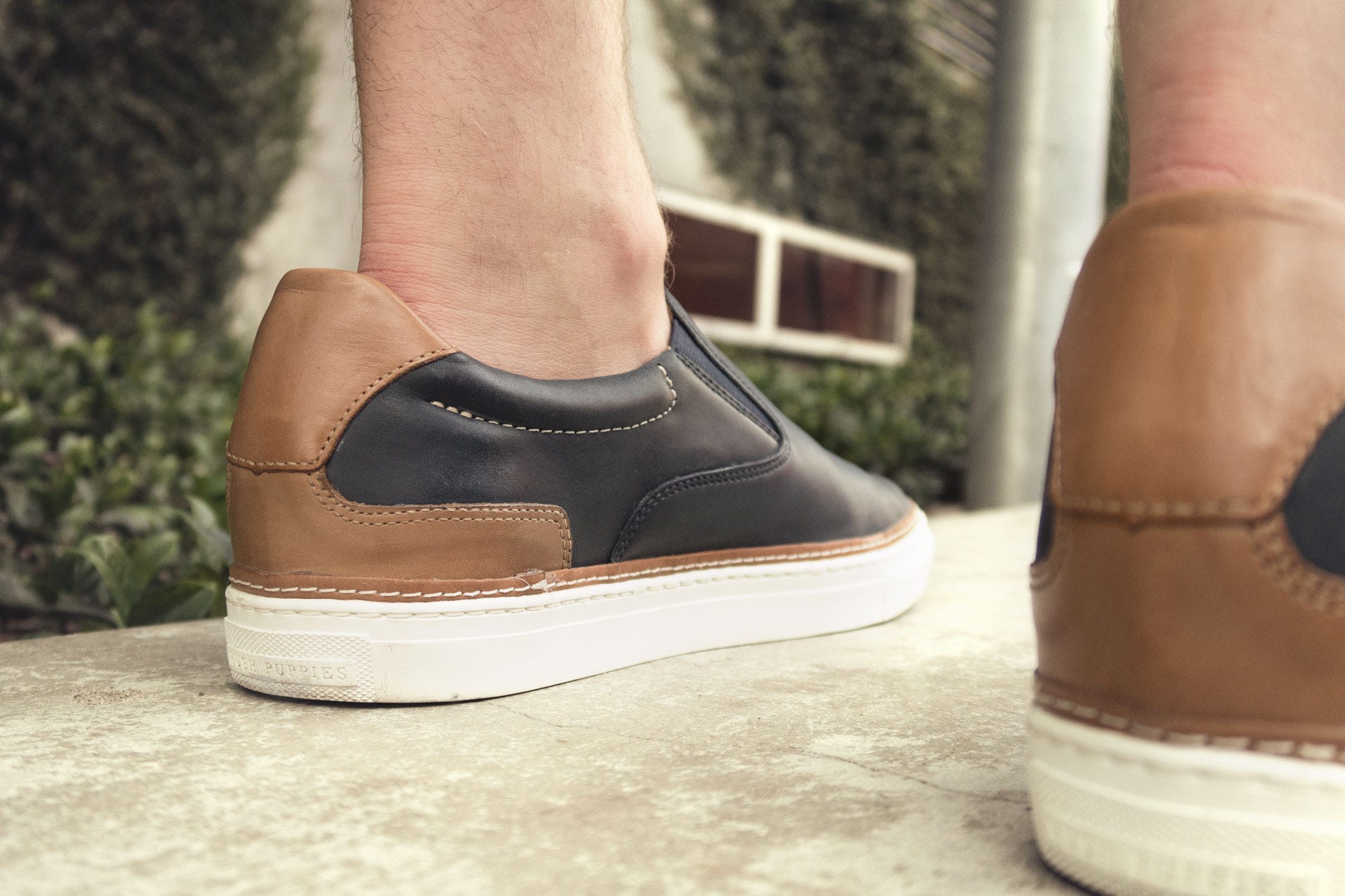 What do you usually wear to the office?

I wear slim dungaree performance pants made by Outlier. I wear the same pair every day, with Nike Fly Knit Frees and a button up. I like having a uniform. It’s relatively casual.

What keeps a guy from looking sloppy in activewear?

It comes down to fit, colors, accents, and details. If you have something with a big logo that’s super baggy you probably shouldn’t be wearing that out as a grown adult in the city.

And your personal workout style?

I like color, and clothing that is simple and well fitting. Simple high quality pieces—really, I’m drawn to the types of things that we’re building. It has to be high quality, simple,  and well fitting with a little bit of color but not obnoxious. No big logos or neon accents all over the place. Anything that can transition to brunch after.

I’m a fan of anything cycling-related. It’s a good workout and low impact. My favorite thing is being outdoors and biking.

What is your go to “dress up” outfit?

I typically still wear the same pants I’d wear day-to-day, with a button up and blazer of some sort. 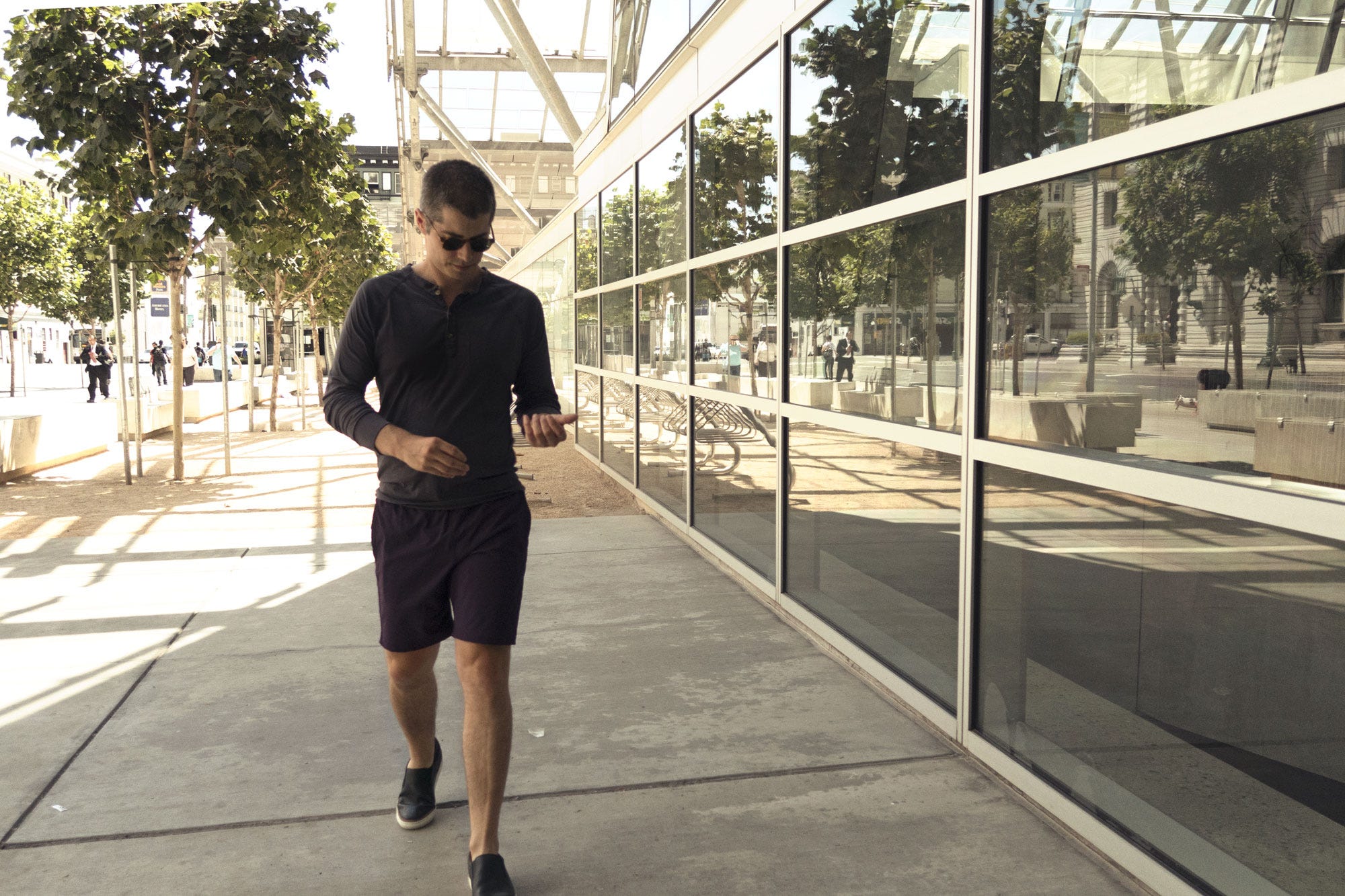 I went to Hong Kong when I was in college on a school trip related to international business. While I was there I got to meet with a tailor, and I just loved that experience of looking through fabrics, and putting together and building a suit from the bottom up. It was the first really strong experience where I was like “Oh wow, I like how seeing things come together.”

Finish this sentence: It drives me crazy when I see other guys wearing….

Rapha (for cycling apparel) or Paul Smith – I really like when the classics done with a playful twist.

Everlane does a good job relative to price, but I have a very simple wardrobe. I’m a minimalist. I don’t keep a lot of things around. I have a few nice things that last a while. I’m not shopping all the time.

It demonstrates both a sense of respect for himself and for those he’s in the presence of. That’s true at home and around your friends, and at work. You wear a tuxedo to a wedding even if you don’t feel like it. It’s a sign of respect for yourself and the company you’re in.

When do you wear activewear outside the gym?

We’ll be featuring a new style profile every Tuesday this September, brought to you by Hush Puppies. Thanks for supporting the great brands that make Style Girlfriend possible!