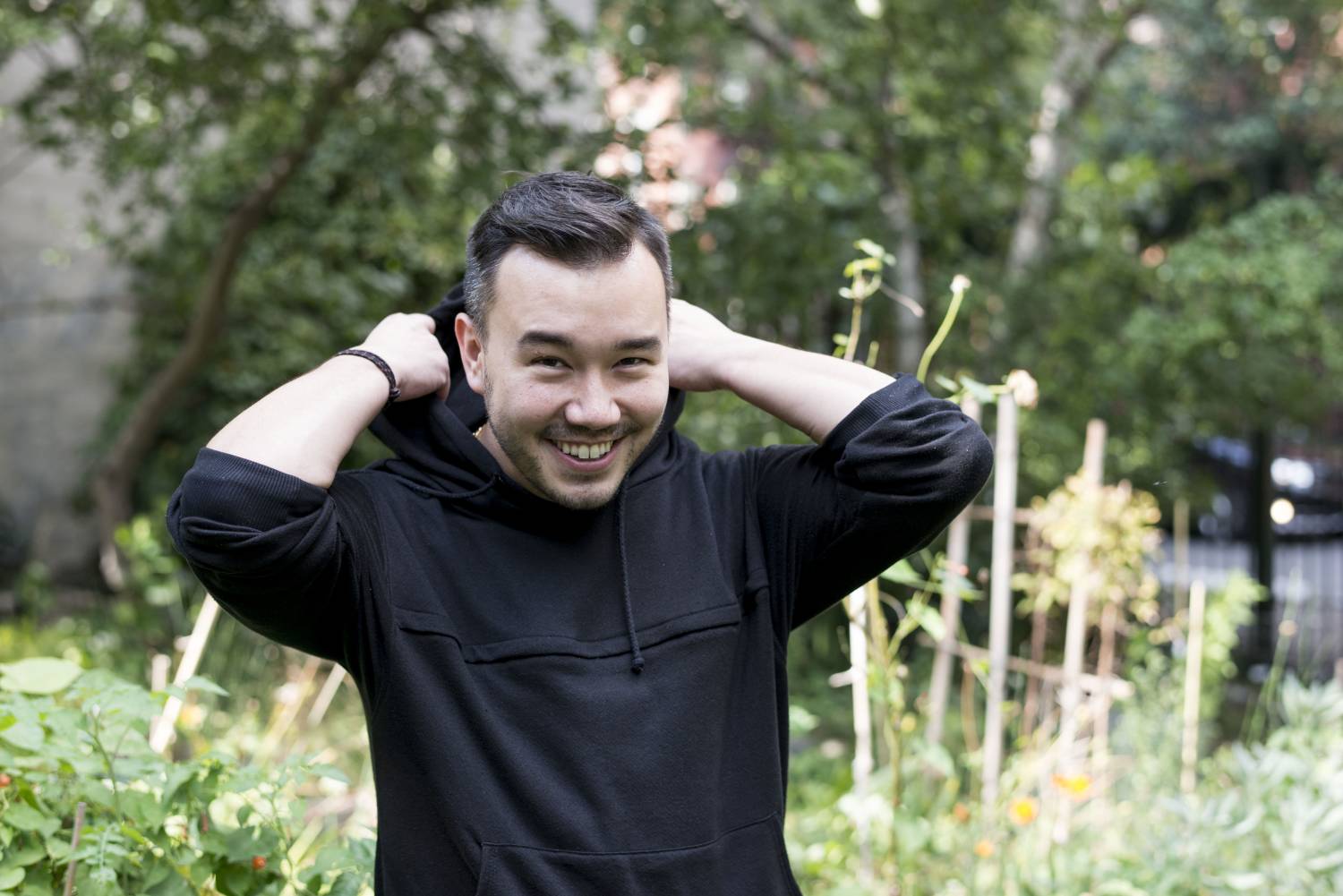 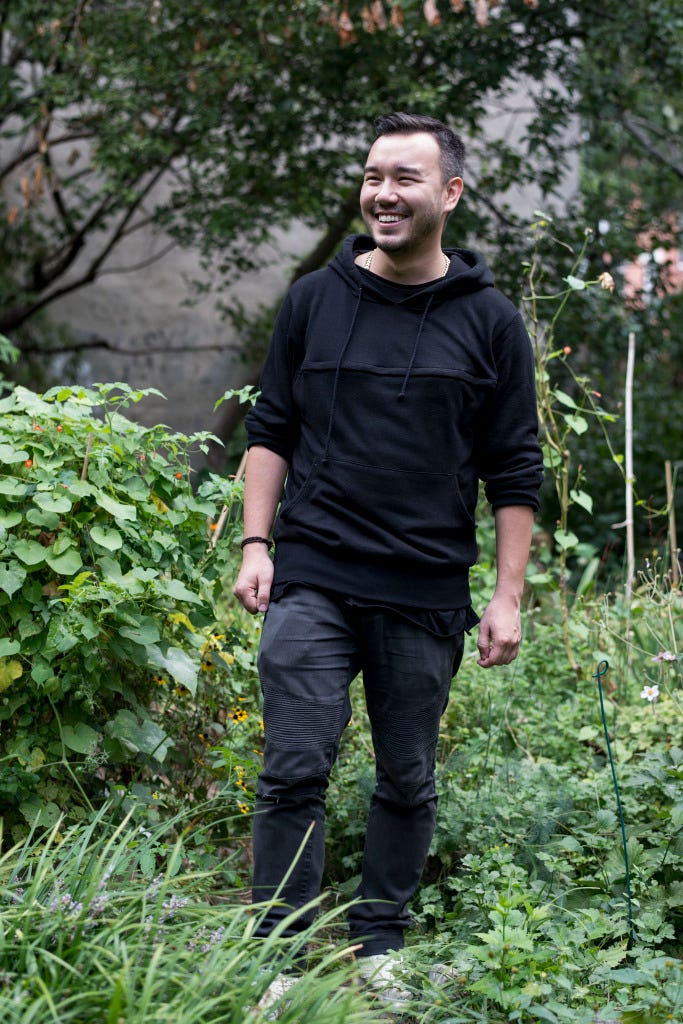 I first met Nate Erickson online. A mutual Twitter friend and the bond forged by having the Midwest in common (Nate’s from Michigan) was all it took. When he moved to New York a few months later, we became fast friends. He’s since manned the social media department at Vanity Fair, GQ, and now the French footwear company, Christian Louboutin. (Don’t know ’em? Ask your girlfriend).

We spoke about fashion, growing up in the flyover states, and why it’s cool to care about your look.

Tell me about your style evolution.

It was all just kind of like a mess. I’m sort of wearing the same stuff I did when I first moved here, which was mostly out of poverty and laziness. When I was at GQ, there were a lot of blazers and T-shirts, now it’s more just comfortable stuff that looks good, like the shirt I’m wearing now, by my friend Wil Fry.

I think that the biggest thing that I learned about style out here came from when [GQ creative director] Jim Moore really instilled the value of having a uniform—of finding a look that works for you, and wearing it every day. I figured that out a year or two ago.

That extra half-hour out of your morning when you think about what you’re going to wear—once you manage to cut that out, everything just becomes infinitely better.

What other lessons did you take from your time at GQ?

I learned a lot about writing and good editing from people like Will Welch, Mark Anthony Green, Michael Hainey, and Jim Nelson. Everyone there taught me so much about the “process.” That’s the main function of my job at Christian Louboutin. (Editor’s note: My favorite part of Nate’s time at GQ? This magical moment)

I learned about investing in things that you want to own and have for the rest of your life, whether that’s a leather jacket or Burberry trench coat—those grail pieces that maybe you want to give to your kids or your grandkids some day.

And did you take the leap on those pieces?

Yeah, definitely. I’ve been kind of positioning my life around it. At GQ, everyone asked me what my 10 essentials were. Actually figuring out the answer helped a lot. 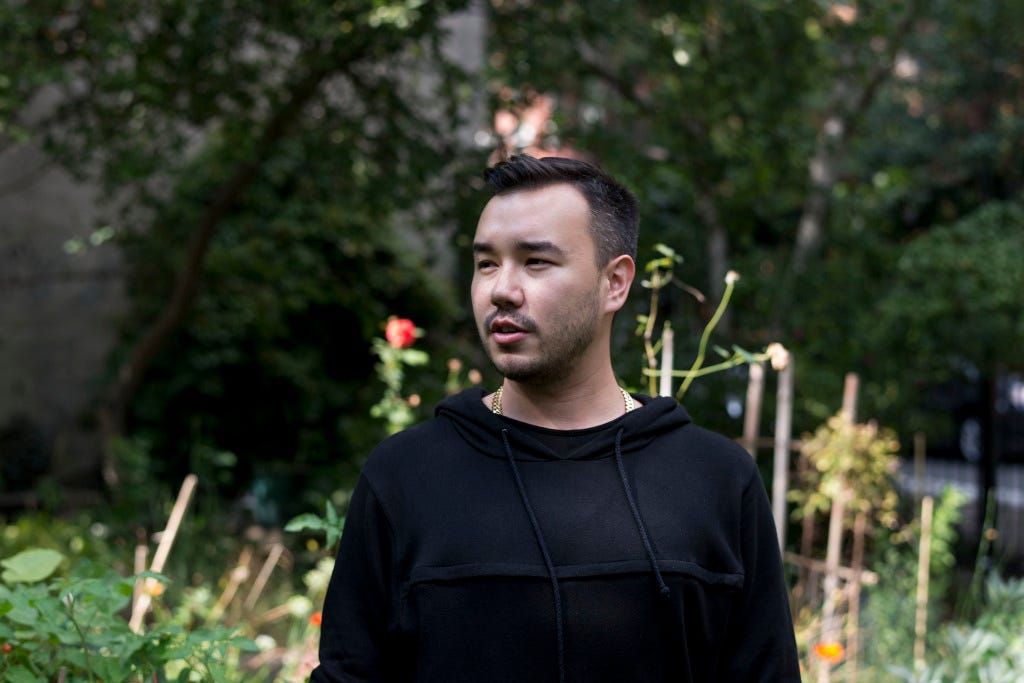 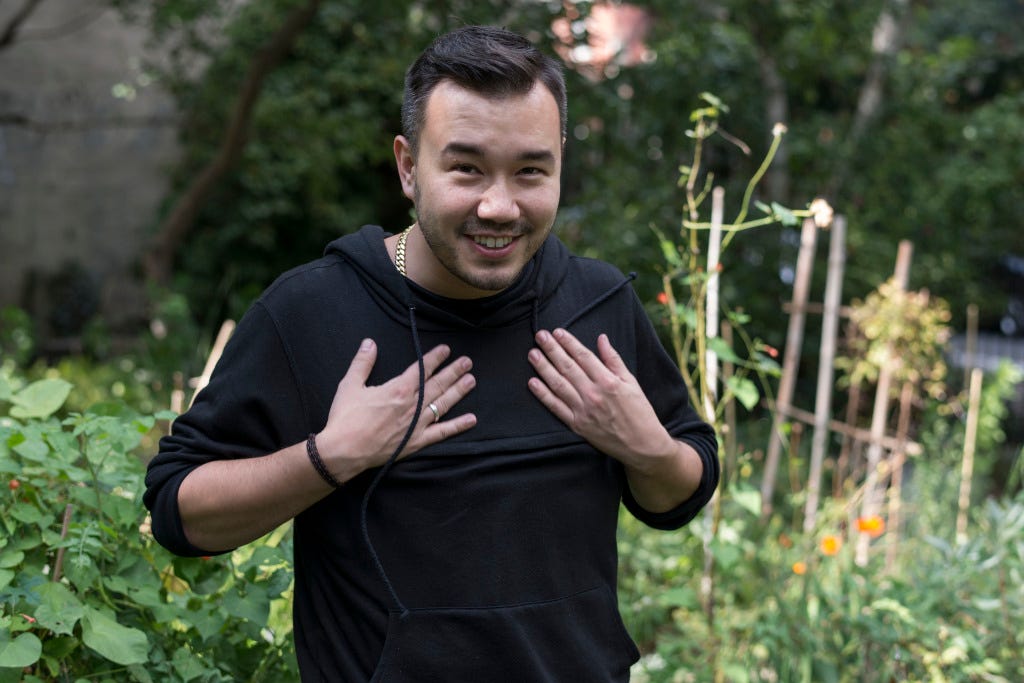 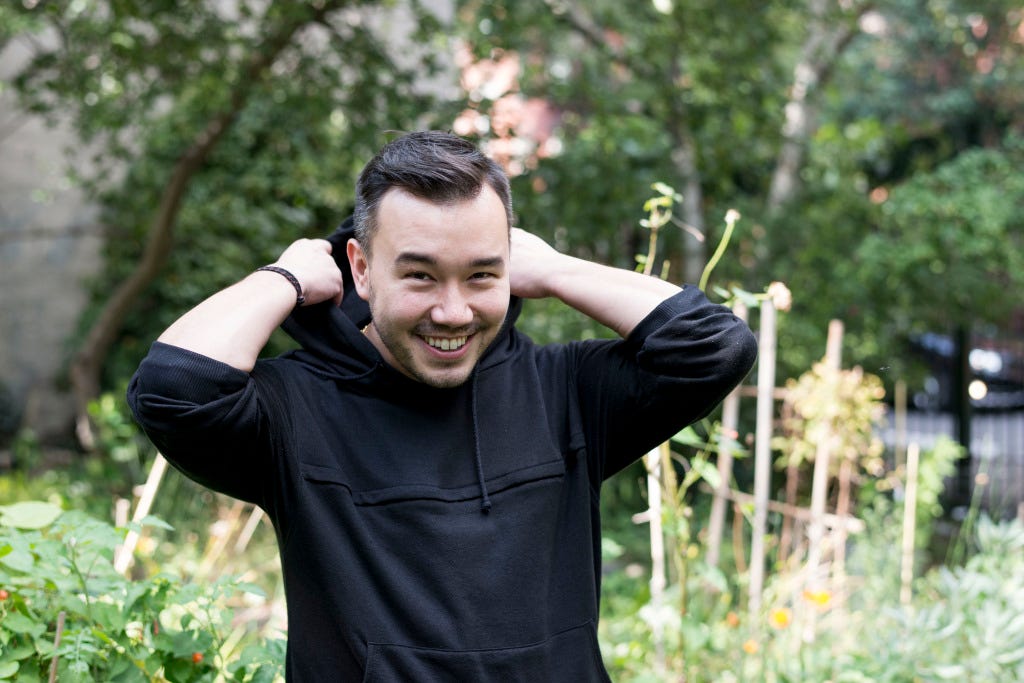 How has that changed your relationship with your wardrobe—do you have fewer things, but those things are nicer…?

Yeah, it’s nice. I really never go shopping anymore—only if there’s a need to fill, if I need new T-shirts or ripped jeans or something.

You have to get more ripped jeans?

No—I mean, if I rip my jeans, and I need to get a new pair. Or it’s something I really, really want, which happens slowly. I’ve been building out those pieces over the past couple years. Mostly just in black, grey, and white, which also makes life infinitely easier.

For the things that are the cheaper things, like the T-shirts, I’m assuming you’re not getting like $500 t-shirts because we’re from the Midwest, and our mothers would be so disgusted with us. What are the things that you just kind of have to replace every couple months, and where do you go for them?

For T-shirts, I really like Everlane. They make the best T-shirts in the world. Honestly, sometimes if I’m on a binge, I will just go grab 10 white T-shirts from H&M or something for $5, which is the best.

No, you just get them off the rack. But they’re serviceable.  They’re great!

Who is the best dressed guy at GQ?

I’m gonna lose no matter what I say. The best dressed guy at GQ? Jesus, that’s putting me on the spot. Let’s come back to that one. (Editor’s note: He never got back to me on this! Always the diplomat….)

How do you feel working in the fashion industry? Is there ever a time where you think, ‘Alright, we’re taking things a little too seriously, guys.’ What’s your relationship to “fashion” versus just being invested in your personal style?

I work with some really amazing, inspiring, passionate, dedicated people, and I’ve had the good fortune to work with people who were very good, from a personality perspective. It was never, like, “mean kids” and all that. It just hasn’t been like that at all for me.

What’s really cool is the sense of the magic that fashion creates. It might sound super corny, but it’s the same thing I had at GQ. What it meant to “be GQ.” It’s an adjective; it’s something that’s beyond just a magazine. It’s beyond just, a men’s style site. It’s a mindset. It’s something that you reach to become, like the ultimate challenge, to be the best dressed, or eat the best food. It’s something very aspirational for a lot of guys. I think it’s that same sort of effect you get with Louboutin shoes for a girl.

But it’s that—a young girl growing up, when she sees that [Louboutin] red sole, it isn’t just this shoe anymore…it’s like Cinderella. You can put this on, and the next morning you’ll wake up in the French Riviera. That might not happen every single time, but there’s this possibility. It’s something beyond just putting on that piece of clothing.

I’ve talked to my readers a lot about that million bucks moment where you feel like you can do anything. I definitely feel that on both the men’s side of GQ and the women’s side of Louboutin.

It’s that same movie—that kid who puts on Air Jordans for the first time, and he thinks he can play like Mike. It’s that same idea. Fashion does that, magazines can do that.  Everything can, if you’re doing it for the right reasons.

Do you aspire to that every day?

Not me, personally. I think about the people who are affected by what we do, and that’s what makes it fun for me. The people we can create that feeling for.

So there are those days when you’ll go, “Don’t look at me; I’m just going to the store to get some milk.”

That’s what the uniform is for! I don’t even think about it anymore. Plus, the new trend of athletic wear becoming integrated into suits or a crewneck or whatever is great. Jogger pants were just the next logical step; they’re just tailored better. These sweatpants are not like the sweatpants of previous eras. They came from the runway – Alexander Wang  and then Acne from Sweden, and now they’re everywhere.

A lot of guys would love to try trendier pieces but feel constrained by their corporate environments. What’s a way for a guy to still show off his personal style and explore trends without feeling like he’s gone overboard?

Shoes are a great place to start because there are a lot of options there. For suits—get them tailored. Fit is everything.

In His Own Words

My style in three words

A man’s style is important because

Who do you think is the best dressed guy at GQ?! (Nate has to be polite, we don’t)

Want more real guy style? You got it, dude