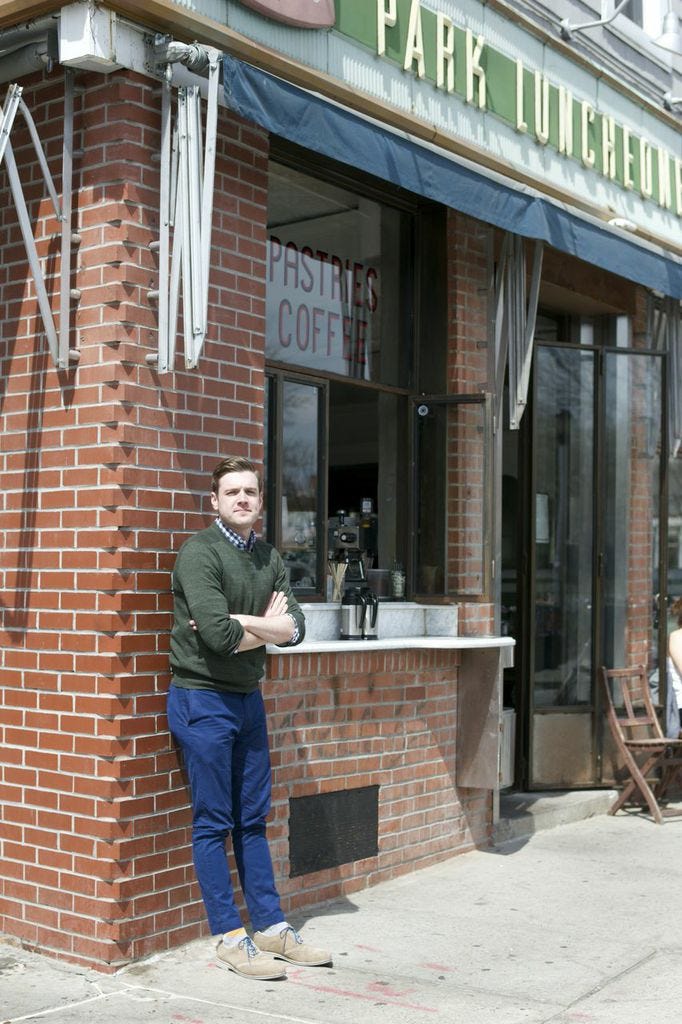 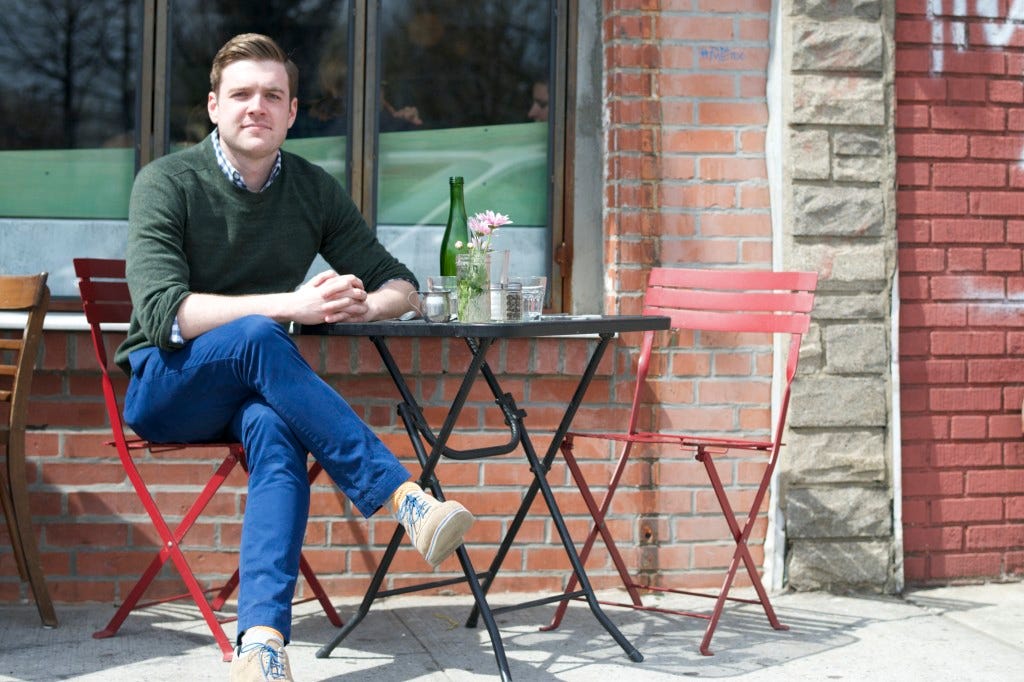 Well, he was onstage. I was sitting in the audience, doubled over with laughter as he and his comedy partners – Jenny Slate and Gabe Liedman – dropped ridiculous riffs on the crowd assembled in a small bar’s surprisingly spacious back room, deep in hipster Williamsburg.

My friend had invited me to Big Terrific, the trio’s weekly comedy night, where the three would perform their own routines, as well as bring up pals looking to test out new material or just get their jokes in front of a new audience. In the weeks and months that followed, I served as joke taste-tester for comedians ranging from Jenny Klein to Joe Mande to John Mulaney (other, non-J-monikered performers were also allowed onstage).

As these things usually go, I went home that first night and followed Silvestri on Twitter, then he followed me back…I seem to recall a pretty intense public debate one evening about the merit of colored dress socks? From there, we started to see each other around the neighborhood. One day he was waiting for the bus across the street when I walked out of my eye doctor’s. We waved.

Since I’d always admired not just his delivery but his wardrobe too, I reached out and told him I wanted to take his picture. The morning we were supposed to meet for lunch, we ran into one another at the gym it turns out we’re both members of.

Slate and Liedeman are both out in LA now (you most likely know Slate from literally every funny thing you watch on tv – from Parks & Recreation to Kroll Show. She also has a new movie coming out, Obvious Child, that was filmed in my neighborhood, so if you want to see Greenpoint up close and personal, check it out), while Liedeman writes for Golden Globe dark horse Brooklyn Nine-Nine. Silvestri has been staying busy on both coasts, having recently wrapped the first season of a food travel series called The Feed, and recorded a comedy album (more on that below).

Now that I’ve spilled my secrets on how to make friends [1. Be on Twitter or, 2. Live in Brooklyn], I’ll hand the mic over to the Massachusetts-born comedian to opine on his style, in his words, no drink minimum required. 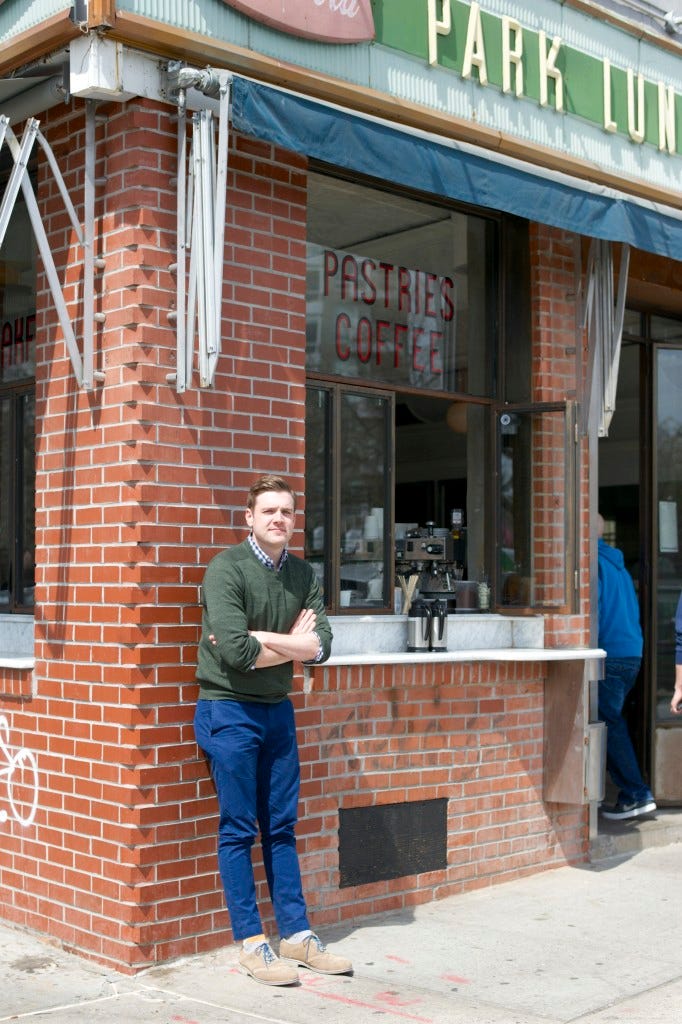 How intentional is your “on-stage” style? Was it a strategic decision when you first got started? How much do you think about it now?

My on-stage “style” is very unintentional. It’s exactly what I would wear to meet somebody for coffee or to go out to dinner. I mean, I’m definitely aware I’m getting up on a stage and there will be a light on me and most people in the room will be staring at me, so I don’t want to look like a dope, but I also don’t want to look like a dope walking down the street, so I usually pay attention to my clothes. I live in Williamsburg. Everyone here is a machine gun of constant silent judgment, me included, so I try not to wear sweat pants to the grocery store.

Who do you think is the best-dressed comedian out there today?

Nick Kroll and I once wore the exact same color, style and size J. Crew oxford to a show (Fairmont Blue, Medium, Slim), so I’d say Nick Kroll. But I really respect John Mulaney and Aziz Ansari‘s suit game. People are paying theater prices to see your shows, it’s nice to look sharp. I like suits, but I think wearing suits on stage would be a bit much for me, a little bit putting the cart before the horse. I’m not exactly selling out the Beacon Theater over here. Though maybe I should dress for the job I want? No, I think that’s dumb advice.

We go to the same gym. How do you feel your level of fitness impacts your personal style?

I got very out of shape in my 20’s, and doy huge surprise: clothes don’t fit as well when you are going out until 2 every night and then coming home and eating pizza.

I mean, I still do those things, but now I also exercise, so that going to try on pants doesn’t make me black out from stress-exertion. A college acting teacher once said to our class, kind of specifically to me, that being slightly overweight is very hard to cast: she said gain 30 or lose 20. Very cool advice to give to a room of 19 year olds on their own for the first time with access to an all-you-can-eat dining hall.

What brands can be found in your closet? How much do you have to get tailored?

I always had gotten my suits tailored, but I’ve recently gotten into getting regular clothes like pants and shirts tailored, and it’s made it much easier to shop. I used to sort of stress about how pants fit, but then the wonderful wardrobe supervisor on the Feed opened my eyes to how you can buy pants that just fit comfortably from wherever and then get the leg cut how you want. She is the best, and she made these pants I’m wearing happen. Actually she probably picked out all those clothes. Big ups to Charlotte Coleman. Big ups to free clothes.

You’ve been spending a lot of time in LA. What do you see as the main difference between east coast and west coast style for guys?

For the most part people in LA make lots of terrible clothes decisions. I understand their west coast casual vibe, but they are all overestimating how much anyone wants to see their toes. Lotta boot cut style still happening there. 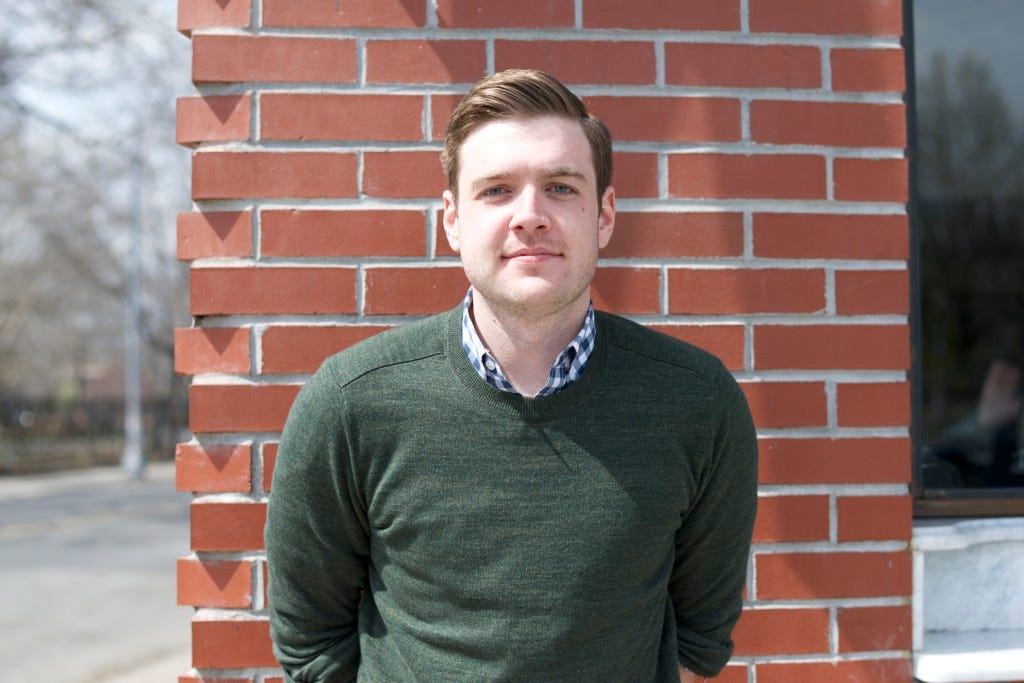 I had a pair of purple corduroy OshKosh B’gosh overalls that I once peed in at school, and me crying and removing them and dealing with that is my very vivid first fashion memory. Also this look, of which I have no memory:

A blazer filled with drugs. And a tie bar.

One time I illegally used a friend’s employee discount to buy a Ralph Lauren Black Label suit at half price and every time I put it on I feel like the kind of old money that has a guy on speed dial to make hit-and-run’s disappear.

H&M is good for single-use vacation clothes, like when you want to spend $6 on a full linen suit and a straw fedora that you can then throw in the garbage after wearing once.

Everyone everywhere is a machine gun of silent judgment.

I’m still thinking about that time I peed my corduroys.

Who do you think is the most stylish comedian on stage today?

You can pre-order Max’s album, King Piglet, on Amazon here. 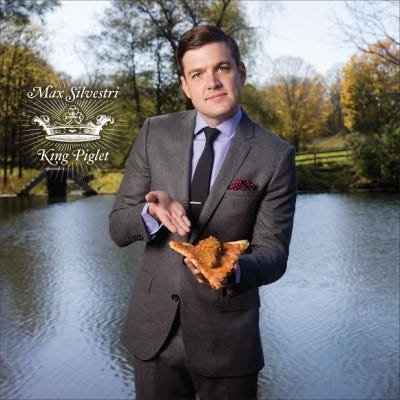