Shop, eat, and drink in style

Below, every conversation about Portland, Maine I’ve ever had:

“I’m going to Portland next week!”

I’m convinced that this also-ran status is why Portland works so hard at being so great. The city is constantly undermined as the also-ran to its more famous Pacific Northwest’s cousin. Portland, Maine’s just looking for a little love! And I, for one, say you should give it to them.

Below, my UPDATED picks for where to stay, shop, work out, and (of course) eat in Portland, Maine:

Image via The Press Hotel

A new favorite, the Press Hotel is part of Marriott’s Autograph Collection—perfect if (like me) you prefer the independent feel of boutique hotels but travel frequently enough that loyalty points matter.

The downtown property’s fun, boutique vibe draws inspiration from the building’s history as the offices and printing press of the Portland Press Herald, with newsroom-y touches like vintage-inspired journalists desks and thought-provoking quotes in unexpected nooks on the property.

Also newsworthy? Union, the hotel’s restaurant, deserving of a visit all on its own. Try the tasting menu. Trust.

A lovely, locally-owned hotel near the water in the Old Port. You’ll soak up much more Portland flavor than staying in one of the nice-but-generic chains nearby.

Just be sure to ask for a room on the second floor or above. The room they put me in first looked right out on the garden patio, which – don’t get me wrong, was beautiful and all – but I didn’t want to keep the curtains drawn for my whole visit, since walking around in my underwear while people are trying to enjoy their outdoor breakfast isn’t really my style.

This is a great place for upscale men’s basics. Like a lush hoodie you’ll never want to take off (especially since your girlfriend would immediately to steal it and never give it back) from Reigning Champ, luxe outerwear by Barbour, and Rancourt boat shoes (when on the water…)

PDGC also has a private label collection of shirts; the chambray button-up is not to be missed.

Apparently, this men’s store used to be a lot stuffier – think, the kind of store your dad would shop in twice a year and be done with it. But the Portland staple recently turned the corner on menswear with more modern offerings. They also make clothes custom there, including  suits, sport coats, slacks, and shirtings. So if you live anywhere nearby, it could a good option if you’re looking for a long-term clothing relationship/commitment.

Okay, okay, technically in Freeport, but let’s not split hairs, since it’s only a ten-minute drive away. This massive flagship store has an aquarium, three floors, and a huge boot out front. Simply put, it shouldn’t be missed. All of Freeport is actually really cute – lots of factory stores and outlets, but without the generic outlet mall-feel.

Oh, and need to quench your thirst while in Freeport? You can’t beat the testing room at Maine Beer Company. While you’re there, check out the massive solar panel installation that powers their whole brewing operation.

Not to be confused with similarly-monikered Portland Dry Goods. This place has the grooming products I love, stirred up with love by Lisa in the back of the store. They sell more from stores, so I love that the storefront even exists. It feels very, “just passing by and decided to pop in and buy some whiskey aftershave soap.”

Obviously the oysters shine at this place – oysters are in the name, after all – but don’t miss the lobster roll, or you will be sorry. It’s served on a steamed bun (like a pork bun-bun), which gives it a totally different, delicious spin.

Show up to a two-hour wait? Check out its sister restaurants on either side, The Honey Paw and Hugo’s.

“Have you tried the truffle fries at Duckfat yet?” This incredulous, expectant query was asked by everyone and their mother when I mentioned I was only in Portland for a few days. By the end of my trip, I could say yes, yes I have. All by myself. The big ones. Get them with the garlic mayo AND the truffle ketchup, and double dip.

The other item on the menu to write home about are the milkshakes. because at this point, your diet is pretty well screwed anyway, amirite?

Don’t let the generic name fool you; this place is the truth. Hit up this shack on the water for big ol’ lobster rolls on the cheap.

The latest addition to the Street & Co family of Portland institutions like Fore Street and Standard Baking Co. Great seafood (as one would expect) and right on one of the piers with waterfront views on either side.

If you live in Portland, this is the birthday/anniversary/graduation celebration kind of spot. The shmancy restaurant in town. That said, this is Portland, so shmancy means enjoying $$$ entrees in jeans and clogs. If you’re visiting, this is your “to the nines” dinner out, but don’t be surprised if you’re the only one dressed up.

Grab pastries and coffee for a morning stroll along the waterfront.

Other restaurants I’m excited to try on this visit: The Shop, a new raw bar; Rose Foods, a deli that looks like it could give Russ & Daughters a run for its lox-covered money;  and El Jefe Taco Bar, over in Freeport, making it a perfect post-Bean flagship pitstop.

WHAT TO DO DURING THE DAY

I never even heard of this before, but the Maine-based brand offers amazing outdoorsy-type activities for crazy cheap – we’re talking $20 for a 2-hour kayaking excursion. The guide or instructor is included, as is all the equipment. You just show up and sound like dumb city folk as you ask if there are sharks in Maine (what’s that? I was the only person who ever asked that? Cool…)

Activities in the summer include archery, stand-up paddlebarding, and fly fishing. Winter “discovery” sounds just as fun – and stupidly thrilling to someone like me who’s lived in a concrete jungle maybe a little too long: snow shoeing, dog sledding, and cross-country skiing.

Allegedly the most photographed lighthouse in the world (no clue how one measures these kinds of things, but hey, sure, why not?), this place gives off a total Murder, She Wrote vibe – in a good, “adorable small town” way, not a “murder capital of New England” kind of way. Again, not in Portland proper, but worth the short drive to Cape Elizabeth.

WHAT TO DO AT NIGHT

Clustered at the foot of the city’s Munjoy Hill neighborhood you’ll find a new collection of night-out spots in an old commercial bakery building on Washington Avenue. See how far you can get in a bar crawl at Roustabout, wine bar-in-a-wine shop Drifter’s Wife, and “farmhouse brewery” Oxbow Beer.

HAVE YOU EVER VISITED PORTLAND, MAINE? WHERE DID YOU STAY, SHOP, DINE, AND WORK OUT?

Sign up here for more intel from the female perspective. 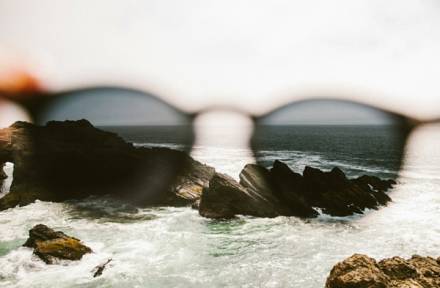 Travel Travel in Style: What to Wear On Spring Break 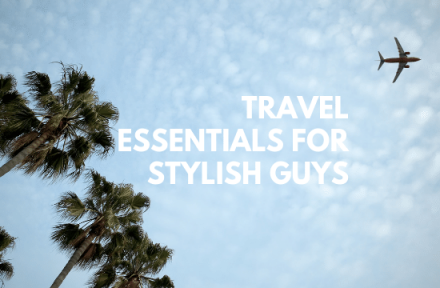 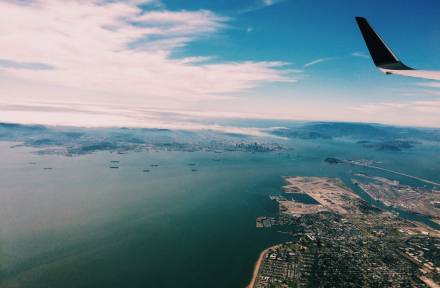