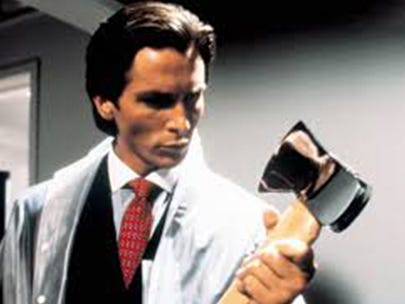 …How was that for feigned excitement? Seemed pretty genuine right?

Every year in New York City, where I live, a chain of costume shops pop up towards the end of September and remain eerily empty until about two days before the holiday, when a line suddenly forms around the block of each one.

Once inside, panicked shoppers snap up whatever’s left. I always wonder how many mad scientists, mummies, and clearance rack Austin Powers will be wandering the streets Wednesday night simply because that’s all that was left on the shelves.

Personally, I think it’s more fun to come up with something on your own, rather than throw money away on one of these pre-fab costumes. Homemade costumes show ingenuity, and duh, they’re free!

Costumes of movie and television characters are especially great. You’ll get lots of high fives and compliments from other partygoers who get the reference, and you’ll make the acquaintance of those who want to know who, exactly, you’re supposed to be.

Below, 3 easy guys Halloween costumes you can dig out of your closet for a fun, stress-free Halloween:

Ben Braddock from The Graduate

SG Says: Want to snag your very own Mrs. Robinson? Go with a get-up inspired by Dustin Hoffman’s character in the 60s classic “The Graduate.” All you need is a tan windbreaker, polo shirt, white sneaks, and a hangdog expression.

SG Says: I personally cannot watch the film American Psycho all the way through, but don’t let that stop you from going with a scary costume inspired by Christian Bale’s murderous leading man on All Hallow’s Eve. Slick your hair back, throw on on your best power suit and a rain coat – (rubber) axe optional.

Marty McFly from Back II The Future

SG Says: True story: Chicks dig Michael J. Fox. It was true in the 80s. It’s true now. And the benefits are two-fold: 1) The clothes still look current so you look cool and 2) you stay warm! That puffer vest and flannel shirt will keep you toasty all night. No tricks, just treats.

Bonus points if your wingman is willing to go as Doc!

Check out all our #SGapproved Halloween costumes here