The Vocabulary of Selvedge

The Vocabulary of Selvedge
the raw denim basics: what you need for your first pair 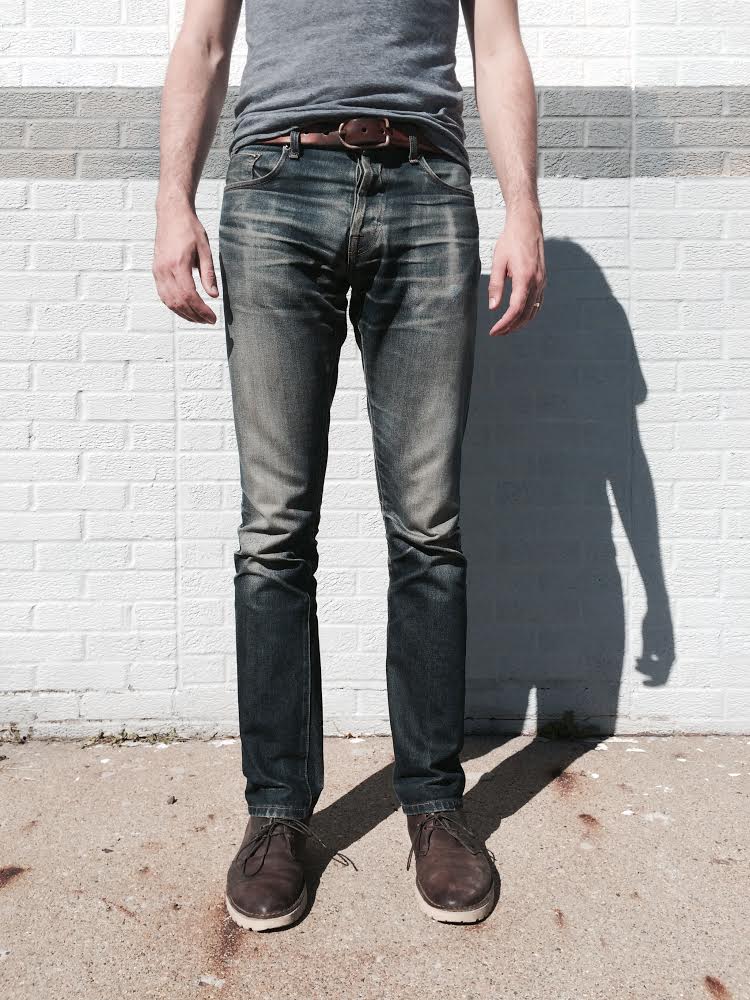 Thinking about picking up your first pair of raw denim jeans? Confounded by warp and weft? Hanging and hemming? Washing or soaking or freezing?

Let’s start with the basics: Raw denim, generally, means denim that hasn’t been subject to the same machine processes as your average pair of jeans. Over time, and with much care, they will become “a second skin,” says Justin Warring, with the Kansas City brand Baldwin, which started out in 2009 with three styles of men’s jeans, produced in runs as low as 70. (Their Henley fit is shown above.) “As opposed to a pre-fab wash, raw denim will break in differently and yield different results every time and for every wearer,” he says. This, for raw denim fans, is the Holy Grail: beautifully broken-in denim that feels like a second skin, conforming perfectly to your body and showing the sought-after fades in patterns unique to you.

If you’ve tuned out of the whole raw denim thing, I get it: The raw denim world contains more intrigue, mystery, consternation, and arguments over minutiae than a universe of ComicCons. All you really need to know is that it’s easier than the fanatics make it out to be—even as tons of angry typing has been poured forth into the Internet, as denim heads argue over denim weight, saniforization, Febreze versus Lysol, and whether or not to ever wash your jeans. (Yes. The only answer is yes, unless you want to enjoy those jeans in your own company, forever.)

“This is the denim debate that will never end,” Warring says. “Everyone does it differently. Personally, I say if they stink, wash them. You’re not going to ruin your jeans by washing them. I think that sometimes folks get a little too worked up by the ‘rules’ of raw denim, and they forget that at the end of the day they’re jeans. Jeans were meant to be work wear. That being said, if your jeans aren’t dirty or they don’t smell funky, don’t wash them.”

Now that we’ve got that straight, let’s move on to the primer—with the basic vocab you’ll need to navigate the purchase of your first pair of raw denim jeans. (A.P.C. gets my vote—but there are hundreds of options, and with some digging, you’ll find your heart’s true match.)

Bathtub: It might sound (and be) uncomfortable, but soaking your jeans while wearing them, in a tub full of water, is one way to get them to begin conforming to your body’s shape.

Fading: The whole point of this endeavor. For inspiration, see here.

Febreze: Used to get rid of smells.

Folding: Something you do not do to raw denim, since you don’t want any creases that your body’s not responsible for. See “hanging.”

Freezing: A controversial method of “cleaning” raw denim: 24 hours in a freezer may or may not offer some of the benefits of the washing you’re avoiding because you don’t want to undo all that work you’ve put into achieving the perfectly creased pair of raw denim.

Hanging: After you’ve soaked them, you’ll need to get them dry. Instead of folding them, which creates unwanted creases, simply hang them up to dry, the old-fashioned way—think clothes pins.

Hemming: Don’t do this until after your unsanforized (which will shrink) jeans have been soaked.

Honeycombs: The area of creasing behind the knees.

Left-hand twills: This refers to the style of weaving used to create the twill, which has serious implications for how the denim feels and wears. Left-hand twill is less commonly used than righthand twill—though historically it’s one of the reasons why Lee Jeans (which used a LHT) were softer than Levi’s (which used a RHT). You can see the direction of the twill by looking at the lines of grain. With a LHT, they’ll appear to run from the bottom right to the top left.

One-wash denim: An in-between step, if unsanforized is too much work and sanforized feels like defeating the process of getting raw denim. One-wash jeans have been washed once (to achieve the point of soaking) for a reliable fit from the get-go—and often by hand or in saltwater, rather than the machine-washing of sanforization.

Ounces: In terms of its weight, raw denim is measured in ounces per yard of fabric, with the range being roughly 10 to 21 ounces. The heavier the denim, the longer it will last—but the longer it will take to break in. A lighter-weight denim (10-14 ounces) will wear faster but break in more easily (and comfortably).

Right-hand twills: RHT is the weaving style used for most denim, and you can see it in the lines of grain, which appear to run from the lower-lefthand corner to the upper right. The result is a smoother, tighter twill.

Sandpaper: The cheater’s way to fading your denim.

Sanforizing: Pre-shrinking. Purists will often want their denim unsanforized, but beware that it will shrink significantly after it’s washed or soaked.

Selvedge (or selvage): Generally it can refer to denim produced on old-school looms; specifically, it means denim finished with edges (i.e. “self-edges”) that prevent unraveling.

Soaking: Plan on soaking your jeans instead of washing them when you first bring them home if they’re unsanforized, so you can (a) get their fit and (b) get rid of any excess dye.

Stacks: A prime area for creasing. It’s the area at the bottom of each leg where the denim “stacks” as it gathers. Stacks are avoided by hemming or cuffing.

Starch: Raw denim typically arrives starched, an additive that aids in creasing. If you soak, it’ll wash out—so you can mix up a solution and reapply…if you don’t mind the smell.

Unsanforized: These jeans have been pre-shrunk.

Warp: In weaving, the vertical yarns that are carried under and over the weft.

Washing: See “Soaking,” above. After that first soak, you might not want to “wash” them for many, many months. (How often is a question of great debate in the denim head community.) Worried about smell? See “Febreze.” Worried about grossness? See “Freezing.” Then just wash them. This is another matter of great debate.

Weft: In weaving, the horizontals yarns that are carried under and over the warp.

Whiskers: Also known as “lap fades.” The long creases below the waist, and above the crotch. These are often the first fades you’ll see in a new pair, since even normal wear involves a lot of movement in this area. They’re also the first fades people will notice, since only the experts will be checking out the backs of your knees for the honeycombs.

Raw denim: too much work or entirely worth it?