Welcome to Blinders Month on SG!

Welcome to Blinders Month on SG!
Love & Bias (and everything in between) 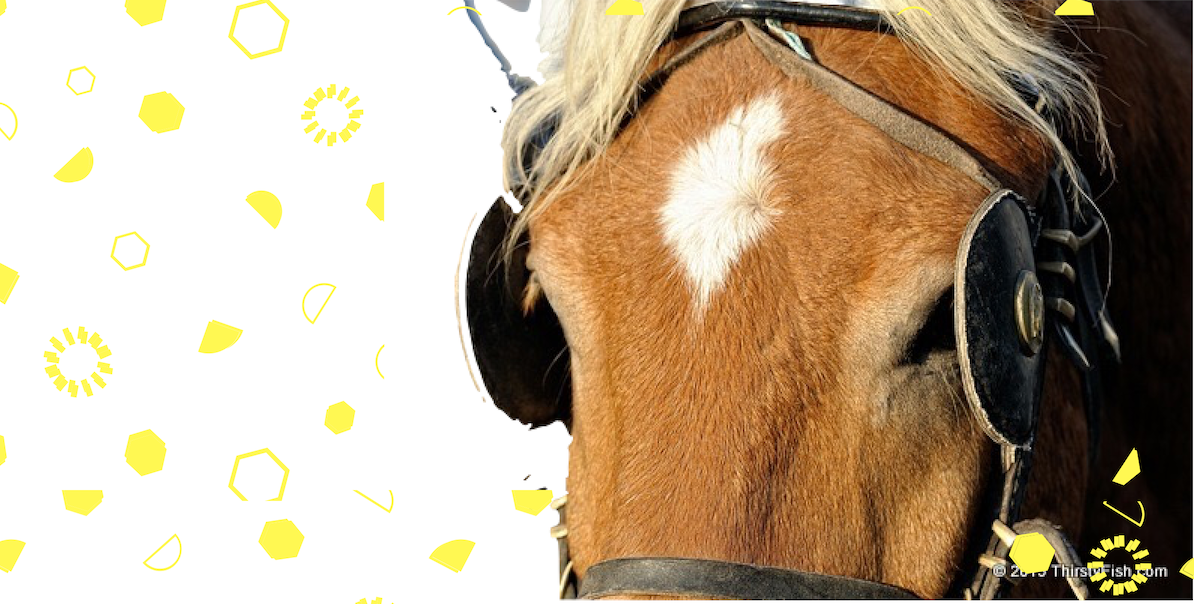 I’m convinced that my future husband will murder me in a blind rage after hearing me slurp down the 10,000th cup of tea in his presence. It’s a habit I can’t seem to give up and that at the beginning I’m sure he will see as an adorable quirk of mine.

“That must be Megan enjoying her mid-morning break,” he’ll think as the lawnmower he’s pushing is suddenly drowned out by an earth-shaking, throaty rumbling coming from the writer’s shed out back.

At the trial, his lawyer will play an audio recording my husband secretly took on his phone right before the act, for which he’ll claim insanity by excessive slurping. The judge will declare a mistrial and my husband will go on to remarry a woman who exclusively imbibes cold beverages through metal straws.

But at first! At first he’ll find it endearing and think of it as just another thing that makes me me.

We shield ourselves from so much in the beginning. Both small (the slurping, leaving lights on when you leave a room) and large (infidelity, voting for Jill Stein in 2016). The cigarettes they smoke (“But they look so sexy when they do it”) and the odd racist remark (“He just grew up in a really conservative household”).

Before you know it, you’re married to the field organizer for Ted Cruz 2028 and you both nurse a two Juuls-a-day habit.

In the month of both Valentine’s Day and Groundhog Day, it seemed appropriate to declare February “Blinders Month” on Style Girlfriend.

Valentine’s Day celebrates the notion of love choosing you. Cupid and his arrow in control.

Groundhog’s Day, somewhat confusingly, suggests that a large rodent can predict the weather (only revealing his vision to the…mayor? I’ve never bothered to really look into it).

And it’s a huge news story! Every major news network carries it like Punxatawney Phil has a Mueller indictment between his paws when he pokes his head out!

It’s interesting that the legend goes that if the groundhog sees its shadow, it’s due to clear weather that predicts a longer winter. While cloudiness (and therefore not seeing its shadow) means spring will arrive early.

I think that’s all to say that we believe what we want to see.

And these kind of blinders don’t stop at love. We put blinders on in all kinds of matters. Sometimes it helps, as when we simply don’t buy ice cream at the grocery store if we can’t handle having it in our freezer without eating it by the pint. Or when we decide on a uniform of sorts to make getting dressed in the morning easier.

Sometimes, though, it’s for the worse. When we blind ourselves to thoughts buried deep in our gut. Or how the way we’re treating others might be hurting them. We ignore new and different information when it doesn’t fit inside our admittedly limited schema.

So, this month, we’re going to talk about all the blinders we wear in our lives, and if it’s worth taking them off. Maybe it’s not!

WHAT BLINDERS HAVE YOU NOTICED YOU’RE WEARING? ARE THEY GOOD OR BAD?