What A Woman Wants: Hillary Reinsberg of 'The Infatuation' - Style Girlfriend
Skip to content

What A Woman Wants: Hillary Reinsberg of ‘The Infatuation’

What A Woman Wants: Hillary Reinsberg of ‘The Infatuation’
this restaurant reviewer is spilling the beans 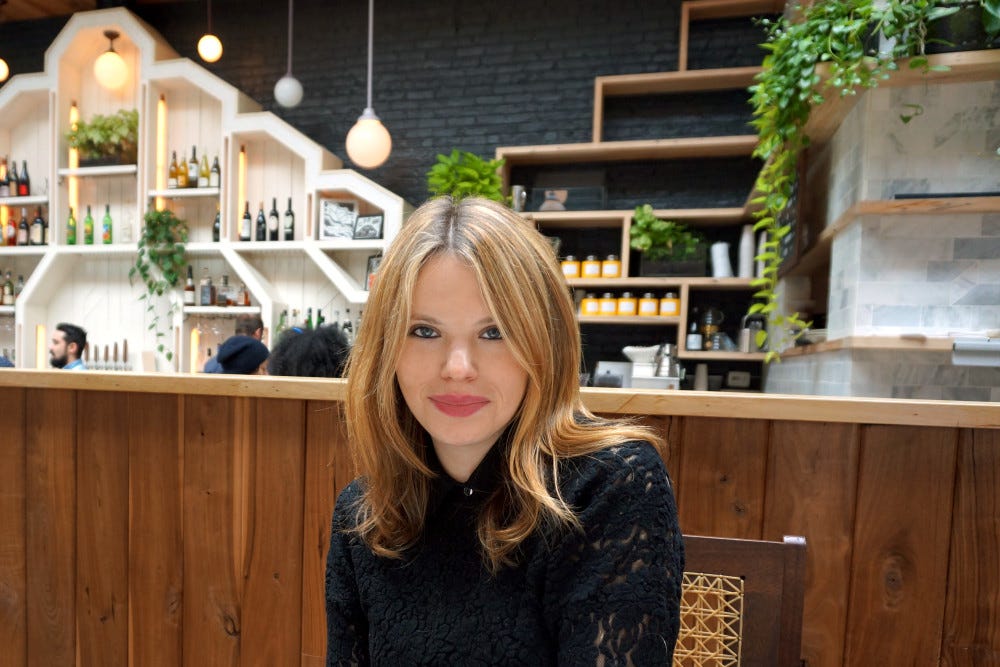 When my buddies over at restaurant review site The Infatuation brought on former Buzzfeed-er Hillary Reinsberg as their editorial director, they knew what they were doing. After all, who better to give great reccos on spots like those perfect for “first/early in the game dates” than a cool chick you’d be lucky to take out?

We asked Reinsberg of The Infatuation for insider intel into the age-old question: what does a woman want?

What’s the most stylish thing a guy can do (wear/say/etc)?

What do guys stress about, appearance-wise that they really don’t need to?

Height! I never have any idea how tall anyone is.

Name five essentials a guy needs in his kitchen.

Coffee, an appliance for making coffee, clean glasses that are not Solo cups, a chef’s knife, and a bowl for chips.

What’s the best meal to make at home for a date that seems like you put in more effort than you really did?

I like recipes where you can eyeball it and don’t have to measure meticulously. My go-to is salmon marinated in miso and thrown in the oven for 25 minutes, and an arugula salad with olive oil and lemon.

Any advice for navigating the “I don’t want to order the cheapest – or second cheapest – wine on the menu, but I don’t know what to get” dinner date dilemma?

I’ve heard that a lot restaurants actually mark up the second cheapest wine the most, because so many people order it. So go for it, order the cheapest wine! Just do it with confidence, like you know what you’re doing.

You work with two very opinionated guys at the Infatuation; what do you do when you disagree on a restaurant review?

Doesn’t happen much, if at all! We’ve got a pretty small crew of writers and everyone’s opinion is really respected, which is awesome, and also really essential. I, and the Infatuation writers in other cities, were all readers and big fans of the site before we came onboard, so it’s not that we all have the exact same favorite food, but that we relate to the same mission: tell people if a place is good and for what occasions, honestly and without using words like “unctuous” or “mouthfeel,” and with a sense of humor. For the people!

Is proposing at a restaurant a do or a don’t?

As long as it’s not in the hopes of making a viral video.

What about ordering for your date? Chivalrous, or rude?

Unless you’re sharing, I think everyone orders for themselves.

What’s the best type of restaurant for a:

first date: A nice bar that won’t have a wait.

100th date: Sitting at the bar somewhere in your neighborhood.

anniversary dinner: If you’re going to do a fancy tasting menu kind of situation, an anniversary is probably the time to do it.

None! Just be clean.

I’m pretty sure that once they hit 25, every man in New York is told to buy Kiehl’s under eye cream. It does the trick

Facial hair: yes or no?

Certainly not opposed! If a Santa Claus beard is what makes you feel like your truest self, go for it. A goatee is probably not necessary at this point in time, though.

Manscaping: yes or no

Again: you do you.

Sneakers with a suit: yes or no?

Probably not if it’s the Asics you go running in. But I can get down with the Stan Smith/Chucks-inspired look with a suit.

I love talking on the phone. When you work on the internet and spend a lot of your day typing, it’s really nice to talk without staring at a screen.

Emojis: yes or no

For sure. My current favorite is the one that says “100”

What’s your take on “ordering for the table” on a date?