Dear Future Husbands: Notes from the Field on Marriage

Dear Future Husbands: Notes from the Field on Marriage
Gathered from A Woman's Pov 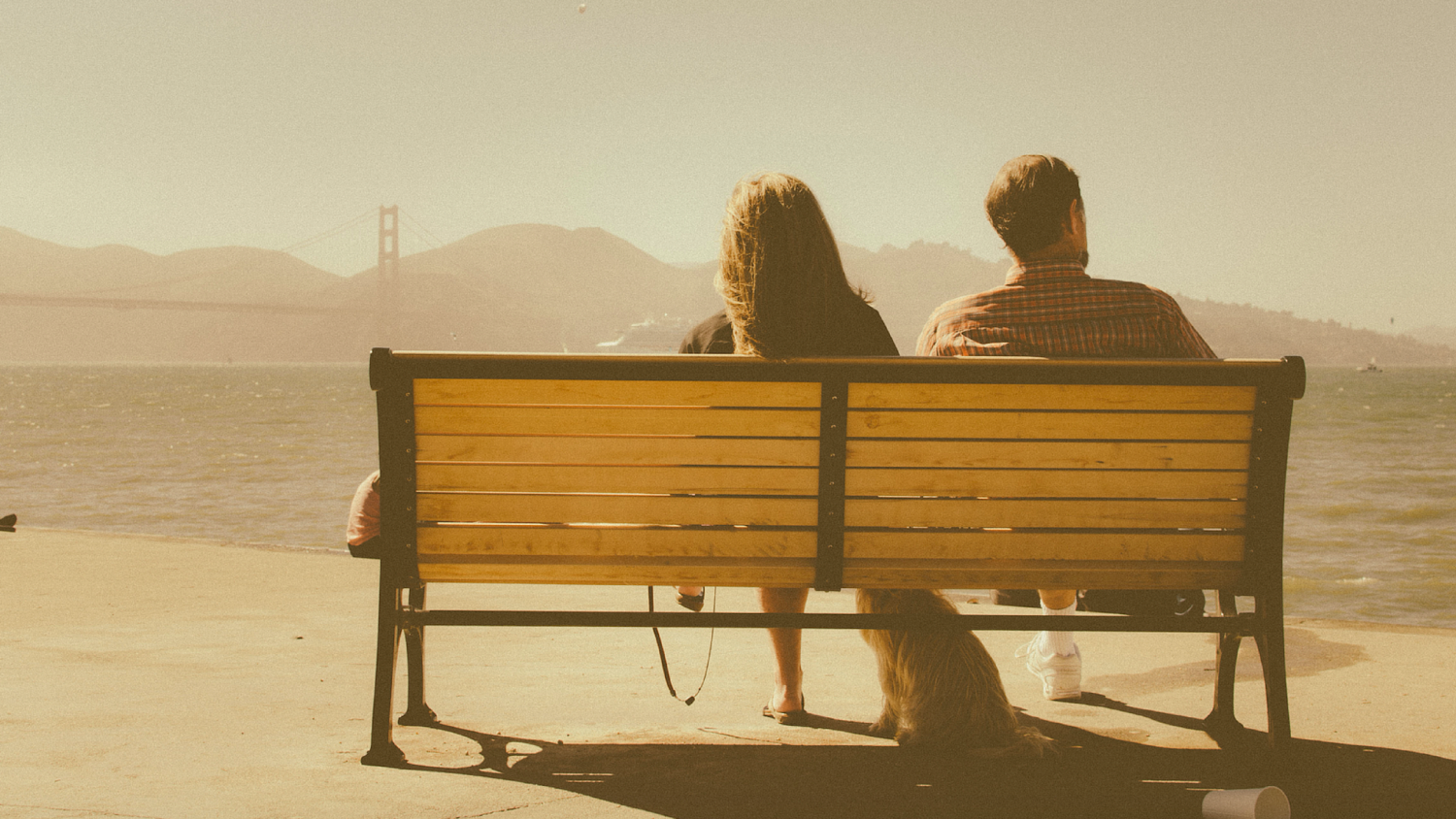 Full disclosure: despite the problematic lyrics that seem intent on setting women back fifty years, I happen to love Meghan Trainor’s “Dear Future Husband.” The beat is super catchy and makes me want to wear a really twirly skirt and swing dance to it..and really, isn’t that what we all want?

That said, Trainor does seem to be suggesting that all women who want to get married are sex-withholding, demanding banshees — unless you do exactly what she says. As a single woman who considers herself decidedly un-banshee-like, I decided to, poll my married friends for more realistic advice to all the future husbands out there (and heck, current ones too). Because marriage doesn’t need to be a scary, identity-losing, good time killing, ordeal. It just takes a little more work and frankly, if you learn from the mistakes and successes of your friends who married before you, chances are you’ll be able to have a pretty awesome partnership.

Because while I do see myself tying the knot one day, the closest I’ve gotten to marriage is posting an Instagram of me wearing my sister’s engagement ring as a joke (the caption said JK JK JK JK), giving everyone a stroke and thoroughly NOT amusing my now ex-boyfriend (I swear it’s not why we broke up, though.) So I went to the experts, aka the couple friends I have who are now wifeys, to get their thoughts about marriage that we could pass on to guys who are thinking about making things official. So without further ado:

Dear future husbands, here’s a few things you need to know if you want to be my (her) one and only, all my (her) life:

Take me on a date/ I deserve it, babe/ And don’t forget the flowers every anniversary/ Cause if you’ll treat me right/ I’ll be the perfect wife/ Buying groceries/ Buy-buying what you need:

Ok so first of all, no — treating your wife to nights out and bringing home flowers is not a demand or an obligation. But, you are sharing your life and your time with someone else now, and while independent “you” time is still important, so is making sure your spouse knows you prioritize your time with her, and making her feel special. My married friends talk about how much they love feeling like their husbands are still woo-ing them and flirting with them, even though they already have them. For example, one of my friends hates getting out of bed on weekend mornings (join the club). So every Saturday, her husband takes their dog out for a walk, and comes back with coffee for her in bed. Swoon.

You got that 9 to 5/ But baby so do I/ So don’t be thinking I’ll be home and baking apple pies/ I never learned to cook/ but I can write a hook/ sing along with me, sing, sing alone with me:

My married pals were definitely on board with the pop star’s sentiment here.

Marriage is all about balance and compromise, they told me.

Especially if you both have careers outside the home, which is more likely to happen these days: according to the U.S. Bureau of Labor (yes, I looked it up) in 2014, 47.7% of married couples had both spouses working.

For example, a friend and her husband both have incredibly demanding careers that involve a lot of after-work networking/schmoozing. So first of all, when they do have evenings together, the make the most of them. And if one of them knows the other will be gone for the night, he/she will pick up the slack with the housework or whatever chores need to be done. They also balance the social/work demands by including the other in their more network-y events.

Another one is moving all over the country for her husband’s military career right now, but when he’s completed his service, they’ve agreed her career will take top billing.

Also, it’s 2015 guys, so do let your future wife know that you’re willing to be an equal partner in all things marriage and home building related. Nothing is sexier than a guy who can empty a dishwasher without asking “where do the bowls go again?” So don’t expect your wife to do all the “domestic” work. One friend’s husband hates doing dishes but loves folding laundry. I love cooking but hate making the bed. As long as it doesn’t feel like a burden or an obligation, everyone will be happy. And these are roles that you’ll most likely sort out in the relationship before you get married, but just keep that in mind.

For example, one guy who I will never marry told me (while “flirting” at a party) that he wanted to “take me out, and blow my mind,” and then have me “make breakfast the next day.”

Nope. All the nopes. I mean yes, you should treat all women with respect, but the idea that you can placate your spouse or significant other when she’s “acting crazy,” is completely dismissive of the idea that women can be upset about things and not be considered “crazy.”

So how should you handle fights and disagreements? Listen.

Seriously, listen to what your wife is saying to you. Do you think she’s over-reacting because you keep sitting naked on the couch and she’s yelling at you to put on shorts (true story)? She’s not. She’s worked hard with you to build a life and a home with you, so it makes sense she probably doesn’t want your balls all over the cushions that your respective mothers will sit on when they visit. There’s a whole Sex and the City episode that covers this ongoing marital battle. It’s a real thing.

Remember you are sharing a life, a home, and – unless you are a Kardashian – a normal-sized home with your best friend, lover, and partner. Spats are inevitable, but if you take a minute to just listen, you may avoid bigger blowouts. And speaking of fighting, we are going to skip the chorus and get right to:

After every fight/ Just apologize/ And maybe then I’ll let you try and rock my body right/ Even if I was wrong, you know I’m never wrong/ Why disagree? Why why disagree?

Ok first of all, you can be sure I am not going to marry someone if they are still “trying” to figure out how to “rock my body right.” They better know at that point, but let’s assume that part was added for syncopation.

The point is, sex should never be used as a bargaining chip, so if that’s happening, I recommend a trip to a marriage counselor stat, because that issue goes way above my pay-grade. Fun fact: my married friends wouldn’t talk to me about their sex lives with their husbands (which I’m kind of ok with).

Again, it comes down to listening and communication.

And apologies will go a long way, in marriages and relationships and in general. One thing that drives my married friends crazy is when, at the end of a discussion about why they are upset at their spouses, the spouses say something like: “I’m sorry you feel I always goad your sister like I’m poking a bear to get a rise out of her,” because that puts it back on your wife as if her feelings aren’t valid. It’s a non-apology apology.

What does work? Acknowledging the issue and your role in it, and offering a compromise or solution. Especially when it comes to in-laws. For example: “I’m sorry I told your mother her chicken parmesan wasn’t as good as my mom’s after you explicitly asked me not to. I will work on improving my relationship with your family.” And again, communicate, communicate, communicate. It’s a two way street. No your wife isn’t always going to be right, and neither are you. So talk it out, move on, and then rock her body right. Because you know how to — though if you’re still trying to figure it out I’ll keep my fingers crossed you do so soon.

That’s the bulk of the song, so I’ll close with this: from what I can tell from watching my friends who are married, marriage is an adventure and it takes a lot of work (duh). As a good friend of mine put it, “Trust your decisions as a couple. What works for you may not work for other people. Going through life every day and fighting life’s battles with your best friend  is awesome and nothing to be scared of.”

It’s the little things that make the bigger picture of marriage fun: so watch the Bachelorette, go out to dinner, make bets over whose team will win the big face off, fight over whose turn it is to empty the dishwasher, talk about the serious things, plan for the future, listen when she says “I’m upset because,” tell her you love her every day, and enjoy life with the person you chosen to live it with.

To the current husbands out there, what did we miss? Any post-“I do” revelations you wish you had figured out  a little sooner?

Lizzie Thompson lives in New York City where she works in media and freelance writes. She recently realized that instead of just talking with  her friends  about  the good, the bad, and the ugly of their dating lives, she could turn those sometimes-lousy, often great experiences into real-world advice, in the hopes of helping even just a few good men date with a little more style. You can follow her on Twitter.