How to Fight Fair in a Relationship 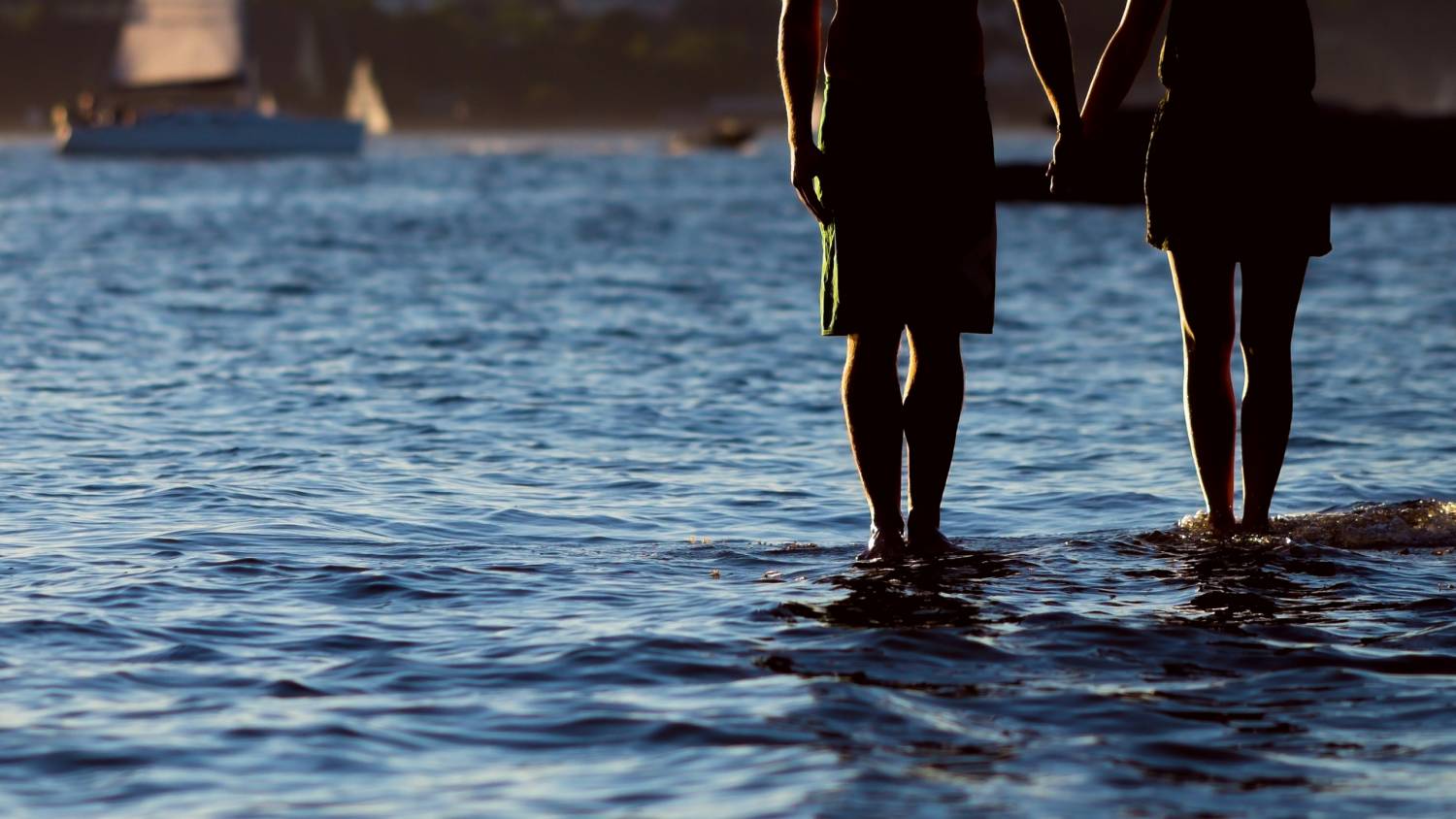 Ah, the lovers’ quarrel. From Adam flipping out over Eve eating that apple, to Ross wailing to Rachel that they “were on a break,” romantic spats are a tale as old as time. And no matter how convinced you are that you and your boo are so in sync you’ll never ever fight, a tiff every now and again is inevitable.

As a woman who’s had her fair share of arguments with boyfriends, I’ve got to be completely honest: You fellas could use a little help in the communications department.

So I’m here to help you navigate trouble in paradise, whether it’s the first fight with your new lady, or your 100th with your wife or girlfriend. First things first: Put the boxing gloves away and take a seat. No need for a knock-down drag out screaming match when you can work through a disagreement like the stylish gentleman you are.

How to fight fair in a relationship: 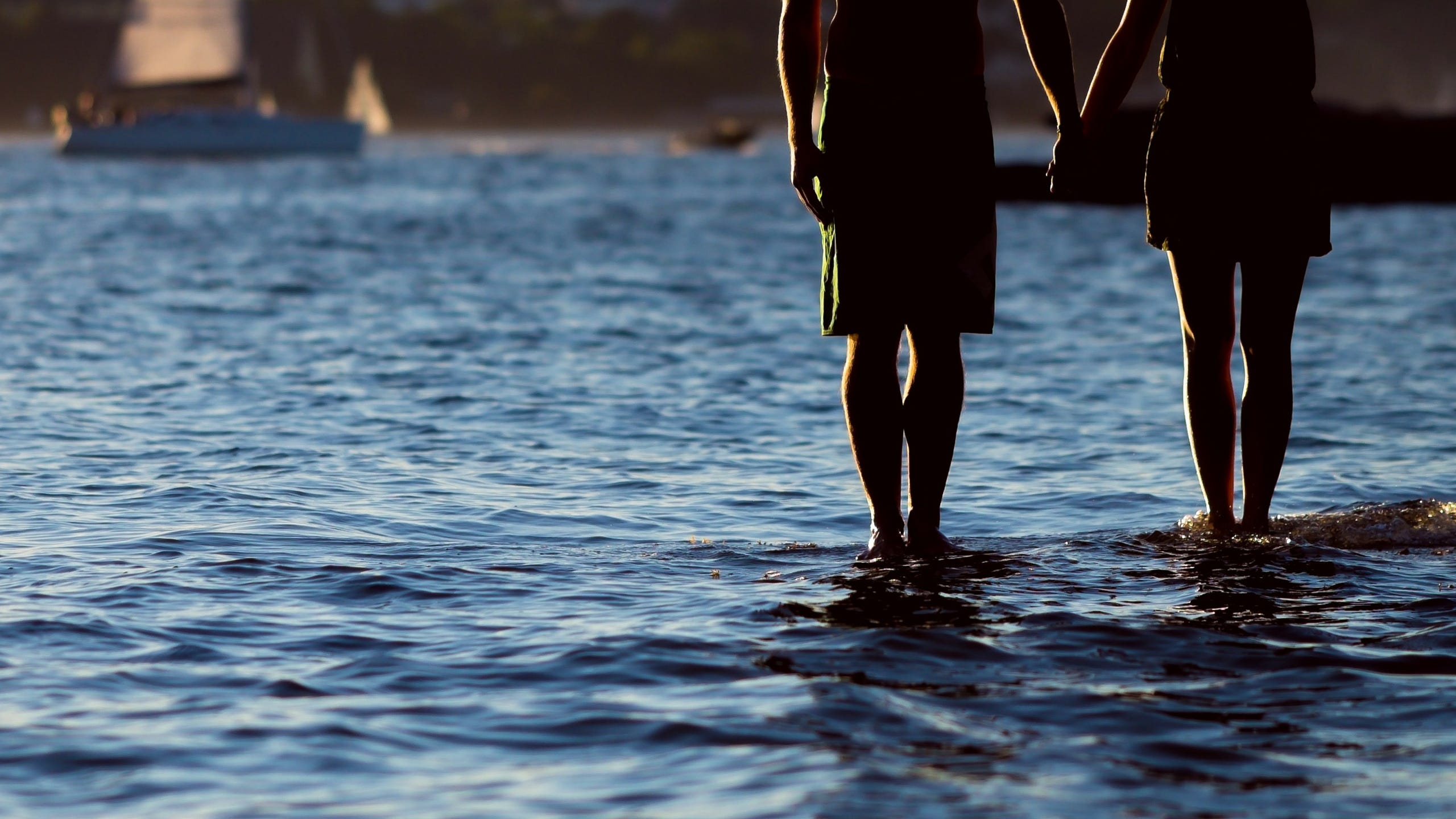 1. DO: Give her your undivided attention. If your significant other comes to you and says “I need to talk to you about something,” or even if she shouts from the other room “ARE YOU EFFING KIDDING ME?!?” and you know you’re in trouble, remove the distractions. Turn off the TV, put down your phone, drop the PlayStation controller. Showing that you are receptive to the discussion will go a long way. Texting your brother about your Fantasy Football matchup while she’s crying will not.

2. DON’T: Belittle her issues. We don’t like fighting any more than you do. Remember that. So avoid any “are you on your period?” or “God you sound like your mother,” talk that dismisses our complaints. And sure, maybe she’s mad about something that seems little, like you’ve thrown your wet raincoat on the clean white couch again, or something big like you never defend her when your friends are ragging on her. Whatever it may be, she’s taking the time to voice her dismay, so you need to listen. Saying “It’s not a big deal” dismisses her emotions and is condescending. Men are too often quick to assign the “crazy girlfriend” trope to the women in their lives, but really recognize that it takes a lot to bring up an issue that might cause discord into an otherwise happy relationship, so if you don’t dismiss what’s bothering, that respect will go a long way.

3. DO: Listen. Before you say anything, just listen. Try not to immediately jump on the defensive or dismiss her accusations out of hand. Or maybe you’re mad at something she’s done. Listen to her explanation the way you want her to listen to yours.

I used to have the same fight with my ex-boyfriend over and over and over again about his partying, and he never took my concern/upset seriously. It ultimately was a big part of what drove us apart. This one issue we would continually fight about got worse and worse that it began to overshadow every good thing we had going, and no matter how many times I said I was unhappy when the thing that caused us to fight happened again, or explained I was reaching a breaking point if he couldn’t meet me halfway, he never listened (or chose not to). It made me feel insignificant and unimportant in his life, and like I didn’t matter. It sucked.

4. DON’T: Bring up the past. Even if you feel backed into a corner, don’t bring up past fights if you can help it. Leave the past in the past.

5. DON’T: Fight to win. Seriously, you may win the battle but you’re going to feel really crappy for the rest of the war. So keep the kill shots to yourself. I’m terrible to fight with because I have absolutely no filter and know how to use words to be, well, really mean. Plus, I had a terrible habit of imitating my ex when we would fight (I’m a delight to date, I promise) which was really, really immature of me. So don’t do your best “upset girlfriend impression,” and don’t drag up “Well you always do x,y,or z” or “What about the time that you did this?” That type of behavior will just snowball the fight out of control, and shutdown any productive conversation you could have had.

6. DO: Think about what you’ve done. Take responsibility. Make sure you are owning your role in whatever the argument is. Chances are it isn’t coming out of nowhere, so self-reflection can be a useful tool when you’re hashing it out.

Even a simple “You’re right, I need to be more thoughtful when it comes to not taking the last of the chocolate covered pretzels,” or “I shouldn’t have taped my episode of Scandal over your Cowboys game honey, I’m sorry.”

If you’re the one who is starting the confrontation, think about why you are upset, or why you are unhappy with something.

7. DO: Pick your battles. And think about the ones you are choosing to engage in. Are you jumping into a fight when she asks to you please put your dirty socks in the laundry and not on the kitchen counter? Or are you starting a fight with her because she didn’t want to watch the same movie you wanted to watch? These are things to think about. Discord over smaller issues is often a sign of something deeper than just “she leaves her empty contact containers everywhere,” so think about what it is that is really making you upset. And then talk it out.

8. DON’T: Rush the makeup. I know, I know. While your impulse may be to get out of the fight as quickly as possible, some fights have roots, and putting a Bandaid on the bullet hole (mixing analogies here, stay with me) will just make the next fight even worse. Why? Because she’ll feel like you weren’t listening the first time.

While you should never go to bed angry (or so I’m told), a rushed makeup/apology often has the effect of thinking everything is fine, and then realizing neither of you said what you really meant, nor got the explanation or answer from your partner you were hoping for. And then you realized the fight is unresolved, and we start all over.
Maybe you can’t think straight in the heat of the moment, and you know all your words are going to come out jumbled and not sound right and might not even represent how you truly feel or what you mean. Take a deep breath, this is normal. Cool off, think about your side of things, and hers, and the best way to make up that’s fair for both of you.

I’m a big proponent of taking space and then putting in writing your feelings (or apology), and then talking things through once you’ve both had a minute to cool off and process.

9. DO: Seek advice, but don’t bring them into it. Seems at odds yes? Stay with me. First of all, sometimes you need an outsider’s perspective – an unbiased opinion – to help you see more clearly.

But remember: When you do seek outside guidance, consider their advice but keep their involvement to yourself. Saying “Well, Dan agrees with me that you’re acting like a jealous, lunatic banshee” will make your girlfriend pissed that you were talking about her like that. And you’ll probably have to stop being friends with Dan once you and she makeup.

So yes, talk it out with a trusted friend, but don’t air your dirty laundry to the whole gang over nachos during game day. And be sure to also make sure said-confidante is not a mutual friend to both of you, because that will put the advisor into the awkward position of choosing sides. And it’s a terrible idea to vent to someone you know doesn’t like your significant other. Even if you’re so frustrated with your wife or GF you just want someone else to be as mad as you and talk crap about her because you can’t, it’s not a good idea to vent to your sister who you have always known hates your girlfriend. This will just add fuel to that other person’s dislike and when you and your honey make up things will be awkward for everyone.

10. DO: Apologize. A completely sincere and not forced “I’m sorry” can go a very long way.
And none of this “I’m sorry that you feel x,y, and z” bull. That’s not an apology. That’s dismissive and less-than-convincing to hear. Really do think about why she’s feeling the way she is, and apologize for your part in it.

So when you’re ready, you should both have a sincere moment of apology, whether its “I’m sorry I said that to your mother; it was inappropriate and I’ll try not to do it again” or “I’m sorry I forgot to call to tell you I wasn’t going to make it to your work event tonight.” But remember, only apologize if you mean it. And if you realize you don’t mean it, or you are not going to be able to fix what she’s upset about, that’s something to think about, and a larger conversation that you should have. And once you’ve apologized, move on. If you’ve talked it out and both apologized, move forward. Don’t dwell on what’s happened, or keep trying to beat a dead horse. Lick your wounds and then keep on keeping on together, stronger and more communicative than ever.

So guys, how do you fight fair in your relationships? Any lessons learned from doing it wrong?

Lizzie Thompson lives in New York City where she works in media and freelance writes. She recently realized that instead of just talking with  her friends about their dating lives, she could turn those sometimes-lousy, often great experiences into real-world advice, in the hopes of helping even just a few good men date with a little more style. You can follow her on Twitter.