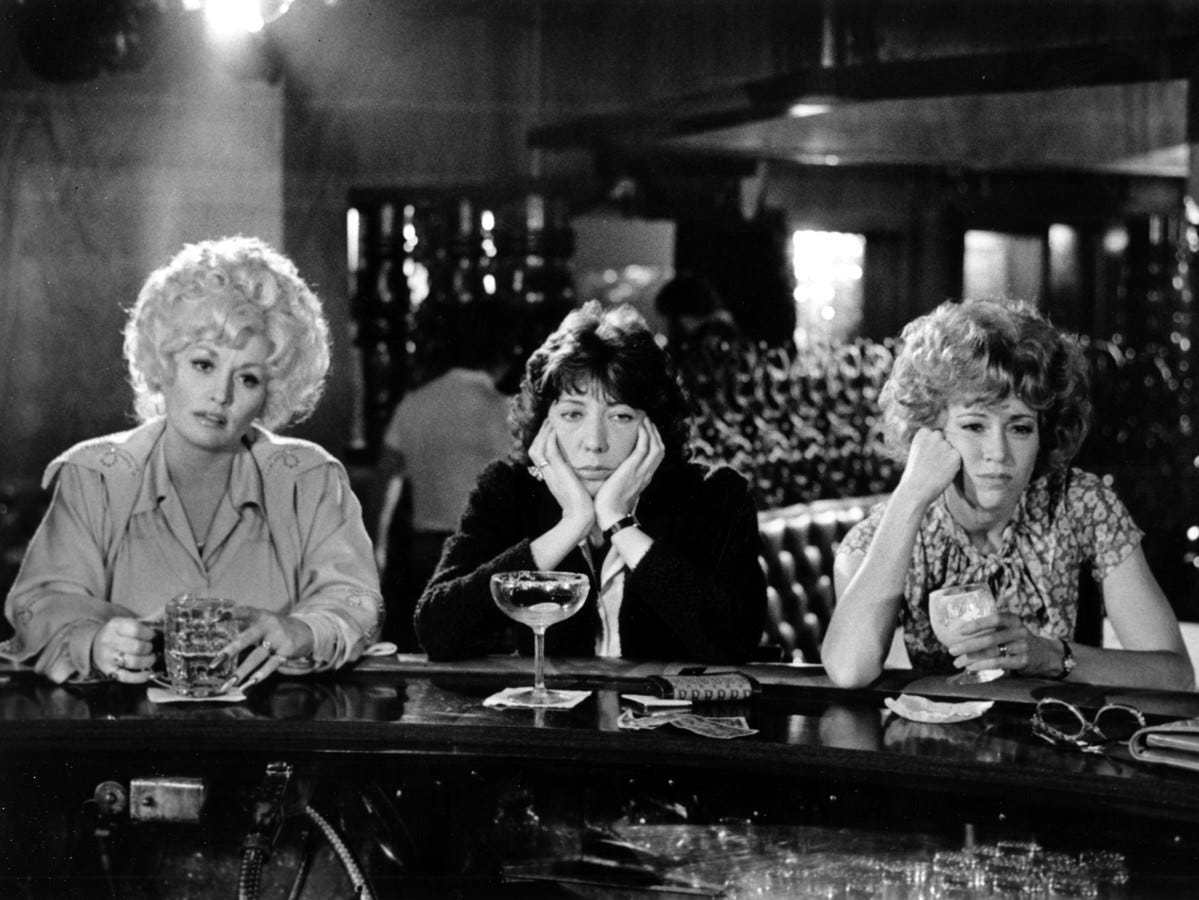 Ever wonder what women at work really think about you? Read on…

With news about women enduring sexual harassment in the workplace and even sexual assault by men in powerful positions, it’s easy to pat yourself on the back and tell yourself, I’m not like that. I’m a good guy. I know how to act at work with women.

And chances are, you are. Good, I mean. You read Style Girlfriend because you want to make more intentional, thoughtful choices in your life – from what you wear, to how you travel, to the way you move through the world.

Moreover, from what I’ve seen in the comments, you support the women in your life. And not because you had a daughter and discovered females are people too, but because you knew that all along. Because treating everyone with respect is the right thing to do. And for that, I salute you.

…But here’s the thing. There’s more to being a good guy at work than that. It’s too easy to say, “Well I’m literally not assaulting or raping women in the break room, so I can tap out of this conversation.”

Unfortunately it’s not that simple. Our behavior sits on a spectrum, not on a scale where ‘right’ sits totally separate from ‘wrong.’ Brad Pitt, for instance, saw Weinstein harass two separate girlfriends over the years and said nothing. He’s also spent millions building homes for those affected by hurricanes.

Meaning? You can be a “good” guy and still be acting in some sh*tty ways when it comes to supporting women struggling for equality in the workplace.

I’m not blaming you. We’ve all been conditioned to behave in certain ways since we were little kids. People take actions without thinking, and others absorb and deflect them without asking why. Which is why it’s important we all shine a flashlight on the corners of our subconscious that perhaps haven’t been examined in awhile.

Every guy has “But I’m a good guy” blind spots. The work is in finding them and rooting them out of your life for good.

A note! I hope you can receive this advice in the manner in which it’s intended. My mother calls it “speaking truth in love,” and I’m working on it everyday!

Below, three tips on how to act at work with women:

#1: Kissing and Hugging Female Colleagues (Only)

Think about it this way: if you had coffee with a male mentee, or male boss, or male employee, would you hug them goodbye? Probably not. What about a kiss on the cheek to say hello? No way. (Unless you’re reading this in France where such physical affection is more common among men, in which case, Bonjour! Ça va?  Ah, oui, bien sûr, nous pensons aussi que notre président est fou. Non, je ne sais pas quand il sera viré, mais j’espère bientôt!)

Why? Because acting a certain way with only one gender creates an imbalance in the professional power dynamic.

In this instance, that dynamic can only be shifted by a woman physically rejecting you—pulling away from an embrace, turning away from a kiss—which puts her in an even more awkward position.

Think: Would I act this way if the colleague or client were a man?

I’ve stuck my hand out as a man I’ve just met leans in for a kiss; you should see the shocked look I receive in return. Bonus micro-aggression that I’m not allowed to register similar shock on my face when a man expects a professional interaction to include as much physical contact as a first date.

So what does a totally professional, Beyonce-loving, empowered woman do in 2019 when confronted with this mental chess game? Whether she’s comfortable with this physical interaction or not, she’ll most likely go along with it, for fear of rocking the boat. Heaven forbid we make a man uncomfortable.

Now that you know that this “good guy” behavior could make a woman uncomfortable, what can you do? A good rule of thumb at work is to think: Would I act this way if the person were a man?

Would you hug or kiss a man at work? If the answer is no, consider that the next time you expect a woman to accept and welcome such physical contact. If you need further instruction here, this is a great article on the topic.

Seems simple enough, right? But I’m always amazed at the “good guys” who happily crib a woman’s brainstorm idea, intellectual argument, or quip off as their own. As someone who prides herself on a good zinger, this one really eats at me, and it’s gotta stop.

For example, if a woman makes a joke at a business dinner with your out-of-town clients, and you’re the only one who hears her, don’t repeat it, more loudly, to the group. That’s not cool. Just because she didn’t feel the need to launch into a standup set doesn’t mean you get to steal her material.

Another familiar scenario: a female co-worker offers a suggestion during a team meeting, but the comment goes unnoticed. You offer the suggestion again, perhaps worded slightly differently. Maybe you even nod in her direction or lock eyes with her as you repeat the comment to suggest an association. What you don’t do is credit her outright.

Don’t steal her ideas, or her jokes

I get that this one rides the line – you want to be a good guy by making a female co-worker’s voice heard, even if it’s not by anyone actually hearing her. So what can you do instead? Why not use your male privilege for good and pipe up with that non-vocal fry voice of yours that studies show people (of both sexes) are more apt to listen to, and say, “Hey, Janet had a good idea. Janet, would you say that again?”

As for the dinner party example, what’s a better response than co-opting a quip? Laugh. Turn to her, say, “That’s funny. You’re funny.” And laugh.

Oh, and if you DO steal her words at work (which, again, don’t) and she calls you on it (which, good, because that was a d*ck move), don’t deflect by saying something like, “I guess we have a similar sense of business / humor!” Instead, acknowledge her. “It’s because I think you’re smart / funny.” The former makes it sound like you could have made the same point, and she just got to it first. But you didn’t. She made it. And you stole it.

Any woman. I literally don’t care if it’s Lizzie Borden. Just don’t do it.

“But I’d call a man crazy!” you protest. Well, no, you probably wouldn’t. You might call him an a—hole, or a jerk, but crazy tends to be reserved just for us ladies, and is used (knowingly or not) to shame women into submission (thanks continued social stigma around mental health issues!).

“But my project manager / boss / assistant is crazy!” you argue.

Here’s the thing: 1) she’s almost certainly literally not, and 2) It’s very tiring when women express their emotions only to get dinged for them by men.

Harris O’Malley put it this way in The Washington Post:

““Crazy” is such a convenient word for men, perpetuating our sense of superiority. Men are logical; women are emotional. Emotion is the antithesis of logic. When women are too emotional, we say they are being irrational. Crazy. Wrong.

Women hear it all the time from men. “You’re overreacting,” we tell them. “Don’t worry about it so much, you’re over-thinking it.” “Don’t be so sensitive.” “Don’t be crazy.” It’s a form of gaslighting — telling women that their feelings are just wrong, that they don’t have the right to feel the way that they do. Minimizing somebody else’s feelings is a way of controlling them. If they no longer trust their own feelings and instincts, they come to rely on someone else to tell them how they’re supposed to feel.

Small wonder that abusers love to use this c-word. It’s a way of delegitimizing a woman’s authority over her own life.

Most men (#notallmen, #irony) aren’t abusers, but far too many of us reflexively call women crazy without thinking about it…When we talk about why we broke up with our exes, we say, “She got crazy,” and our guy friends nod sagely, as if that explains everything.

Except what we’re really saying is: “She was upset, and I didn’t want her to be…”

As soon as the “crazy” card is in play, women are put on the defensive. It derails the discussion from what she’s saying to how she’s saying it. We insist that someone can’t be emotional and rational at the same time, so she has to prove that she’s not being irrational. Anything she says to the contrary can just be used as evidence against her.

At work, ‘crazy’ often translates to ‘bossy’ or ‘bitch,’ terms that are both used only about women and have the function of delegitimizing the woman’s power even by those lower on the corporate totem pole. Just don’t do it.

There! That wasn’t so bad, was it? It’s up to all of us to  consider how our actions affect those around us—especially those who aren’t like us, and whose experiences are different from our own. Hopefully I’ve helped you see the murky waters women must navigate in the workplace, and how you—as a good guy!—can help un-muck them up. Learning how to act with women can feel intimidating, but it really isn’t.

Head to Twitter and tell us: What techniques have you developed to “check yourself” to make sure you know how to act at work with women in all your interactions?