Larami Serrano on What a Woman Wants

Larami Serrano on What a Woman Wants
On #relationshipgoals, kid style, and super strengths 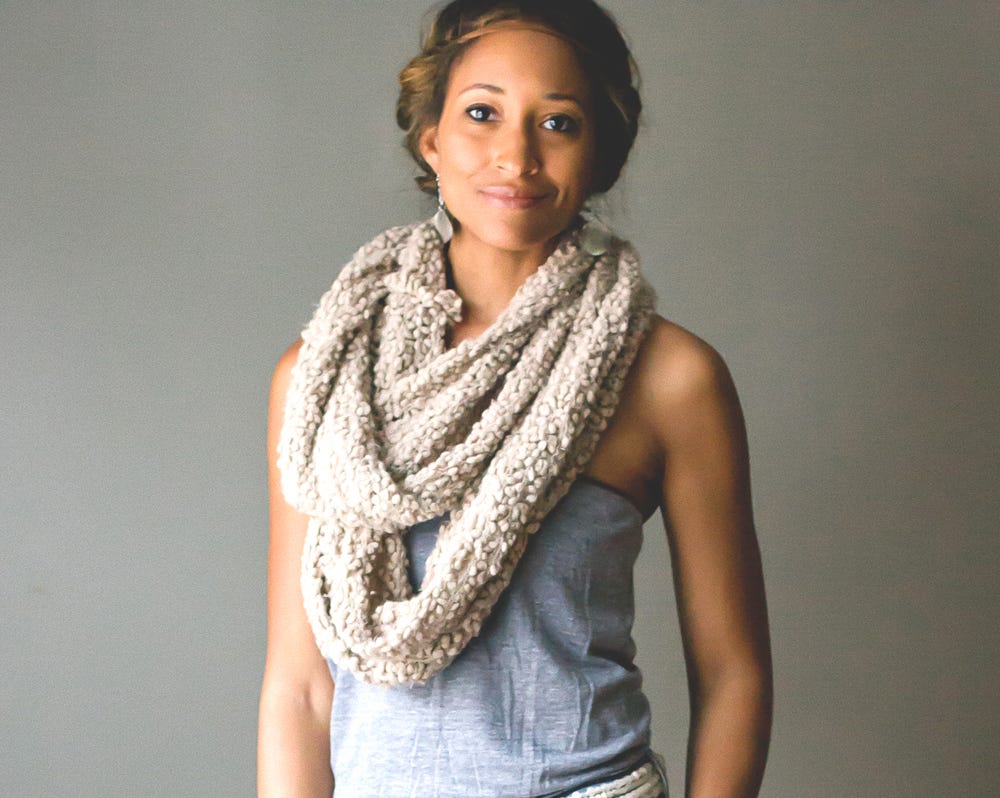 In my life, I can count on one hand the times I’ve fallen in love…not with a person, but with a couple. Friday Night Lights’ Eric and Tami Taylor, Michelle and Barack Obama, and Shea Serrano and his wife, Larami Serrano.

I’m not alone. Many fans of the Ringer staff writer are familiar with “Mrs. Bust It Open” thanks to her frequent appearances in his prolific Twitter feed. Even a casual follower will notice two things almost immediately: 1) the New York Times bestselling author is head over heels in love with his wife, and 2) she seems like a total badass.

So I reached out to the Houston-based photographer and mother to boy A, B, and the Baby to get her take on kid style, how to take a good Tinder pic, and achieving peak #relationshipgoals.

Read on as Larami Serrano shares what a woman wants:

You’re raising three – very adorable – boys. What do you want them to know about how to treat women?

I also want to make sure they understand that while our household is pretty traditional in the sense that my husband is the “breadwinner” (I hate that term) and I’m the “homemaker” (I hate that one even more), this arrangement doesn’t work for everyone. I want them to know that this was the path we chose as a team and it just so happened to be a really good fit for us. I never want them to expect this same arrangement should they choose a wife. It’s one of the reasons I’ll likely return to full time work after my youngest starts kindergarten. I need for them to see that mama can win bread, too.

You just sent your youngest off to his first day of school. Do the kids dress themselves at this point? Do you get any say in the matter? Do you want any?

I let all three have a say in what they wear starting around age 3. The older two have total control over what they wear at age 9 and there are definitely times I have to clench my teeth to keep from screaming THAT IS LITERALLY THE UGLIEST THING I’VE EVER SEEN.

But I remember growing up wearing clothes that my mother picked that were always beautiful, but never reflective of the personality I was developing. I didn’t have the heart to tell her until I was an adult.

The youngest is just getting his feet wet since he started preschool this week. The first shirt he picked was a Daniel Tiger tee. I saw another kids eyeing it so I just grabbed it really fast without reading it. Turns out it’s a picture of Daniel Tiger standing in a hip-hoppy stance with the words Coolest Kid in the Hood sprawled across it. Yuck.

So to answer the questions, yes, they dress themselves. Yes, I could have a say in it because I birthed them. But nah, I don’t want it. 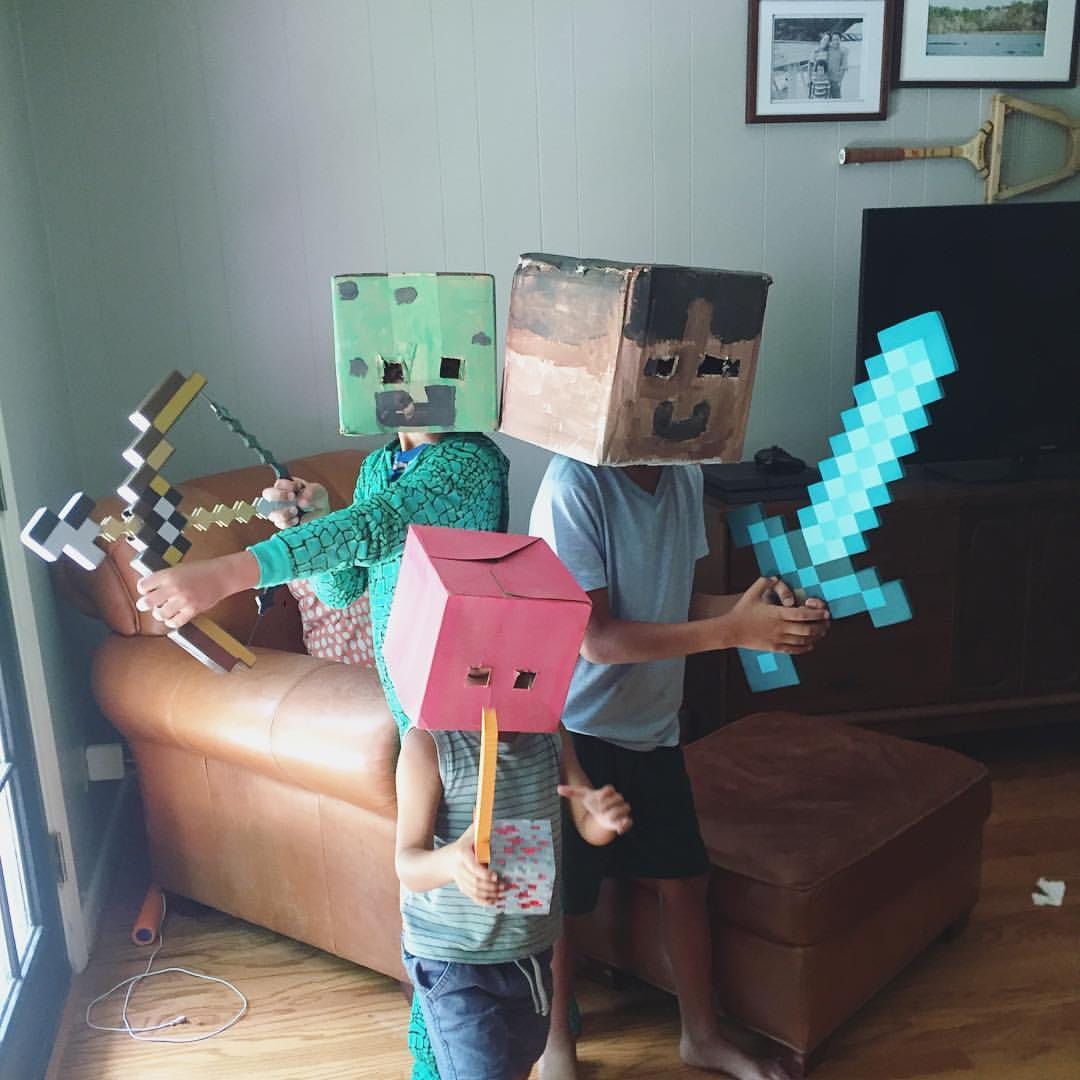 Your husband shares a lot about both you and your family. Like ‘describing your Valentine’s Day date to go see Fifty Shades of Grey’ a lot.

How comfortable are you with being the Amal to Shea’s Clooney? Have you found a balance between sharing your home life on social media and keeping other aspects private? And most importantly, do you have a blanket veto on pics you don’t like of yourself?

But yeah, “Do NOT put that on Twitter” is a phrase that gets tossed around our home almost daily. It’s usually an embarrassing moment I realize he’s secretly recorded or a tactless statement I made. The last one I can remember was a video he’d taken of me trying to teach myself how to twerk.

For a while I was vetoing all photos of the boys in their underwear, but I just realized I stopped policing that. I try not to make too much of a fuss about photos he posts of me. Otherwise, I’d veto every single one of them (except this one he took in Mexico the other day that somehow caught all the good and none of the bad and I was all now THAT’s a photo you can post on Twitter).

Honestly, the fact that he’s proud to take and share photos of me, even the ones where I think I look like a sea monster, is pretty endearing.

Answering a Redditor’s question about how he landed such a “prime goddess,” Shea said, “The trick is to…every couple minutes say, ‘You still like me, right?’ just keep doing that over and over and over again. It’ll work. Trust me.” How DID he win you over? Inquiring minds want to know.

Haha! There was no winning me over. I noticed him long before he knew I existed. We were freshmen in college and I saw him and a group of friends leaving the dining hall as I was entering with my friends. The moment I saw him I was completely smitten and then terribly sad because I knew I’d never approach him. I’d just had my heart broken by my first and only other boyfriend so I was all kinds of angsty and reclusive.

Some weeks later while sitting in a sociology class, someone tapped my shoulder, gave me a note and said it was from the guy in the yellow shirt. A few minutes later he walked out of the classroom (I guess he had other stuff to do?) and I realized it was him. I’m pretty sure I let out a tiny squeal.

He left his number in the note. I called him and sixteen years later here we are.

How do you retain your independence – your YOUness – while also being a devoted mother and wife?

I’m still working on that one. During my pregnancy with the twins, I ended up having to leave my job as a junior high teacher for a 4-month bed rest sentence. We got married during that time as well. So within six months, I went from being an independent, engaged, employed woman to a married, unemployed housewife and mother of two. Not the plan.

But at the time, the cost of daycare for infant twins was nearly as much as my salary as a teacher so we decided I’d stay home. I wouldn’t have done it any other way, but there were some really dark days.

When the boys were about 2.5, I was feeling completely stripped of my identity outside of my own home. I had taken a few photography courses in college before things were digital, so I decided to revisit that. My family bought me a dSLR, a Canon Rebel, and during naps and until the early hours of the morning I taught myself digital photography and photo editing and I slowly started to remember that I was actually a real person with real interests and talents beyond caring for others.

Now that I have a few hours a week to myself I plan to revisit my old interests (style blogging, ballet, woodworking, sewing). It’s only been a week and I already feel brand new.

My relationships with other moms have also been instrumental in maintaining my identity and sanity. It’s really nice to be around humans who don’t have a penis every now and then.

being married to a photographer is dope cuz you get cool pictures of your kids for free pic.twitter.com/y5UJ42SAXp

As a photographer, what advice can you share for a guy who needs a great headshot – whether he’s using it for LinkedIn or for Tinder?

Always choose natural light. It’s far more flattering and forgiving than artificial. Find a window and place yourself in front of it or even angle yourself slightly away from it for a more dramatic effect.

You talked on your site’s blog about having abdominoplasty surgery after carrying twins. What made you decide to share that experience?

You know those people whose response to a compliment about their skirt is never just “Thank you.” They have to tell you it was $3 or that they’ve had it for 18 years or it was Goodwill find? I’m one of those.

I didn’t think I’d ever be able to accept a compliment about my suddenly flat and wrinkle-less belly and not follow up with the truth about how it got that way. I knew the moment I decided to go through with the operation that I would share the entire experience on my blog, but I didn’t expect it to be as terrifying as it was.

I also didn’t expect such a warm response from so many people. Apparently it hit home for a lot of women. I discussed how long I struggled with feeling vain and selfish about opting to do a full abdominoplasty instead of fixing only the medically necessary issues (two hernias and diastasis recti).

Eventually I embraced the fact that even if this were solely for vanity’s sake, that was okay. And I guess that was my goal in sharing this experience – not to normalize cosmetic surgery, but to normalize a woman’s right to choose how she cares for her body and her mind. 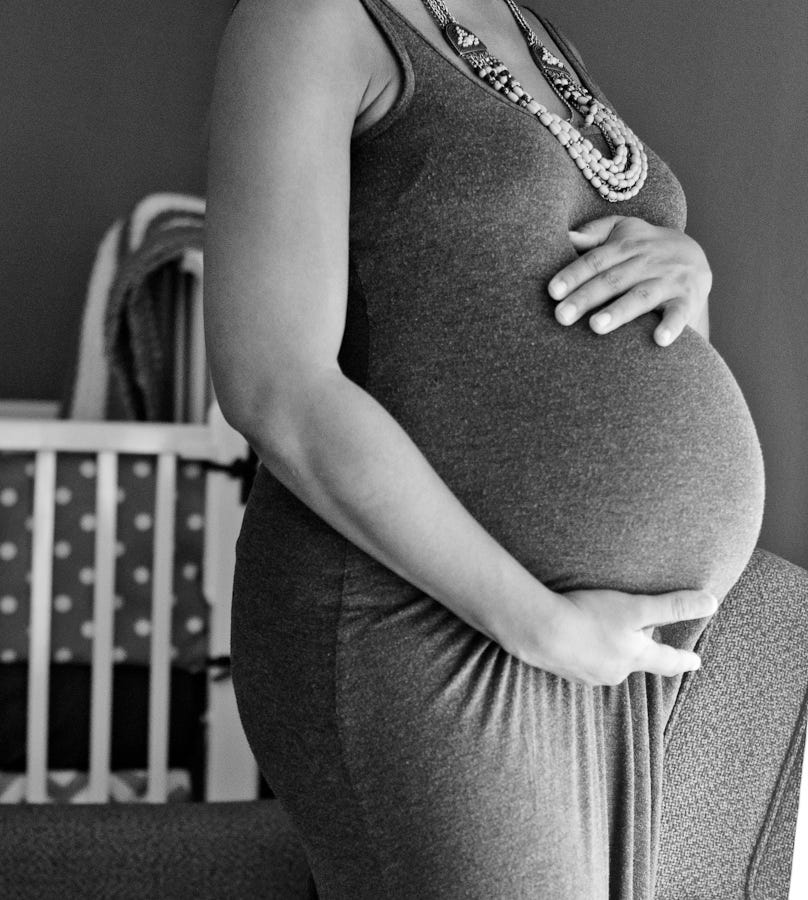 What’s one thing you wish more men understood about women?

I wish men truly understood how much more is expected of us and how ridiculous some of those expectations can be.

How can you relay style feedback…diplomatically…to your partner?

Ok, really I just laugh. We both do. I mean, he knows when what he’s wearing is ridiculous and so do I. It doesn’t happen often but when it does, there’s no diplomacy. Just laughs.

In the past few years, our “style” priorities have shifted away from what’s cool and closer to what’s functional and comfortable enough to accidentally fall asleep in. We used to be cute, though.

Shea has called you his “favorite superhero”…what are your super strengths as a parent? As a spouse?

He’s sweet. I would say my super strengths for both parenthood and marriage are a hefty amount of patience and an unreasonable eagerness to make everyone around me is as comfortable as they can possibly be at all times.

she built the baby a mobile sandbox from scratch and now she’s playing with him in it she is my favorite superhero pic.twitter.com/X2Sb9ccQLr

Fitted tee and khakis with sneakers that I’d wear on my own feet.

His only grooming product is antiperspirant but yeah, I’ve used it.

Beauty product your husband’s stolen from you

African black soap. He couldn’t find any other soap.

Bruce Willis on Moonlighting. I think I was 8.

Jason Street, but I still want to adopt Matt Saracen.

HOW DO YOU RETAIN YOUR YOUNESS IN RELATIONSHIPS/WORK/FAMILY?