How to Approach a Woman in Public

How to Approach a Woman in Public
Or: Men are Trash (but So Am I?) 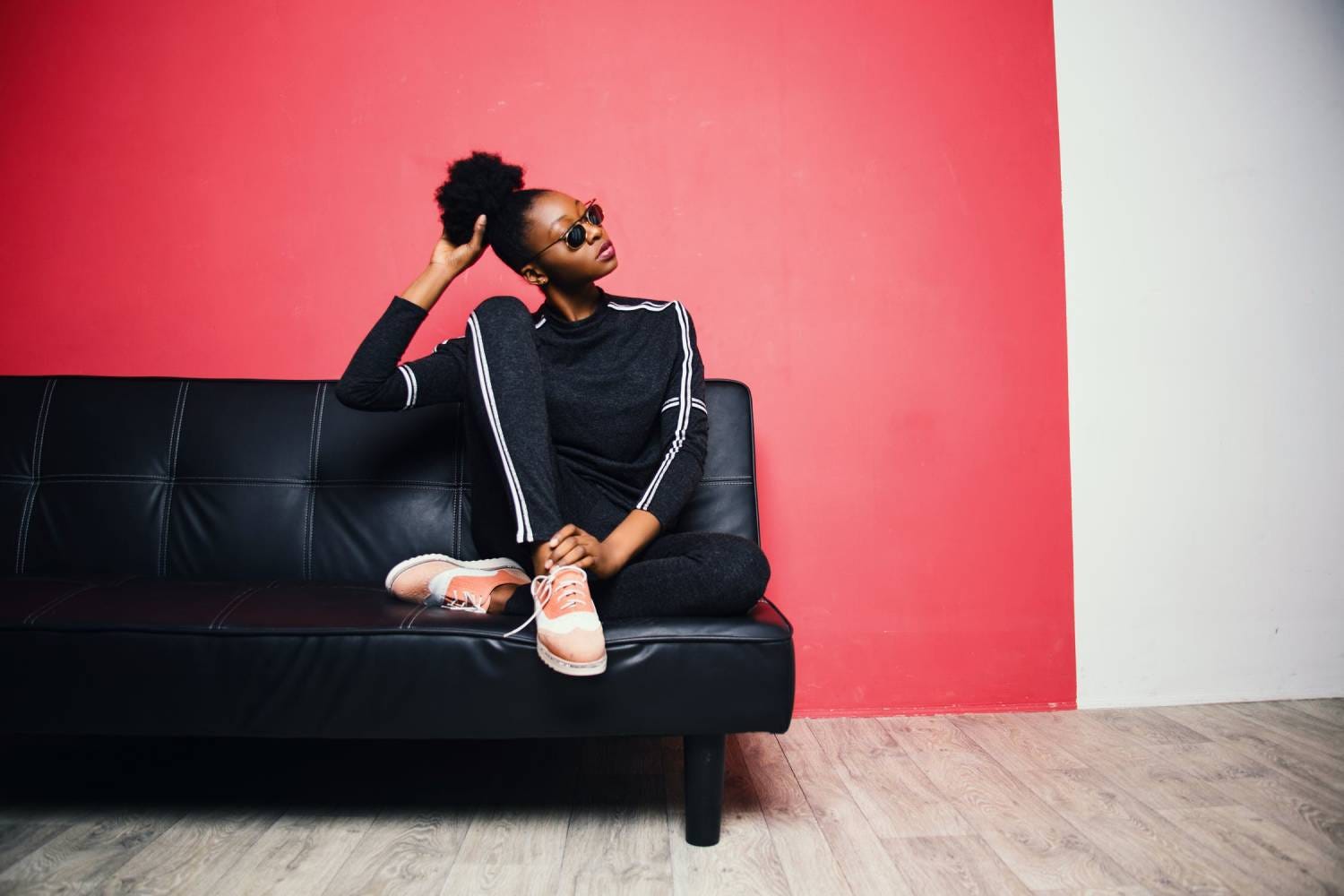 Yesterday, a man I sat down next to at Starbucks tried to talk to me. It was 10 in the morning and I didn’t want to talk. I had come to work, as evidenced by the laptop I promptly pulled out of my bag and the headphones I was wearing to drown out the din.

Even if he’d been Brad Pitt’s doppelgänger (my imagination doesn’t stretch so far as to believe the real-life Pitt hangs out in Starbucks too often), I hadn’t come to mingle. But I’ll admit: his whole vibe—an Ed Harris in Stepmom crossed with Keith Richards eccentric (so many rings!), surrounded by a disturbing amount of stuff—put me off.

Before he even spoke, he read to me as “guy who thinks this is his Starbucks.”

Of course, I didn’t owe him anything.

We were at a coffee shop chain on a Thursday morning and I sat in an empty seat that just happened to be positioned next to the one he was occupying.

I did my best to render myself invisible, despite a proximity so close our elbows nearly glanced off one another when I sat down.

After making a show of granting me the chair and clearing space for my things, he started lobbing questions my way. What was my name? What was I doing there? After a few cursory replies, I said, “I’m sorry. I’m really busy and need to get some work done. Thanks.” And replaced the earbuds I’d removed to hear him.

As I hit play on Spotify, I heard him say in a sarcastic tone, “Wow, sorry for bothering you,” over Cardi B warning to “Be careful with me.”

He even looked around at the other patrons when he said it, as if he was dragging me for the benefit of an audience. I half-expected to hear a ‘90s sitcom laugh track kick in. Women be shoppin’, right fellas??

This guy had definite dragon energy, I guess is what I’m trying to say.

I found myself really conflicted after the encounter and jumped on Instagram Stories to point out what I think should be obvious to most men when it comes to approaching women, but you know how I feel about the word should.

So for anyone who needs a primer, here’s how to approach a woman in public:

There are signs to when a woman is open to welcoming a stranger into her space. When she wants to talk, she’ll do (or not do) a few things. They are, in no particular order:

Here’s what she doesn’t do:

She doesn’t put her headphones back in after answering your question with a short, 1-2 word answer. In fact, a sign she might be interested in a conversation with a stranger starts with her not wearing headphones at all. This may surprise some folks out there, but people—men and women alike!—generally wear headphones to shut the world out, not invite it in.

If you’re getting ‘talk to me’ vibes from a woman, great! Who knows, you could meet your future wife anywhere…in a grocery store aisle, on the street, and yes, in a coffee shop (though if you do get married, maybe tell people you met at a local shop and not a Starbucks? Which is super basic, sorry…).

If she’s not feeling the conversation, though, don’t push it.

Why? Because it’s important to…

2. Remember that women are conditioned to be polite

Women are socialized to be accommodating to the point of literally putting ourselves in danger. Don’t take advantage of this. When you approach a woman, ask yourself: does she look annoyed or (worse, obviously) fearful? If so, time to back up.

And look, I get it. Guys can wind up feeling like predators just for saying hello to a female stranger. I was in a mall over the holidays, and this guy who had made disconcertingly long eye contact with me when I’d first walked in suddenly appeared out of nowhere asking me my name, and I was so startled that I may have shrieked a little and walked away after stammering a non-committal reply.

He found me (again!) several minutes later and said, “I’m sorry. I didn’t mean to scare you.”

Ideally, approaching a woman results in some witty banter and her number stored in your phone. Net-neutral, you walk away shut down (maybe she has a boyfriend!) but ego intact. Net-negative, she’s afraid you’re out to physically harm her.

My point: If you’ve found yourself apologizing for scaring a woman you’ve approached, your technique could use some work.

That’s not all, though.

There’s one more important thing that’s just as important as opening lines and gauging chemistry. And that is:

3. Agree not to let the bad interactions make us bitter

It would be easy for men and women alike to come away from these swing-and-a-miss meet cute’s and feel…not just dejected, but bitter and angry.

Guys, maybe you’ve been turned down by one woman (or ten! or twenty!). That sucks, right?! But it’s awesome that you’re “out there,” so try your best not to avoid a mental slide into a, “Women are bitches who only care about [money/looks/height/whatever]” attitude.

Women are not a monolith, and just because one turned you down (or again, ten…or twenty), doesn’t mean the next one will. In the meantime, take a step back and consider the way you’re approaching women, which might need some tweaking.

For women, I speak for myself and many friends when I say, it gets really hard not to come away from encounters like the one I had with overly-accessorized Starbucks man feeling like “Men are trash, why do I bother?”

Before you count yourself out of this conversation (“I’ve never compelled a woman to physically leave a Starbucks location, I’m golden!”), I’ve gotta tell you it’s not just the overtly bad guys that give guys a bad name. After posting my diatribe on Instagram, I received a flood of messages basically being like, “Screw that guy. He sounds like a jerk.”

And yeah, he was. But also…so are you, probably?

Not all the time, and not in “big” ways—I’ve never shot a man in Reno just to watch him die, or…I don’t know, instituted a travel ban against a country’s religious minority—but that doesn’t make me free from blame.

When it comes to the way we move through the world, we all need to remember:

Always Be Checking (Your Privilege)

You’re probably not a shitty Harvey Weinstein villain all of the time…but are you a little shitty, some of the time? Yeah, me too.

I fall prey to familiarity bias. Sometimes I pretend I’m on the phone when leaving my apartment so I don’t have to talk to my doorman. I’ve lost touch with all of my college roommates. I bring my bad energy into a room when I’m upset and this year I let it ruin my family’s Christmas, which was a supremely shitty thing to do.

My point is: We are all trash in ways large and small, so don’t sprain your hand patting yourself on the back when you discover other men out there have acted badly in a bigger way.

And again, hopefully the ways you are a human dumpster fire are small and only infrequently ablaze, since you’re a Style Girlfriend reader and I like to imagine most of our followers are mostly good.

That is to say, we’re all problematic in our own special ways.

So let’s agree to aim for self-awareness. It’s so easy to let embarrassment over interactions with the opposite sex gone awry turn you inwards. To let hurt to make you bitter. To become blind to our own responsibility in how we show up in the world.

Rumi wrote, “The wound is the place where the light enters you.” Wouldn’t it be amazing if our emotional cuts and bruises made us more empathetic, not less?

How can you focus on being a better guy to the women you meet moving forward? Here’s a few ideas: Be a good co-worker by checking yourself on if you’re talking over women in meetings. In a relationship? Ask yourself if you need more praise for doing the same work your partner or spouse does.

And if you’re single, keep approaching women! Please. Just do it keeping all of the above in mind.

So no, you don’t get to be mad when a woman turns you down.

At a coffee shop.

Anywhere at all, really.

With headphones in. With a short dress on. At the bottom of a bottle of wine.

Does it suck to be rejected? Sure. And does it suck when you simply hold a door open for a woman and she says, “I can open the door myself” and you’re all “Geez, well I’m never doing that again.” Absolutely! Men can be jerks. Women can be bitches.

All the more reason to push yourself to stay kind. To stay open. And also to question your intentions and interrogate your actions. Pobody’s nerfect, amirite?