How to Deal with Feeling Emasculated | Style Girlfriend
Skip to content

How to Deal with Feeling Emasculated

How to Deal with Feeling Emasculated
Let's talk about it 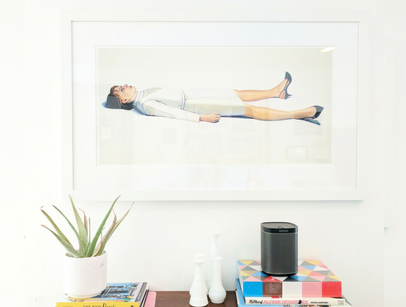 The other night, I met up with a friend to watch game 7 of the Rockets vs. the Warriors (so sorry, Rockets..you had a good run. James Harden, your epic eye roll will forever be my favorite FOH gif).

In passing, he mentioned his wife (it was fine, I saw the ring, I wasn’t trying to hit itand her job. Tom bragged to me about how successful she was in her field of…let’s call it dentistry.

Naturally, I was very impressed and asked where she kept her Dentist awards.

“On her desk, in our home office. It’s really…”

Guys, if your wife’s success makes you feel like less of a man—Do not stop. Do not pass go. Do not collect $200. Instead, head for the nearest therapist’s office, fast. Because a partner’s success threatening your (definition of) masculinity can kill a relationship quick.

To be clear, Tom was a super-nice guy! Well-dressed, well-spoken, funny – probably a lot like plenty of you reading right now. He was a friend of my good friend, who clearly has good taste in friends because he is friends with ME. And when I questioned his word choice, he rushed to amend his response. “Well, right, I just meant…”

Tom’s first reaction to talking about his wife’s perceived pole vault over his own professional ambitions left me worrying about how evolved “modern” men really are when it comes to the women in their lives.

This gap between where we want to say we are and where we really are should come as no surprise. A recent study of more than a thousand men across the country by GQ and Glamour found that over half had never heard of the #MeToo movement, or knew so little about it that they couldn’t explain what it was, while a whopping 84% worried that about the damage that accusations of sexual misconduct could do to men’s reputations. Oh boy.

Of course, the definition of what makes a man modern extends beyond his attitude towards women.

I’ll give you an example, as I seem to be bumping up against all kinds of less-than-evolved behavior recently for some reason.

My point? Collectively, none of us are as far along on our slow march to enlightenment as we think we are, and we all would do well to break our habit of looking in the mirror and telling ourselves, “I’m not like the other guys who are bad guys. I’m a good guy. I’m a modern man.”

Because you probably are? But also, you could probably also be better?

We have been talking about why men feel intimidated by strong, smart, successful women for as long as women have been working (and really, even before that), and it doesn’t seem to have gotten us all that far. And truth be told, I’m less and less interested in the interior lives of men than in their actions. At some point, you have to say to yourself, I’m fucked up, and there’s plenty of perfectly valid reasons for that, and I can continue to delve into those reasons. In the meantime, though, I’m going to act differently.

You decide to act better, while continuing to process those emotions and uncover those biases you might not even know you had, ugly beliefs and fears hiding under a leaky tarp in the back of your brain.

For anyone who’s felt emasculated by the success of a woman in his life, be it his wife, his girlfriend, his sister, or co-worker who got a promotion over him, today, just think about why a woman’s success makes you feel like less of a man.

I mean it. Really examine that. Because I don’t have the answer for you. Apart from to say that men have historically been expected to be the breadwinners in nuclear families, so to have that role subsumed in some way can make you reevaluate your own purpose and contribution to society, to your family, etc. And to that, I say, see above —i.e., deal with it emotionally while outwardly and actively supporting women.

Just like racism wasn’t eradicated with the end of slavery (ahem, sup Roseanne), women’s entrance into the workforce literal decades ago has not yet stopped well-educated, seemingly modern men like my ‘emasculated’ new friend from feeling somehow threatened by the success of women. Even women they love and want to see do well. And that’s, well, pretty fucked up.

Like I said, I don’t have a solution. I just wanted to talk about it.

WHAT DOES FEELING EMASCULATED MEAN TO YOU?