How Three Couples Split Up Emotional Labor at Home

How Three Couples Split Up Emotional Labor at Home
Do you know who does what (and how they feel about it)? 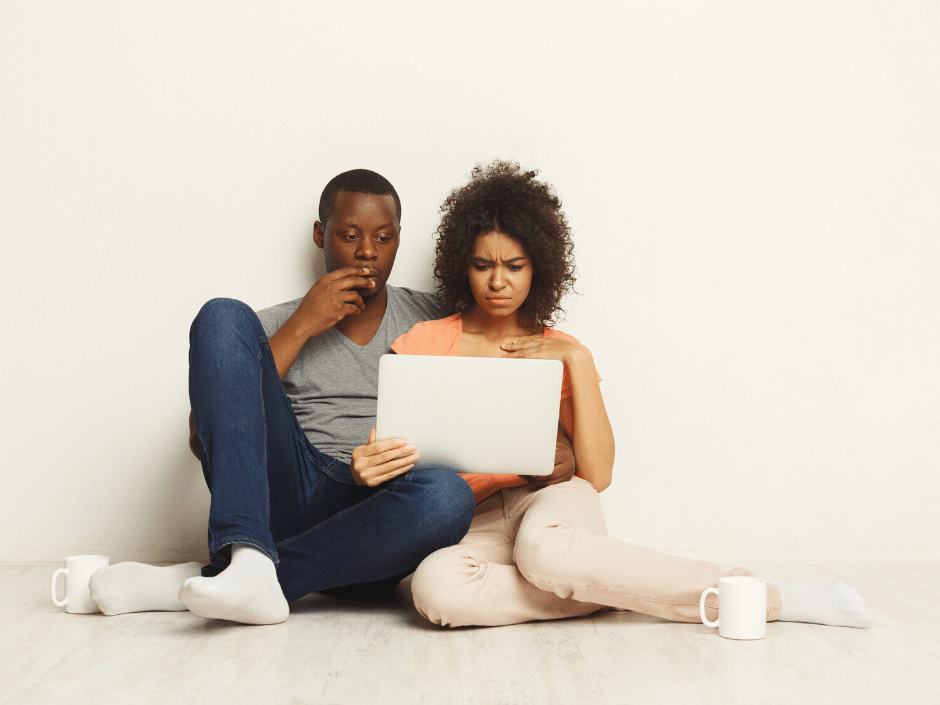 There’s an episode in How I Met Your Mother when Ted, Robin, Marshall, and Lily all discover they’ve been using the same toothbrush. For years.

This, to me, is the perfect example of what happens when the work of emotional labor breaks down. Everyone winds up using the same toothbrush and nobody’s happy.

Emotional labor is the invisible, unpaid work that goes into making life at home run. Scheduling dinner with your favorite friend couple. Organizing your kid’s birthday party. Arranging for someone to be home when the plumber is coming between ten and two. Replacing toothbrushes.

All the stuff Gwyneth Paltrow pays a “house manager” to do, that us plebes have to do ourselves.

The concept of emotional labor hit the zeitgeist a couple years ago with Gemma Hartley’s book on the subject (though it was first coined way back in 1983). Women embraced the conversation, turning to their partners and holding up the stories like one of those markers that make invisible ink visible. This! This is what I do. Now do you see?

Guys, on the other hand, to this day don’t seem to understand the importance of emotional labor, or don’t want to. Maybe both? While I hear guys talk about the housework they tackle, I can’t name a time a guy friend told me about the wedding centerpiece he DIY’d after finding a how-to on Pinterest.

And look, no one’s at fault for learning to perform their gender! Women and men grow up with different expectations around what it means to take care of your family. But things only change when we talk about them. Sunlight is the best disinfectant, etc etc.

:: daintily steps down from soapbox ::

So! SG talked to three pairs of cohabiting adults (not all couples…you’ll see) and asked them to discuss how they split up emotional labor at home.

To be clear, there’s no right or wrong answers here. We’re simply interested in making the invisible visible.

Because, maybe, you haven’t thought about how often the soap in the bathroom soap dispenser in your home gets filled. And, maybe, if you do, you’ll discover it’s a magical, everlasting gobstopper of a soap dispenser that never runs out of soap. Or, maybe, you’ll realize someone else has been filling it when it gets empty all this time. Who’s to say for sure?

These pairs have, by all accounts, healthy loving partnerships, and they all split up emotional labor at home differently! Read them, then have a chat with your partner and see how they feel about your division of emotional work at home.

Below, three couples on how they divvy up emotional labor:

Hilliary and Michael, dating 4 years, living together 2 years (and just got engaged in December!)

Hilliary: I would say we’re *fairly* even on dividing up our emotional labor and do a lot of it together. We mostly go grocery shopping together and try to set aside time to clean and organize on the weekends but we try to take turns when possible, if I cook then he cleans.

What do you think?

Michael: I just go along with whatever you want. We do sometimes make a game out of it, when playing a game, like shuffle ball at a bar, we make bets such as, whoever wins gets 5 “vetos” for doing dishes.

The one thing the other never wants to do is take Millie, our fur-child, on the late-night walk right before going to bed. It’s dark, usually cold and you have to drag her to go, too.

Hilliary: Michael usually steps up and takes this one, though!

When it comes to making plans, Michael is known for saying “I have an idea..” which usually leads to a fun day trip or a restaurant to try that week.

When traveling we divide up the parts to plan, we both enjoy planning and researching especially travel. For example on our most recent trip to Asia, he planned most of our time in the Philippines, while I organized Vietnam.

Michael: The one “rule” we have is that when making plans for things to do, you must send the other a google calendar invite so that the other doesn’t overbook.

We do the same with travel since we both travel for work. That way, we can plan around it.

Katie: It’s so interesting, because this would be such a different conversation if it was when I was still working full-time before Eva was born. But now, the way we divide and conquer emotional labor is pretty traditional.

Six months ago, you called me the CEO of the house, and that’s how we do things now.

Jared: Yes, you’re the decision maker. You’re in charge of all operations. You delegate to me where needed.

Katie: It helps because we both have business backgrounds, and so knowing that I’m the one with CEO privileges in this space clarifies the org chart, if you will.

So with a lot of stuff, I take the reins and then delegate. Groceries, for instance. 90% of the time, I’m going by myself, and the other 10% we’ll go as a family.

Jared: And I’ll take the kids when you go by yourself, or for the big Costco runs. And you take care of pretty much everything with the kids as well. Planning birthday parties, organizing things for school. anything house-related/family Katie is in charge of.

And then I’m in charge of things like keeping certain parts of the house, like the garage, or the yard, clean. Blue collar things. Fixing stuff.

Katie: You do all the finances.

Jared: All the taxes. I give her a jab about spending once in awhile, but that’s part of it. That’s just operating a household with two kids. She doesn’t need to be dealing with that. I never believed in separate accounts. It’s just too complicated, especially with kids.

And I work in finance, so it’s not a gender thing. It’s literally just easier for me.

Jared: I grill, and I cook Thanksgiving and Christmas dinner.

Taylor and Frank, friends and roommates for 1 year

Taylor: Well, we’re not technically a couple, since we both like guys.

But every time we go anywhere together, people think we’re together. And we’ve been sharing a two-bedroom in the East Village for a little over a year now, so we’re practically approaching common law marriage.

Frank: I moved here for work and only knew Taylor through a mutual friend. I’d say we both really lucked out because we’re really compatible,

Taylor: We’re both very laid back in terms of, “Oh hey, we’re out of paper towels. Will you pick some up on your way home?” Like, no one’s keeping score on that.

Frank: Where I’d say we really shine in terms of sharing emotional labor is throwing parties. We’re both extroverts and love to bring people together, so we’ve had dinner parties, theme parties, birthday parties…like, you name it.

Taylor: We’ll settle on food, drinks, decorations ahead of time and just sort of divvy the tasks up. Frank usually does the cooking, and I’ll come up with a signature cocktail.

And then we’re both pretty cognizant of, y’know, introducing people who may not know each other. Circulating and making sure people are enjoying themselves, that everyone has the drinks they need.

And then the next day, we put on music and clean up. I’ve never had to bug him to help.

Want more from Team SG on dating and relationships? Check out how to ace the apps, how to boost your confidence, and what to say on a first date.