How To: Introduce Your Date to Your Friends - Style Girlfriend
Skip to content

How To: Introduce Your Date to Your Friends

How To: Introduce Your Date to Your Friends
When you *want* to get her in the friend zone 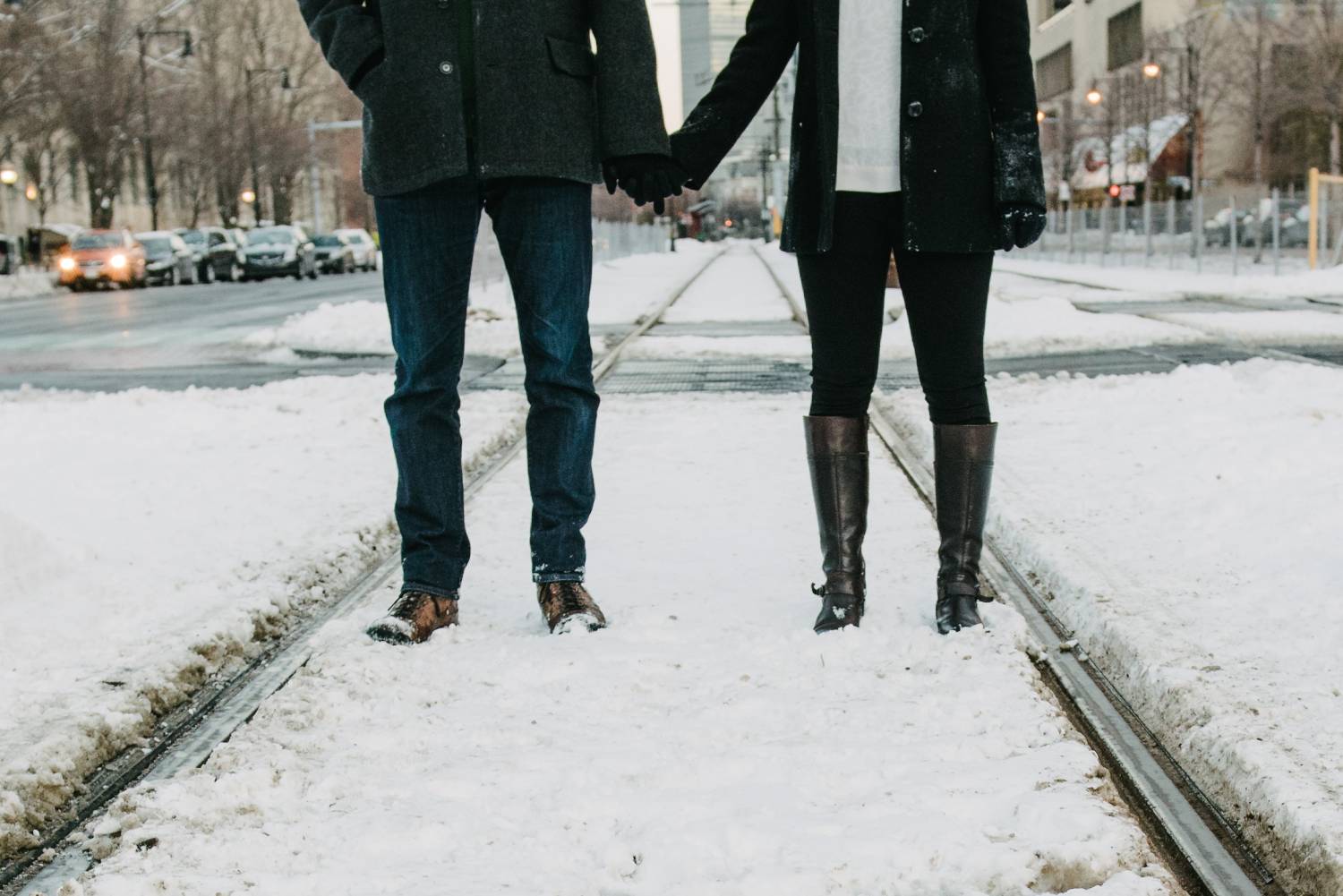 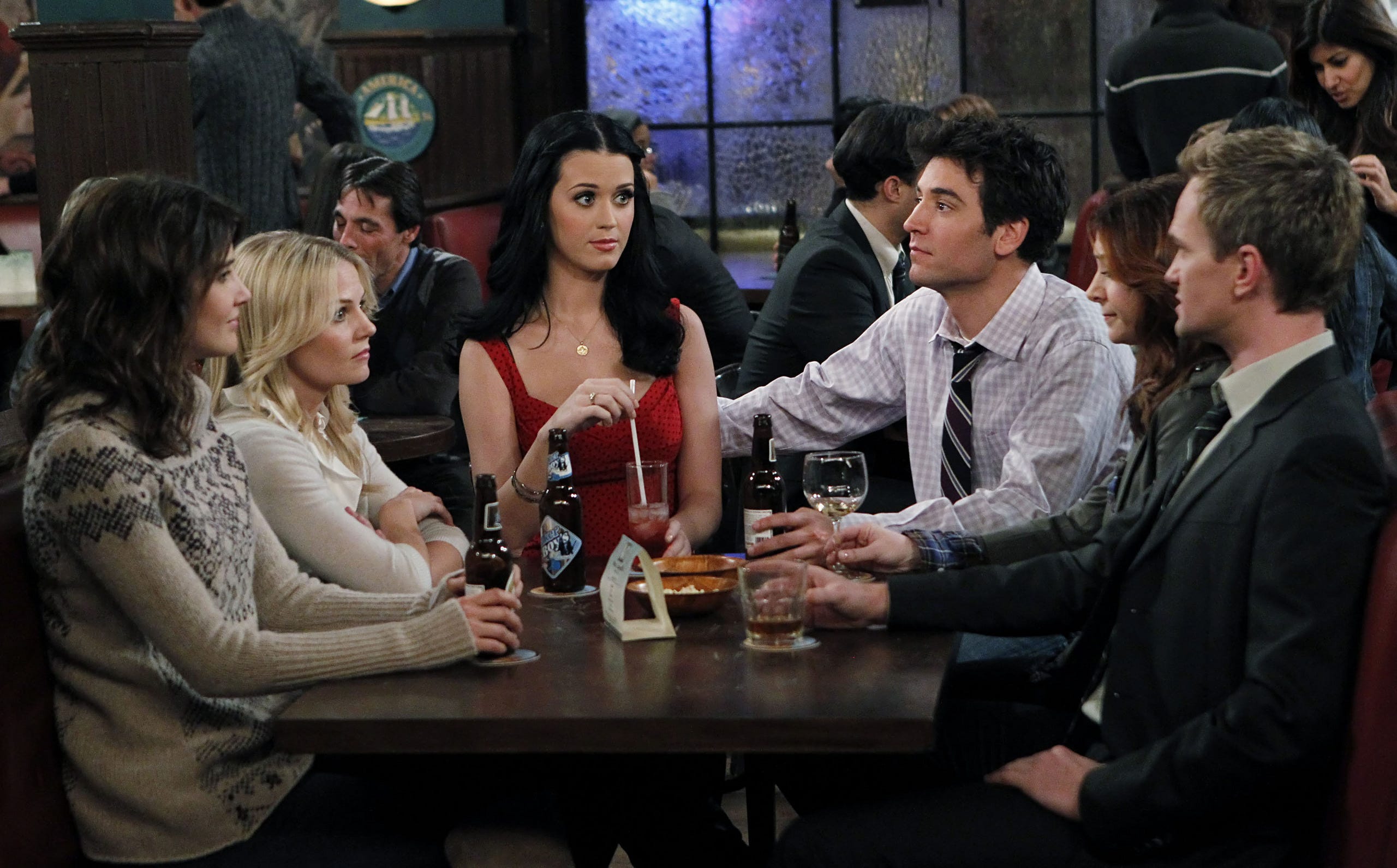 When it comes to TV show relationships, I’ve always found it bonkers how quickly the characters introduce their love interests to the rest of their respective gangs. Take How I Met Your Mother. Almost every one of Ted’s dates on HIMYM ends with him and his new lady at the bar with the gang. Because it’s TV, hilarity generally ensues.

But should you follow Teddy Westside’s lead? When exactly is the right time to introduce your new flame to your friends? And what’s the best way to do it?

The short answer is: whenever and however feels right for you, but women are strange creatures and short answers don’t often do us justice. All women are different, and while one may warrant an intro after the second date because you are head over heels for her (or maybe simply because you already made plans to watch the game with your buddies but want to eat nachos with her, too), another might not slide into your buddies’ IRL DM’s until after a few months of dating.

A good guy friend of mine told me it’s really important that his dates meet his friends because he “finds girls much more attractive” when his friends like them. And that for him, it’s a “major red flag if the friends are ‘meh’ about her.”

I get it – it’s a big deal that your crew likes the person turning you into one of those emojis whose eyes are made of hearts (and that she likes them, too).

Below, how to introduce your date to your friends:

Get the lowdown on dating from the female POV 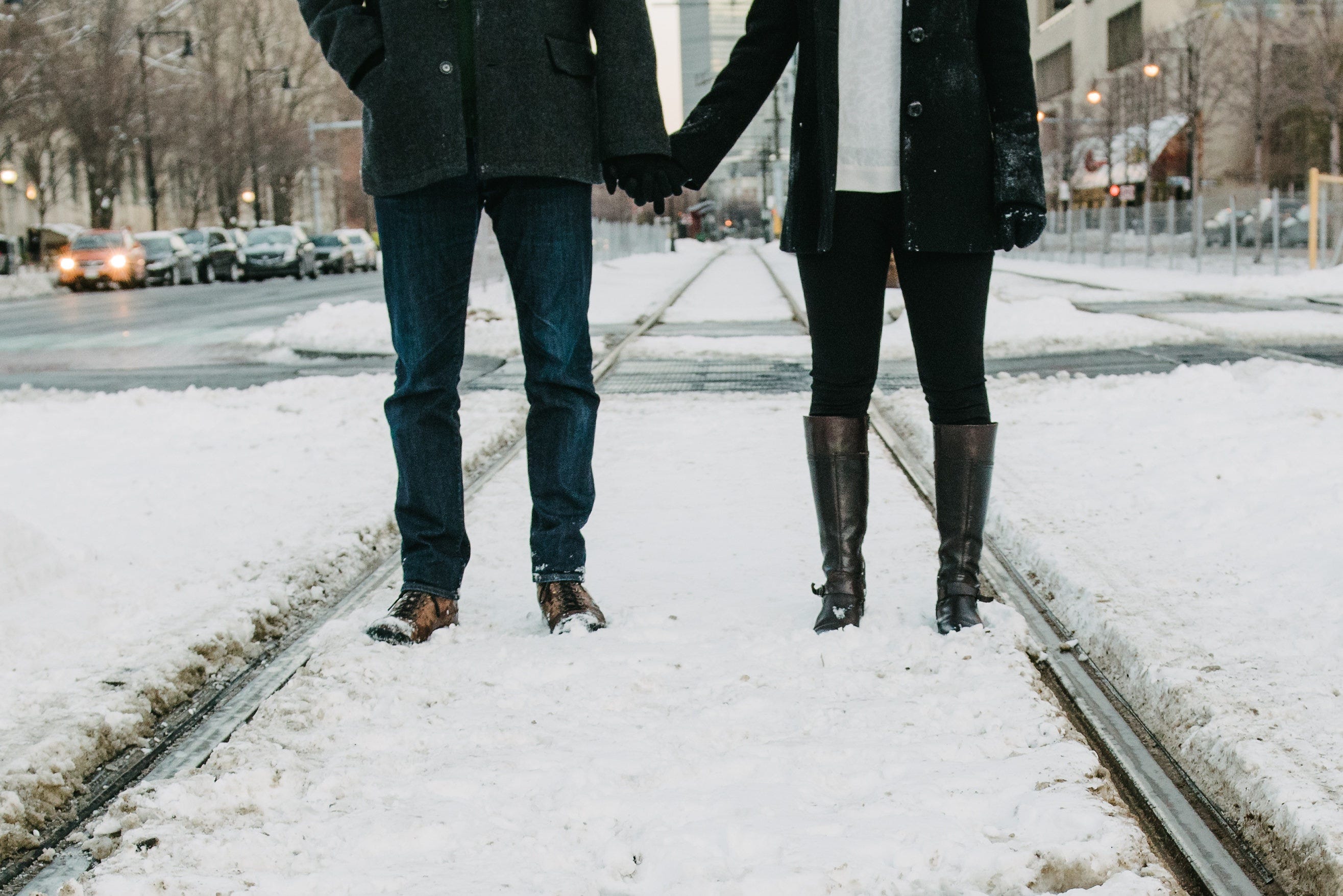 Make Sure She’s Ready for This Jelly

Some women are fine being thrown into the deep end when it comes to meeting new people – I know folks who could make friends with a brick wall, that’s how social and friendly they are – and others need to be introduced a few at a time. Make sure you know your new flame’s comfort zone here.

Recently, my friend Tony sent a group text inviting our gang to meet up for drinks with him and a girl he’d been out with a couple times. He’d told his lady friend that some of his friends were coming to meet the two of them. What he didn’t tell her is that our group of friends is very loud, at times a little vulgar, and we talk very, very fast. It’s a lot to walk into as an outsider, especially because she was a few years younger than us.

The result? She was completely overwhelmed and clammed up, even when we tried to engage her in conversation. She left pretty quickly thereafter, clearly uncomfortable and more shy than the rest of us. They didn’t see each other anymore after that.

Friend Zone takeaway: Provide CV’s prior to the meet-up. I’m not talking, full-on resumes, but  at least some talking points for both sides. Whenever I’m about to introduce a guy to my group, I give a quick rundown: Rosa’s in med school and I used to dance with her, Abby is my best friend from home and is based in D.C., Lily does TFA and was my college roommate. These tidbits can then easily become conversation “So Rosa, Lizzie tells me you used to dance together.” Boom. Convo started.

You want her to be able to hang with your #squad, so arm her (and them) with the sparkling conversation starters needed to make it all go smoothly.

I was seeing a guy – let’s call him Tim – last winter. One night, we were both out with our respective friend groups and decided it would be the perfect time to join forces for the first time.

The bar was too loud, Tim’s friends were standing, mine were sitting, and neither group had any interest in moving. It devolved into us standing between them, me talking to his friends and then mine, Tim talking to mine and then his.

In retrospect, it would have been better if he had met my friends at one point, and I met his at another, and we combined them later on.

Friend Zone Takeaway: Conversation starters only work when both sides want to actually start a conversation. The way Tim and I tried to meld our groups was way too hectic to get the bonding going.

As a result, he couldn’t strike up a conversation between my friend and his friend over their shared love of Duke basketball, because he didn’t know my friend was a Blue Devils fan…yet. Yikes. 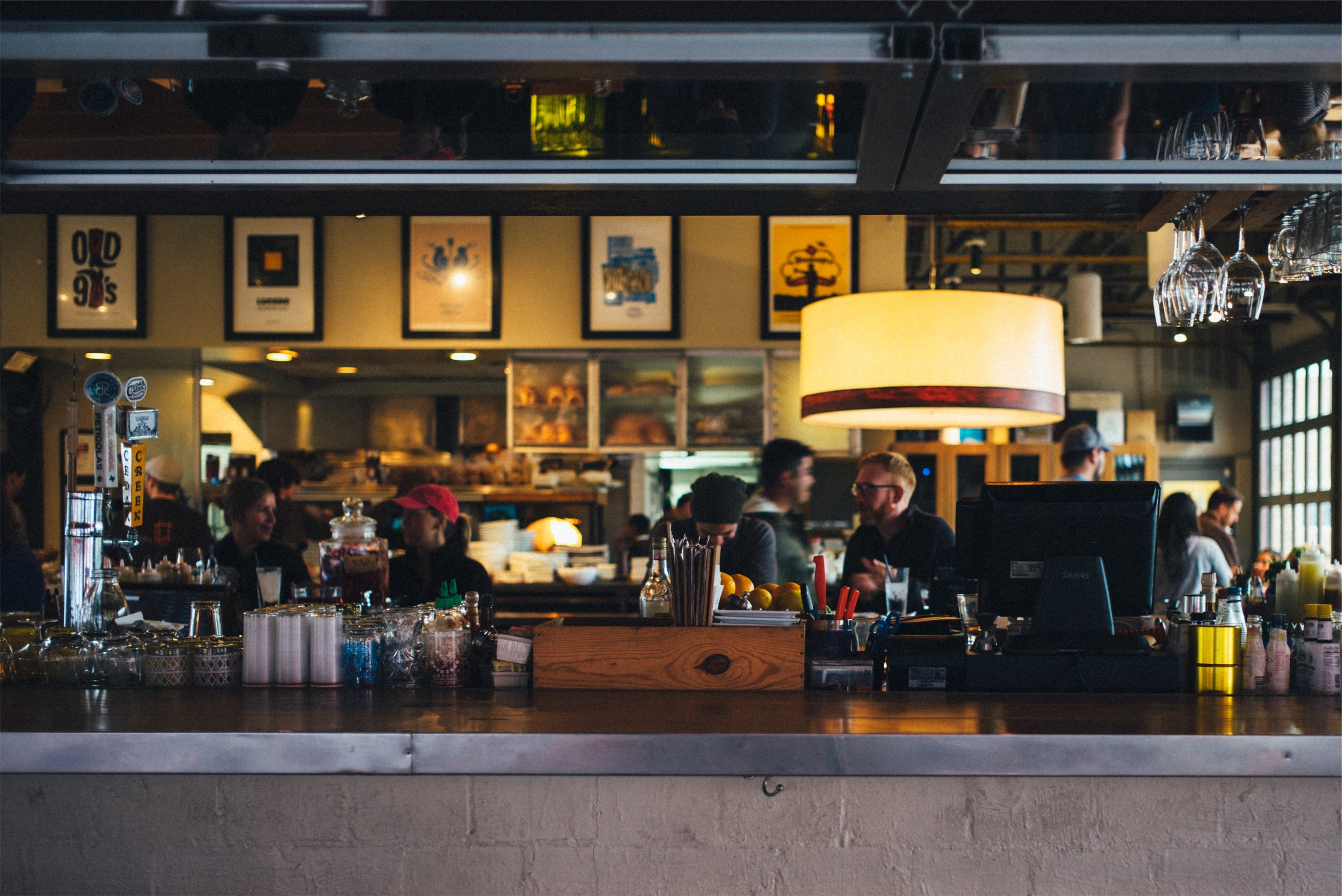 One guy I know introduced a girl he was dating to his closest friends this past fall by organizing an intimate dinner for all of them. Not only did it tell his friends that this was a relationship he was taking seriously, but it also told his lady love it was important for her to get to know his friends in a real way. This kind of thoughtful move is huge with us ladies, guys – HUGE (said in a fake Donald Trump voice, obviously).

Friend Zone Takeaway: If you’re serious about a girl, be serious about how you introduce her to your pals. Especially if you’re a serial dater, a heads up to your buddies that, “Hey, this one’s different” helps a lot.

Consider this the converse of the rule above. One guy I was seeing for a couple months took me to a big dinner party hosted by his best friend. I had met most of the friends in attendance before individually, but it was still a high-stress situation as the newcomer. I brought wine and spent most of the night talking to the girlfriends of the other guys there. He ghosted on me a month later. What was the point of that? Why waste my time, and his friends’ time, if he wasn’t sure about me? Lame.

Another time, a friend of mine brought the girl he’d gone out with a couple times to his Fourth of July BBQ. She spent the entire time hitting on another guy. It was uncomfortable for everyone involved to watch, and really it was rude to the guy who brought her. Even if she didn’t know until that moment she wasn’t that into him, she could have kept it in her pants until the party was over.

Friend Zone Takeaway: If you’re feeling wishy-washy, or you haven’t DTR’d, don’t waste everyone’s time with a big group meet. It’s one thing to introduce someone to your BFF, because your BFF likely already knows all about her. But if things are in the grey area, maybe solidify them first, or at least make sure you’re on the same page. That way, your date won’t go on the prowl in a group setting for another date, or you don’t have to keep saying “This is my… well, she’s um…this is Lauren,” you’ll both know where the other stands.

Hopefully by using these tips and tricks you’ll be able to create a great relationship between your girl and your gang. (What if they are ‘meh’ on her, as my friend pointed out above? hmmm, that may be a topic for another time…)

HOW DO YOU ENSURE A SMOOTH INTRODUCTION?

Want even more SG-approved intel? Sign up for our newsletter!