Harry Styles Is Your Most Stylish Man of 2020 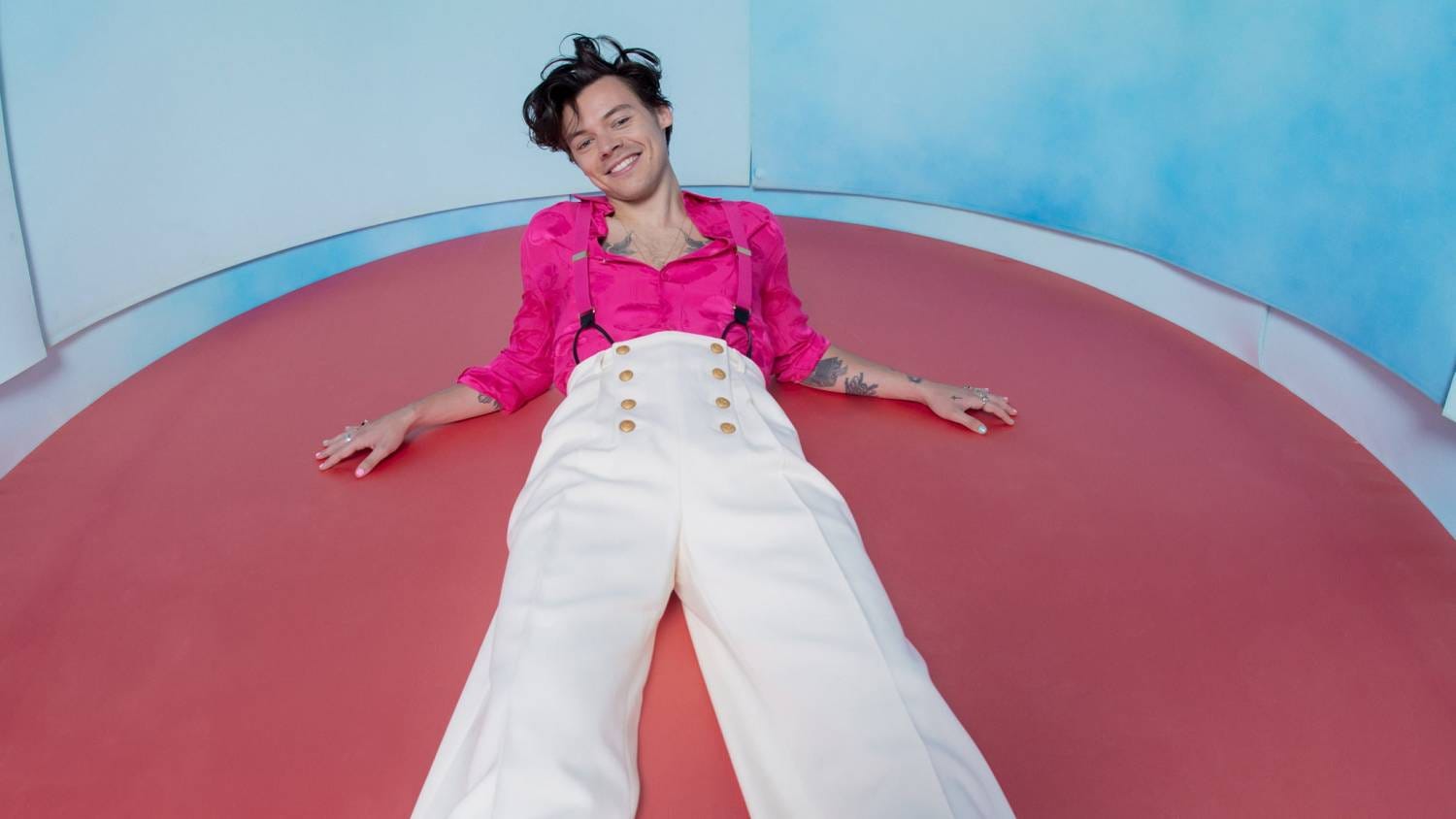 Harry Styles, formerly of British boy band One Direction and currently solo hit maker (have you listened to Fine Line? It’s really good), is your most stylish man of 2020.

He took the top spot in a not-that-close victory over Jake Gyllenhaal, and after a Final Four that also included Barack Obama and Spiderman’s Tom Holland.

This year’s bracket played out entirely in SG’s Instagram Stories, and I can’t help but think this Gen Z icon gained some traction with fans who live their lives almost entirely online.

That’s not a dig, but an acknowledgement that young and old (ahem, like me) millennials alike, as well as Gen X, Boomers, and beyond can take a lesson from the next generation when it comes to style.

Below, 6 style lessons to learn from Harry Styles, your most stylish man of 2020:

Lesson #1 Don’t be afraid to try something new

If I’ve learned anything from movies and tv shows about Gen Z, it’s that the “rules” about masculinity are mostly, thankfully, out the window.

The school artist can be the prom king, the jock can wear nail polish. The tropes of what “makes you a man” — things like banging chicks, denying your feelings, and thinking fashion is dumb — are out.

Harry Styles often expresses that freedom to define his masculinity however he wants through his clothes, and Team SG — along with a whole bunch of you! — are here for it.

Now, that doesn’t mean you need to paint your fingernails (but you should if you want!) or wear a pearl necklace (though that could be fun!).

The point is, if you’re interested in trying a trend, or a look, or an outfit, just try it.

High-waisted sailor pants with shoe-covering bell bottoms? Sure. A double-breasted suit with a peak lapel? Why not!

Maybe this tip for you means taking skinnier jeans than you’re used to for a test run. Or wearing a suit that feels more fitted and less boxy.

You don’t have to swerve into ‘70s style à la Harry Styles. Whatever type of clothes you’re interested in, but haven’t had the nerve to try, now’s the time.

We’re not leaving our house for months. Wear something new around the living room for awhile and you’ll be shocked at what feels normal by the time you start regularly getting Vitamin D outdoors.

Lesson #3 Before you leave the house, put on one accessory

There’s a saying attributed to Coco Chanel that before leaving the house, women should remove one accessory. Her advice was meant to help women prevent outfit overload. Do you really need the necklace and the hat pin and the tennis bracelet? Maybe not.

But! Harry’s win shows us that perhaps we should invert the saying for men.

Before you leave the house, consider adding a leather wrap bracelet to the watch on your wrist. Or pulling on a necklace. Or a hat. Maybe a pinkie ring?!

Styles is a maximalist, for sure, and that’s not for everyone, but maybe a little bit of maximalism would do you good.

Whether it’s a 70s’ powder blue sweater or a wide polka dot tie, Harry Styles isn’t afraid of a little color. Or an outfit getting busy.

Lesson #5 Be a decent human being

Much of the merch for HS’s most recent album features the phrase “Treat people with kindness.”

It’s the name of a song off the album, and not exactly a ‘rock ‘n roll’ sentiment. But you get the feeling that Styles lives by it.

Lesson #6 Wear what makes you the most you

…Or, What color is your nail polish?

Ultimately, a Harry Styles-esque outfit isn’t one that makes you look like a studio musician for Fleetwood Mac (unless that’s what you’re going for!), it’s one that feels like the ultimate expression of who you are.

I think we can all agree that an outfit Harry Styles wears would look bonkers on…pretty much anyone else (except maybe Donald Glover, who he bested in this year’s semi-finals by a hair?).

When you open your closet, or look at the accessories on your dresser, could they belong to any of your friends or colleagues? If so, maybe it’s time to start staking out your style territory.

That doesn’t mean showing up to your next Zoom happy hour in a top hat. Remember the career guidance book What Color Is Your Parachute? The intersection of your skills and interests are unlike anyone else’s.

And just as you would do well to embrace that concept professionally, you can only benefit by embracing it in your personal style, too!

As Harry Styles—your most stylish man of 2020!—might put it, is it time to discover, “What Color Is Your Nail Polish?”