2018 Most Stylish Man: Ryan Gosling
The People Have Spoken 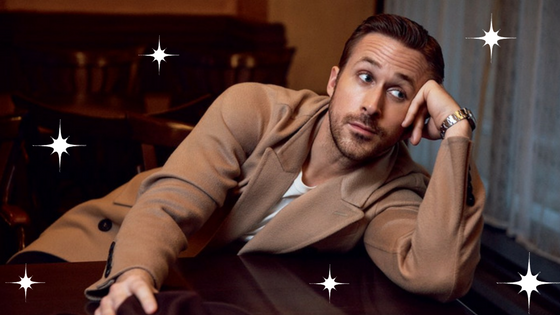 Did you see that exclamation point above? I’m trying, guys.

But really. I’ve had some time to think about this and just stay with me here.

He’s never not a contender when it comes to SG Madness, just like last night’s March Madness winner is never not a presence in the Big Dance. Indeed, Gosling has made it to the Final Four pretty consistently since starting this tourney four years ago.

Moreover, you know Gosling deserves to be standing in the winner’s circle, but also, you can’t help it if you sort of enjoyed the Michigan Loyala-Chicago game that came before it way more. Just like, when I look at my fingernails, down to the quick from stress-biting, I realize most of that was from last week’s Idris Elba-Michael B. Jordan matchup.

…Alright, that’s where my basketball analogy ends. I was just thinking about it this morning because I felt very, “Huh. Okay! Well, goodnight!” about the Nova-Michigan game. I didn’t even stay for One Shining Moment! My feelings about the conclusion of this tournament are…similar.

In a spirit of magnanimity, however, here are all the nice things I will say about Ryan Gosling’s style that make him deserving of the SG Madness title:

1. He has a look and he’s committed to it

Yesterday, a follower was all “J’accuse!” trying to call us out for rigging the contest by only showing Gosling dressed down, wearing casual jackets and pants.

We try to pull pictures only from the last 12 months for #SGMadness. Gosling showed up to EVERY press event for Blade Runner in a variation on this look. Scout’s honor. https://t.co/qL317qqeYv

Nope. Gosling wasn’t very public this past year, only hitting the publicity circuit (and sneaking his way into a seed at all) for the Blade Runner reboot with Harrison Ford.

While Ford showed up to events looking like your cool stepdad who treats your mom well and doesn’t try to make you call him “Dad” so you take it easy on him even though he has an earring, Gosling showed up dressed like…well, this, pretty much the whole time.

Now, does he look great dressed in some combination of jean jacket-dark pants/beat-up boots? Absolutely. Did I feel it showed much of a range? I did not.

Above and beyond the clothes he wears, Gosling seems very comfortable with himself, which shows as he moves through the world with a permanent amused grin on his face. Perhaps it’s the clothes. Perhaps this confidence was built over years of acting across from the most beautiful women in the world. Probably it’s a little of both.

That’s something I can understand feeling drawn to. In the same way we look to celebrities to mimic, or draw inspiration from, their style, we also take cues from them on how to present ourselves, how to act. I can’t think of many guys who wouldn’t want to act more like Ryan Gosling (except for that weird mobster affectation he does with his voice, despite being from Canada and growing up on The Mickey Mouse Club. Don’t do that).

3. He does do dressed-down very well

In an increasingly casual society, I can understand how you would hold up Gosling’s brand of “This ol’ thing?” as the top of the top. How his dressed-down style can feel more relevant to one’s life than someone like Michael B. Jordan who looks just as at home in a standout suit or tuxedo as he does in jogger pants and a hoodie. I’m not saying I like it, but I do understand it.

So dear readers, I congratulate you.

And Gabi, I don’t think we ever established a bet but drinks on me the next time I’m on the west coast.

Perhaps the best news is that, along with Daniel Craig, Ryan Reynolds, and Jeff Goldblum, we will now retire Ryan Gosling from SG Madness forever, opening up the field to some fresh talent in 2019. Who will gain next year’s crown when “#GoslingbecauseGosling” can no longer be your battle cry?

I suppose only time will tell.