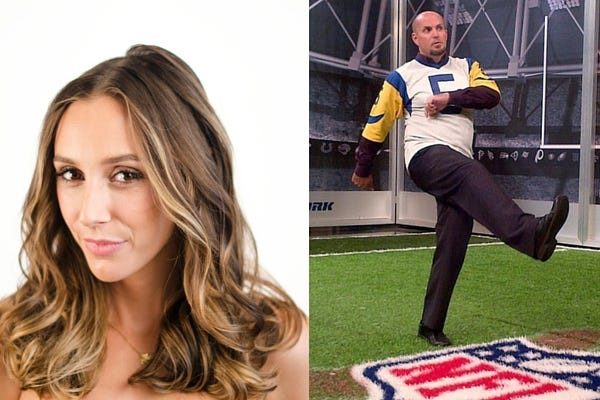 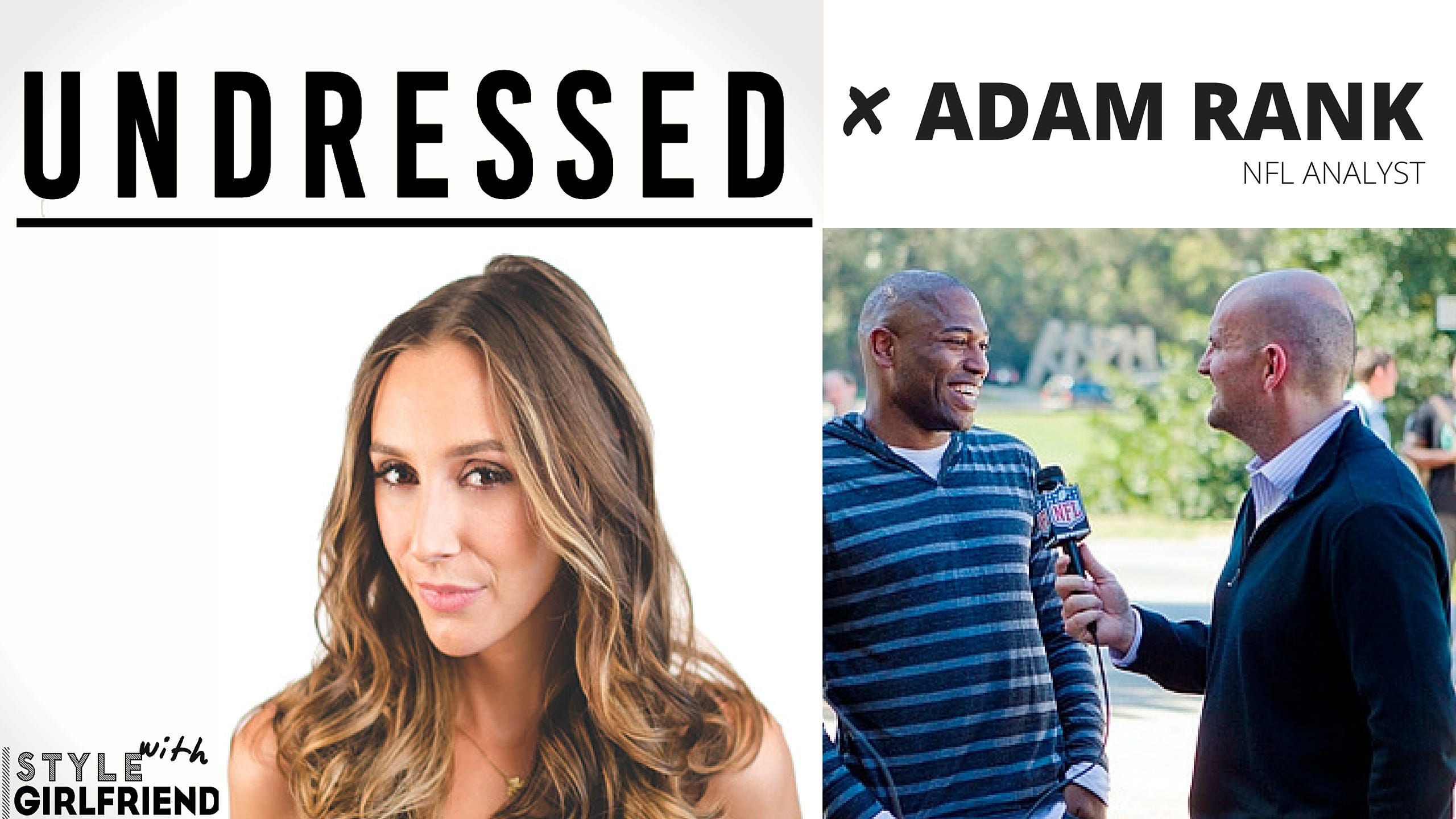 Listen to episode 11 of Undressed, featuring NFL Network’s Adam Rank, and subscribe in iTunes or Stitcher

Adam Rank talks about football for a living, but you’ll never catch him in an oversized tie knot and baggy, four-button suit. The co-host of NFL Fantasy Live and Madden NFL Live defies football analyst stereotypes by stepping out in style every time he’s in front of the camera.

Rank and I got to be buddies a few years back, when we hit the red carpet for the 2014 NFL Draft, quizzing soon-to-be-kajillionaires on who picked out their outfits (most heard answer: “My mom”).

And while I’ll see him again next month in San Francisco at Super Bowl 50, I wanted to get him on the record before the playoffs to hear his predictions, sort out our Super Bowl wardrobes (the man’s a Bar III fan and has been ALL up in No Jeans January’s business, and of course – throw a few friendly jabs at our mutual pal Dave Dameshek.

Have you caught up on all of 2015’s Undressed episodes? Listen here, and don’t forget to hit “subscribe” and leave a (nice) review!