Undressed Podcast: Should Men Wear Sandals, How to Break Up with a Woman, Proper Sexting Etiquette
Skip to content 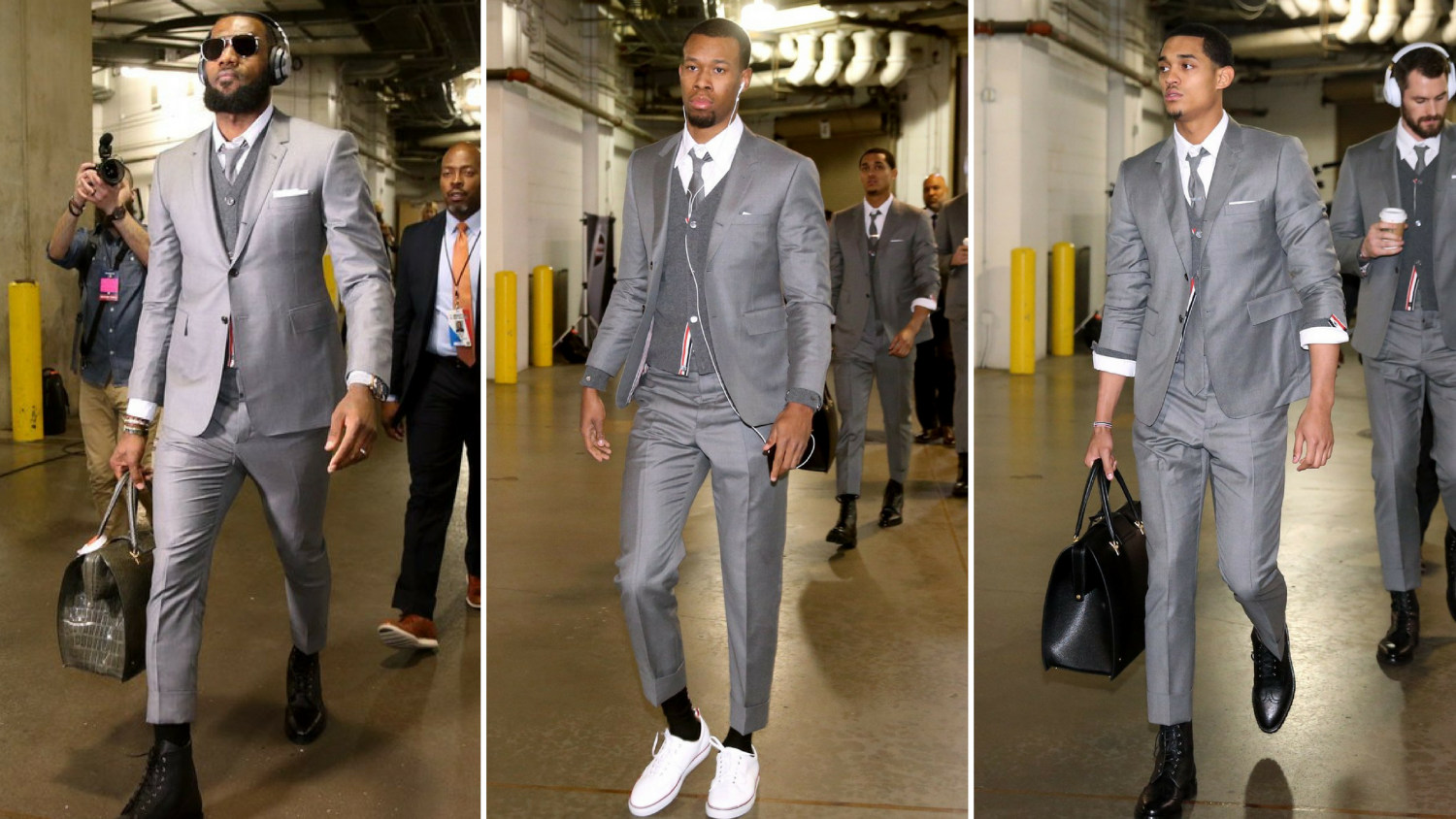 When we finished recording this on Sunday, Megan was all, “I think that was a really good episode!” and I was all, “Yeah, totally!”

That is to VERY ELOQUENTLY say: prepare yourself now, because this truly is an especially great episode of your favorite podcast.

On our list of topics? Should men wear sandals, how to break up with a woman, and proper sexting etiquette.

Listen in iTunes or Stitcher, or press play below:

Why? Well, first of all, Megan announced that she thinks of our l’il chats as “season 2” of Undressed, whatever that means, but change is always exciting, right?!

Then, we invented a new segment called “Megan’s Shade Corner” and it’s… Well, it’s about Megan throwing shade regularly! Which she does anyway, and now it’s got a name.

This week, she threw shade on her own brother-in-law, suggesting that “maybe if he worked a little harder,” he might have nicer ties he never wears. I know, I know, but you have to listen to understand. And you definitely want to listen.

We also decided we’re starting a weekly update on 2018’s Song of Summer™ contenders, but that got cut for time because apparently we “couldn’t stop talking over one another about Ariana Grande’s new single,” so be on the lookout for that next week. I’ve got some ideas, but want to hear yours too, so drop ’em in the comments!

Look, we’re not going to say it’s ~not~ true https://t.co/kwq5kzWDoL

Where do we fall on the “men in sandals” debate? You can probably guess by our retweet above, but I promise we’ll never say you “shouldn’t” wear sandals (and especially flip flops). We simply make our case, then you get to decide.

This week, we broke with our only-very-recently-instituted tradition of answering a reader question by mining our own experiences for your listening pleasure.

Today? The nitty gritty of breakups.

…Yes, again (Why do we like talking about heartbreak so much?).

A friend of Megan’s just recently went through an out-of-the-blue breakup, after her ex blindsided her with an ominous, “Hey can we talk?”

The big question we tried to answer? What kind of information is owed in a breakup like this, and how can guys deliver a big blow, like a breakup, in the least hurtful way possible?

We get way into it, but in the end our advice came down to being honest and straightforward, and don’t wrap your news in a “compliment sandwich.”

Simple: “Nice thing…BAD THING LIKE SORRY BUT I AM BREAKING UP WITH YOU…other nice thing.” How well does that hide the bad thing, do you think? Yeah, not very well.

The whole exchange reminded me of a recent episode of a show I cannot recommend enough—it’s called Lovesick, and it’s on Netflix and you need to watch it, like, now.

Also, don’t confuse this with the show Love, also on Netflix, which is terrible.

Oh, and if you dare to say, “I hope we can still be friends,” after breaking up with a woman, Megan and I will personally hunt you down and…give you a stern, big-sisterly talking-to.

It’s impossible and should not be attempted. And you know we mean it since we never use the word “should” here at SG.

As an aside, we share why a full-body hug is never okay.

Athlete Style and Sexting (not at the same time)

Next, we move right along into hot takes… Which, like, I know I tell you every week that they are especially hot, but this time I really mean it.

Megan starts us off with something I swear I maybe, sort of, definitely read on the outline before we recorded, which is that LeBron James put his entire team (The Cavs, duh! I know stuff!) in coordinating Thom Browne suits as their “pre-game” outfits. I figured that since they were so fancy they were probably “post-game” outfits too, but I was informed that this is wrong.

ANYWAY, they all kind of looked like giant, uncomfortable runway models, especially someone named Jordan Clarkson, who pushed up his jacket AND shirt sleeves and ugh, I just hated it. And then they did it again!

My hot take is actually a horn toot (sorry, not sorry!) because I wrote a really fun article this week about… Sexting! Yes, I am all about the sext. In fact, I even graced this podcast with some out loud renditions of my favorite ways to introduce sexting into an everyday text conversation. (Megan says I sound sexy, but like *hair twirl* Who, me?) Anyway, I’ve got all kinds of tips for you, including sexy emoji ideas and spoiler alert—none of them are the eggplant.