9 Tips to Survive the Holidays with Your Partner’s Family 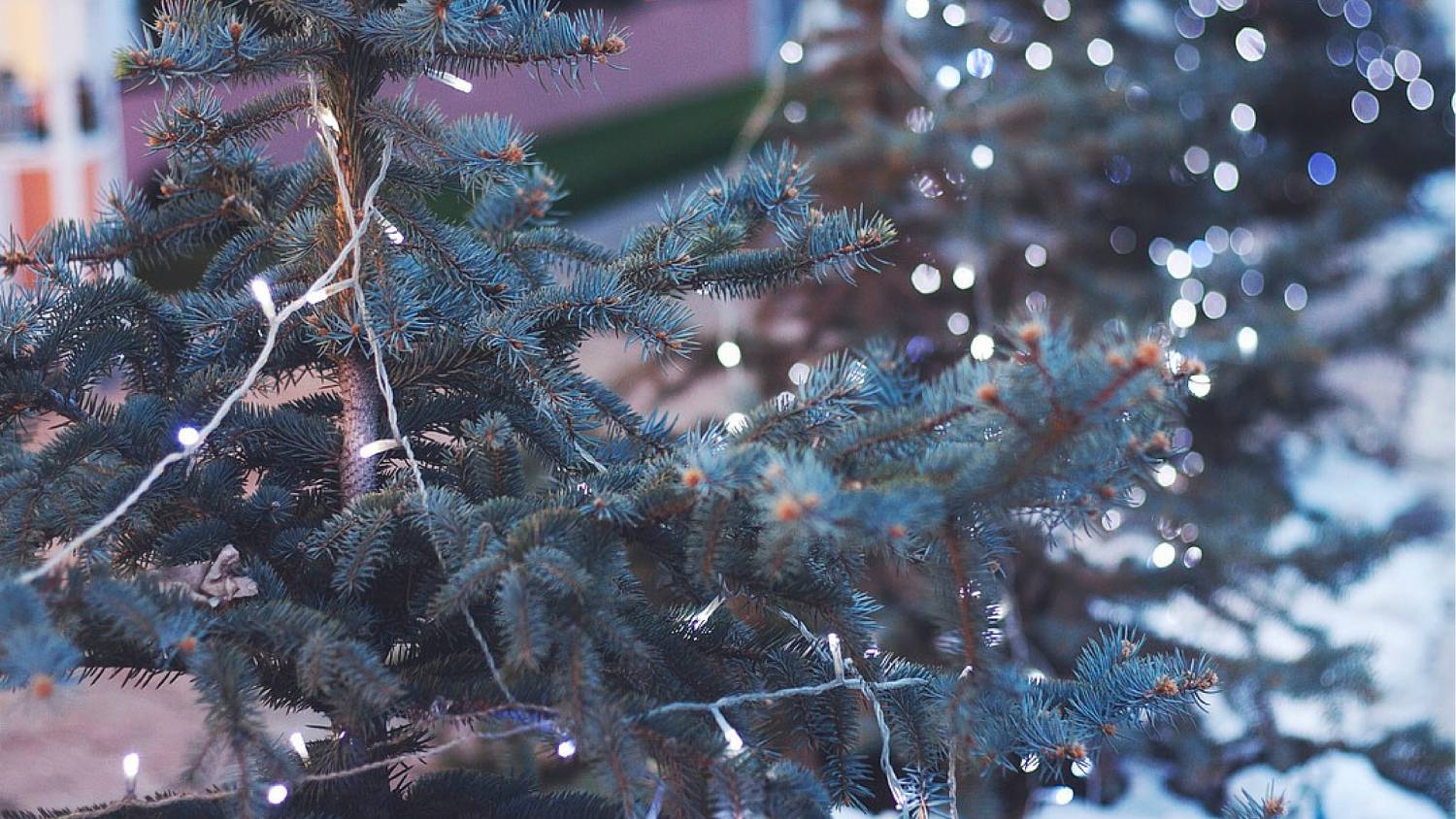 This post was originally published in 2015, but seems extra-relevant this year so we thought we’d reshare it. Enjoy!

I love the holidays – family, friends, watching Love, Actually on repeat and crying every. single. time. Getting to go home to Arizona where it’s not cold and my mom makes me dinner that’s not pathetic looking like mine are here and I can go running outside in shorts on Christmas Day. What’s not to love?

Of course, your in-laws / future in-laws /complete strangers who you’re meeting for the first time and wondering what the sleeping arrangements will be are probably delightful. However, it is a truth universally acknowledged that tensions do tend to run high around the holidays (The Atlantic looked into the science behind it a few years ago, if you’re curious).

And no matter how perfect a family may seem, if I’ve learned anything from Shonda Rhimes television shows, it’s that everyone has their own sh*t they’re dealing with. Once you’re in a relationship, you can often find yourself smack dab in the middle of someone else’s family’s drama, whether you like it or not. Many new relationships cross that “meeting the parents” hurdle around Thanksgiving or Christmas or New Years since most people get a long weekend or extra time to travel so it can be a good time to go, which just adds to the stress.

I asked my brother-in-law, as well as married coworkers how they survived, and continue to survive, initial and continued holidays with the in-laws, and the response was brief, overwhelming, and universal: alcohol.

But I think we can dive deeper than that, because a stiff drink will only get you so far. So let’s get down to it—how do you navigate the holidays and come out on the other side with the reputation of the boyfriend/husband/partner that is the best part of the holiday season?

Especially because you don’t want to just make a good impression by trying hard to be the picture-perfect guest. You want to make sure the family gets to see the real you, and start to make yourself part of the family.

So whether you’re in a brand new relationship and meeting the parents for the first time, or a seasoned holiday with your significant other’s family, read on.

Below, 9 tips on how to survive the holidays with your partner’s family:

The best house guests bring a host/hostess gift. Sure, it may seem a little antiquated, but manners never go out of style. If you’re meeting your partner’s family for the first time, I’d stick with flowers. If you’re well versed in your partner’s family’s idiosyncrasies, get more personal. Know her dad loves Scotch? Bring scotch. Her mom loves wine? Bring wine. (Basically, alcohol). The first time I spent a Thanksgiving with a boyfriend’s family, I brought a pie, because 1) I make really good pie and 2) I wanted to contribute to the meal. Which brings me to:

Being away from your own family can be hard during the holidays, so if you want to share a tradition (within reason) with your partner’s family, by all means do so. For me, that meant bringing the pie to Thanksgiving at my boyfriend’s because that’s what I contribute at home. My brother-in-law is his family’s resident mixologist, so he’s become ours at the holidays. He’s not only being himself, but he’s bringing his skills and talents to the (Thanksgiving) table and making himself an integral part of our holiday traditions.

However, don’t try to change things to make it exactly like your family’s holidays. For example, if her mother has been using her great-grandmother’s stuffing recipe for three decades maybe don’t suggest a way to “improve” it by saying “well MY grandmother makes it like this…” No one likes feeling as if they are being compared to someone else. But if it’s something little, “have you ever tried milk ice cubes in your Bloody Mary? My mother swears by it” (apparently that’s a real thing by the way and delicious), then by all means share it!

You’ll get brownie points for wanting to contribute and participate.

If you’re not at your own home, maybe try not to poke the bear, especially if you’re meeting your significant other’s family for the first time. If your girlfriend’s uncle decides that the last night of Hanukkah is the time to launch into a speech about how Donald Trump is the future of America and will make it great again (2018 editor’s note: Oy), it might not be the best time to counter with how you love Bernie Sanders and anyone who doesn’t is a terrible person. In general, especially when meeting a family for the first time, it’s good to not talk about politics, religion, or money, unless you know you’re 100% in line with the group you’re with.

Now, I don’t think that axiom holds true once you’ve been in a family for a while—respectful debate can be healthy and incredibly fun—but until you are sure everyone will be comfortable with these subjects, it really is best to steer clear.

However, if you do say something that raises some eyebrows and you feel weird about it, don’t worry. Apologize and move on. Most people will understand how nervous an outsider might be, and cut you some slack. Every family has their buttons you shouldn’t push, and it can take a while to learn what’s too far, and what’s fair game—even if you’ve been around your partner’s family often.

It’s a running joke in my family that whenever my brother-in-law says things that cross a line, or takes a joke too far, he recovers by throwing me under the bus to get back in good graces. In preparation for Thanksgiving, he called me the other day and said “Lizzie, if your mom is annoyed at me at any point over Thanksgiving, this is fair warning that I’m telling her about your tattoo. It’s the only leverage I have!” Unfortunately for him, I already told her about it. Unclear what his backup plan is.

4. Be yourself (and then some)

At my sister’s wedding, my boyfriend at the time and my cousin’s boyfriend were basically in a competition to win wedding MVP. They were dancing with my grandmothers, refilling drinks, helping in any way they could. It was quite impressive to watch.

So while you don’t want to dominate every conversation, you do want to sparkle. Have a great anecdote about the time you backpacked through Europe and found yourself stranded without shoes on the streets of Prague when you got locked out of your hostel? Share it! Don’t go overboard trying to impress your SO’s family, but it’s ok to be the hero as long as you aren’t obnoxious about it. So tell that funny story, and offer the fun fact, and if anyone suggests charades, immediately mime that you are down to play.

Oh, and don’t forget to engage with everyone.

Ask her little sister how her college volleyball team is doing this year. Or if her dad has settled in to watch the football game, go sit with him and engage in some conspiracy theory debate about Deflate-gate. If her cousins are starting a game of pick-up basketball in her driveway, go join them. If her nieces and nephews are doing anything adorable, give them your undivided attention. You may feel inclined to shadow your girlfriend or wife the whole weekend, but the more you can shine on your own, the better your reviews will be once you’re gone. You want the family to love you as much as your lady does.

If you were home at your own parents for the holidays, would you spend every waking moment in the same room as them? No, probably not. And that is ok to do at your in-laws or girlfriend’s parents’ home as well. Family time, no matter whose family it is, can be overwhelming. There is nothing wrong with, during some down time, saying to your partner “I’m going to go answer a few work emails,” or catching up on Netflix before you go to sleep. As long as you are present and engaged during the big moments, it’s more than fine to take a few beats for yourself and recharge.

This can be tricky, because often a host or hostess doesn’t want the guest clearing the table. But helping is very important, and you should be proactive in making yourself useful. Instead of saying “How can I help?” or “what do you need me to do,” which will normally lead to a “oh nothing go watch the game! I’m fine here,” walk into the kitchen and start rinsing plates, or putting them in the dishwasher, or whatever it may be. Don’t ask, just do. Offer to go pick up that ingredient that was forgotten at the grocery store, refill water glasses, and jump up to help clear the table when the cleaning starts.

Every family is different. So if you are put on the pull-out couch in the study while your girlfriend gets tucked away in her childhood bedroom, don’t pout. And, for the love of whatever god you’re worshipping this holiday season, don’t try to sneak into her room late night for a romp — getting caught with your pants down is not a good look once you’re out of say, puberty. A weekend of no sexual contact is not going to kill you. I promise.

If her family aren’t popping bottles and queuing up for cocktails at happy hour, don’t drink six Old Fashioneds before dinner’s even on the table. If your lady seems uncomfortable with physical contact in front of her family, don’t try to get frisky under the dinner table (think Wedding Crashers).

Especially if she’s stressed around her family, you want to be the best part of her holiday, not a stressful component. Same with if it’s your wife or long-term partner’s family — once you’re “part of the family,” you’re in an even better position to be the solution or a calming presence for your partner, and that’s one of the best things you can do for her at the holidays.

Both while you’re there and after you’re gone. don’t go overboard with praise because that may come across as smarmy and inauthentic (unless her dad’s home entertainment set-up really WAS that great, or her mom’s pumpkin pie really DID blow your mind), but express gratitude and appreciation when the moments arise. After the fact, nothing screams class and style quite like a handwritten thank you note . On stationery. Within two weeks.

You’ll get through it. Worst case scenario you have to spend three wildly uncomfortable days with people you just aren’t really meshing with, and best case scenario is you get yourself a standing invitation to visit and participate in any and all future holidays. So just take a breath and roll with the punches. Either way, it’s the holidays, they’ll be over in a flash and then we’ll be just a few months away from rosé season…I mean summer.