Gender Equality at Work and Home: Where’s the Men’s Handbook?

Gender Equality at Work and Home: Where’s the Men’s Handbook?
This is bullsh*t 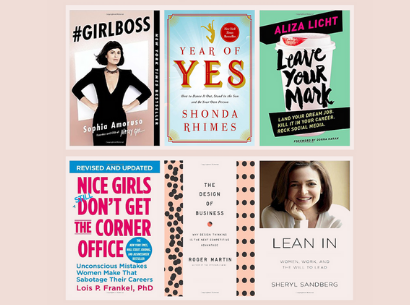 Guys, if you’ve taken a peek at your significant other’s nightstand recently, you may have noticed a veritable Women’s March assembling beside her hand cream.

The last few years have seen a proliferation of female-oriented guides to work, and to life.

Starting with Sheryl Sandberg’s Lean In and former Nasty Gal CEO Sophia Amoruso’s Girl Boss, the business book aisle has been booming with options for and by women.

When you crack the spine on one of these bad boys (bad girls? ew, no), you’ll see that “business” takes on a broad definition for women. These books offer tips that account for your emotional makeup, like how to handle conflict at work when you’re an introvert. Dating advice when you’re not interested in hopping off the corporate ladder just because there’s a ring on your finger. And how to avoid feeling like a terrible mother when you’re at work, and like a terrible colleague when you’re with your kids.

And with a surge in female-focused events like Create & Cultivate and anywhere Gwyneth Paltrow and Goop pop up, this 360-degree, distinctly feminine approach to getting the most out of both your professional and personal endeavors has found its way to the forefront of the culture.

Now, buckle up because I don’t wonder aloud this sentiment very often…what about the guys?

Really, where are the men’s-focused business books?

Books promoting gender equality at work and at home, offering useful advice aimed at a male reader on how to achieve the perfect work-life balance?

Please don’t misunderstand me. I’m not saying it’s a bad thing that women have these resources at their fingertips in the form of books, conferences, panels, pop-ups and more…

It’s just that there’s no equivalent for men.

And believe you me, I am not trying to “All Lives Matter” this.

It’s wonderful that female leaders in industries ranging from retail to wellness to technology are sharing the wisdom they’ve gained from first-hand experience. And it’s vital to edging towards equality that more women have access to this kind of information.

We want to know how to “have it all” or as close to “all” as possible without “all your anxieties about trying to be the perfect employee, wife, and mother leaving you under your desk in an open-concept office in the fetal position wondering if you were supposed to pick your kid up from piano or your babysitter was going to do it.”

My issue is that women are being taught how to fit themselves into a man’s world, and that’s an inherently exhausting premise.

And before you argue that traditional business books are for everyone, not just men, consider that when Jack Welch opines on executive lessons of the “master CEO,” that it’s 2019 and only 5% of CEOs are women. Business has long been seen in ways both subtle and overt as the domain of men. And what got us here certainly isn’t going to get us out of it.

So where are the business books for men with chapters on how they’re subconsciously, and often in outright action, treating women differently than men in contract and salary negotiations?

Because there’s books for women on how to assume the mantle of accommodating this bias.

Where are the panels with male business leaders being asked how they juggle work commitments with a new baby?

Instead, we assume women to be responsible for the emotional labor (as usual!) of making life go.

Of course, the reason we’re just now getting these books and resources at all is because women have finally achieved parity in the workforce. A feat in and of itself, considering we just started throwing our aprons on the floor and formatting our resumes in the 1960s. We’re graduating from colleges at a higher rate, yet making less and occupying fewer leadership positions.

So yeah, if men aren’t tossing a rope down to help pull us up, then we as women are going to get together and figure out how to build a ladder.

It just feels like maybe it’s time for men to adjust to women, and not the other way around.

In a system designed to keep women down; where deals, still today, are made on the golf course, or in a strip club; where women are viewed negatively for showing the same ambition their male counterparts are rewarded for, you’ll have to excuse me if I don’t think the answer for women is, “Learn to play by their rules.”

No, I’m ready for new rules.

Because I’m tired of being reminded by other women that my empathy and emotional intelligence are actually strengths, and that if I cry at work, it’s okay (but also, maybe know where the bathrooms are on every floor so you have a quick exit if you need it).

What I want is a book telling men all that.

A book telling guys that empathy and emotional intelligence are underrated. That if women are crying at work, not to steer clear of them until you think their period’s passed. And certainly to not stop mentoring them for fear of being accused of sexual fucking harassment.

And while I’m all for the power pose in a business suit but make it sexy with a cami underneath image these female authors are presenting, I think it’s time for the men’s version of a modern business book cover. Something like…this: 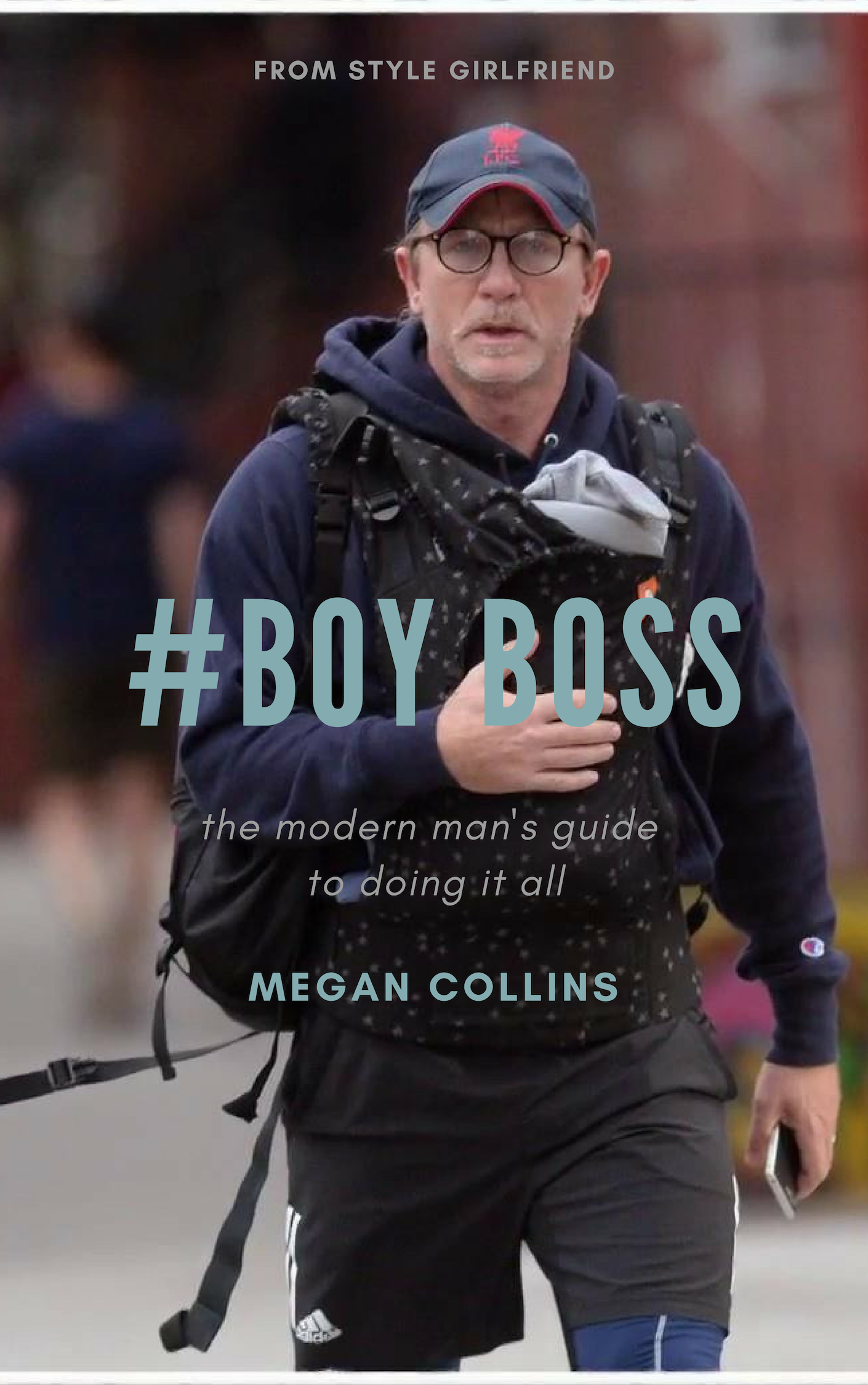 WHAT WOULD YOU PUT IN A “BUSINESS BOOK FOR THE MODERN MAN?”