Why the Advice "Fake it Til You Make It" Sucks

We're not saying it anymore.

Ira Glass, the host behind NPR’s This American Life, said something in an interview once that always stuck with me. He talked about how it had taken years for the radio program they produced to match the vision in his head for it.

While it pained him to put out a show that didn’t live up to his self-imposed high standards, he knew the best thing to do was to simply keep going, under the assumption that it could only get better.

I think about this a lot as both an entrepreneur and a perfectionist. By definition, entrepreneurs must be bold. In the words of marketing whiz Seth Godin, you must “ship” (publish, release, drop, print, sell, etc) your product, most likely before it’s truly ready. If you wait to “ship” until you’re really truly ready, it’s already too late.

According to Godin, if you’re not horrified by earlier iterations of whatever it is the thing you make – an app, a song, a popsicle – you waited too long to put it out into the world.

I’ve thought about this recently as we take stutter steps towards bigger changes at Style Girlfriend—like rolling out 1-on-1 services virtual shopping services—and I find myself overwhelmed by doubt.

Not doubt in the moves we’re making: I’ve wanted to provide style support that’s more personalized to our audience for so long and I’m happy to be moving in that direction. Not doubt in my team: I couldn’t ask for better lieutenants in the #SGarmy. Not doubt in our followers: I’m blissfully grateful these new efforts have been welcomed with open arms, and for your understanding of their accompanying growing pains.

Fear, I suppose. Fear of the fact that everything we try will be sh*t for at least a little while. And how living in that in-between phase may, in fact, kill me.

The image I keep going back to in my mind is one of trying to hurdling a narrow riverbed. Sure, I can see the other side; I know I can get across—but not without getting my sneakers a little wet.

On the one hand, I want to share these fears, re-distribute the wealth of stress, if you will. I want to talk about the river.

And I do. All I do (for the most part) is work, so all I have to talk about with friends, family, strangers at cocktail parties, is work.

In doing so, I’ve found two distinct replies. From other entrepreneurs whose brains I’m picking, I’ve heard, “Well you just can’t think like that.” The fear of getting wet, I’ve been told time and time again, is no reason not to jump. Fear is weakness. Entrepreneurs hate weakness.

And of course, they’re not wrong. We’ve already established that shipping is key. Don’t stop. Keep going. But policing my thoughts for fear? Or at least, not telling anyone I’m freaking out approximately 8-12 hours a day? No thank you; that will definitely give me a hernia.

From friends, I hear more encouraging sentiment (they’re friends, after all), all variations on a theme:

I’ve always had a problem with this phrase.

This afternoon, after the umpteenth friend I’ve dragged through my river analogies drained her iced matcha, and said, “Well hey, you’ve gotta fake it til you make it” I had a revelation.

I don’t have to fake it. What I do have to do is take Glass’s advice; I have to make it ‘til I make it.

I have to keep going. I have to produce; I have to ship; I have to launch; I have to announce. That way, I can still go around sharing my insecurities (perhaps with a smaller batch of trusted confidantes, not the whole world..and especially not the world of entrepreneurs and VCs, who smell blood in the water if you don’t open a meeting crowing about your latest success, real or imagined), but I can still say I’m DOING IT. I’m crossing the river. I’m making the thing until it is good and affords me the success of “making it.”

“Fake it til you make it” suggests I’m not even doing the thing I’m setting out to do.

“If only I keep this smile plastered on, no one will know the medicine is really Skittles, that I’m a talentless hack.”

This feels like such an important distinction to me!

Make things until you make them really well. Be scared but keep going. Believe in yourself and in the power of transparency.

Make it til you make it is just as true.

Personally, I’ve never been more excited to be bad at something. Because waiting on the other side is dry sneakers and maybe even a few back slaps.

Ready to “make it ’til you make it” when it comes to improving your personal style? Work with a personal shopper from Team SG today! 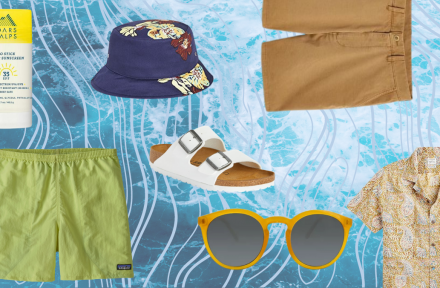 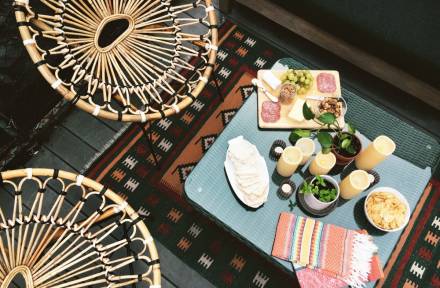 Women How to Support a Partner with Endometriosis