How to Interpret Female Body Language

How to Interpret Female Body Language
Is she into you or just leaning in? 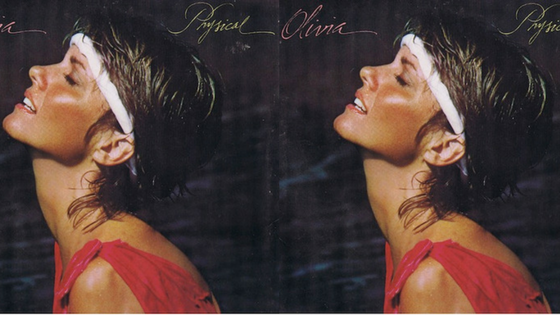 We all give off cues—verbal, physical, and otherwise—when we’re attracted to someone in our presence.

I once read that when you’re talking to a guy and he pulls his socks up, it means he’s interested in you. I know body language cues can often be hard to read, but…socks?

Something going back to a pre-sock era when men had fewer ways to appear more attractive to women…the whole theory seemed less causal and more coincidental, until my next date, when I was out to dinner with a guy who started to fiddle with his socks while I was talking, and I fuh-reaked out.

That is, before I came to the conclusion that if I was wearing socks and they fell down, I would probably try to fix them while the other person was talking, too.

You can see how much thought I put into that exchange, and that was about socks. I can only imagine how hard it is to understand the 50+ subtle cues you notice women making during a conversation.

To help you guys out, I punched “flirty female body language” into the ol’ Google machine and read everything I could find on what the experts had to say.

I then measured it up to what I know I actually do, so you guys can have a multi-dimensional perspective the next time a woman does…well, nearly anything, in your proximity.

Below, five female body language cues you need to know:

When I’m interested in a guy, I try to put all my hair in in front of me.

I’ll separate it in the back and pull it evenly over my shoulders if I have a middle part, or all around one shoulder if I have a side part.

Granted the second will expose my neck, but I’m more focused on the hair aspect.

Because “the first thing that guys notice is your hair,” says the internet, knower of all things.

Very few things are more feminine than long, flowing locks, and we know this is the pièce de résistance. My hair is pretty thin, so if I can do any magic to make it look like I have more of it (without resorting to using a bump-it) then I’m in.

This is spot-on if she’s an extrovert, but if she’s shy, then she may avoid your gaze.

How do I know this? Because I was painfully shy when I first started college, despite what my freshman year roommate says.

Book a 1:1 styling session to upgrade your go-to date outfit

And if I liked a guy I totally could not maintain eye contact for fear of looking like a complete creeper.

The verdict? For sure.

Absolutely yes. A nudge on the shoulder, a playful push, and a hand resting on your upper arm are all signs that she’s totally crushing.

Moreover, in an increasingly confusing era for “Is this romantic, or…?” interactions, waiting for her to initiate physical contact ensures you don’t wind up on the wrong side of a swift kick to the shins.

If she doesn’t make small physical gestures, though, all is not (necessarily) lost!

If you’re in a public setting, or things are still really new, she may just not be the type to get handsy like that.

Female Body Language Cue #4: She orients her body towards you

Early in the “Will they or won’t they?” of Jess and Nick’s courtship on New Girl (RIP New Girl!), Jess’s BFF Cece told her that if a guy points their feet at you while you’re talking, he’s interested in you. And vice versa.

Zooey Deschanel’s Jess proceeds to jump all over the communal bathroom of the gang’s loft trying to not get her feet pointed at by Nick.

If you’re into adorable physical comedy, I highly advise a re-watch.

But to answer whether or not this is a true indicator I would say yes probably.

Making an effort to put herself in your line of vision means she’s interested in connecting with you.

If we’re romantically interested in you, then we want to be the center of your attention!

So yes, we will position ourselves smack dab in the center of your face…that is, if we can maneuver ourselves there smoothly.

Female Body Language Cue #5: She leans in towards you

This one can be true, but if you’re in a loud place, she might just be craning to hear you!

However, if the lean-in is accompanied by any of the other cues—hair smoothing, touching your arm and the like—she’s probably into you.

But yeah, if she leans in and yells, “What?” four times in a row, then she probably just can’t understand your mumbling.

She may still be interested, but the lean-in isn’t related. And honestly, if you’re a chronic mumbler, that’s not really a turn-on.

If you’re still not sure at the end of an interaction, ask to see her again and see what happens. Then you’ll really have your answer.

Here’s one more way SG can help with your dating confidence!

Having a wardrobe that makes you feel like a million bucks does a lot for your confidence when it comes to dating.

If you’re ready to invest in some new clothes for your wardrobe but dread the thought of shopping for them…it might be time to book a 1:1 virtual styling session with a stylist from Team SG!

Let us rescue you from shopping fatigue and sartorial apathy. You’ll be paired with a dedicated stylist, who will put together a style plan to help you feel like the best version of the awesome guy you already are!

Ready for a style upgrade that’ll seriously improve your closet and your confidence? Give us a shout.

> Check out more #SGapproved tips on dating and romance here!