3 Guys on Dating and Relationships During Quarantine 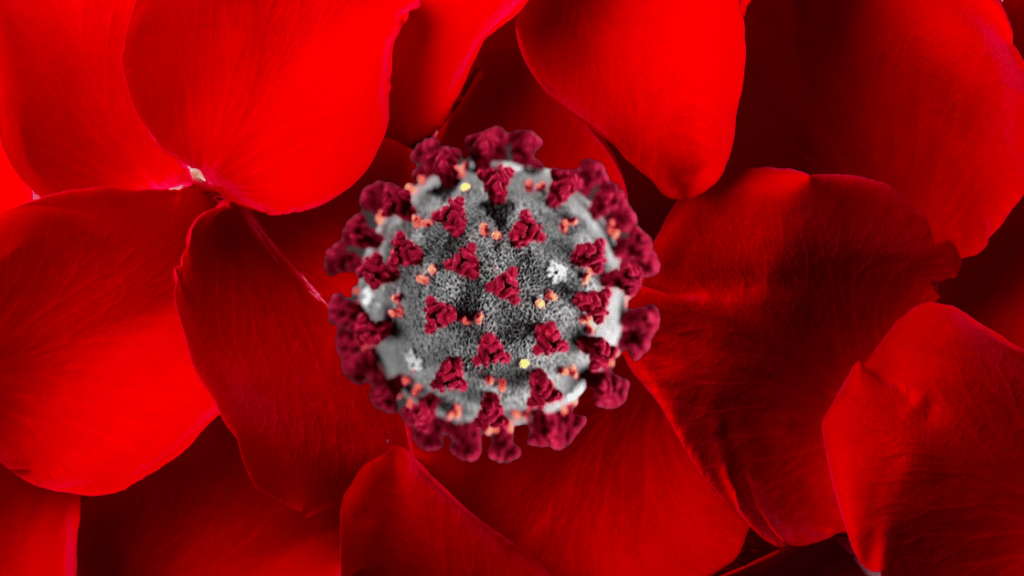 Dating and relationships aren’t always easy. During a global pandemic that’s forced everyone indoors? Yeah, that’s an additional…hiccup, let’s call it. Here at (virtual) SG HQ, we wanted to know: Are single guys dating? Are those in new or long-term relationships getting along with their significant others, or getting on one another’s last nerves? So, we checked in with men across the country to get their stories on the state of their dating lives and relationships during quarantine.

Below, three guys on dating and relationships during quarantine:

I was dating someone for the past few months, and the shelter in place orders sort of accelerated everything. We were already together, but I literally only called her my girlfriend for the first time when I was on a work call in her living room and she was on her laptop in the bedroom, and my co-worker pointed out that the wall behind me wasn’t “my” wall.

It’s been good but also stressful. We spend more time together, obviously, since we can’t go outside—or do anything. She mostly stays at my place. Then, she’ll go home for a day or two to get more clothes, or just to give us both some breathing room.

Since we’re basically living together, we’re having to figure out these warp speed relationship things in real time.

For instance, we have not yet figured out laundry. On Sunday, I did a bunch of laundry in my building’s basement and then brought it back and threw it all on the bed. It sat there for awhile, then she folded it. Now I need to put it away. We kind of bickered about it, which makes me feel like we zoomed past ‘happy, new couple’ vibes right to ‘old married couple.’

As for sex, I mean, I’ve been a bum. There’s no break, y’know? It’s all one day. It’s all the same. It bums me out. I feel anxious. I feel bored. Tired. I don’t know that I’m depressed; I don’t think I’m unhappy. I’m just very fucking restless.

There’s highs and lows, like before, but they’re more pronounced now. Because we’re stuck at home, and because I’m working extra hours, and we don’t have any childcare, stress is really high.

The biggest change for us is realizing that this is a time we have to step back and breathe and realize that whatever we’re going through now isn’t forever. And acknowledge that, and understand it’s nothing to do with us as a couple.

If we get in a fight, does it resolve more quickly? Absolutely. Because we’re looking at things from a different perspective.

Like, no wonder we’re stressed out. This has nothing to do with how we feel for each other. It’s purely a result of stress from the situation we’re in.

But we’ve never been big fighters, or get in a lot of arguments. Right now, we might just snap at each other.

We had a serious discussion about my working hours, because she’s been staying home with the twins since they were born and now I’m working from home. So we had to talk through some things. I have more on my plate than I normally do, and it’s hard to be productive at home when you’ve got two kids vying for your attention. My desk is in the middle of the house; I’m always accessible.

I was feeling the stress of not getting enough done, even though I’m working around the clock. I said, “I have to go into the office” and then she immediately broke down. Which was actually good, because I didn’t realize it was going to have that reaction to her.

I wasn’t necessarily receptive to how she was feeling until she started crying. And then I was like, Oh wait..this is obviously on her too, not just me.

That conversation ended up being really productive. We decided to move my desk into the bedroom and her dresser out to the living room. We should have done it Day 1. It’s already so much better.

It was like a workshop for our relationship. How can we put our heads together and problem solve?

“Am I just picking at things because I’m miserable, bored and stuck in my hometown?”

Let’s start with the fun part. I’m stuck in my hometown, a central Pennsylvania podunk where gunshots are not an indicator of danger ahead but, more likely, some yokel murdering a 16th turkey whose corpse will someday hang on their mantle.

The reasoning for my quarantine here is irrelevant—OK, fine, I traveled home for a fantasy baseball draft—but the fact that I’m here is salient to the story.

Before leaving Philadelphia for home, I was in the infancy stages of talking to a woman. Let’s call her Carrie. On paper, she’s a catch—a beautiful, Ivy League PhD student who seems self-sufficient, driven and independent. We instantly bonded over terrible reality shows (The Bachelor, specifically). and I had that inner jolt of excitement you get at the beginning of a new relationship.

This, again, is an important detail because I’m not especially long out of a three-year relationship. While I’m not going to get into details, it was a breakup that essentially shattered my worldview. She was the woman I was going to marry and I was sure of it…right until she wasn’t.

Carrie was the first jolt I had gotten since the breakup. And everything started amazing. We texted constantly—she was among the people who urged me to stay in Siberia rather than return to civilization at the beginning of the crisis—and texting eventually turned to FaceTime, Netflix Partying, etc. It quickly felt like we were in a relationship without even getting to know each other.

Here’s the problem with quarantine dating: All you have is time to get to know each other. And Carrie and I have absolutely nothing in common. Sitting here typing this I cannot, for the life of me, think of one single thing we both genuinely enjoy:

I love spicy food. She despises it.

She’s a scientist. I find science (while important) aggressively boring.

I love concerts. She is the first person I’ve ever interacted with who hates them.

I still genuinely don’t know what she finds funny. She thought Big Mouth was “weird”—a word she regularly uses to seemingly dismiss things other people (including myself) find funny.

I could keep going. Seriously. The list is endless. But you get the point.

Here is where the “opposites attract” people chime in, and I would kindly like to tell them to shut up. Commonalities are important in relationships—especially as we age (I just turned 30) deep into adulthood. My ex was the best friend I ever had. The fact we could do anything, just us two, and make it our own was the best aspect of that relationship (and the most painful aspect of losing it).

These differences were even more glaring, given the difference in our personality types.

I am, generally speaking, open to new experiences. When I’m dating someone and they suggest an activity/TV show/movie/etc. they think will be good or fun, I’ll try it—even if it’s something I think will be akin to peeling the skin off my face with a cheese grater. I give that courtesy because 1) we’re dating and I should be taking an interest in you and 2) who the fuck knows, I may be a gigantic idiot, and this may be awesome.

Carrie does not share this level of openness. I quickly began to mentally curate “my” suggestions to things up her alley so I don’t have to spend an hour listing 46 potential movies for the evening. Her suggestions are not curated and have about a 14 percent hit rate. The last time we NetflixParty’d a movie, I spent the entire time playing a video game and multitasking.

Oh, right, sex. It’s been so long since I’ve had it that I almost forgot it exists.

Carrie and my talks about sex started out frank and open—hey, a good thing!—but have ceased to exist. There’s no point. She is completely closed to sexting/FaceTime sex/etc. A complete nonstarter for her. I respect that as a personal decision and understand the risks that women (far more so than men) take in these situations.

Now that I’ve spent several paragraphs bitching about a seemingly doomed relationship, allow me to present the dilemma: Would I have noticed these things if we weren’t in quarantine? Would our physical chemistry have been strong enough that these issues would seem minor—or not be issues at all? Am I being unfair to this woman by comparing her to my ex? Am I just picking at things because I’m miserable, bored and stuck in my hometown?

And, if my instincts are right, how do I go about telling Carrie we should no longer talk? The implications of a “breakup” talk here are more awkward than usual. There is no “easy” way to let her down. She knows I’m a relationship-oriented, monogamous person. And she knows that I’m not choosing to end things with her because I found someone more compatible. The only people I see on a daily basis are my mother and my grandfather. Unless I want to hop on Bumble and match with the girl from my 6th grade homeroom who smelled kinda funky, the options here are nonexistent.

Breaking things off with Carrie would, essentially, require me saying “I would rather spend an indefinite, sexless, miserable quarantine alone than spend it with you.” No matter how I phrase it, that is the implication. For as much as I’ve realized we’re very different, she is also a genuinely sweet, caring person. There is nothing “wrong” with her; she just may not be right for me.

All of this is without even mentioning the selfish impact. She may not be the one, but she is a person to pass the time with as the world crumbles. Does it make me a bad person that I’m hesitant to separate from that attachment? That I really don’t want to look into the endless, indefinite void and know there is nothing waiting for me? It probably does.

The best part of ending a relationship, no matter how painful, is knowing that someone else is out there. That eventually you’ll feel that jolt again—even if you don’t see it in the moment.

Ending relationships in quarantine means committing yourself to nothing. No jolts. No idea of when they return. Or what the world will look like when they can return.