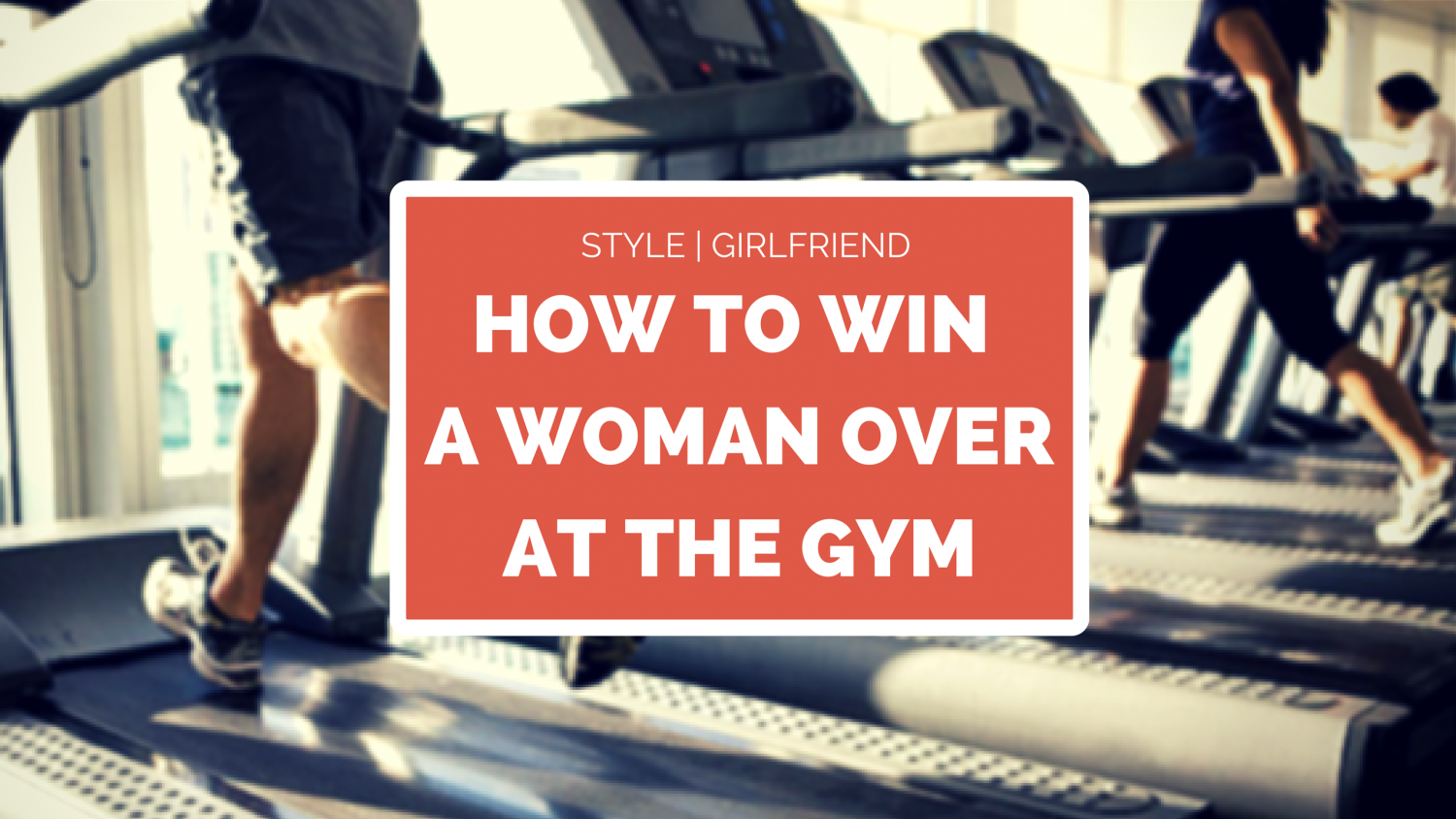 Summer is officially upon us. While the Dad Bod  may have been a thing for the winter (though I’m still skeptical it was ever really a thing), you want to look your best at the beach this weekend so you’re probably hitting the gym pretty hard.

You know who else is at the gym?

You know who I’m talking about. The one you always see on the treadmill a few rows in front of you who keeps her ponytail on fleek and her fan on high.

And you’d like to work up the courage to talk to her, but you’d also like to not have to quit your gym out of sheer embarrassment when you mistakenly compliment her thighs instead of her eyes.

Below, tips on flirting at the gym the right way:

Don’t worry. You can do it. If you do it right.

Because let me tell you, as a woman, nothing can make me feel more exposed than being hit on at the gym — if it’s done wrong. Yeah, I’m pretty confident, but I’m also conscious of the fact that everything is on display at the gym. I’m usually sweaty, not wearing a lot of clothing, and doing things with my body you wouldn’t see me doing at say, a boozy brunch.

First, what not to do

Even looking a second too long while I’m holding a plank will make me uncomfortable. Yeah but she looks good and I’ll just say something charming and she’ll totally meet me at the juice bar later, you’re thinking. Patience, cricket. There could be a juice bar and a shared protein shake in your future, but you need to work up to it.

After all, you wouldn’t double your deadlift weight all at once, would you? No, because you’d get a hernia and kill any game you had going with the hot trainer spotting you. Instead, you add weight little-by-little.

Once I walked into yoga class and set up my mat like normal. Next to me was a guy who I’d seen in the studio for the past couple weeks. He was good looking and all, but I was dating someone at the time. Still, we were in the practice of doing the friendly head-nod acknowledgment when we came into class.

I realized he has looking at me, so I looked over at him. He leaned toward me and whispered “I’ve seen you in here before. You’re really flexible.” I half-laughed because that’s what I do when I’m uncomfortable. He continued to look me up and down, and continued,, “Mmmm yeahhh. I bet I could bend you like a pretzel.”

Pause for that one to sink in…

Ok, you’re thinking. That’s…not great. But I would never do that because I’m not a total creep.

No, you’re not, but you can still crash and burn without even realizing you are doing so.

Another time, my friend was in the weight room, doing her thing, when an attractive guy approached her. He smiled, she smiled. He opened his mouth to speak and began to correct her form, telling her she was “doing it wrong.” He grabbed the weights from her hands to show her “the proper way,” and then suggested they grab a coffee later. She declined.

Why? Because insulting a woman is not endearing. I don’t care what The Game tells you, condescending is not cute. If you truly believe someone in the weight room, guy or girl, is about to hurt themselves, go find a trainer to intervene.

So what to do when you’re interested in a lady gym rat, instead?

Like I said, build up to an interaction, but within boundaries. The following times and locations are strict no-flirt zones:

Start with a smile and head nod if you recognize someone from previous classes. Then, build up to a “hey!” next class. Afterward, say something general about the class. Anything about the teacher/music choice/a particularly hard interval. And then say “See you next time!” and when you see her next time, repeat the same smile/hello routine, but after class introduce yourself (“I’m Chip”).

Or, if you’re inclined, just combine all of the above into one interaction. Comment on the class, introduce yourself, and go from there. Though I wouldn’t  encourage an introduction and an immediate dinner proposal. A “Same time next week?” can go a long way, and then you’ll not only both be more inclined to come to class, but you’ll already have established a baseline for communication.

At the juice bar/any common or social space

Again, if you’ve seen her before, do the whole eye-contact/smile thing, but you can probably introduce yourself a little faster because you’re in a more social space. “Hey, I’ve seen you around before. I’m Mark, by the way” (extend your hand here) “I’m completely addicted to the berry blaster shake,” (laugh genially as you pick up your drink from the counter) “What’s your name/smoothie of choice?”

Basically, you need to make it clear to these women that you want to get to know them outside of their Lululemon leggings (not that you’re just looking to get into them). Sure, you might need to reference fitness to break the ice: “Hey! I see you’re wearing a Big Sur marathon shirt, I ran Chicago in 2013–how many have you run?” Everyone has a life beyond the gym, so when you strike up a conversation, keep that in mind.

Listen, I know this may all sound like duh, Lizzie, but trust me. At the gym, a place that is so much about bodies, weeding the winners out from the duds comes down to conversation. If you’re looking me in the eye, not the sports bra, and talking about something that doesn’t involve whether or not I can do the splits, then you’re already a couple of reps ahead of everyone else in the room (see what I did there? gym puns).

HAVE YOU EVER TRIED STRIKING UP A ROMANCE AT THE GYM?

Any horror stories? Success stories? Any “our eyes met over the pile of freshly laundered towels, and we’re getting married next weekend” inspirational stories? Share ‘em in the comments below