Know Your Cap: 5 Baseball Cap Styles For Every Guy
Skip to content

Our Guide to the Best Baseball Hats for Men and How to Wear Them
What's your go-to topper? 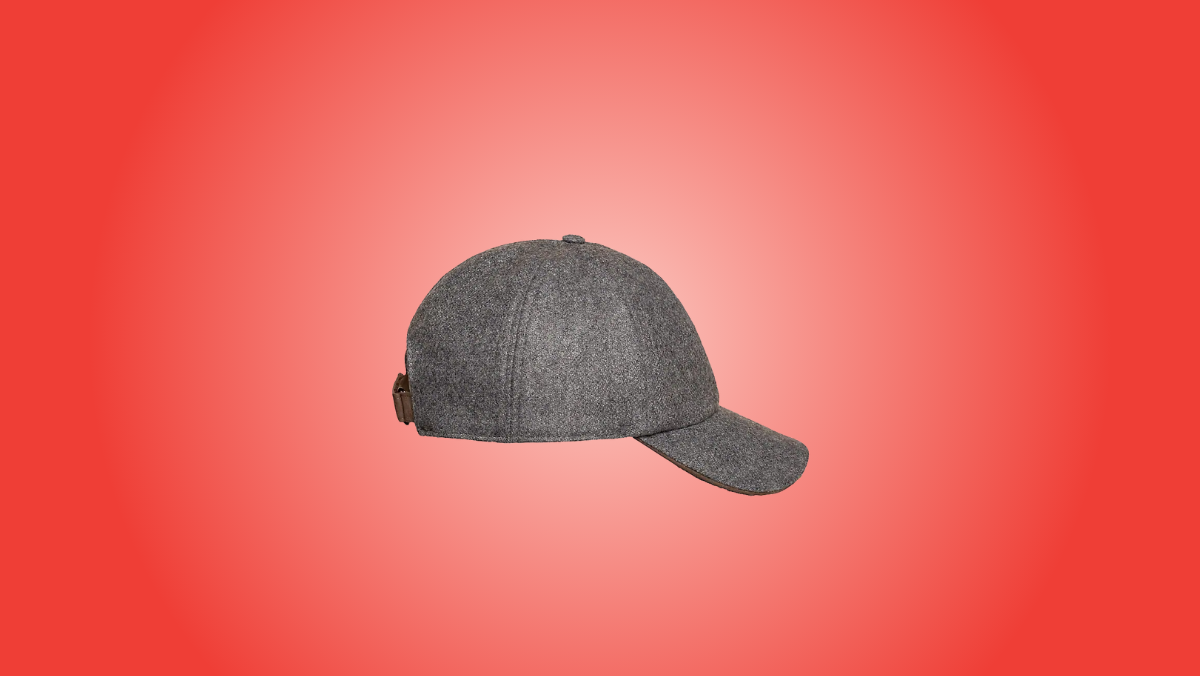 Aside from watches, there are few accessories men feel more impassioned about than hats.

The best baseball caps for men.

An SG follower once put it to us, “You’re either a hat guy, or you’re not.”

While this might be true—it’s not so simple. A quick poll of a few members of the SG braintrust (read: our guy friends) revealed that, for guys who give a lick about looking good, a well-chosen cap can go a long way.

For some, it’s a personal signature and weekend fixture. For others, baseball cap styles are an easy way to put a casual finishing touch on an otherwise more put-together look.

And then there are those who feel a baseball cap is only for keeping your hair out of your eyes while driving with the windows down and sunroof open.

Practicality, personality, bald spots…the point is: there are a million reasons we love and fully support guys rocking baseball cap styles with panache and confidence.

When it comes to choosing your hat style, everything from team loyalty to coastal heritage can come into play. There are so many different types of hats for men and being familiar the different types of baseball caps is also critical so you can figure out which one suits you best.

Keep scrolling for how tips on how to wear a baseball cap, and some options to shop

What you’ll find in this article:

What is a fitted cap?

A fitted cap is a brimmed hat has no closure in the back at all.

SG’s verdict: At SG HQ, we’re of the mindset that fitted caps are all about showing love. For a team, for a city, even for a well-loved brand.

That’s why our favorite versions—and the ones most highly endorsed by the fashion braintrust at large—rep cities, teams or even a brand (like Nike, for example).

The tl;dr? Don’t just pick a fitted cap off the shelf because you like the color! That would be weird. Instead, choose your allegiance and get the size right (oversized hats are not a thing).

Another note? Take the stickers off!

We’ve seen a lot of chatter about this topic in the past, and the consensus is definitely, peel ’em.

What is a dad hat?

Dad hats are a little less structured than fitted caps, and have an adjustable closure (often metal or leather) in the back.

They’re usually super-simple, and often embroidered with silly or ironic images or slogans, rather than a sports team’s logo.

SG’s verdict: If you’re worried about looking out of touch or not in on the joke, don’t be. By now, the dad hat is ubiquitous and the style is too cool and comfortable to pass up.

It’s also great for guys who want to rock a hat but don’t want to rep a sports team on their headwear. We’d also rank dad hats among the best baseball hats for small heads because they’re designed to mimic the shape of your head; not too tight not too loose, and you can easily adjust them to fit without changing the overall aesthetic or shape.

Your best pick: You might have had a Polo Ralph Lauren version (you remember, with the polo horse?) back in the late 90s or early aughts. Since everything old is new again, you could go with that same style in 2021.

Otherwise, consider opting for something a little more offbeat.

What is a snapback hat?

A snapback hat is one where the adjustable closure in the back is made from plastic. You can make the hat larger or smaller by snapping the buttons on one side into the holes on the other. These along with dad caps are great options for twill baseball caps.

SG’s verdict: The snapback has been adopted within just about every “style camp” you can imagine, from streetwear to athleisure, preppy, hipster, California cool… We could go on.

Your best pick: On a practical note, dark color caps will go with most anything, and best hide signs of frequent wear (sweat on the inner band, anyone?).

A 5-panel cap is a hat with a more shallow crown, and often a flat bill. You can see in the picture above four of the five “panels” referred to in its name – one in front, two on the top, and one each on the side.

SG’s verdict: What started as an ’80s skater thing, then turned into a Brooklyn hipster-on-a-bicycle thing, has now become a surfer-hipster-city dweller-anyone-with-a-head thing.

Meaning? With the right outfit, we definitely dig it.

Lean into its skater roots by pairing it with workwear pants and a coach’s jacket. Or, keep things casual in joggers and a hoodie.

It’s also probably the only style of hat that looks cool with an all-over print or pattern.

Your best pick: In most cases, anything overly fussy or busy in design looks foolish, but not so with a 5-panel cap. So if you’re a fan of this style, seize the moment and get bold with pattern.

What is a trucker hat?

While a regular baseball cap is typically constructed of cotton, the sides of a trucker hat are plastic mesh while the front is made of a stiff foam.

One other critical difference in the great trucker hat vs. baseball hat debate is that trucker hats are also generally taller than most baseball caps.

SG’s verdict: I’ll be honest. We were tempted to go with a hard-and-fast “No” on this one.

The trucker hat draws up cringe-worthy flashbacks to the Ed Hardy days of the 2000’s, and the truth is there’s not a ton of style appeal to this type of hat.

However! The mesh paneling does allow for a breathable, cooler fit. Which means, in certain settings (Camping! On a boat!), we give the trucker a pass.

Your best pick: Let’s just say…proceed with caution when it comes to trucker hats, and keep the occasion in mind.

No matter which type of cap you rock—it’s a personal preference, after all— there are a few guidelines to follow.

How to wear baseball cap styles with care:

The rules around wearing a baseball cap are changing. Hats used to be for weekends, errands and ballgames, of course.

Our advice used to be: don’t wear a hat anywhere you wouldn’t wear a t-shirt.

But that’s not true anymore!

If the men of Succession have taught us anything, it’s don’t go into business with family. If they’ve taught us two things? It’s that wearing a baseball cap with serious style is totally possible.

When it comes to wearing one with sports teams, brands and logos…anything subtle and/or obscure is best. Think long-retired team colors, and vintage brand names. It’s counterintuitive but the most trendy baseball hats for guys are actually the most classic.

Most important? Be proud of the baseball cap styles you choose to wear. Don’t stress too much about what you think might be a “cool” baseball cap and instead focus on the one that feels right for your day to day style. And remember, a cap doesn’t hide you.

On the contrary, it’s a huge indicator of your personal style, so embrace it and wear yours with confidence!

Wear it Well: Get creative with your outfit by juxtaposing floral shorts with a more rugged all-American baseball cap.

A linen henley is a great way to switch up your usual shirt routine, but keep in mind it may be quite thin and throw a white tee underneath. Round out the look by sliding on the most laid back of loafers with an espadrille feature.

A baseball cap is one of the best ways for a guy to instantly show something of his personality.

Women have tons of options for expressing themselves – skirts, dresses, weird culottes that you can’t tell if they’re shorts, or like…a romper, or something… Pile jewelry and accessories on top of that, and us ladies have about a trillion and two ways for her outfit to say, “This is who I am.”

Guys have – thankfully, or unfortunately, depending on how much you enjoy digging into your closet each morning – far fewer options to convey personality through their clothes.

So accessories play a bigger role.

A well-chosen baseball hat says a lot about a guy. Your chosen or inherited allegiances can be as much a part of your upbringing as Sunday dinners at your great aunt Melinda’s. Maybe more so.

That means, when a guy sports a baseball cap touting his beloved [insert team name here], it’s expressing a piece of himself the same way a woman might wear her grandmother’s wedding ring on a chain around her neck.

So what makes a great baseball cap? For starters, duration of ownership. Longer is better!

Think about it, your favorite hat is the one you’ve had since forever. Second, character. A great baseball cap’s brim is perfectly bent. Free of (visible) sweat rings, but bearing scuffs and fading from years of use – those marks show that your hat has seen you through a lot of life. And that’s a story we want to know more about.

Ready to upgrade your style?

If you’re excited to invest in some new duds but dread the thought of shopping for them…consider having Team SG shop for you! We’re obviously biased, but we swear it’s really great!

Let us rescue you from shopping fatigue and sartorial apathy. We can promise the kind of personal attention and care that will make you feel like the best version of the awesome guy you already are! If you’re ready for a style upgrade that’ll seriously improve your closet and your confidence, give us a shout.